Hard-hitting new posters have appeared in London that ask the question of whether we can really call ourselves a nation of animal lovers when we allow farmed animals to be treated so poorly? 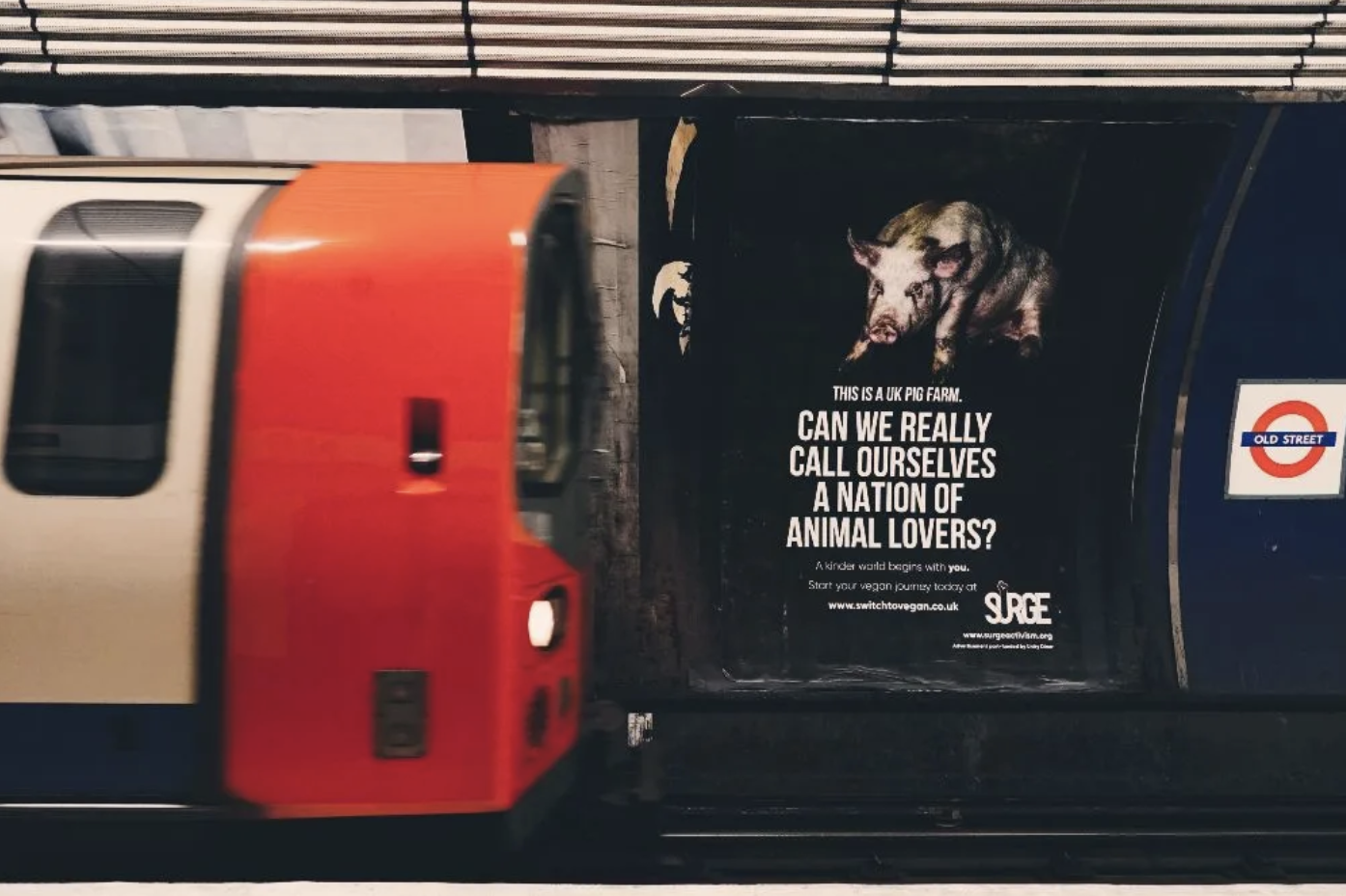 Eagle-eyed Londoners will notice new posters bearing the vegan message and encouraging the general public to wake up to the realities of animal agriculture as animal rights organisation Surge launches its second poster campaign of the year in the capital.

The posters, which have been funded via donations to the non-profit organisation and proceeds from Unity Diner, have been strategically placed in a number of London’s busiest underground station, including Oxford Circus, in a bid to reach three-quarters of a million people during the campaign.

The hard-hitting campaign features a poster bearing the image of a pig taken in a squalid conditions standard UK pig farm that poses the question to passers-by: “Can we really call ourselves a nation of animal lovers?”

Explaining the message of the campaign to Plant Based News, Co-founder of Surge, Ed Winters, said: “In the UK we pride ourselves on being a nation of animal lovers, yet everyday millions of animals are suffering because of the choices that we make.

“Our aim with these advertisements is to hopefully encourage people to realize the contradictions of claiming to love animals whilst also paying for animals to be killed on our behalf.”

Winters said that the organisation has opted for a more direct message that shows the public the grim reality of animal agriculture, adding: “It was really important to us that we shone a light on the reality of what is happening to animals,” he added. “When you stand and look over the platform at the poster it’s almost like you are looking directly into the farm itself, it exists as a window into a place that is normally hidden from view.

“The image, without being graphic, shows the brutality of the industry and the fear that nonhuman animals feel everyday of their lives. The emotion in the eyes of the pig is so undeniable and the way the pig is looking straight ahead creates an instant connection between the victim and the consumer. The question then becomes, in that situation would you help or hurt the pig?”