Amazon chief Jeff Bezos has pledged $10bn (£7.7bn) to a new fund in a bid to tackle climate change.

Jeff Bezos, who has a net worth of $129.9 billion making him the world’s richest person, has launched a $10 billion dollar fund, the Bezos Earth Fund, to tackle what he describes a “the biggest threat to our planet” – climate change.

Taking to Instagram to announce the news, he wrote: “Today, I’m thrilled to announce I am launching the Bezos Earth Fund. Climate change is the biggest threat to our planet.

“I want to work alongside others both to amplify known ways and to explore new ways of fighting the devastating impact of climate change on this planet we all share.

“This global initiative will fund scientists, activists, NGOs — any effort that offers a real possibility to help preserve and protect the natural world. We can save Earth. It’s going to take collective action from big companies, small companies, nation-states, global organizations, and individuals. ⁣⁣⁣

⁣⁣”I’m committing $10 billion to start and will begin issuing grants this summer. Earth is the one thing we all have in common — let’s protect it, together.⁣⁣⁣” 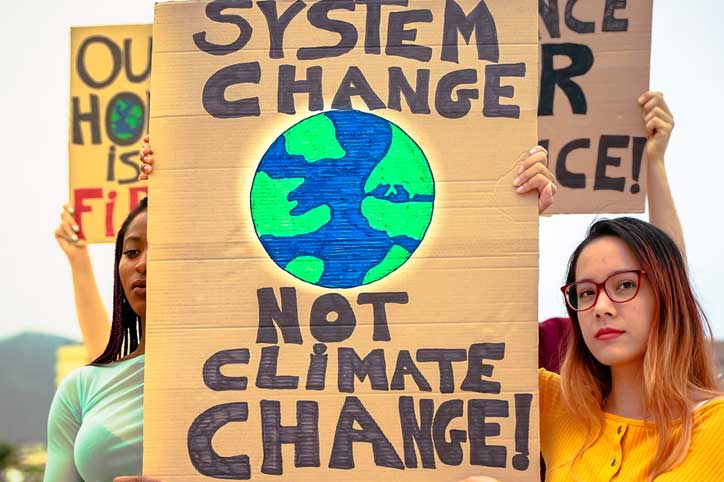 Whilst many have praised the billionaire, Amazon Employees for Climate Justice have urged the company to stop working with oil and gas companies and to stop using diesel trucks in favour of electric vehicles to lower its greenhouse gas emissions.

“We applaud Jeff Bezos’ philanthropy, but one hand cannot give what the other is taking away,” the group said.

Last September, Bezos said the company was working towards becoming carbon neutral by 2040 and vowed that the company would order 100,000 electric delivery trucks to lower its emissions.

Greenpeace USA has also criticised the move, saying Amazon still had “massive climate issues,” and asking: “Why won’t Bezos lead by cleaning up his own house?”

Employees at the company have also recently made their feelings known with hundreds signing a blog criticising the online retail giant’s climate policies and demanding it do more to tackle climate change.