Vegans have hit back at plant-based food company Alpro after it sent out a poorly worded Tweet that appeared to suggest we should all eat animal products if we want to eat a healthy, balanced diet. 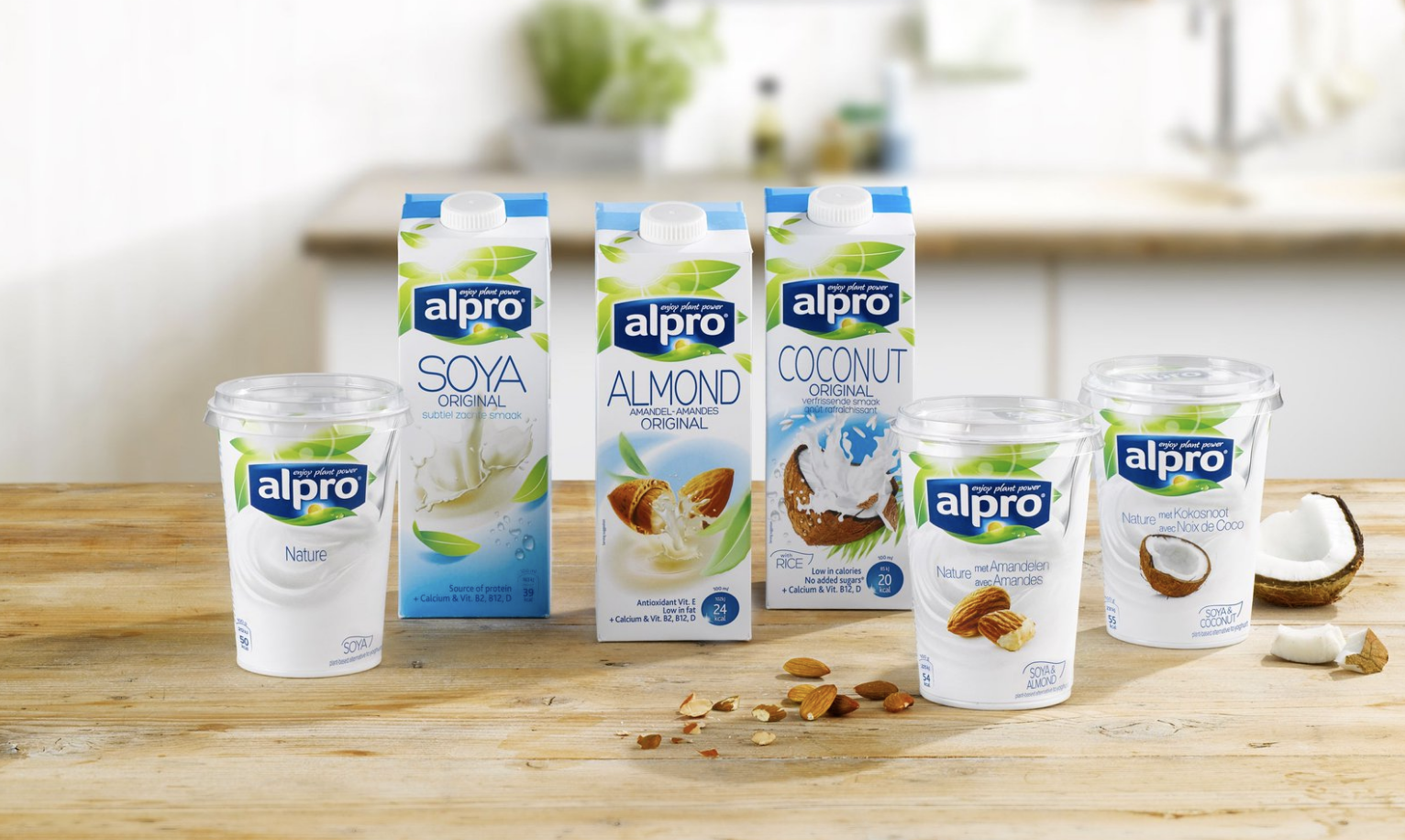 The company said in a Tweet sent on Monday that “a healthy diet consists of two thirds of plant based food and one third of animal based food”, adding that their range would help plant-based and vegan customers get the right balance, without the need for animal products. The Belgian company says it specialises in “making sustainable and tasty plant-based foods” but the post attracted particular derision after being met with open mouths from some readers, with some believing that Alpro are now pushing animal products, as the company were taken over just three months ago by the dairy multinational Danone.

A healthy diet consists of 2/3 of plant based food and 1/3 of animal based. With Alpro we offer alternatives to help you set the balance! pic.twitter.com/QeDdYZQQNP

Cue angry comments from the company’s legion of vegan followers.

Lisa Grenfell fumed on Twitter: “Oh please correct this. No one needs any animal based produce. I’m 100% plant based and very healthy!”

@Alpro Oh please correct this. No one needs any animal based produce. I’m 100% plant based and very healthy!

Louise Mac, meanwhile, gave the advert a “big thumps down”, and Nikki Chetwynd said the company had worded their comments “badly”.

Clairy Mare O’Sullivan, meanwhile, added on Facebook: “I agree that it’s hard to please everyone. I just think they went entirely the wrong way about it. Saying eating animal products is healthy when a massive amount of your customer base is vegan was a very bad marketing move.”

To make matters worse, many vegans have accused Alpro of responding to the online criticism in a “rude”, “patronising” and “arrogant” manner, rather than explaining what they really meant by the Tweet, which has only further angered some already disappointed and annoyed customers: 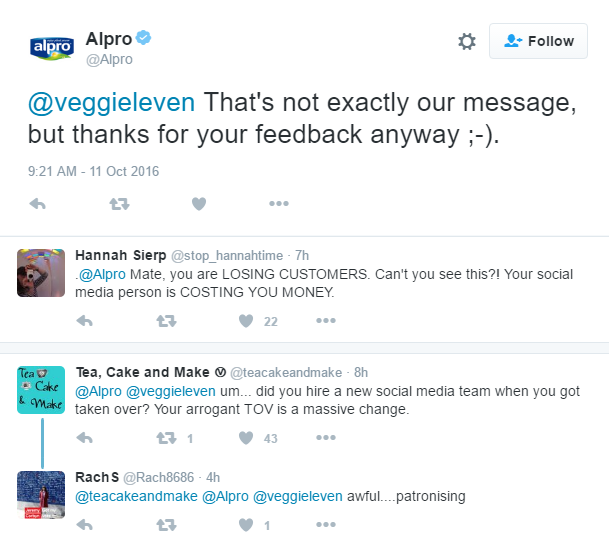 However, Alpro have responded, though, telling its customers: “We made a mistake and we’re really sorry. It was a genuine case of wording a tweet poorly, which didn’t convey what we meant at all.”

Hi all, we made a mistake and we’re really sorry… pic.twitter.com/iZK0KGVFFb

The company adds: “We didn’t mean to imply that you need to eat meat to have a healthy diet. In fact, quite the opposite – we would encourage everyone to eat more plant-based foods.”

Perhaps next time, Alpro could take a look at their Swedish competitor Oatly, whose response to the situation is brilliant:

A cool diet consists of 3/3 of plant based food. Just saying. pic.twitter.com/EZGg7bXY6D