The highly-anticipated vegan burger from Beyond Burger is launching in All Bar One restaurants across the UK from today. 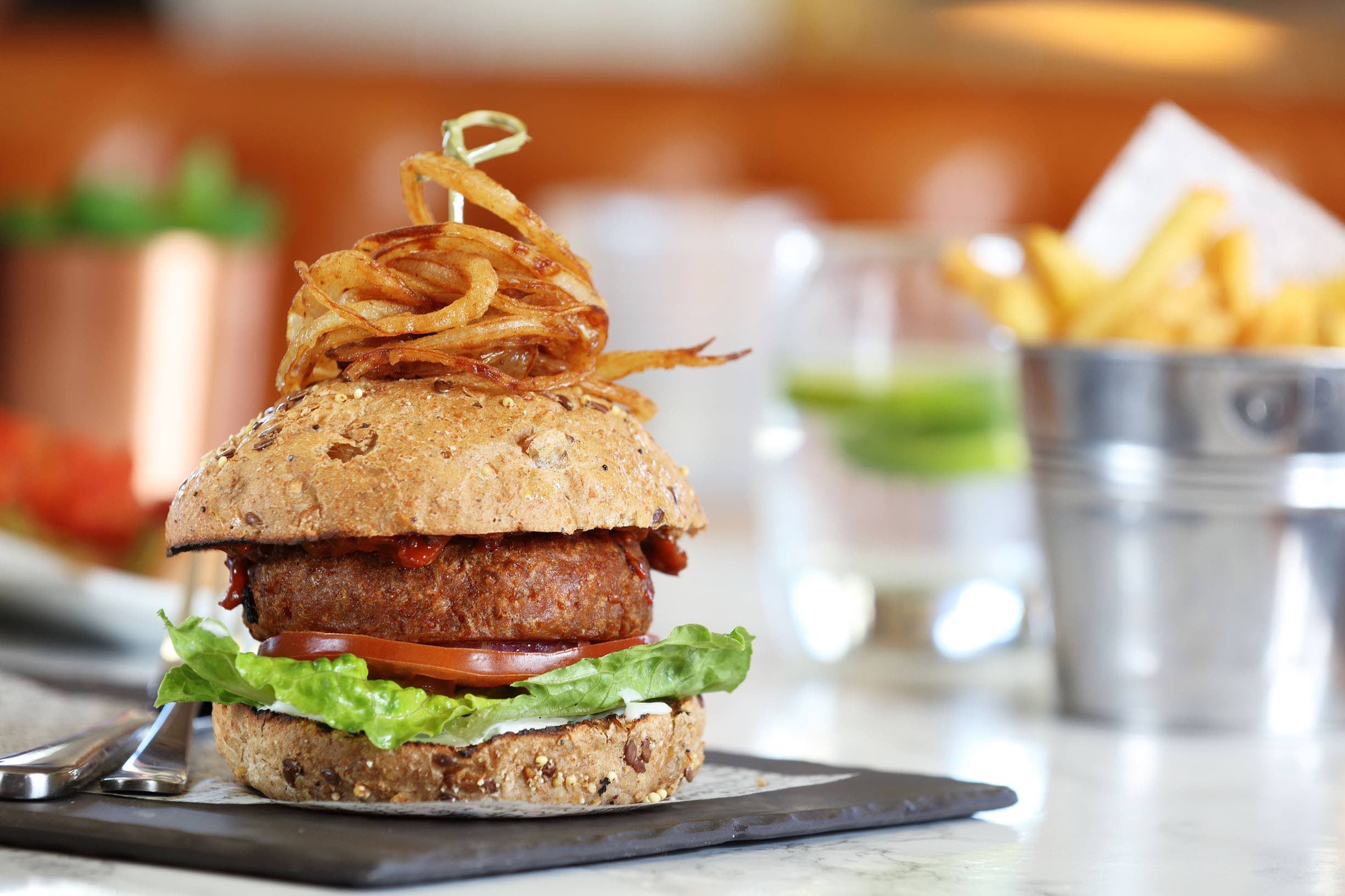 Hot on the heels of the news that the Beyond Burger was (finally!) launching nationwide in Honest Burger restaurants, All Bar One has announced that it will also be adding the plant-based patty to the menu nationwide from today.

The vegan burger, which has taken the world by storm with its meaty texture and taste, as well as the fact that it appears to ‘bleed’ when cooked thanks to the addition of beetroot to give the burger it’s pink colour, will be served in an ancient grain bun with vegan cheese, mayo, lettuce, onion and tobacco onions at All Bar One.

In a statement, Operations Director at All Bar One, Alex Dawson, stated: “All Bar One has embraced the popularity of veganism and we are excited to introduce the Plant Based burger with Beyond Meat ® to our existing menu. As the bar brand with the most momentum on the high street in the eyes of British consumers, we are proud to be the first nationwide bar to introduce this new innovation to our food menu.”

All Bar One saw an incredible 50% increase in the number of dishes sold from their popular Veganuary menu this year, prompting the chain to add a whole host of new vegan options to the menu, including Chilli Non Carne Tacos, Tempura Seasonal Mushrooms and a range of salads.

Image credit: All Bar One