Aldi has officially won Veganuary with a duo of vegan Biscoff cupcakes priced at £1.09.

Aldi, we knew you could do it. The budget retailer has officially won Veganuary with its duo of vegan Biscoff Cupcakes which cost just 54p each. Who can resist that?

The new cupcakes feature the supermarket’s own brand version of Biscoff ‘Caramelised Biscuit’ and have caused a stir on Instagram as they bear a remarkable resemblance to the original Biscoff spread.

If you don’t like Biscoff (who doesn’t) Aldi also has a duo of rich vegan Chocolate Cupcakes which could make any chocoholics dreams come true.

The cupcake sensations join dozens of new vegan products hitting the shelves this Veganuary, as over half a million people signed up to the annual vegan challenge.

Aldi hopes to double its Veganuary sales this year, and with an extensive new vegan range, we can see why! 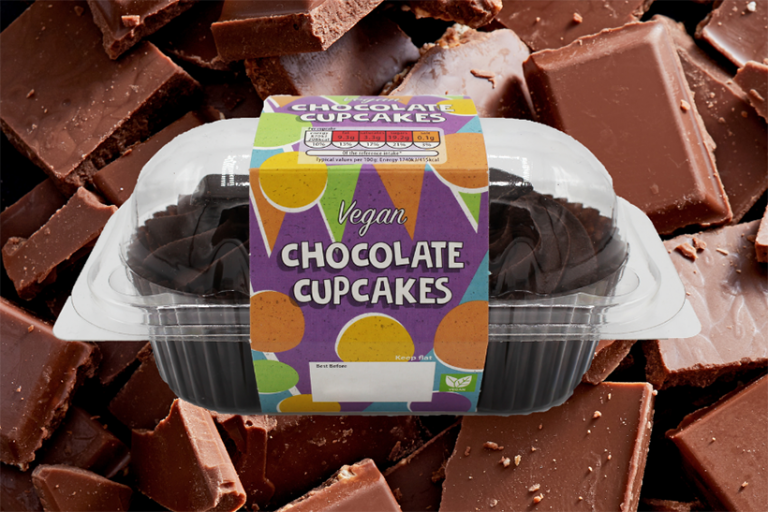 Aldi has really pulled out the stops this Veganuary, with new products from flavoured yoghurts to power bowls to melt in the middle puddings.

Our top picks include:

There are over 20 new vegan products in Aldi this month, so it’s definitely worth having a browse if you feel safe to do so during the national lockdown.

You can find both the Caramelised Biscuit Cupcakes and Chocolate Cupcakes in all Aldi stores now for £1.09 per pack of 2.

Fancy a takeaway to go with your decadent new dessert?
Here are the best vegan takeaway recipes you can make at home.