Aldi is expanding its affordable vegan sandwich range with three new options that are priced from just £1.79.

The budget retailer says that it is adding the new options to its offerings in a bid to ‘cater to the growing number of vegans in the UK’.

Landing just in time for Veganuary, two of the three new sandwiches are available in Aldi stores now, with one to follow on January 16.

They include a meat-free version of a BLT, called the VLT, and a vegan duck wrap which are available now, and a fish-free prawn sandwich which will be available from the 16th Jan.

According to the retailer, its Plant Menu Vegan Deep Fill VLT Sandwich (£1.79) offers a ‘twist on a British classic’. It boasts brown bread stuffed with vegan bacon, tomato and lettuce.

As Aldi tries to deliver good quality at a more affordable price, Aldi’s version of the VLT costs 45 per cent less than Pret’s equivalent.

Meanwhile, it says its Plant Menu No Duck Hoisin Wrap (£2.19) will give diners a ‘taste of Asian cuisine’, featuring meat-free duck, crunchy red slaw, lettuce and finished off with a tangy, sticky hoisin sauce.

It offers the ‘delights of a prawn cocktail, without the fish’, with a vegan prawn alternative, lettuce, and creamy, vegan cocktail sauce. 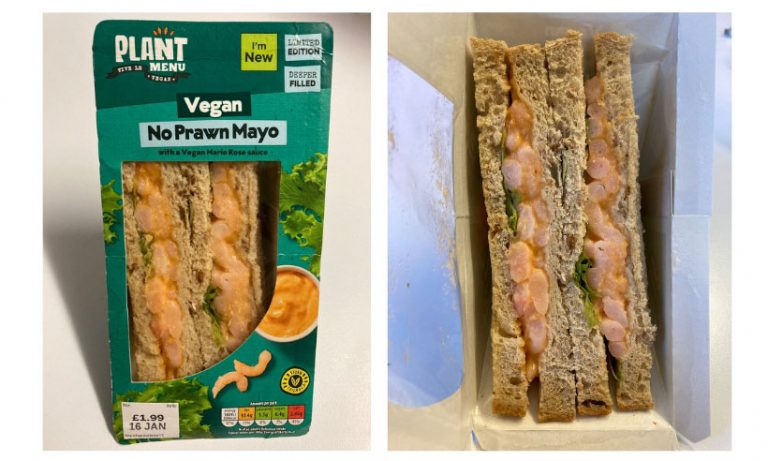 One of its latest additions is a large dairy-free cheese offering, including own-label products as well as big name items like plant-based Babybel and Applewood Vegan.

Among its own products are its Plant Menu Vegan Soft Cheese (£1.99) available in classic plain or garlic and herb flavours.

Aldi’s Plant Menu Vegan Cheddar Style cheese is also back in store due to ‘popular demand’. Retailing at £1.99, the cheddar alternative is available in three varieties: block, grated, and sliced.

Want to know what else has launched during Veganuary 2023? Check out our round-up of Veganuary product launches that have started to appear on the shelves