New adult comedy ‘Adventure Beast’ promises to show us the adventurous side of wildlife conservation with a twisted view of nature.

A new animated adult comedy series ‘Adventure Beast’ has been announced by Netflix, and it promises to take us deeper into the wonders of nature than we probably should go.

The series gives a surprisingly compassionate view of deadly creatures as the Steve Irwin-esque main character puts his life in peril to rescue wild animals time after time.

But fans of adult animation won’t be left disappointed as the official trailer still hints at plenty of shock factor from astonishing and sometimes risqué animal facts.

The show promises visual displays of such gems as: “When the fulmar fears for its life it projectile vomits to defend itself.”

The funny-but-educational 12-episode series will drop on Netflix on 22nd October.

Each episode follows Bradley Trevor Greive, a semi-indestructible zoologist, as he travels the world studying and rescuing dangerous wildlife.

Extreme conservationist BTG is joined on his adventures by Bonnie, his favourite niece and fearless Junior Field Assistant.

The team is completed by fearful-of-everything Senior Field Assistant Dietrich.

As the trio adventure through jungles, deserts, oceans, glaciers and more, they constantly find themselves surrounded by dangerous and fascinating animals who are just waiting for a chance to kill them. 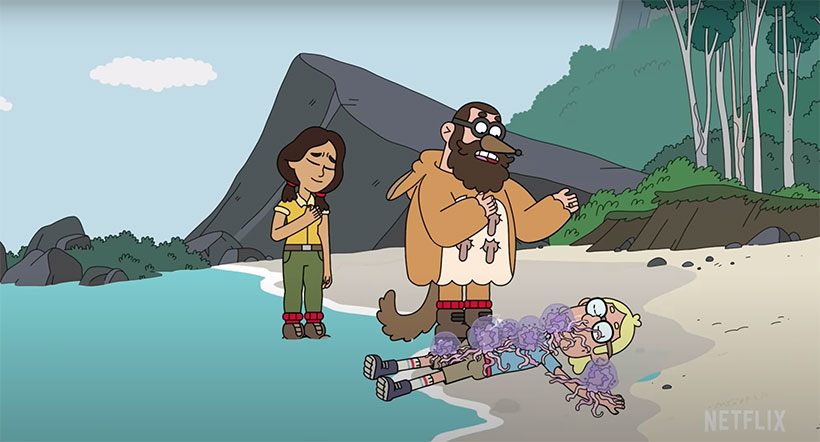 Whether the wacky escapades of BTG in “Adventure Beast’ are completely true to life remains to be seen.

Can’t be a jet-setting adventure activist like BTG? Why not create a wildlife haven in your own city instead?