A vegan start-up has veganised this popular pub snack so Brits can enjoy a ‘shame-free’ scratching with a pint. 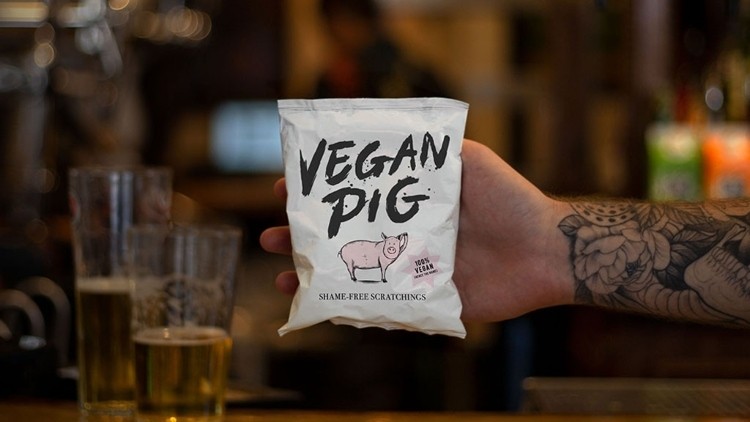 Pork scratchings are a staple bar snack in the UK, and they’ve just been given a vegan makeover by start-up brand Vegan Pig.

Describing how the veganised versions compare to the traditional snack, co-founders Josh Pearce and Sean Johnson told the The Morning Advertiser: “Our scratchings have a salty, crunchy skin layer, a soft crumby layer that melts in your mouth and, for a vegan product, it tastes surprisingly meaty.”

To give a realistic texture and flavour that will appeal to those looking for a cruelty-free version to munch on at the pub, the Vegan Pig flash fries soy pieces and seasons them with a secret spice mix.

Johnson told the Guardian: “It is a dirty meat substitute that tastes like it’s going to be bad for you, but isn’t actually that bad at all.

“It even has a dual texture so you have both the softer ‘fat’ bit you get in a scratching, as well as the crunchy ‘skin’ layer.” 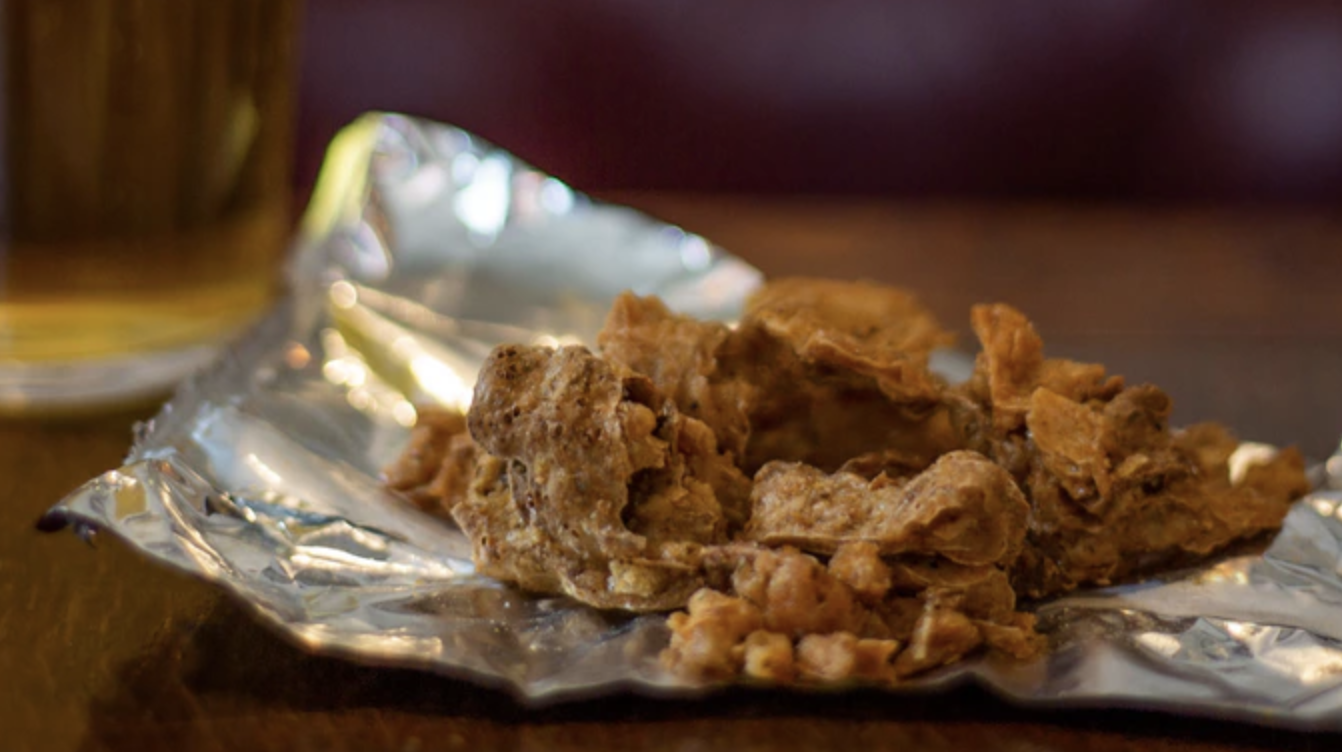 Speaking to The Morning Advertiser, Pearce explained how his curiosity to create a realistic version of this popular snack led him to create the product, saying: “A couple of years ago, we were sat in a pub chowing down on a delicious pack of pork scratchings and joked about what a vegan version might taste like.

“Curiosity got the better of us, so we began to research whether such a product existed. There were some vegan ‘pork rind’ products in the US that tasted and crunched like a stale prawn cracker, but nothing that had the delicious dual texture of both crunchy and soft – nothing that came close to a proper scratching.”

The company is keen to ensure that vegans across the country can enjoy this traditional bar snack and has big plans to stock them in pubs across the UK.

Detailing the company’s plans, Pearce said: “Our mission is to be the world’s first proper meat-free alternative to the humble pork scratching, sold in every pub in the UK. It’s going to be hard, but it’s a great challenge to set ourselves and it’s super exciting.”

Vegan Pig is currently raising funds via Kickstarter to help them scale up production so they can get their pig-free snacks in pubs and meet the minimum number of orders required to use 100% recyclable packaging.

The Vegan Pig’s Shame-Free Scratchings are slated for release in independent pubs in the UK this Autumn.