The eatery recently moved from Pamela back to Behind This Wall in Hackney, where it used to run as a pop-up, and they have some delicious new items on the menu for diners to try.

The new items on the menu include innovative delicacies such as vegan caviar, which is made from smoked carrot juice and kelp, vegan deviled eggs, lamb flat wrap, blood sausage, red braised pork, and sashimi.

While traditional sashimi consists of slices of rare meat or raw fish, the vegan version at Mao Chaw is made entirely from plants. To create the dish, the restaurant uses watermelon to create a product with a juicy, and surprisingly meaty, texture.

Speaking to the Metro about how they use the fruit to create the sashimi, owner Julia Denis said: “We vacuum pack the watermelon to collapse the cells which adds a dense texture to the watermelon flesh.

“We then freeze, thaw and brine the watermelon to finally achieve the desired texture and flavour.”

Explaining the process they use to create their realistic vegan eggs, owner Julian said: “The egg white is made from soy milk and black salt and then set with agar.

“The egg yolk is made using a technique called reverse spherification. The yolk consists of yeast flakes, black salt and sodium alginate. It’s placed in a mould and then frozen. 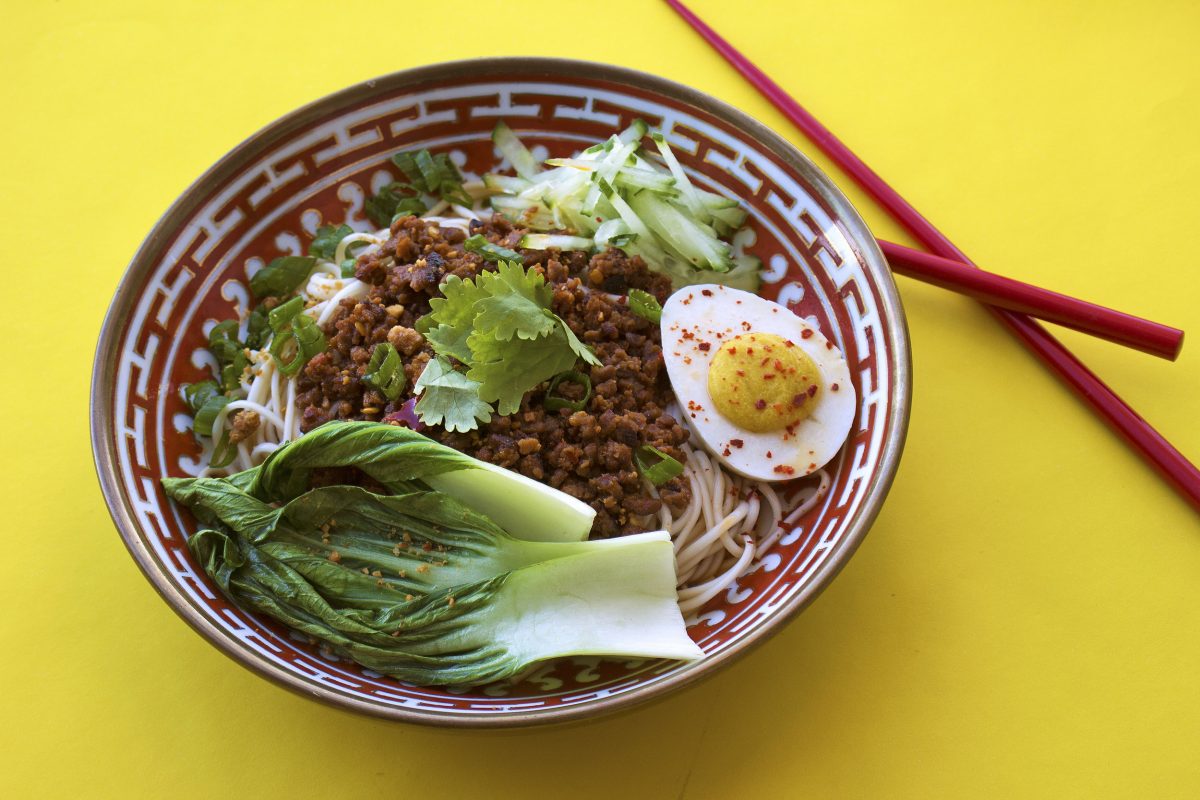 You can find Mao Chaw at their new residency at Behind The Wall 411 Mare Street, London, E8 1HY from June 7th.