A Syndey café is taking its junk food creations to the next level as it creates the world’s first deep-fried vegan Magnum ice-cream. 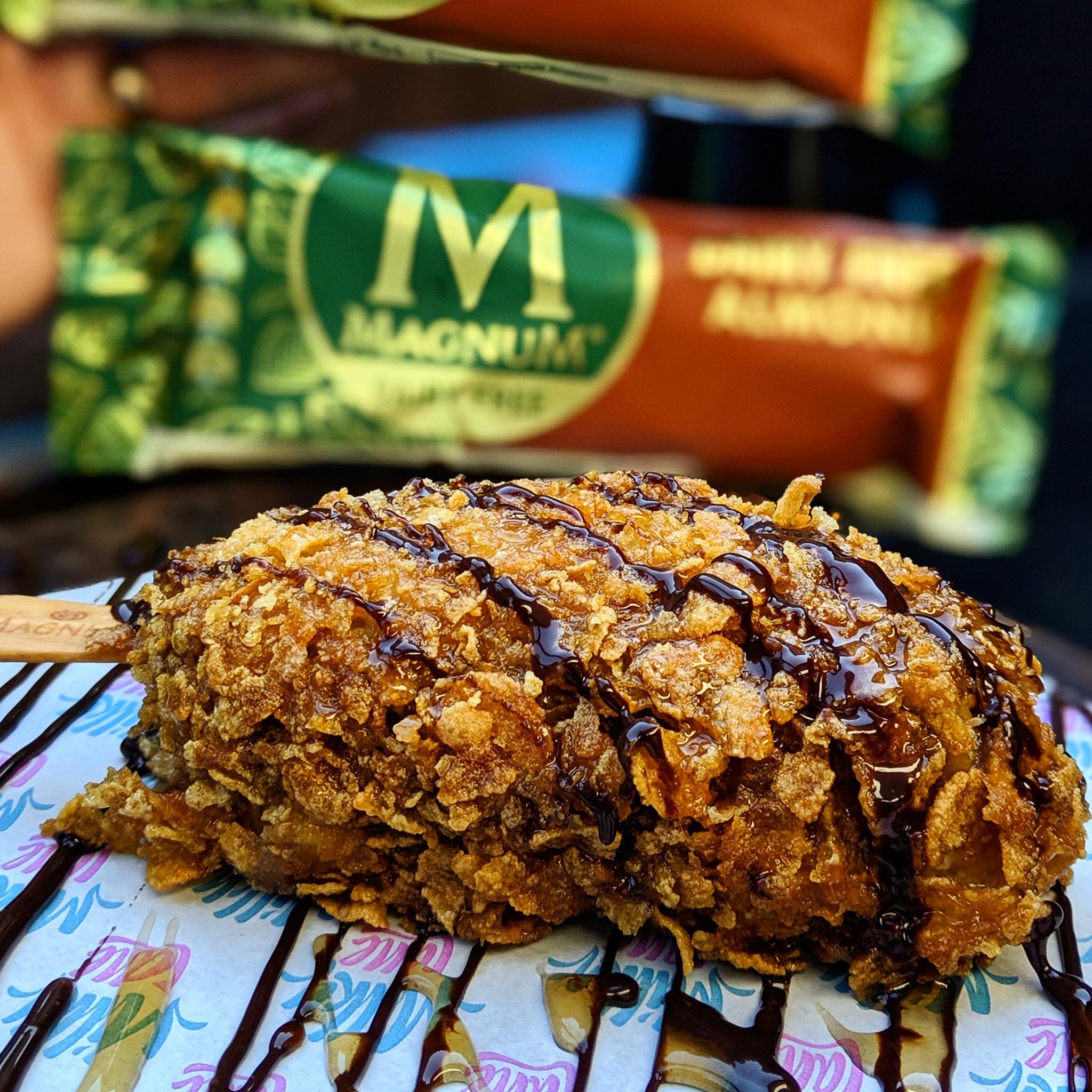 Milky Lane café in Sydney, New South Wales, Australia is making all of our vegan junk food dreams come true with its ridiculously decadent deep-fried vegan Magnum ice-creams, which they claim is a world first.

The completely vegan dessert is made using a vegan dairy-free almond Magnum which is smothered in maple syrup and coated in sweet biscuit crumbs before being dunked in in whipped coconut-milk cream and covered in corn flakes and deep fried to give a crispy coating with a melting middle. A drizzle of chocolate sauce and maple syrup is the final flourish on this over-the-top indulgence.

The belly-busting treat comes in at 341 calories before it is deep fried and the creator’s estimate that the frying process would up the figure to ‘around 400’ calories.

Speaking about the inspiration behind the calorific treat, Christian Avant, co-owner of Milky Lane, said: “The idea behind this treat was to mimic our famous deep-fried magnums, but obviously making it vegan.

“We swapped out the egg in the batter for coconut cream and swapped crushed Arnott’s arrowroot biscuits for Arnott’s ‘Nice’ biscuits, which make part of the crumb. It is then deep-fried in our dessert fryer which has no dairy or animal products cooked through it.” 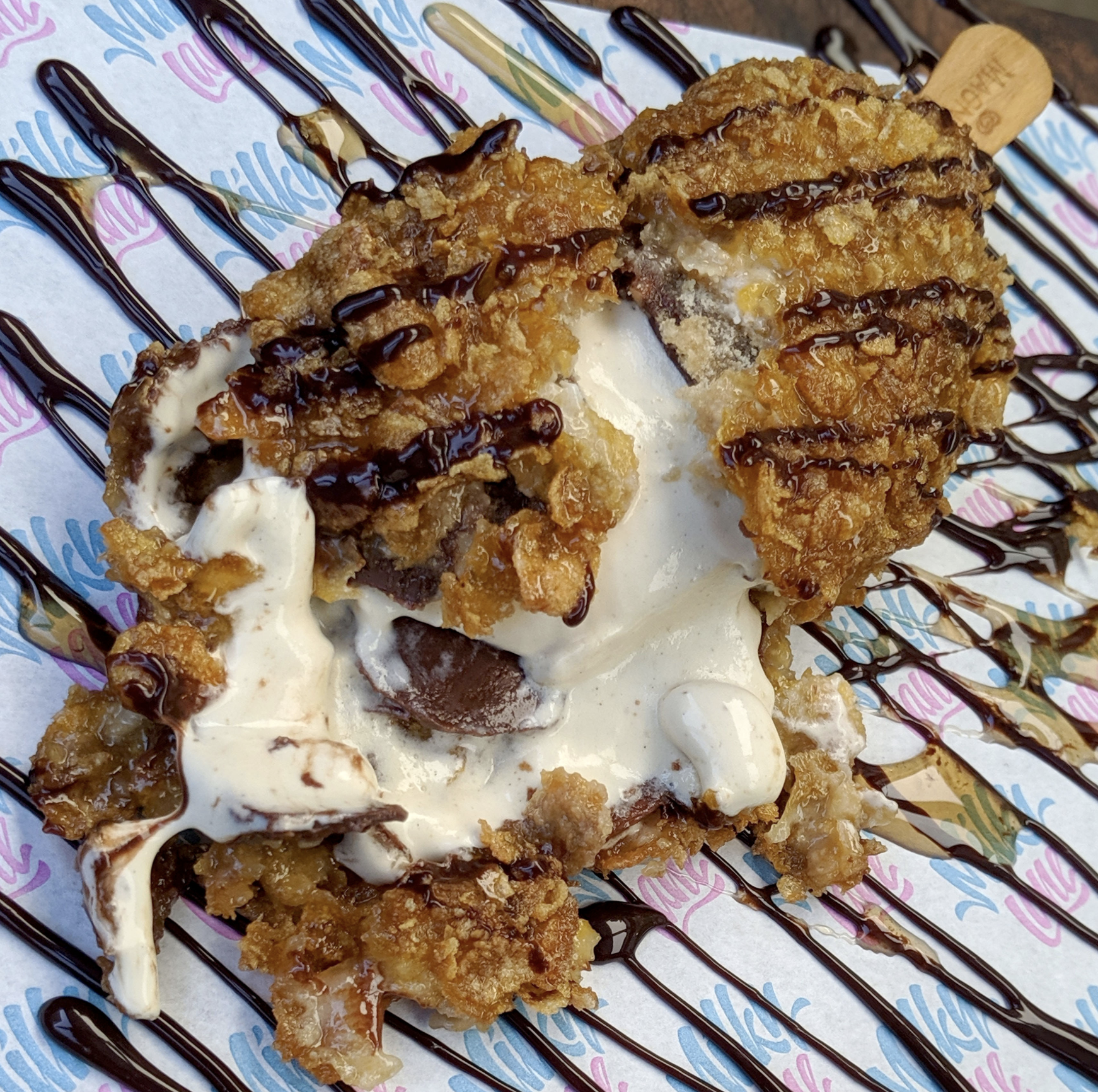 Customers will be pleased to hear that the fried treat is made separately to Milky Lane’s other non-vegan dishes to ensure the dish is not cross-contaminated.

“It took us a little longer than we had first hoped because we had to create a separate cooking area, source suppliers and of course, make sure that everything we created was over the top and seriously mouth-watering or indulgent, as with everything we do,” Avant explained.

The deep-fried vegan Magnum is at all Milky Lane locations across NSW for July.