Londoner’s looking to get down and dirty with some proper filthy vegan junk food need to head down to plant-based restaurant Halo Burger to try their decadent new menu additions. 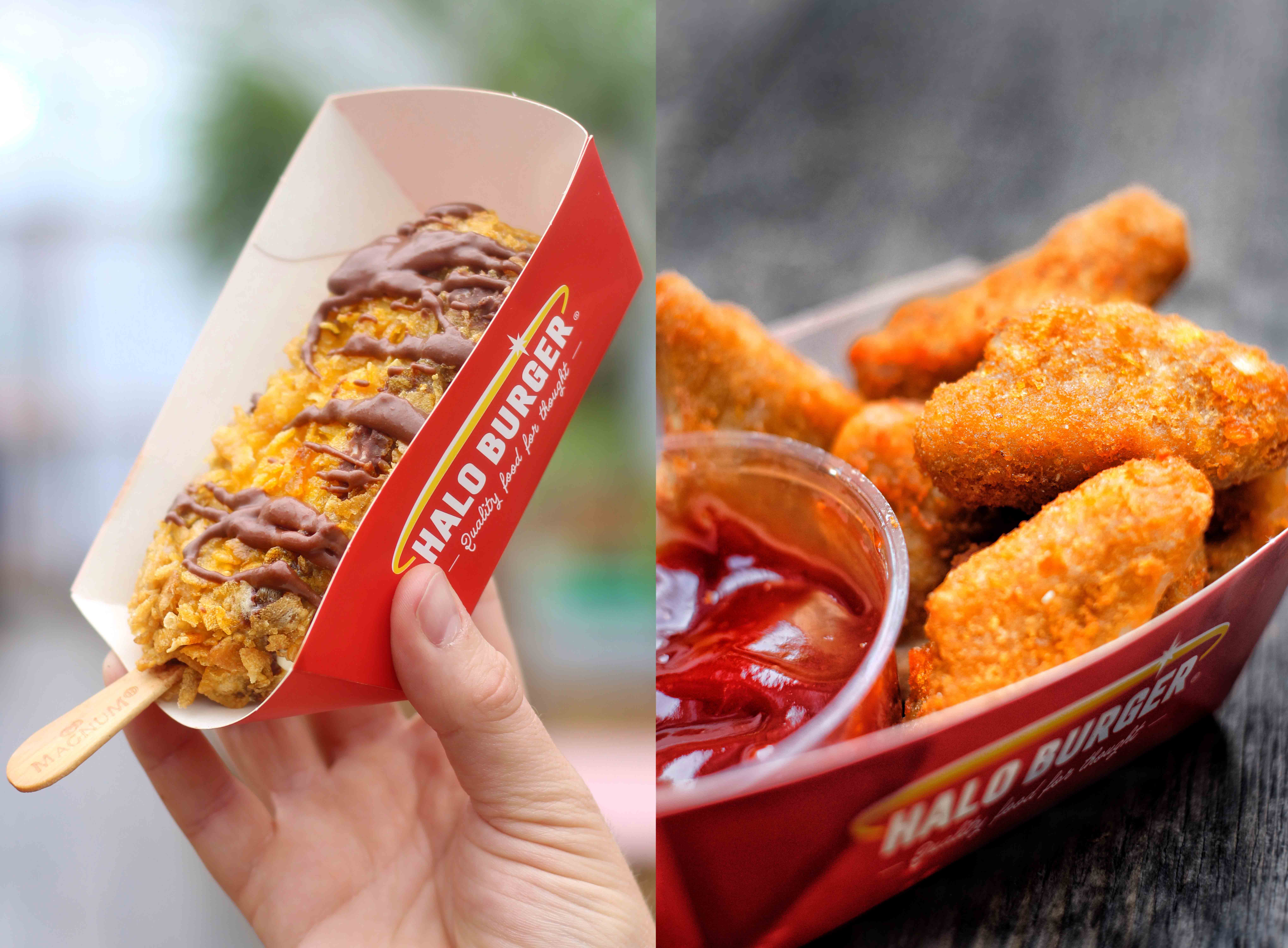 The Brixton-based restaurant had announced two new tasty options will be joining its menu – vegan ‘chicken’ nuggets from THIS™ and an irresistible deep-fried vegan Magnum ice-cream.

Halo Burger has teamed up with plant-based start-up THIS™ to add their realistic THIS™ Isn’t Chicken Nuggets to the menu. The crispy nuggets will fool even the most committed carnivore with their meaty taste and texture and come with your choice of BBQ sauce, signature sauce, ketchup or mayo.

The restaurant has taken a vegan vanilla Magnum and battered and coated it in cornflakes and crushed up biscuits before plunging into hot oil to create a “shattering shell with ultimate satisfaction-factor”. As if that wasn’t enough, the whole thing is then drizzled with a chocolate sauce for the ultimate sweet treat.

In a statement sent to Vegan Food & Living, Founder, Ross Forder said “The movement towards meat-free isn’t going anywhere. At Halo Burger, we’re expertly placed to showcase the best new food technology in a way that’s familiar for 99% of the population.

“We believe if the general public are given an option that tastes as good or better than their usual meat option, with the added benefit of fewer greenhouse gasses, less water used, and zero animal cruelty why wouldn’t they take it?”

The THIS™ Isn’t Chicken Nuggets will be available with 50% off from 13-16 August, with the Deep-Fried Vegan Magnum launching on Friday 16 August.