A London butchers is ditching meat for plant-based alternatives

One of London’s best-known traditional butcher shops will be the first to go completely meat-free next week after a takeover from plant-based brand The Vegetarian Butcher. 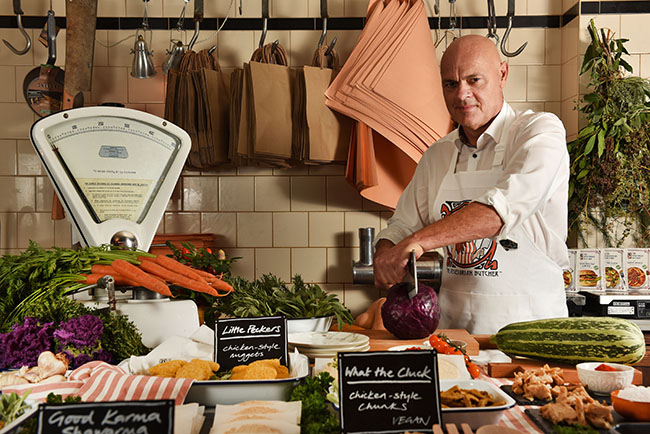 A traditional East London-based butchers, Hill & Szrok, is about to become the first butchers in the UK to swap meat for plant-based alternatives.

On Monday 30th September, the butchers will replace meat with vegan products from The Vegetarian Butchers ahead of World Vegetarian Day on 1st October to give a glimpse of what all butchers in the country could look like in the future.

The takeover will see the store selling a range of products such as Big Bangers (Cumberland-style sausages), What the Cluck (chicken-style chunks) and Magic Mince (beef-style mince) to entice customers to give meat-free options a try.

Instead of having the usual cuts of meat hanging in the window, strings of vegetarian sausages will be hanging from the meat hooks and plant-based mince will flow from meat grinders.

Customers will be able to purchase their favourite ‘cuts’ of meat with a plant-based twist for £1 – a 70 per cent discount off the usual price as The Vegetarian Butcher range launches in Tesco, Waitrose and Ocado this week. 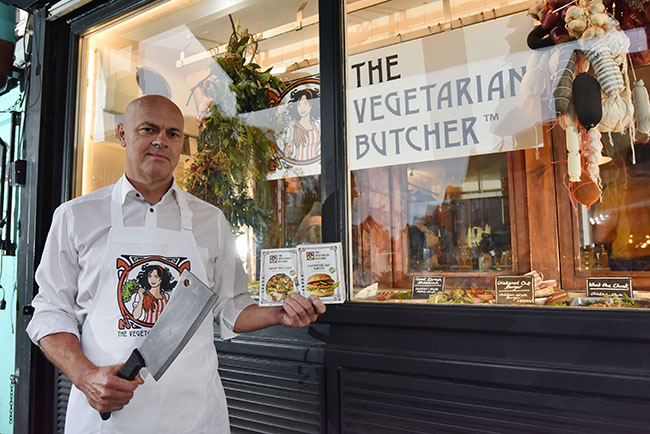 In a statement sent to Vegan Food & Living, Jaap Korteweg, founder of The Vegetarian Butcher, said:

“Many people think they should eat less meat for a variety of reasons, but they feel like they simply can’t live without it. They love the taste, juiciness and texture and feel that it’s the highlight of their meal. That’s why we’re taking over an iconic London butcher – because our products are so unmistakably meaty, customers don’t have to miss out on anything if they take animal meat out of their diet.

“By launching our new range in supermarkets across the country we’re showing the nation that there’s no need to compromise on great taste when you go flexitarian. Even food critics and Michelin-star chefs couldn’t tell our plant-based chicken chunks from actual chicken!” 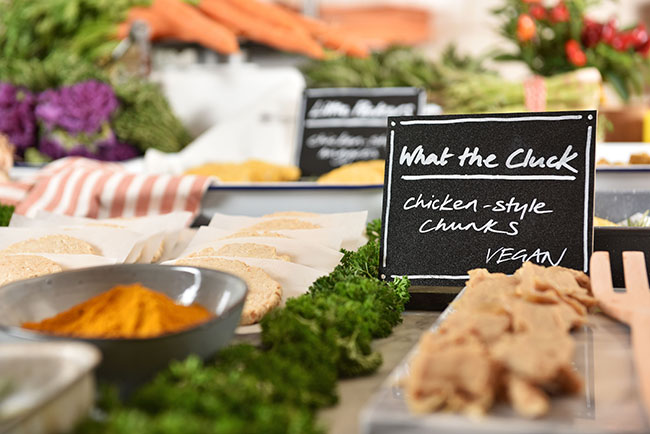 Korteweg, a ninth-generation farmer, was inspired to start The Vegetarian Butcher after realising he couldn’t face taking animals to the slaughterhouse but still wanted to enjoy the taste and texture of meat minus the cruelty.

The Vegetarian Butcher will be taking over Hill & Szrok at 60 Broadway Market (London E8 4QJ) by London Fields from 9am-6pm on Monday 30th September.

For those who can’t make the takeover day, The Vegetarian Butcher food truck will be taking to the streets of London, Bristol, Birmingham and Manchester from mid-October.