A plant-based company has teamed up with scientists to create a patch infused with the smell of bacon to help beat cravings for bacon.

According to the company the patch “allows any meat-aholic to get their fix of bacon and curb cravings until their next plant-based feast.”

Putting the patch to the test, Strong Roots challenged boxer and self-confessed “meat-addict”, Tommy Fury to try out a plant-based diet for a week with the aid of the scratch ‘n’ sniff meat-patch. 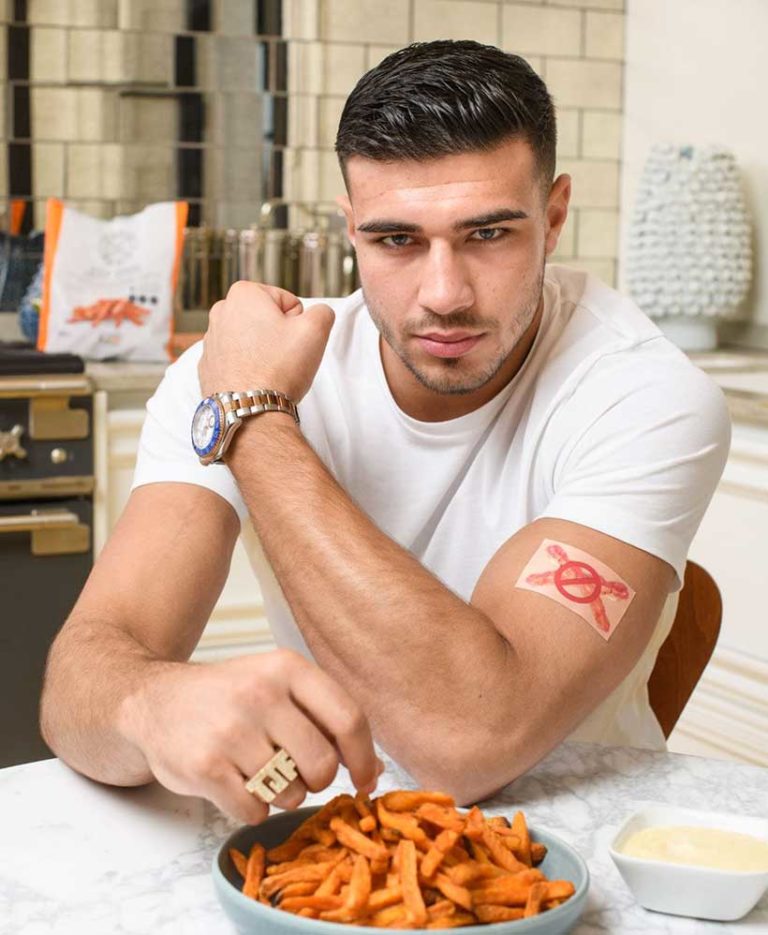 How does it work?

The wearer simply scratches the pad which releases a bacon aroma that tricks their brain into imagining they are eating bacon leaving them feeling satisfied without the need to consume meat, similar to the way a nicotine patch reduces cravings for smokers.

According to The Telegraph, Spence said: “Studies have shown that scent can reduce food cravings.

“Our sense of smell is strongly connected to our ability to taste therefore experiencing food-related cues such as smelling a bacon aroma, can lead us to imagine the act of eating that food. Imagine eating enough bacon and you might find yourself sated.”

Samuel Dennigan, the founder of Strong Roots, said: “It’s Veganuary and we know that more people than ever are trying to adopt a plant-based lifestyle this year.

“However, the research shows just how many of them struggle with their resolution, so we wanted to offer a helping hand, and have developed the world’s first-ever meat-patch. We hope it goes some way to supporting all the meat-a-holics out there.”

Where can I buy them?

Strong Roots has big plans to make the patches widely available in the future but is currently touring the UK in a food truck putting the patches to the test on the public.