Applewood, a cheese company which has been producing traditional dairy cheese for more than 56-years, has announced it will be launching its first ever vegan cheese. 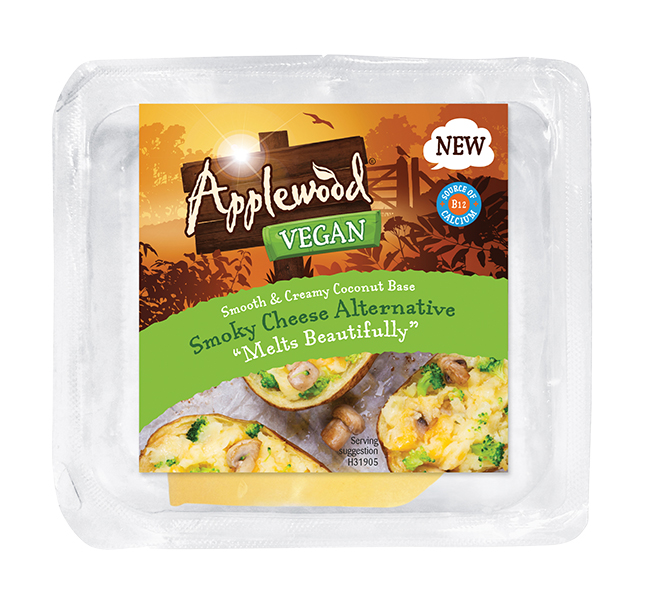 The company shared the news via social media on World Vegan Day (November 1st), stating: “We have some very exciting news to celebrate this year’s #WorldVeganDay. The delicious taste of Applewood® will soon be available as a vegan plant based cheese-alternative!!”

The new coconut-based vegan cheese is free from dairy, soya, and gluten and has a smoky flavour comparable to Applewood’s signature smokey cheeses.

The company believe that it’s the Vegan cheese alternative we have been waiting for, with a smooth & creamy coconut base that melts beautifully. The cheese is also fortified with added B12 & calcium to ensure it’s nutritionally sound as well as being delicious.

Whilst Applewood has confirmed which stores or supermarkets its first vegan cheese will be available to purchase in, but its other products are available in major supermarkets across the UK, including Waitrose, Co-op, Tesco, Asda and Morrisons.

The cheese, priced at £2.20 for 200g, will be available in Asda supermarkets from January 2019. Applewood will be announcing more stockists soon so be sure to sign up to their mailing list to be the first to hear.