Since their launch in early January, 4 million Wicked Kitchen vegan meals have been sold at Tesco, beating all records and projections for their success. 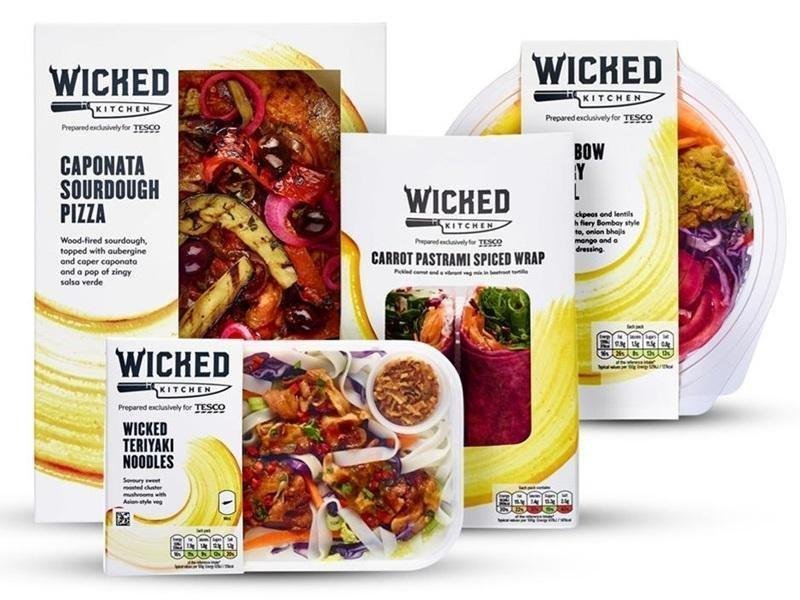 The range ­– which was created by Tesco’s Director of Plant-Based Innovation, Derek Sarno, and his brother Chad – is made up of around 20 products. These include a grab-and-go selection of sandwiches, salads and wraps, as well as various pizzas, pastas and curries.

Derek Sarno told Plant Based News: ‘We’re wicked happy about [sales]. We’re really so happy and thrilled to finally have something to eat that tastes as good as the mission feels. I just keep thinking every time someone has one of the meals that it means they’re not eating animals – and that is a good thought.’

On social media, he wrote: ‘We’ve proven to the world it’s time for a change and people are responding!’ He said: ‘it proves we can change, are changing and if we continue to provide delicious choices we will succeed much faster.’

Earlier this year, Plant Based News reported that the Wicked Healthy range had sold out in a number of Tesco stores. The dishes are hugely popular, which might be due to the flavours, ingredients and animal-friendly production process.

Sarno said: ‘Plant-based options on the shelf should not only pack punchy, bold flavours, but be visually beautiful and celebrate what real food should taste like. We use whole humble ingredients, ninja skills and techniques, and attention to detail to bring something that appeals to all diets. Our line just happens to be full plant-based. Win, win, win!’

Check out the line at Tesco here.