Go Vegan World – the world’s largest and long-running vegan campaign – is taking over Greater Manchester ahead of Vegan Education Day with their thought-provoking pro-vegan adverts. 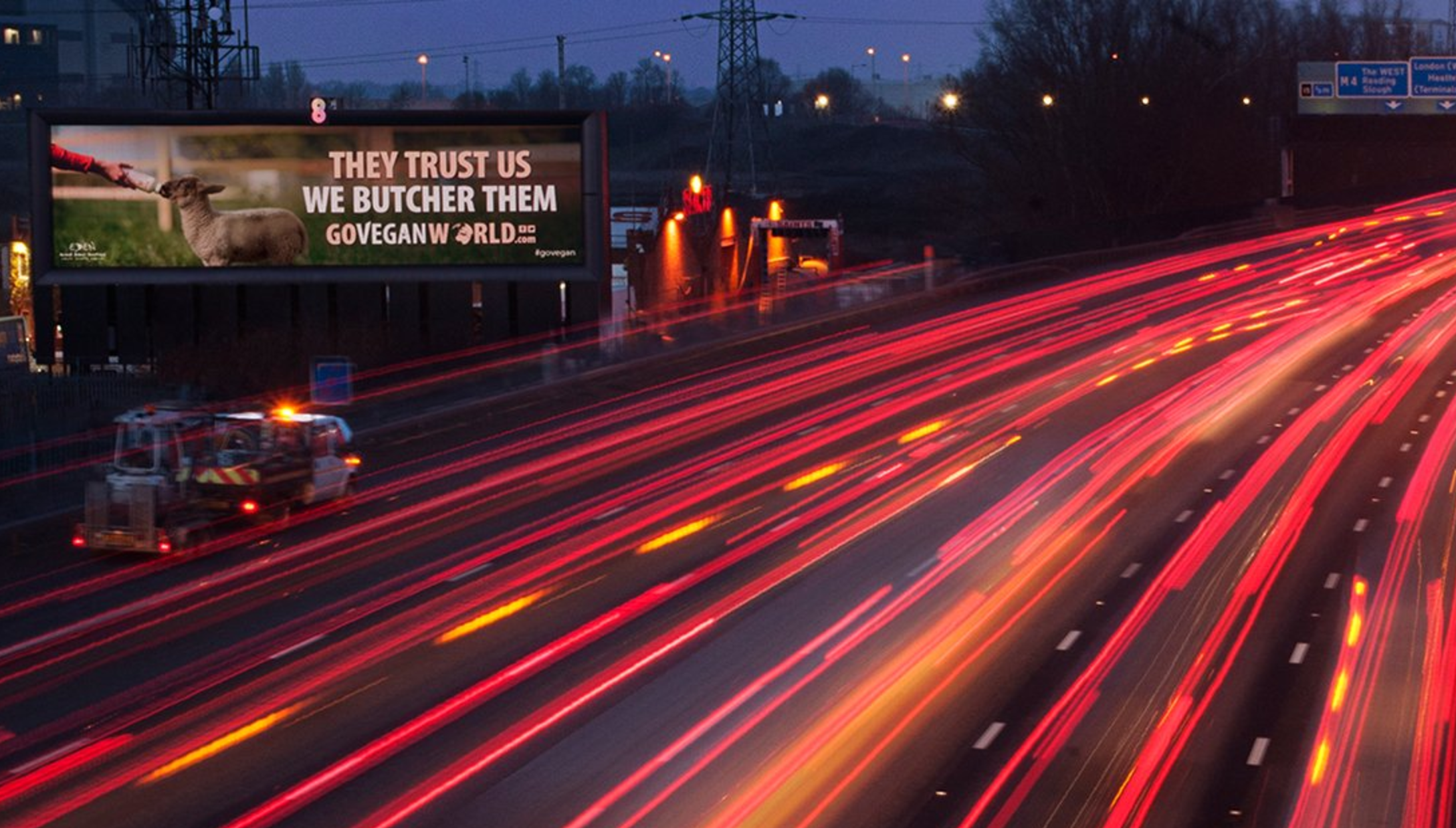 In a world first for vegan campaigns, 300 buses are taking Go Vegan World’s vegan adverts to the streets of Greater Manchester ahead of Vegan Education Day this Saturday 22nd April.

The organisation’s thought-provoking digital videos and posters will be targeting Manchester’s shoppers, commuters, tourists and city traffic, and will be featured on the side of no less than 300 buses in the city.

We are live in Manchester. Watch out for our ads on video screens, railway platforms, bathrooms, pavements & buses. #GoVegan pic.twitter.com/cuEzPTnDXB

There are already large digital screens at the Printworks and the Arndale, as well as 42 posters at Manchester Piccadilly, 200 bathroom ads, digital screens and billboards across the city, and 60 pavement impressions which will be jet washed onto the pavement.

Exposing the truth about the injustice of animal use on 300 buses in Manchester #GoVegan pic.twitter.com/Aj42Z4dK1R

So what exactly is Vegan Education Day?

Head down to Market Street this Saturday and you’ll be able to experience an immersive virtual reality as well as sampling vegan food.  You can take shelter in the Go Vegan World gazebo on Market Street and experience what life is like for the animals we use as food.

Love the @Go_Vegan_World posters, with so many plant milk alternatives it’s the perfect time to ditch dairy #bevegan#stopanimalcrueltypic.twitter.com/bxRXpo5N5s

Go Vegan World volunteers will also be on hand to provide information on how veganism is a fair and ethical way of living and to refer people to evidence based information on the impact of animal use on human health and the environment.

Go Vegan World director, Sandra Higgins, will be on hand to discuss the campaign and its aims and to show people how easy, cheap, convenient and enjoyable it is to live vegan.

Here are our favourite vegan restaurants in Manchester.