Your Earth needs you: Join the Earth Day movement

Every year, on April 22nd, people around the world come together to celebrate and campaign for greater protection for our planet. The event, known as Earth Day, is an ever-growing worldwide movement that aims to bring attention to the major issues that our environment faces and to fight for change.

The birth of this environmental movement happened in April 1970, when the first Earth Day saw 20 million people campaign for better treatment of our planet. Air pollution was rife, oceans and marine life were being devastated by oil spills, and rivers were overflowing with litter.

The movement acted as a voice for the environment — activists took to the streets to protest the damage being done to the planet, demanding something be done. “20 million people all doing the same thing in a single day in protest — it was quite a wake up call to the members of congress and other legislators who suddenly became very afraid of all those people,” describes Kathleen Rogers, President of Earth Day Network.

Within a year, and with a lot of pressure from the movement, the United States Environmental Protection Agency and the passage of the Clean Air, Clean Water and Endangered Species Acts was formed.

This year, Earth Day is celebrating its 50th year, but its mission is more relevant than ever. Our planet is in an environmental crisis. We are faced with huge challenges from loss of biodiversity, pollution, degradation of our ecosystems, and climate change. “We’re seeing an extraordinary proliferation of plastics, which have really devastating impacts on natural systems,” says Kathleen.

“The list of problems that existed in the 70s was bad enough, and now worldwide, with a growing population, it’s almost impossible to keep up with degradation, species decline, and then the mother of all problems — climate change, which is accelerating it all. So this decade is viewed as the last decade where we can get our act together.”

Earth Day Network, the global coordinator of Earth Day, is bringing Earth Day back to its roots for 2020, building an intergenerational movement demanding change. “People are using the 50th as they did in the 70s — to really get people to kick-start their own movements in their own communities,” says Kathleen. Earth Day 2020 will serve as a catalyst for bringing people together worldwide to raise awareness of global and local environmental issues and campaign for change.

This year, Earth Day Network is launching a number of campaigns to spark the largest, most diverse global mobilisation in history. “Our world needs a united response for bold action,” says Kathleen.

“Our campaigns are intended to activate at least a billion people worldwide to meet Earth Day’s 2020 theme of climate action,” she adds. Here are some of the campaigns being launched this year… 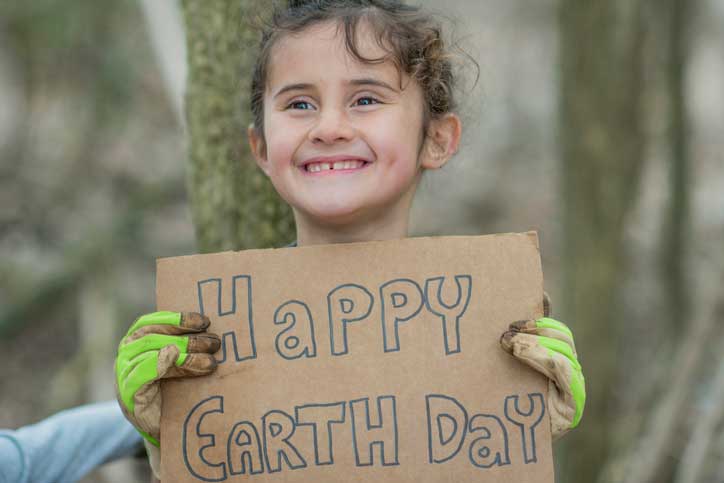 This is a mobilisation to demand climate action that will involve millions around the world on April 22, 2020.

A nationwide campaign to remove billions of pieces of rubbish from beaches, rivers, lakes, trails, and parks in your local area.

The largest ever global citizen science initiative, which will arm everyday individuals with the tools they need to report on the health and wellbeing of the environment. From water quality, to air quality, to the species around them, a mobile app will make it possible to collect billions of observations to promote policy change in these areas. 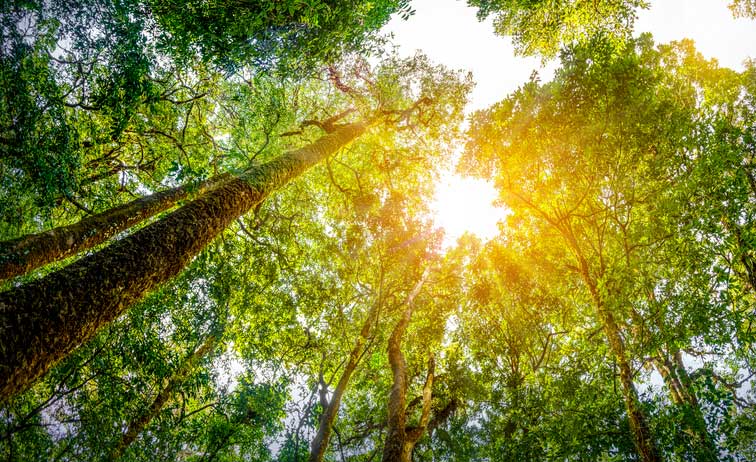 Foodprints for the future

The food system produces over a quarter of all greenhouse gas emissions, of which approximately 80 per cent are associated with livestock production. This is a collaboration with individuals, communities, and partners across all sectors to tackle this.

Artists for the Earth

A global campaign bringing together artists from around the world in every discipline, using the power of their work to engage the public with the critical issues of the environment.

This was the original model of Earth Day 1970, calling on people around the world to take part with the goal of reaching more than 500 million students and community members worldwide. Sign up online and you’ll be given resources that will help you organise your own environmental teach-in to educate others in your community.

There are so many things you can get involved with — including clean-ups, peaceful protests, fundraisers, tree planting, music events and more. You can even host a your own Earth Day event for your local community. To find out what’s happening in your area, head to earthday.org/earth-day-2020.

As well as participating on 22nd April, it’s easy to get active against climate change in everyday life. “Remember that your voice is your most valuable tool…the fate of our planet rests on what we do now,” says Kathleen.