You vs the Climate Crisis

Confused as to what you should be doing to help preserve the planet and its natural resources? Charlotte Willis brings you a comprehensive guide to living a sustainable life, combating climate change as you go.

I don’t know about you, but I’m frustrated at the current attitudes of the general population, and indeed of the government, towards the extremely shaky tight-rope we are walking regarding climate change. We’ve never been closer to a climate emergency than we are today. In fact, with every day that goes by, planet earth is tipping dangerously off-balance, overwhelmingly due to the actions of the human race. As Sir David Attenborough took to our screens to lecture the British population about the suffocating pollution that is ocean plastic, I can’t help but think to myself… great work David, but I feel like we’re missing the point.

Most of us simply don’t know enough about the current climate emergency, nor are we taught, or regularly informed about it, by concerned scientists and climate experts. What a lot of us do know however, is that it’ll take far more than refusing a plastic straw to make an impact upon our already declining environment.

Luckily, deciding to go vegan is one of the best ways to combat climate change. You are no longer consuming some of the most heavily polluting foods, such as meat and dairy, whose water consumption and carbon footprints alone are quite literally earth-shattering. But, if you’re inspired to become greener, cleaner and less polluting than before, here are some of the best ways to help win the war against climate change.

You vs single use goods 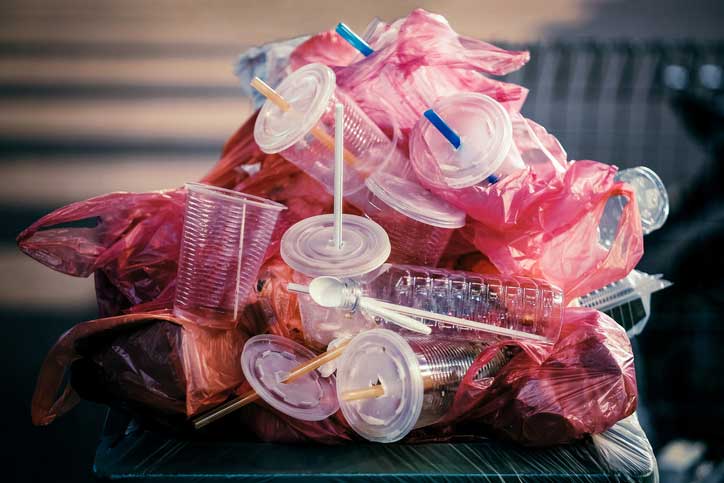 Single-use goods are not only extremely wasteful in terms of resource depletion, but often, these throw-away goods are near impossible for local authorities to fully recycle.

Eliminate your need for them by carrying reusable metal or bamboo cutlery and coffee flasks when you’re out and about. At home, wash out your tins and bottles before you recycle, as contamination with food waste can lead to landfill.

Stop using cling film and buy bioplastic film (which decomposes) or opt to use wax wraps instead – you can buy a small kitchen pack for £10 at veganfoodwraps.co.uk.

You vs chemical pollutants 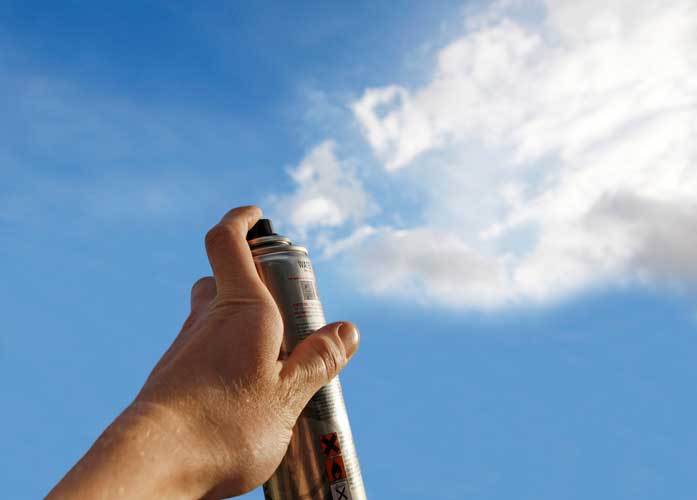 Household chemicals found in bleaches, aerosols, cleaning sprays and certain beauty products become environmental pollutants when they are washed down your drain or sprayed into the air. Switch to eco-friendly brands such as Ecover, Method, Waitrose Eco-Logical range, Bio-D and Ecozone.

Pesticides and herbicides used to grow non-organic crops also pollute the soil, rivers and waterways, so buy organic food if possible (at the very least berries, apples and tomatoes).

You vs fast fashion 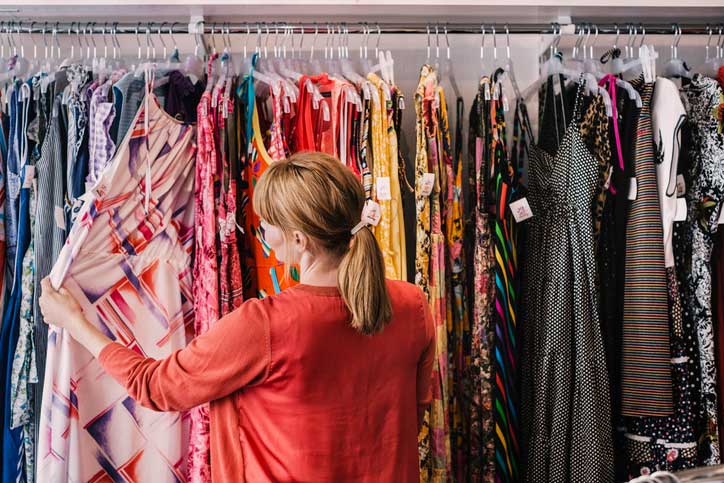 From manufacturing processes polluting the waterways of rivers in the Amazon Basin, to mass air transportation and wasteful throwing away of unwanted clothing, fast fashion is one of the most polluting industries in the world. Check out brands like Ethcs, FreePeople and Weekday who offer ethical options online.

The Culprits: Daily commutes by car in single-occupancy vehicles, taking multiple long-haul flights every year, living a great distance away from your workplace, taking taxis for short journeys.

The Defenders: Cycling, walking and running to work (if possible), carpooling, train/rail/tram travel, taking buses where applicable, opting to work from home two or more days per week (if possible). 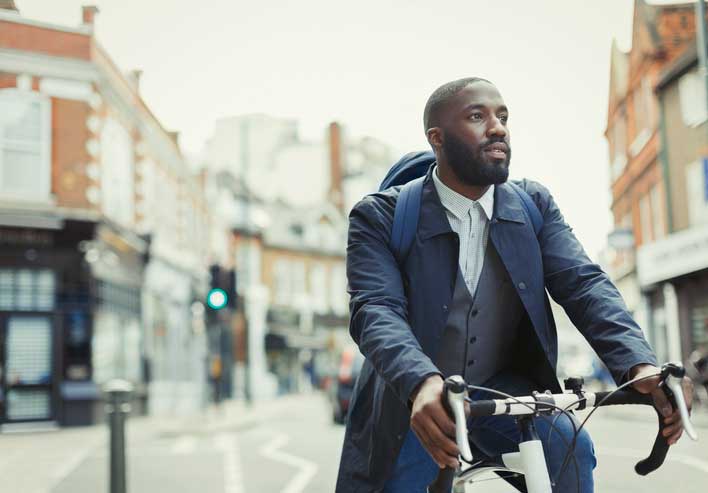 It’s no secret that travel is one of the main sources of greenhouse gas pollution in the world (around 27% of the total European GHG emissions). It’s time that we started re-thinking our daily habits in favour of sustainable methods.

Try organising a work-wide carpool for your colleagues who may live close by or split your journey to reduce time spent travelling by vehicles. For example, commute into the city by train before using a city bike or walking to the office. It’ll boost your mood and you‘ll get fit, too! 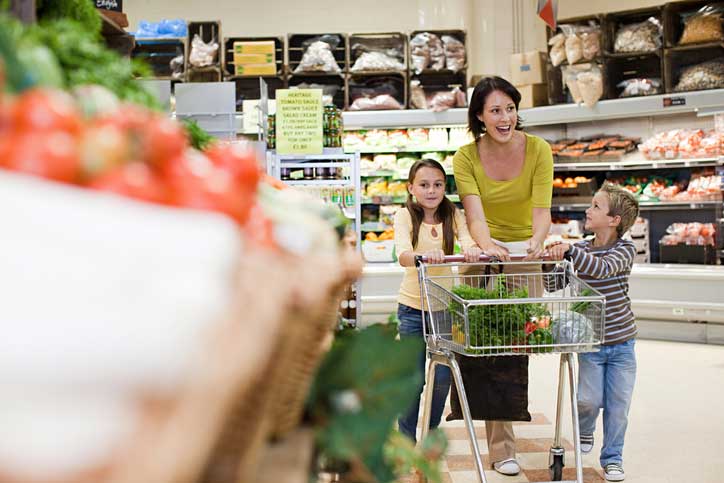 One of the most wasteful practices in which we all partake on a weekly, if not daily basis, is food shopping. Whilst some supermarkets are starting to catch on, it will take time for plastic-free aisles to become the norm.

Start by taking your own hessian bags for loose fruit and veg. Bulk buy wholegrains, nuts, seeds and pulses online. In-store, ask the bakery counter to place fresh bread into your own bag and opt to buy cartons, boxes and cans rather than plastic containers and bottles.

Try out a veg box scheme such as Wholegood who provide seasonal, and often local, fresh produce to your door. 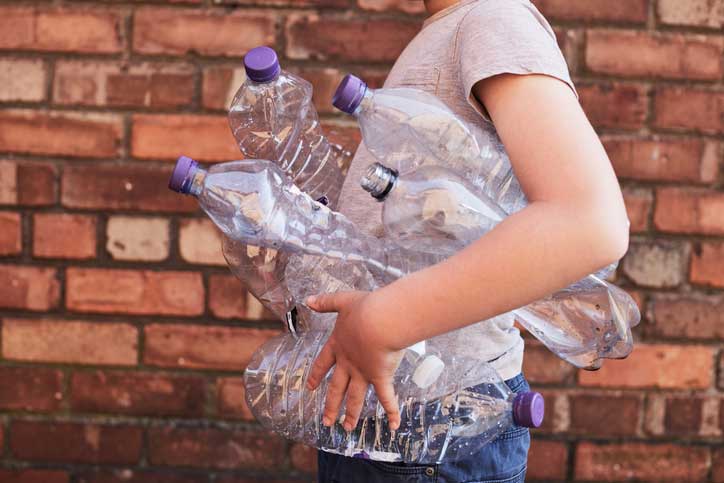 Waste is a huge issue for the planet. If we do not carefully manage and reduce our waste output as a nation, we’ll soon find ourselves overwhelmed by the sheer volume of garbage surrounding us.

In order to reduce the amount of food waste, utilise your freezer to preserve chopped fruit and vegetables, herbs, spices and meals. Keep an eye on the dates of your produce and food items, to ensure you don’t end up throwing them away. Regarding electronic waste, items such as old phones, PCs, TVs and kitchen equipment should be recycled using reputable e-waste companies (such as terracycle.com) in order to prevent your goods being sent to toxic waste dumps in less developed countries.

With clothing waste, repair as much as possible before recycling at clothing banks.