Why we should shop second-hand to save the planet

In this new monthly feature, vegan chef and blogger Roxy Pope from So Vegan explores the topic of second-hand clothing… 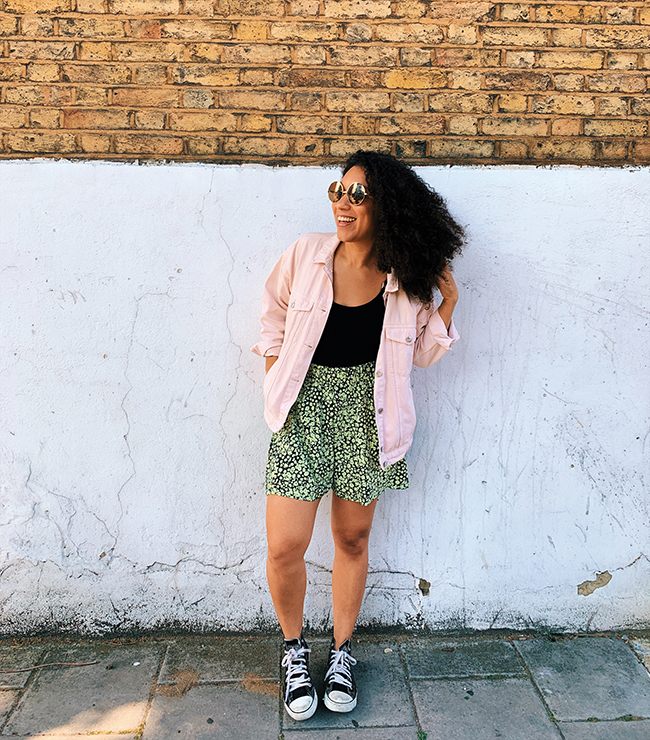 Fashion plays a powerful role in people’s lives. It has the power to raise our self-esteem and it forms an important part of our personal identities. It also has the power to tell stories. When I peer into my chaotic wardrobe, I’m reminded of my most cherished memories, from best friends’ weddings to unforgettable holidays.

Like many others, my personal journey with fashion has constantly evolved to where I am today. Growing up, we couldn’t afford to buy new school clothes and I would dread having to walk into the playground wearing a mismatched uniform from my local charity shop. Then one Christmas my uncle gave me a pair of shiny new Nike Air Max 97s. Finally, I told myself, this was my chance to fit in with everyone else. There I was at nine years old, hoping these new trainers would somehow improve my social status.

Back then, shopping in charity shops was rarely a choice. It was more often a necessity. Never once did it occur to me that one day I would actually embrace second-hand clothing. But since going vegan, I’ve found myself questioning the consequences my choices have on the planet more than ever before. And just like the food we eat, the clothes we wear can have a huge impact on our carbon footprint.

So now I choose to buy second-hand as often as possible, and here’s why: Did you know that textile dyeing is the second biggest water polluter globally and the fast fashion industry is responsible for 10% of global carbon emissions? If current clothing consumption continues, it will account for more than a quarter of our total impact on climate change by 2050. These facts are worrying, and without serious reforms within the industry, the focus is on us to be the change.

Supporting the second-hand economy can help foster a powerful sense of recycling in our community, which is often missing in today’s throwaway society. We’re constantly told to buy more for less, but we’re rarely told about the consequences of our endless consumption (more waste, which means more landfill).

But buying second-hand and donating our unwanted clothes to charity shops can be an important stepping stone to a broader embrace of recycling in our society. From furniture and appliances to technology and toys, there’s a lot we can reuse and recycle, instead of throwing it out as junk. The more we support our second-hand economy, the more likely it is to become an alternative to destructive industries like fast fashion.

The good news is, there are signs we’re already making progress. It’s predicted the market for pre-loved items could become even bigger than ‘fast fashion’ by 2029. And there’s no better feeling than discovering a hidden treasure in a thrift store or scrolling through listings on eBay until you find a rare gem.

I’m constantly intrigued by the stories concealed in the second-hand clothes I buy. Who was the previous owner? What life did this jacket live before it ended up with me? As a result I feel more connected to my clothes and I still soak up the satisfaction of wearing something which is new to me.

But while it’s crucial we start to embrace the second-hand economy, the question we should also be asking is: ‘do I even need this?’, regardless of whether something is brand new or reused. Let’s focus on mindful consumption or, as I read recently in Fashion Revolution, let’s simply ‘buy less, choose well’.

Roxy Pope is one half of So Vegan, one of the world’s largest vegan recipe platforms with over 1 million followers. Roxy Pope and Ben Pook’s debut cookbook, So Vegan in 5, became an Amazon best-seller. The couple’s mission is to inspire everyone to live more sustainable lives by changing people’s perception of what veganism is all about.