What is tempeh and how do I cook it? The mysteries of tempeh are uncovered

It's become increasingly popular with meat-free dieters in recent years but what is tempeh and how do you cook it? Here's everything you need to know about this vegan meat alternative.

Tempeh (pronounced ‘tem-pay’) is made from whole soyabeans that have been cooked, lightly fermented, and pressed to form a ‘cake’ or slab.

While tofu hails from China, tempeh originated in Indonesia – possibly as long as several centuries ago – although it now features in vegan and vegetarian cuisine across the globe.

What’s the difference between tofu and tempeh?

While tempeh and tofu are both made from soyabeans, they are quite different in taste and texture. Tofu is made from soya milk, which is produced by soaking the dried beans in water, then grinding and boiling them to create a pulp, which is then cooked and filtered to separate the bean pulp (okara) from the ‘milk’.

Coagulants made from calcium or magnesium salts are then added to the soya milk – usually calcium sulphate or nigari – to separate the curds and whey. The curds are then pressed and formed into smooth blocks of tofu.

While tofu is a heavily processed, although healthy, food product, tempeh is a wholefood and less processed.

When you slice a block of tempeh, you can see the shapes of the beans that have been pressed together. This is because tempeh is made from whole soyabeans that have been partially cooked, then fermented with ‘good’ bacteria (usually a starter culture made from a mould called Rhizopus oligosporus), which helps to solidify the texture, allowing it to be pressed into a sliceable slab.

It may not sound that appetising but it’s similar to the process used to make cheese. Tempeh may also be made with other types of beans and sometimes other ingredients such as seeds, and grains. Because tempeh is made with the whole beans rather than soya milk, it has a denser, firmer, chewier texture than tofu. 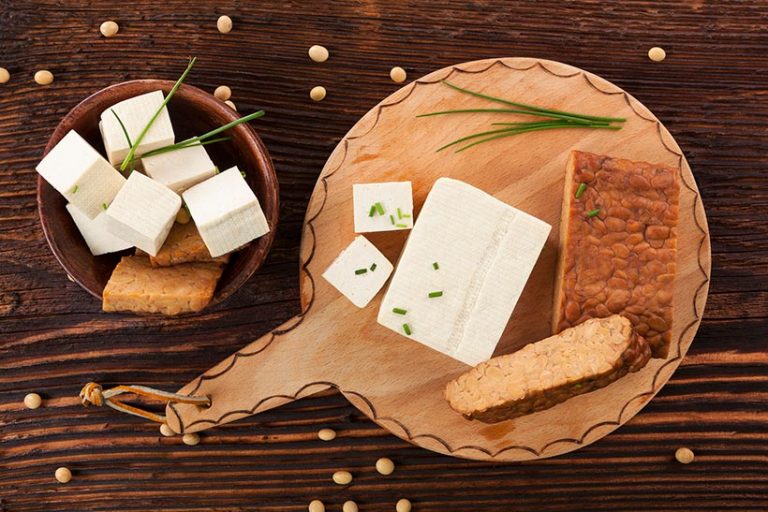 While tempeh and tofu are both made from soyabeans, they are quite different in taste and texture. Image credit: eskymaks via Getty Images

Tempeh has what some would say is an ‘acquired taste’ and certainly few people would enjoy it completely plain! But the same could be said for tofu, and like tofu, tempeh soaks up flavours brilliantly and benefits from being marinated before cooking with delicious sauces and spices.

The flavour is best described as both beany and nutty with an earthiness similar to mushrooms, and some varieties have a slightly ‘cheesy’ flavour from the fermentation.

However, different brands in flavour so it’s definitely worth trying a few varieties to find a favourite. Many brands produce alternatives such as smoked or marinated products too.

Is tempeh better than tofu?

In some ways, yes. In terms of flavour, it comes entirely down to personal taste, of course, but the firm, chewiness of tempeh often appeals to vegans who miss having a ‘meaty’ texture in their diet.

This texture means it is less likely to crumble during cooking so it’s ideal for vegan kebabs on the barbecue, stir fries and for making vegan bacon and marinated ‘steaks’ for hearty sandwiches, for example.

Nutritionally, tempeh does have the edge over tofu. Tempeh is a wholefood product, making it higher in fibre and complex carbohydrates. Plus, as a fermented food rich in prebiotics, tempeh offers other health benefits – the fermentation process breaks down the phytic acids in soyabeans, making them more digestible for us (great news for anyone who normally suffers from uncomfortable side effects after eating beans).

This means the nutrients, including the many important minerals in soyabeans such as calcium, iron and magnesium, also become more bioavailable and better absorbed by our bodies.

Fermented foods are also now believed to boost gut diversity, which is believed to have wider benefits for gut health and consequently for other health issues such as immunity, weight management, mental health and preventing chronic diseases.

As with tofu, if you’re eating tempeh regularly it’s always best to buy organic to avoid eating GM beans and potentially harmful chemicals that are routinely sprayed on GM soya crops such as the herbicide glyphosate. 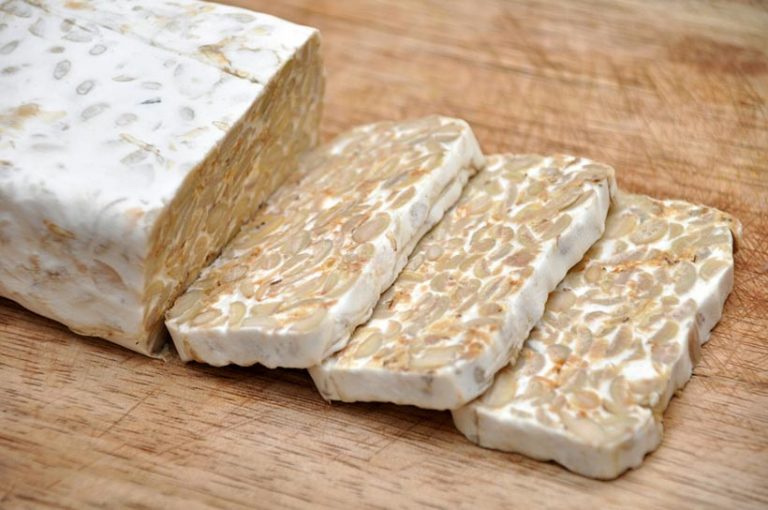 Is there much protein in tempeh?

A bonus of tempeh is its naturally high protein content, typically around 19g per 100g, which makes it a very useful meat protein alternative in a plant-based diet.

How do I cook tempeh?

Tempeh can be eaten raw – providing it is a pasteurised, store-bought variety – but it will be a bitter experience. Cooking is definitely the best way to bring out the best in this versatile ingredient. You can usually swap in tempeh in place of meat or firm tofu in most recipes.

If you’re new to using it, a pre-marinated or smoked variety is a good entry point, as this can be cooked straight from the packet and used in dishes such as vegan stir fries. You can also buy tempeh mince, which is great to use in place of minced beef in dishes such as spag bol or vegan burritos.

If you buy a plain variety, then a little pre-prep is worth the effort. Some people find boiling or steaming the whole block of tempeh for around ten minutes prior to marinating helps reduce any lingering bitterness and enables the flavours of marinades or spices to be better absorbed.

Simply pat dry after boiling or steaming, then cut into cubes, slices or strips (depending on your recipe) and then leave to marinate for a at least a few hours, or ideally overnight.

However, if you’re using a strongly-flavoured marinade such as satay, for example, you may not need to pre-boil it. It’s a good idea to try both methods and see what works for you and the brand of tempeh you usually buy.

When it’s is loaded up with flavour, it’s time to get cooking. Tempeh’s dense texture makes it perfectly suited to sautéing, grilling, baking in the oven, pan frying or air frying, as it will not disintegrate and crisps up beautifully. 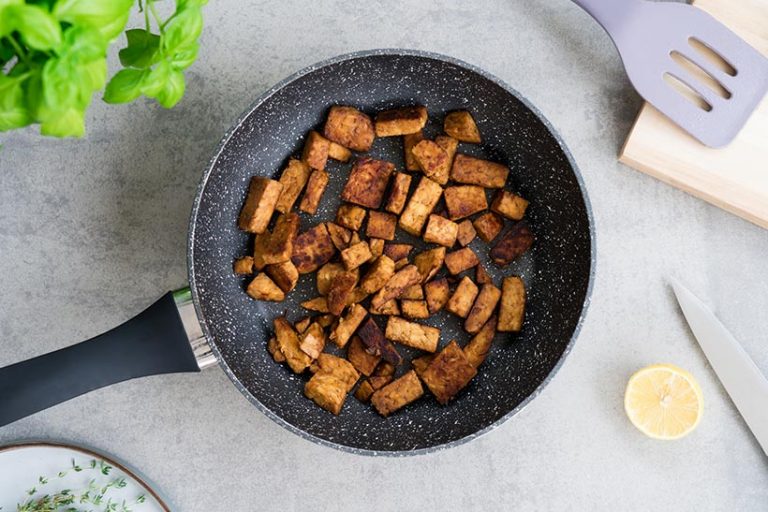 Plain, traditionally made tempeh using soyabeans should be gluten-free, although always check the label as some may have other grains added.

Marinated and processed varieties or tempeh products such as ‘bacon’ are more likely to contain gluten from additions such as soya sauce, so it’s often best to buy a plain gluten-free variety and add your own flavours.

Can you freeze tempeh?

Tempeh can be frozen and it’s the best way to keep it fresh if you won’t be eating it from the refrigerator within a week. You can store it well wrapped in the freezer for up to 10 months.

Thanks to the dense texture it usually freezes better than tofu. When ready to use, simply leave to defrost thoroughly before cooking as usual.

Tempeh ‘bacon’ – is it a good vegan alternative?

Tempeh bacon has that moreish sweet, salty and smoky appeal of bacon, and it’s great for recreating an authentic vegan fry up or served on top of avocado toast, and is an excellent source of plant-based protein.

You can buy readymade slices of tempeh bacon that’s pre-seasoned in a smoky spice mix that mimics the flavour of bacon rashers, which is really quick and easy to use – but watch the additives and salt content on some of these products as some may have a host of not-so-healthy extras.

If you want to make your own, remember that it’s not going to turn out exactly like bacon. You can’t slice tempeh as thinly as bacon or it will crumble, and because it doesn’t have the same high fat content it won’t get quite as crisp, but it’s a pretty tasty stand-in. 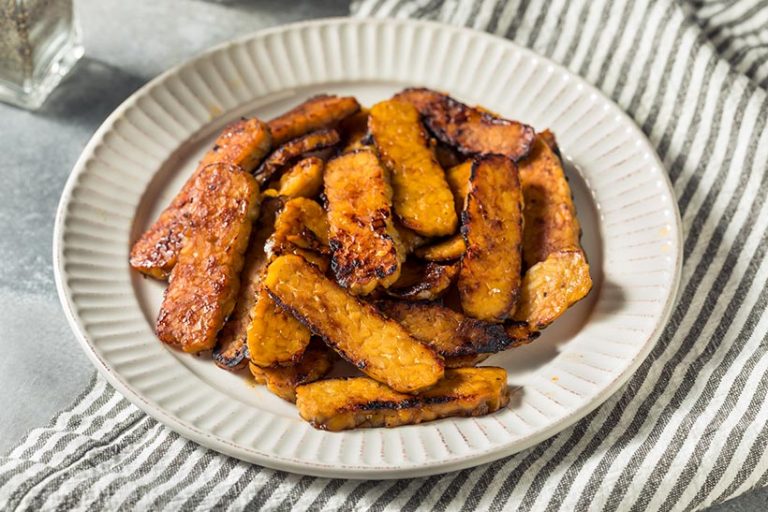 Tempeh bacon has the sweet, salty and smoky appeal of bacon and is a good source of plant-based protein. Image credit: bhofack2 via Getty Images

There’s no one definitive marinade for tempeh bacon, so feel free to experiment, but here is a basic recipe you can try: 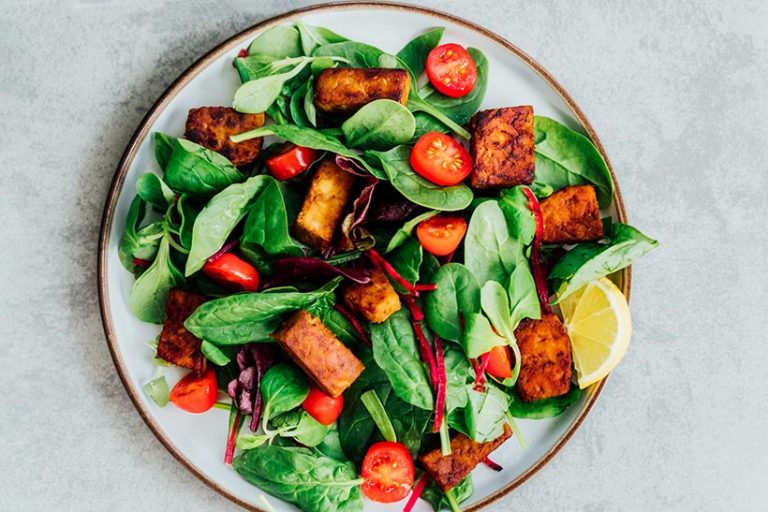 Tempeh bacon can be used in a variety ways from stir fries and full English breakfast to topping salads and even sandwiches. Image credit: OKrasyuk via Getty Images

Where can I buy tempeh?

While tofu is more widely available from mainstream supermarkets, tempeh is still a little harder to find. Stores that stock more adventurous global ingredients (such as Waitrose and Ocado) are good sources.

You can also try Asian supermarkets, health food stores, and online stockists that offer a range of alternative brands such as The Vegan Kind supermarket or Planet Organic.

Tempeh products from brands available in the UK such as Tofoo Co., Clearspot, Biona, Taifun, Impulse and Tiba are all made with organic soyabeans. Better Nature produces a range of organic flavoured varieties including curry bites and BBQ strips.

You can make your own tempeh but it’s a fiddly process and with such good readymade varieties available, it’s a task only for the truly committed, perhaps. If you’d like to have a go, there are numerous YouTube videos online that explain the ingredients and technique brilliantly.

Now you know everything there is to know about this high-protein ingredient, give it a try with these tasty tempeh recipes. 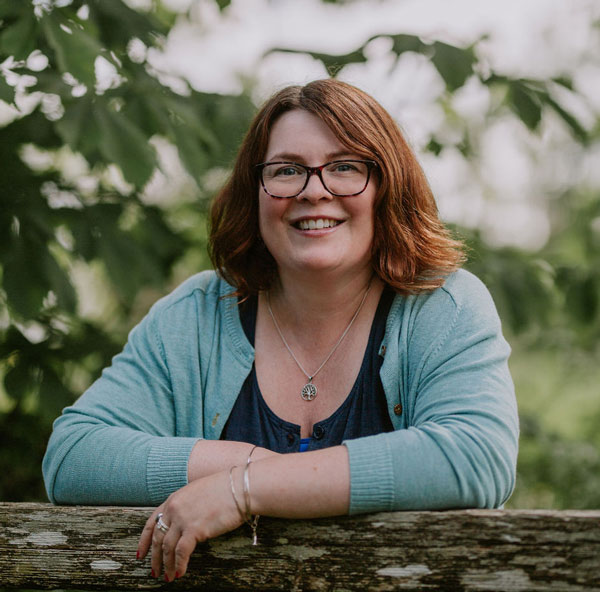 Lindsey is the former editor of Vegetarian Living magazine and the author of Living Plantfully, a book exploring how a plant-rich life can boost the wellbeing of both people and planet.