What defines us as vegans?

Charlotte Willis looks at what defines us as vegans and what it means to be vegan. 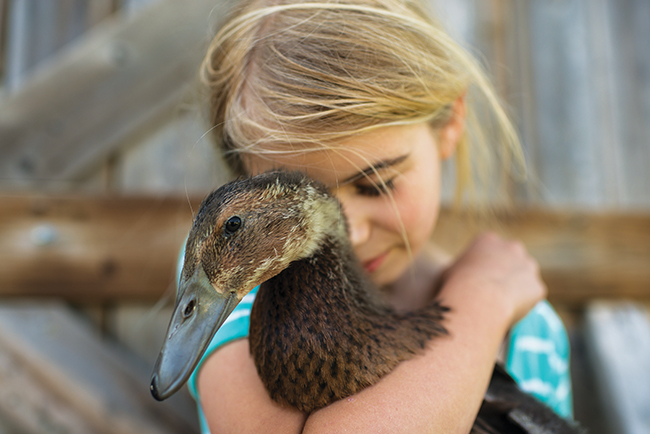 Being vegan in the 21st century. It’s a lifestyle often riddled with multi-dimensional complexities, as well as unspoken social rules and expectations. How do we define such a complex, multi-faceted term? And if indeed we can define veganism, should we be willing to be flexible in welcoming others whose characterisations and lifestyle choices don’t exactly match our ideal concept of the “vegan”?

Vegan. Noun. A person who does not eat or use animal products.

This definition is the very first item that pops up if you type “define vegan” into Google. Now, that seems like a pretty simple, clear and meaningful definition of veganism to me. And as reluctant as I am to go pigeonholing myself into a societal classification, this description seems pretty spot on. I don’t, to my knowledge, use or consume any animals or animal products – therefore I am vegan. So far, so good. But that’s about as simple a definition as we’ll come across in this exploration of what it means to be vegan. For reasons of morality, convenience and ethical standpoint, it seems everyone’s definition of living life as a vegan, is as unique and individual as the person who identifies as such.

Working with various online groups and charities in the vegan movement, I’ve seen first-hand how certain individuals can become extremely hostile, judgemental and forceful in their views of defining what exactly a vegan diet is, sometimes to the point where the sheer force of their argument is rather detrimental to the cause of helping educate others. In fact, this is something which Veganuary ambassador, Chris Packham, highlighted in his Guardian opinion piece this February. He writes, regarding his experience of sharing his Veganuary journey on Twitter: “…Because I haven’t declared all livestock farmers are evil, and because I’m not perfect, I also received vitriol from ultra-vegans… People told me I can’t be vegan and have my dog, Scratchy. The intolerance of ultra-vegans is so off-putting. You’re never going to win an argument by insulting and belittling people.” * 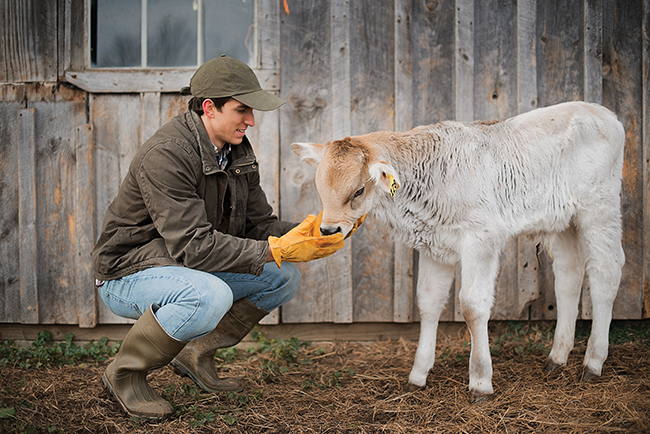 He has a point. Who are we to judge others who have pets, or still wear leather jackets or shoes that were purchased years ago? What makes these “ultra-vegans” believe that they have the right to criticise others, or pick holes in the choices of individuals who are actively trying to become vegan? Surely, in this case, the simple act of attempting to define veganism with finite and exacting rules to adhere to is counterproductive to its very cause – spreading and encouraging awareness.

While I’m a huge advocate of proudly instilling passion behind your beliefs, there comes a point where we need to draw a line in the sand and look at the various shades of grey associated with veganism. After all, we follow an incredibly kind and compassionate diet. One in which we actively decide to show respect and love to animals and the environment in which we cohabit as a global society. Should it not be that we extend this respect to our fellow human beings? The global vegan community is both diverse and international, with a variety of countries and ethnicities, all of whom have their own definitions and views of cultural norms for vegans. We all exist under the same unifying term and dine at the same plant-based table marked “vegans only”.

Veganism: is it simply the food you eat?

So let’s explore how we would go about defining vegan. Firstly, if you’re looking for a straight forward classification of veganism, you can look no further. The simplest definition of veganism states that the food and drink that we consume on a daily basis must be free from animals and animal-based ingredients. This seems simple enough. But is it enough?

If you remove all animals and animal-based foods from your diet, there will be very little in the way of passive harm inflicted upon animals. What’s more, for some vegans who define themselves by measure of their diet alone, being plant-based is an initial stepping stone in a journey towards a complete vegan lifestyle. One prime example of a vegan who has blossomed on her journey is that of the incredibly popular influencer Grace Beverley (@GraceFitUK). She began her voyage into veganism as a plant-based eater, not wanting to call herself vegan before she was able to adapt elements of her lifestyle to suit the title. In an interview when Grace first became plant-based, just over a year ago, she explained: “I do feel there is a difference (between vegans and plant-based eaters) and that I am somewhere between both. I am very conscious about cruelty-free cosmetics. I became plant-based for ethical and environmental reasons, so I believe I’m more on the vegan side of plant-based.” 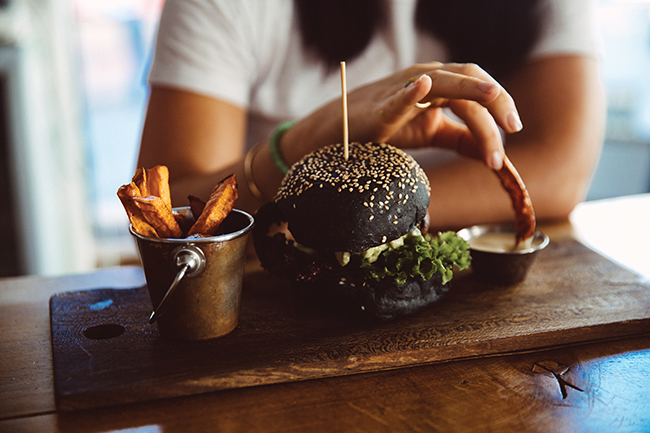 Grace now describes herself as being “vegan”, and is a true advocate of vegan cosmetics, workout supplements, beauty products and much more. Some more established vegans would say that a plant-based diet is the first step towards a vegan life, and perhaps this is correct. Therefore, it is important that the established vegan community be encouraging and welcoming towards plant-based eaters. Veganism, after all, begins and ends with the very food we all put on our plates, so surely this is sufficient to satisfy a definition?

Veganism: is it the life you lead? Well, not quite.

It’s the classic case of where do I draw the line? As someone who admittedly entered veganism without giving a second thought to the environmental benefits of a plant-based diet, my current habits of using a bamboo toothbrush and trawling the internet for silk-free tights and lingerie are not quite what I envisaged my future vegan life to consist of. Yet here I am, attempting to go zero waste and buying only organic fruit and veg – what happened!?

Something changed in my buying patterns, and as I learnt more about the huge, detrimental human impact upon the earth, I knew there was more to living an ethical lifestyle than taking animals off my plate. I opted to transition towards a complete sense of concern in removing animal products from lifestyle products, and trying my best to ensure my life causes minimal negative impact upon the environment. As such, we might look to the Vegan Society’s definition of veganism: “Veganism is a way of living that seeks to exclude, as far as is possible and practicable, all forms of exploitation of, and cruelty to, animals for food, clothing or any other purpose.” ** 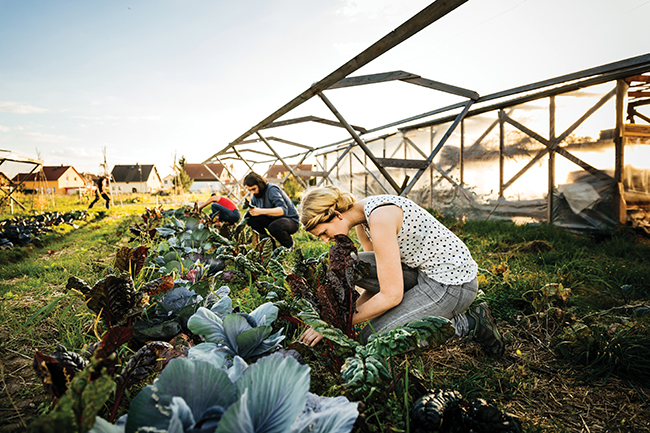 This sort of definition is open to much interpretation, and sometimes can result in the creation of holier-than-thou individuals who believe that veganism must be implemented in their way, or not at all. While it’s all well and good to educate others about certain moral/ethical issues that vegans might associate with, approaching these topics in a positive and encouraging manor is certainly more effective than a forceful, black and white approach to absolute veganism. As a community, we should be accepting of all individuals whom are attempting to transform their omnivorous diets, warts, mistakes, slip ups and all.

Veganism: it’s all of the above, and more

Perhaps we should take more of an aspirational approach when defining ourselves as vegan. Instead of nit-picking amongst ourselves in a very she-ate, he-ate antagonistic battle of one-upmanship, we would best spend our time and efforts creating an inclusive and welcoming vegan community. One in which we all strive to do our best in living as honest and compassionate a life as we can feasibly manage, and one in which these efforts are unanimously judged to be sufficient. Perhaps we should all take a leaf out of Derek Sarno’s book. The co-founder of Wicked Kitchen describes his approach to veganism as compassion-focused and effortful: “I believe in the aspiration of the word veganism, I live what I would call more like ‘compassionism’, or at least I try to practise compassion when I can, as much as I can, given the tools and experiences that I have acquired. I’m not perfect. I do my best and I make mistakes.” 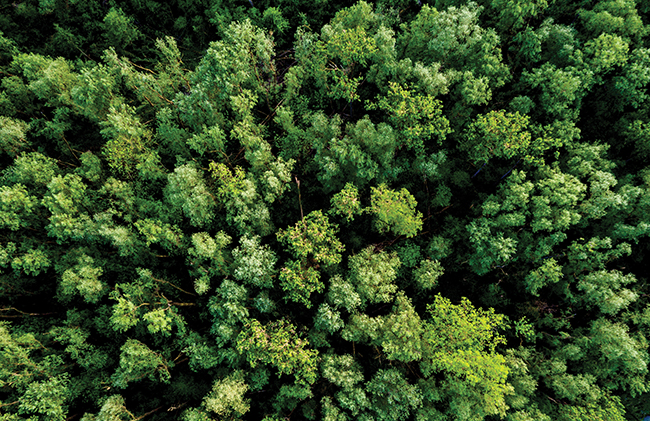 What’s clear, is that there is no longer a perfect set of rules to define a vegan. The very where, how and whys regarding all things vegan are beginning to criss-cross over one another, as the next generation of vegans and animal lovers invent new and exciting terminology and ways by which they choose to conduct and define their lifestyles. There isn’t a vegan I know who doesn’t make an error or two every now and again, nor is there a vegan I know who would claim to be perfect in their conscious, ethical life. In a modern world, it’s near enough impossible to escape all forms of animal exploitation or environmental harm – and that’s something we all need to accept, not argue about. Be contented in being imperfect, resting in the knowledge that your efforts are the best that you can formulate at this moment in your life, and that is enough to define yourself as: Vegan.

Vegan. Noun. A collective group of individual lifestyle choices which centre on the omission of animal products, meat, dairy, eggs and fish from dietary consumption. The adaptation and interpretation of which is subject to individual differences based on personal opinion, but centres upon compassion and effort to be as kind-hearted to the environment and other living beings as possible within their means. See Also: Flexi-vegan. Plant-Based. Eco-vegan. Junk-Food-Vegan. Raw-Food vegan.

*Source: The Guardian: “I did Veganuary, and now I’m staying. Here’s what I’ve learned so far” – Chris Packham: www.theguardian.com/commentisfree/2019/feb/03/veganuary-vegan-food-farming