What are the best vegan egg alternatives to use for baking? 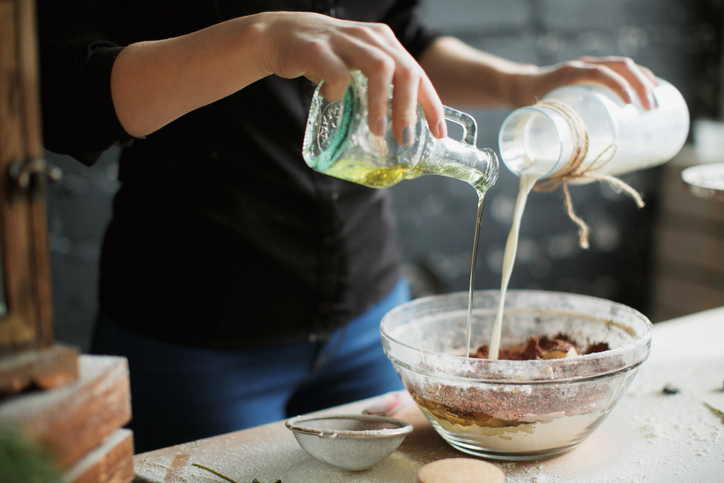 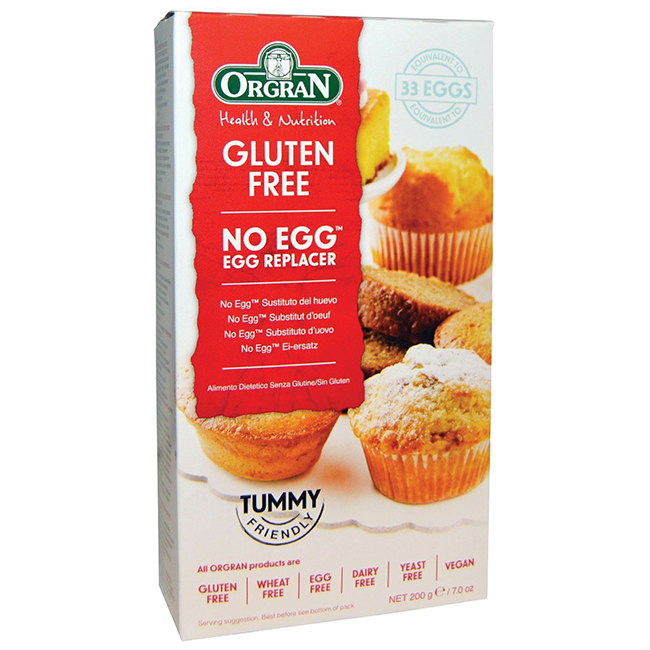 What is it? Orgran’s No Egg is a clever combination of raising and stabilising agents, which combine to mimic the action of an egg when baking. The No Egg is all-natural and binds your ingredients with potato and tapioca starch, whilst baking soda helps create a fluffy, aerated texture. The packet contains the equivalent of approximately 66 eggs (pretty impressive!).

Use Me In This egg replacer should be used to replace eggs in a recipe which requires a lighter texture and a fine structure of air bubbles (such as in a sponge cake or cupcake recipe, pancakes and meringues). This would be unsuitable for a denser cake or brownie.

The Pros Allergen free, the No Egg is completely free from soy, gluten, yeast and GMO ingredients (hurrah!). The No Egg is also very simple to use, and has received much praise for its quality of finished baked goods!

The Cons Unfortunately, the No Egg is not currently available at every supermarket, limiting your options for sourcing this ingredient. You also can’t use this egg to create an omelette-style dish or a scramble-style dish – it is purely a baking aid.

Bottom Line A brilliant egg-replacer for any avid vegan baker. Just be sure to do a bulk-buy off Amazon so you’ll never run out! 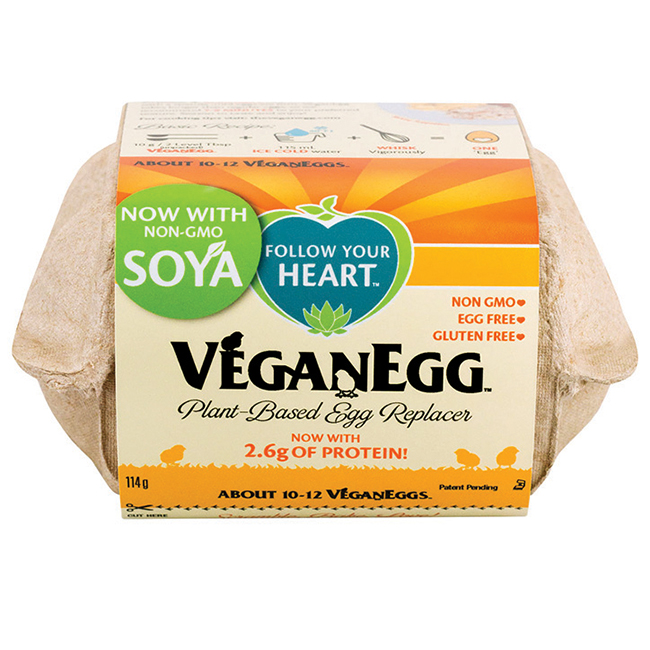 What Is It? Probably the most versatile of all the egg replacers mentioned, the Vegan Egg by Follow Your Heart contains organic ingredients to recreate an egg. The powdered mixture consists of soya milk along with some gelling agents, raising agents and flavours such as
black salt.

The Pros The use of organic soya is a lovely addition to a great product. You can also use the Vegan Egg for more than just baking, making it a perfect addition to the kitchen cupboards of avid food fanatics (even for those who may be watching their waistlines). It seems very easy to use, and has had some excellent reviews from customers. The Vegan Egg is also gluten free.

The Cons If you aren’t a fan of the taste of egg, I would avoid using this product, as it is extremely realistic in flavour owing to the addition of the black salt.

Bottom Line: The most versatile egg-alternative I’ve come across, and a little goes a long way! 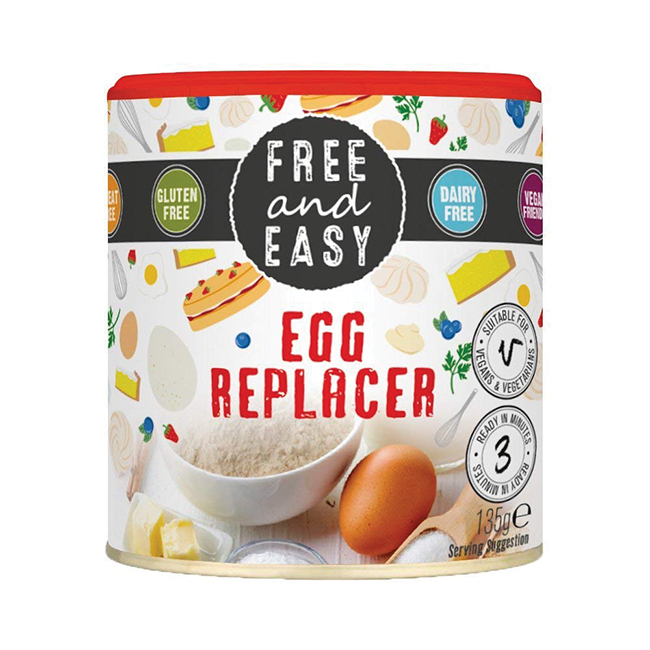 What is it? This egg replacer is free from raising agents, making it a simple binding agent to mimic the action of eggs in holding your recipe together. It contains xanthan gum, potato and tapioca flours.

Use Me In This binding egg-replacer can be used in a variety of recipes, owing to the fact that there is no raising agent in the mix. Brownies, muffins, cookies and other baked goods can be recreated with ease. The packet contains the equivalent of approximately 40 eggs.

The Pros I love how affordable this option is! If you’re struggling to find inexpensive alternatives for vegan baking, this may just be what you are looking for. This gluten-free option is also extremely versatile, and can
help transform your confidence with vegan baking.

The Cons Obviously, this is just a binding agent and can’t be used to create other eggless alternatives such as scrambles or soufflés. You may also struggle to source it, particularly if you don’t like online shopping.

Bottom Line: New to vegan baking? Grab yourself a tub of the Free & Easy Egg Replacer – you won’t be disappointed with your cakes (I promise!). 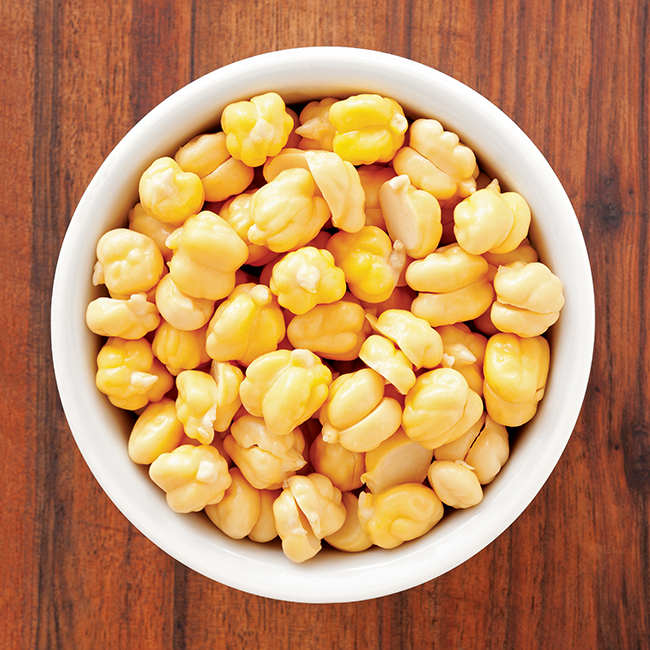 Buy Me From You can source aquafaba when you buy any can or packet of pre-cooked chickpeas ‘in water’. Alternatively, you can also use the otherwise discarded water from your own cooking practices of boiling dried chickpeas.

What Is It? Aquafaba contains a unique matrix of protein dissolved in water, which acts in a very similar way to liquid egg whites. The protein complex in the aquafaba comes courtesy of the chickpeas, and allows you to trap air into the mix upon beating.

Use Me In Aquafaba works well as a raising agent for light-textured baked goods. I would use aquafaba to create meringues, pavlovas and soufflés. You can also use it for the creation of eggless-mayo, buttercream frosting, marshmallow fluff and fudge.

The Pros This gluten-free replacer is pretty versatile and cheap to source (with the added benefit of having two ingredients for the price of one can!). As long as you have a high-speed mixer, you can use aquafaba with ease – simply whisk it up until you have stiff-peaks and add in your chosen ingredients to suit your recipe.

The Cons There can sometimes be a slight chickpea-flavour to meringues and unflavoured bakes, so opt to use a hefty drop of vanilla essence! Before using aquafaba in a show-stopping, dinner party recipe, I’d recommend experimenting prior to the big day. Your oven temperature, amount of whisking and other variants can result in a different texture and flavour. 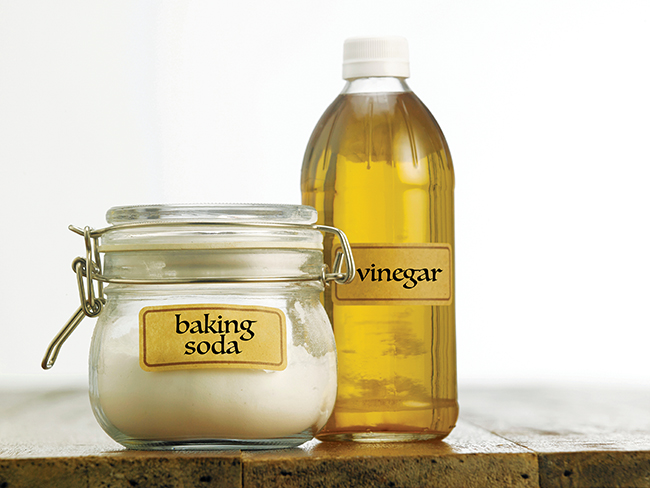 Buy Me From Any supermarket!

Use Me In: This is a handy little hack that I learnt from various baking websites. It is the perfect addition to cake, muffin and pancake recipes and is by far the most affordable option!

The Pros You’ll need to use 1 tsp of baking soda with 1 tbsp of white wine vinegar or apple cider vinegar. This is one of the easiest ways to replace eggs, and by far one of the most affordable.

The Cons Obviously, this recipe is unsuitable for use with brownies, tray bakes and any recipe to be cooked on a stovetop. Vinegar and baking powder would not make for a delicious eggless scramble!

Bottom Line A quick kitchen hack when you are short of time or resources.