9 Vegan YouTubers you NEED to watch!

With these 9 vegan YouTubers, you could learn a new recipe, empower yourself with positivity, or discover how to make easy sustainable swaps

With TV and film sets still out of action due to lockdowns worldwide, it’s inevitable that Netflix binges will finally become boring. Instead, there are many vegan YouTubers creating videos from their homes for you to watch and beat the lockdown blues. 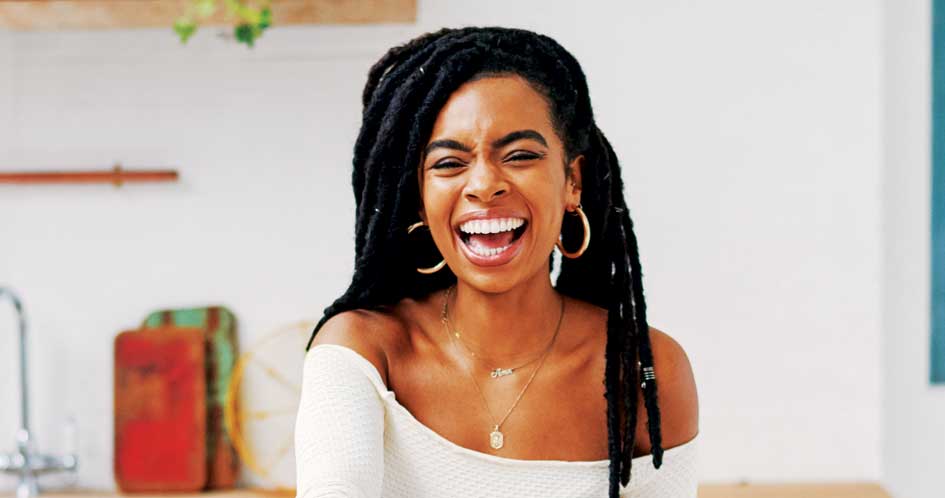 Rachel embraces her Caribbean heritage on her YouTube channel with authentic recipes made vegan including salt fish made from palm hearts and Caribbean rum cake. Rachel’s vibrant personality adds flair to her recipe videos while also portraying a down-to-earth realism.

Her recipes use easy to find and affordable ingredients and focus on wholefoods, promoting a healthy vegan diet. She is also an advocate of the low waste movement and has created videos to help her subscribers follow in her footsteps. 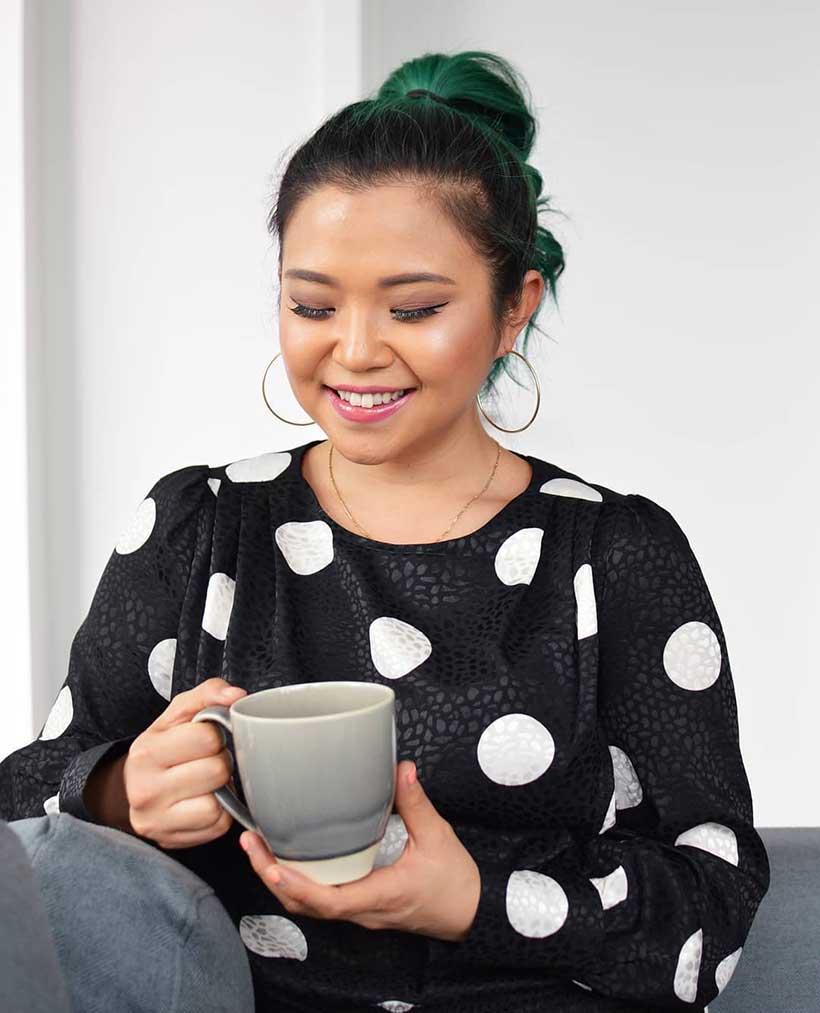 Self dubbed as ‘the vegan cooking channel for broke people who don’t know what they’re doing’, Cheap Lazy Vegan is a breath of fresh air with a realness that is rare to find in a sea of Buddha bowls and chia seed puddings.

Rose is unapologetically herself and isn’t afraid to show real portions of food, eating until she’s full-on numerous Mukbang videos. With a proud Korean heritage, Rose demonstrates how to create vegan versions of traditional Asian dishes, in addition to more Western food trends.

She has many helpful videos for those trying veganism such as ‘tofu recipes to make you love tofu’, and informative discussions on how to replace meat and dairy in your diet.

Known as ‘Avant-Garde Vegan’, Gaz is a trained chef who now creates vegan versions of classic comfort food dishes after starting his YouTube channel in 2016.

Gaz loves experimenting in the kitchen, and in 2018 he collaborated with UK chain Wagamama to formulate the ground-breaking vegan egg in his dish ‘The Avant Gard’n’ and has released three vegan cookbooks to date.

With a channel featuring a series on ’15 minute meals’ as well as adventurous vegan cooking, Gaz has just reached one million subscribers. Even more exciting, Gaz has said that when he reaches this milestone, he’ll announce his first restaurant – watch this space! 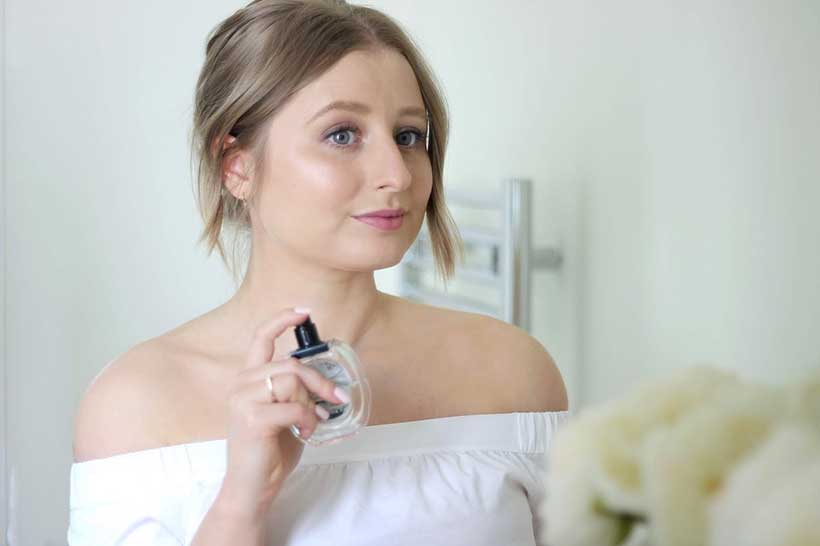 A trained beauty therapist, Jess turned vegan four years ago and has since focused her YouTube channel on cruelty-free beauty products and vegan recipes.

She is also a passionate advocate of tackling plastic pollution and actively seeks to feature plastic-free makeup and skincare products. She regularly posts helpful videos such as ‘School and work lunches’ demonstrating a week of lunch boxes that actually works in a week by using the same ingredients for different recipes.

Most importantly, she is the proud owner of two gorgeous bunnies who occasionally make an appearance on her channel. 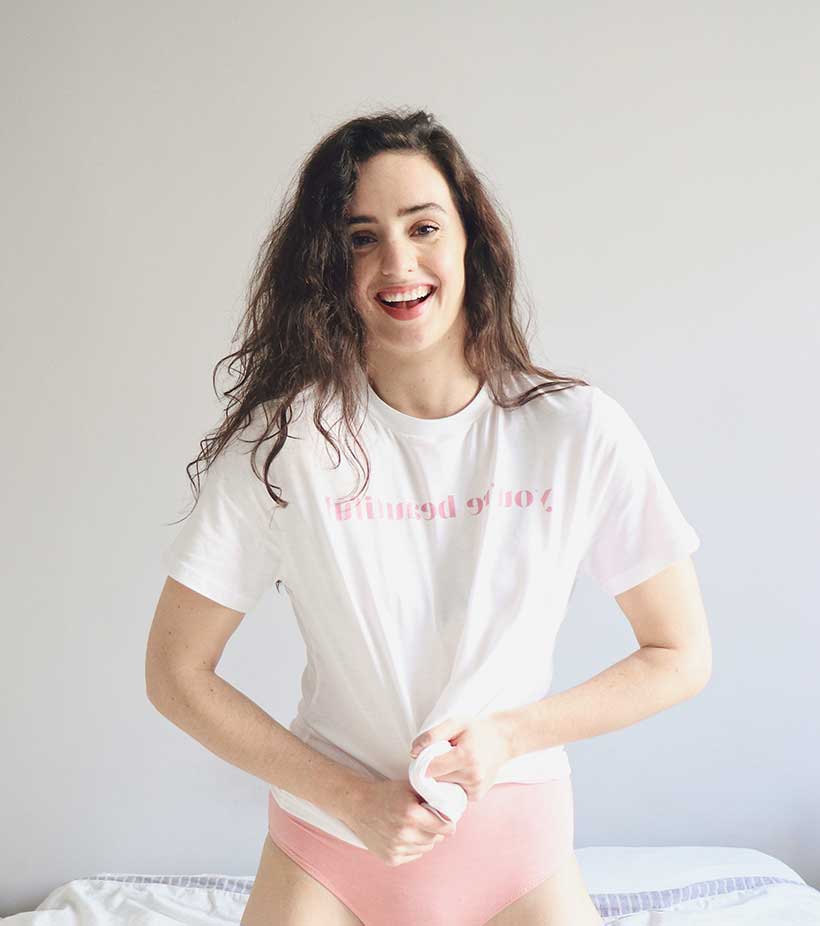 Madeleine’s YouTube channel primarily focuses on challenging the misconception that veganism is expensive. She films herself shopping in mainstream supermarkets on affordable budgets, and then creates recipe videos showing what she cooked with these ingredients during the week.

She is also a low-waste advocate and promotes minimalist living, even publishing a book on the topic (you can read about it here!) For easy sustainable swaps and tips for reducing food waste, visit her channel! 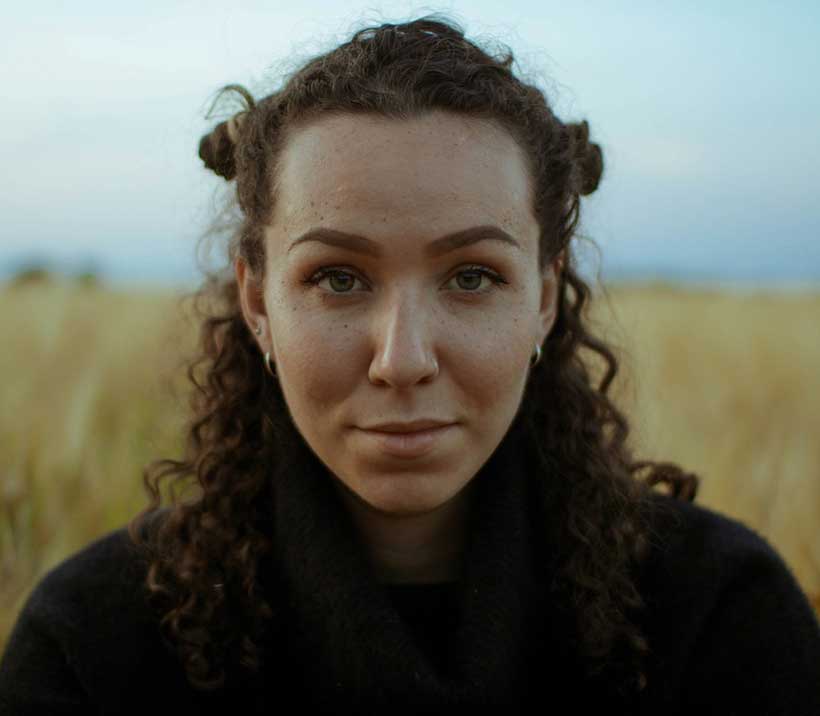 Immy Lucas is the creator of the Low Impact Movement and centers her videos around how to live more sustainably.

From low waste food hacks to a video on a DIY period pad, Sustainably Vegan has it all. Immy is fiercely against fast fashion and has joined the likes of influencer Venetia La Manna to expose ‘greenwashing’ in the fashion industry.

She also uses her platform to highlight the human exploitation that occurs within big fashion brands and the damage they cause to the environment. If you want to expand your activism outside of veganism, Immy is the one to watch. 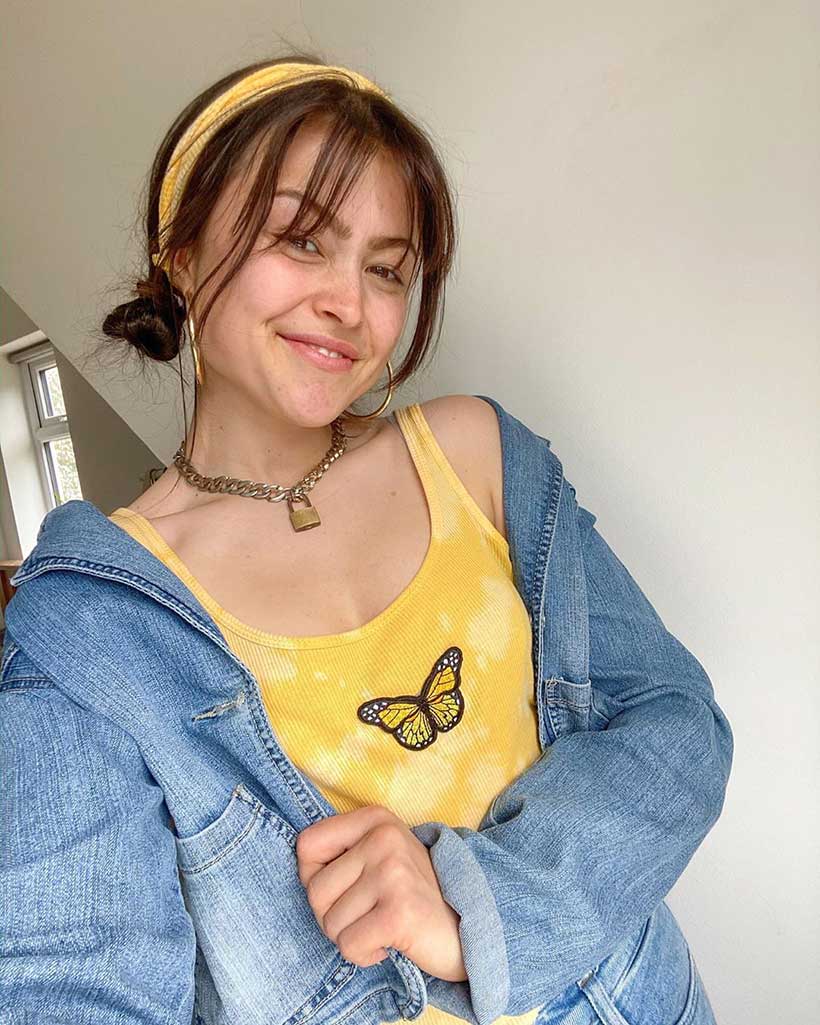 At only 22 years old, Helena has garnered a following of almost 40,000 subscribers, tuning in to her positive messages and realistic vegan meals.

Outspoken about body positivity, Helena aims to help those recovering from eating disorders through various means including eating her followers ‘fear foods’, eating only cake for a day, and (unsuccessfully) attempting the 10,000 calorie challenge (twice).

She recently criticised the controversial BBC2 show The Restaurant that Burns Calories for its blatant disregard of mental health and for encouraging compensatory behaviour for eating.

Helena’s channel is a great addition to your weekly YouTube sessions – with her bright eye shadows, thrifted outfits, and bubbly personality, she is sure to put a smile on your face. 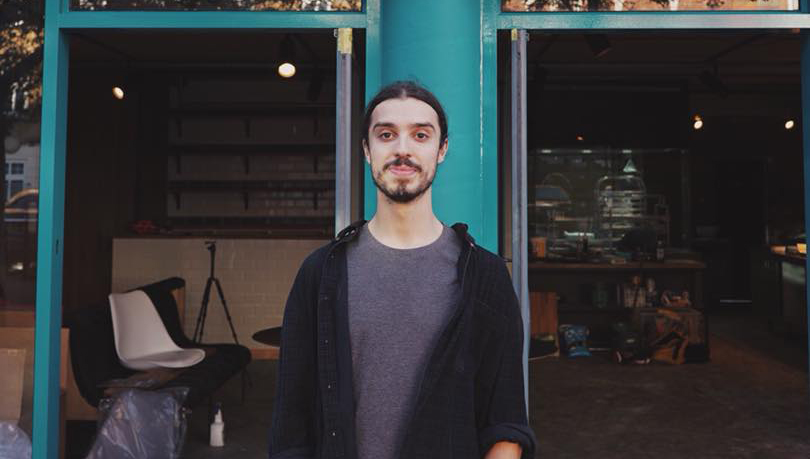 Well known in the vegan activism scene, Ed Winters has a long list of achievements including creating the ground-breaking documentary Land of Hope and Glory, opening a non-profit restaurant in London, and co-founding successful animal rights movement Surge.

On his YouTube channel, Ed records calm and intellectual debates with the general public, in addition to the talks he has given at universities and his informative debunking of anti-vegan ‘science’.

The Coronavirus pandemic has hindered vegan activism as activists can no longer interact with the public or hold cubes of truth. Therefore, his recent videos have focused on informing viewers of the connection between the pandemic and animal agriculture, conducting video interviews with vegan physicians, and warning of the dangers of not changing our ways. 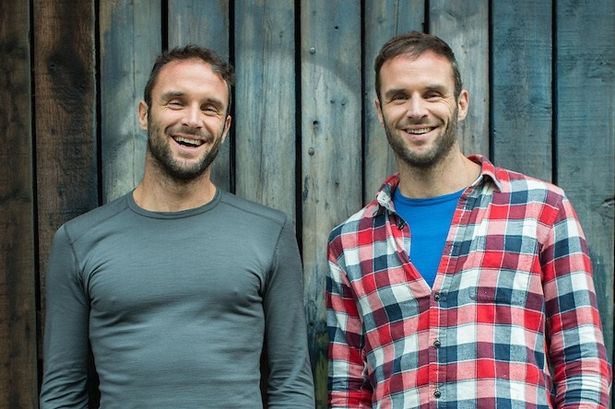 As indicated by their apt title, this plant-based chef duo spread a ray of positivity to vegan cooking, and demonstrate that anyone can cook, regardless of ability or experience.

The Happy Pear began in 2004 with a small veg shop and a big dream, and 16 years later they have five café locations in Ireland, a range of food products, and four vegan cookbooks.

Their YouTube channel boasts over 400,000 subscribers and focuses on wholefood vegan cooking with budget-friendly meals and weight loss plans. With several kids between them, they feature healthy snacks and lunches for children and hacks to pack veg into meals for the fussiest eaters around.

Above all, they prove that vegan cooking can be quick and easy, with their series of five-minute dinners debunking the idea that veganism is too time-consuming for those with full-time jobs.