7 vegan desserts from Sainsbury’s you may not know about

Over the last few years so many delicious vegan desserts have appeared on our supermarket shelves, it's easy to miss one or two of them. We scour Sainsbury's to discover seven you may not have known existed..

We’ve said it before and we’ll say it again, supermarket own-brand vegan desserts have come on leaps and bounds. And this one is no exception.

There’s something quite comforting and nostalgic about apple crumble. It conjures up memories of grandparents. School dinners (the good ones). Warm winter evenings cuddled under a blanket with a large bowl of crumble and lashings of vegan custard.

Once you’ve settled the debate about whether you should accompany this dessert with vegan ice cream or custard (or throw a real curve ball in there and suggest vegan cream), and you’ll be good to go.

We like the fact these come in individual portions too. We don’t believe in sharing desserts. Ever. 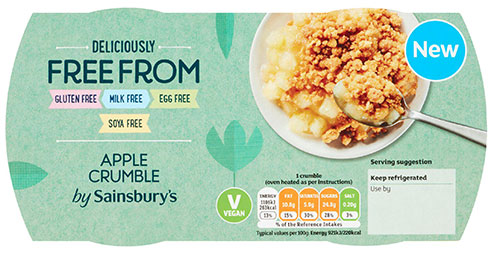 Not heard of this one before? Don’t worry, nor had we.

And that might be because you’ll find it hidden in the freezer aisle. We’re usually blinded by ice cream when we’re there.

This is the perfect vegan dessert to put in the freezer for when a friend tells you they’re popping round unexpectedly later that day. Or for those emergencies when you need dessert and you don’t want to go to the shops. Remembering you’ve got this will be a lovely surprise.

It’s made with vegan cream cheese which gives a beautifully smooth consistency and a sweetness that perfectly balances the natural tartness of passionfruit.

There’s the surprise addition of mango to the glaze too. A true taste of the tropics. 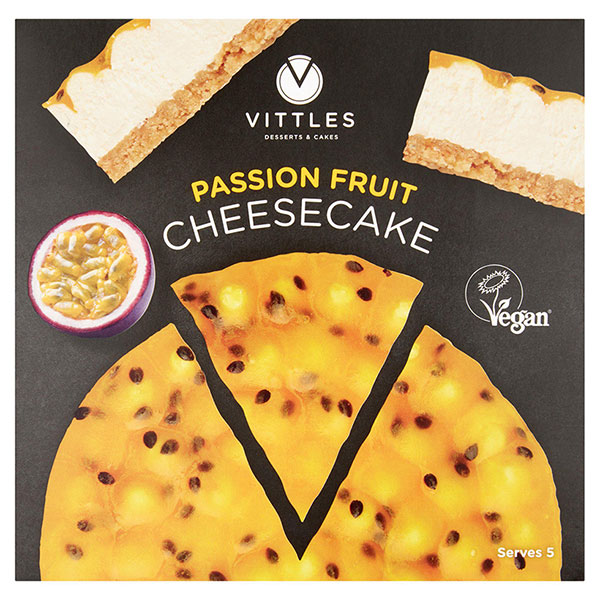 Keep these away from the kids. They are purely a treat for you. It’s been a hard day/week/year/lifetime (delete as appropriate).

Better known for their tasty chilled vegan dessert pots, The Coconut Collaborative have ventured into the frozen section with these very trendy ice creams.

The perfect marriage of vanilla and coconut ice cream, luxuriously encased in a dark chocolate coating. Seriously, what’s not to like?! 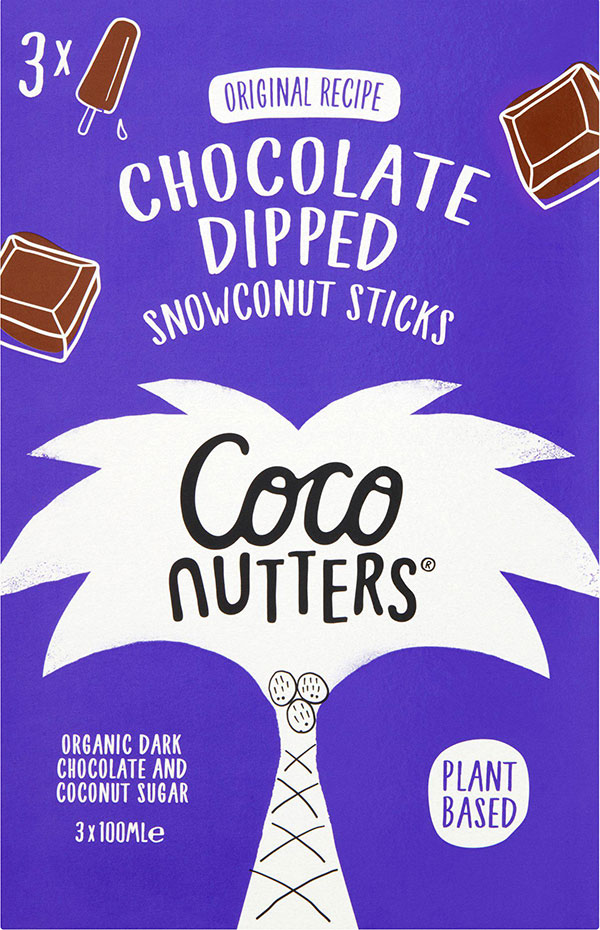 Another true retro classic. No party would be the same without them.

Unlike the days of your childhood when you would spend hours rolling out your mum’s off-cuts of pastry into slightly questionable tart shapes and then filling them with a spoonful jam which would invariably bubble over and burn in the oven, these are the good stuff.

Not only are they free-from dairy and eggs, so perfectly vegan, but they’re gluten-free too. No one has to be left out with this top treat.

And you don’t have to reserve them for dessert either. We won’t judge whenever you decide to tuck in. 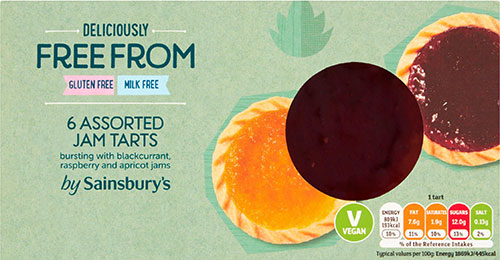 Some days you just can’t decide which you need more. Chocolate or biscuits? But then you know what you really should have is fruit.

On these days, tiffin is the answer.

These mouthwatering treats are made from melted vegan Belgian chocolate, which is combined with small chunks of biscuit and healthy-boosting sultanas. This luxurious mix is left to cool, then topped with another layer of chocolate. Just for good measure.

Decadent. Moreish. Chocolate overload. Basically everything we ask for from a vegan dessert. 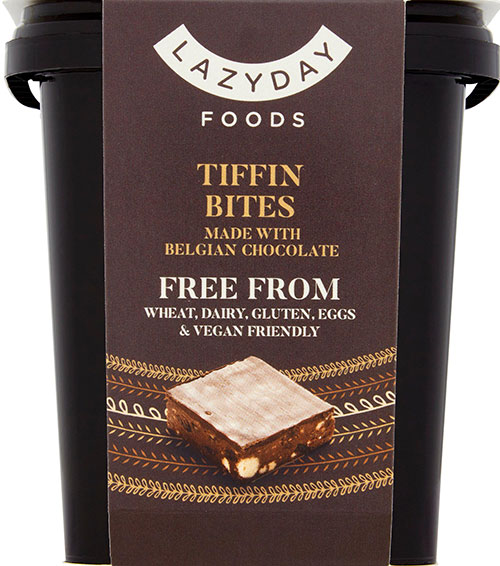 Everyone deserves a treat and these are great for kids and adults alike.

They’re quite small, so they’ll satisfy a sugar craving but won’t have you buzzing round the house for hours after eating them. That can be the danger with cupcakes. It’s all the sugar in the frosting. Lethal.

Each cupcake is only 88 calories. But don’t worry, they still taste really good.

They’ve got the balance between sponge and frosting spot on, and finished them off with a really pretty scattering of sugar sprinkles. Simply lovely. 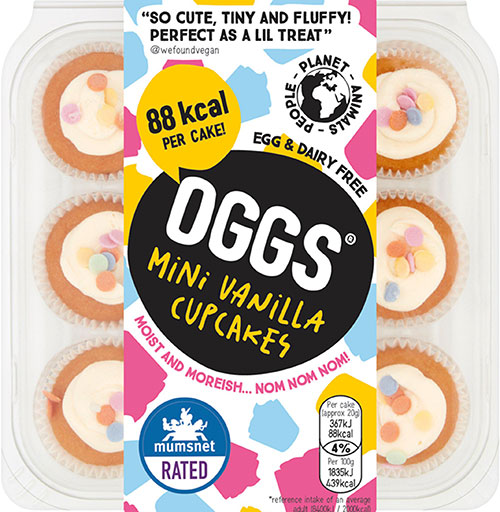 Vegan ice cream is a summer essential. As soon as the temperature rises, it’s almost a necessity to get a tub to cool you down.

If you’re a salted caramel fan (and let’s face it, who isn’t?), you’ll absolutely adore this one.

But it doesn’t stop there. There are also salted caramel ripples. And cinder toffee pieces. Flavour, texture, and comfort – we better stock up with a couple of tubs! Meet you in at the ice cream section of Sainsbury’s. In a socially distant way, of course. 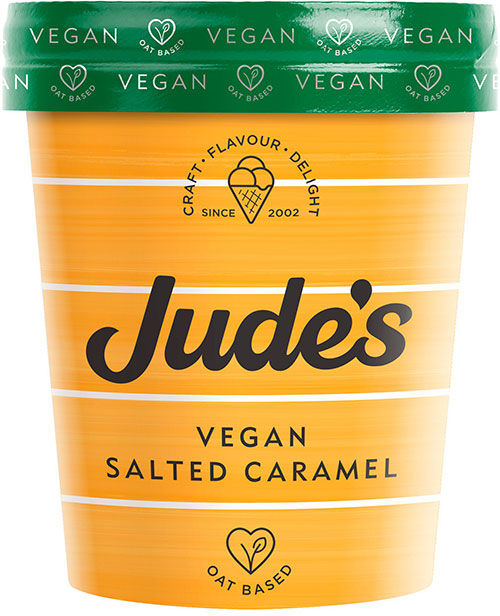 Still in need of some vegan dessert inspiration? Check out the following articles.