Think athletes need meat for muscle? Think again! These 10 successful vegan athletes are actually plant-based and at the top of their game!

As a consequence, plant-based diets in the sporting industry are rising in popularity.

From football stars to tennis pros, more and more celebrities are going plant-based to fuel their sporting success.

Keep reading to learn about the vegan athletes proving the myths about vegans and protein wrong! 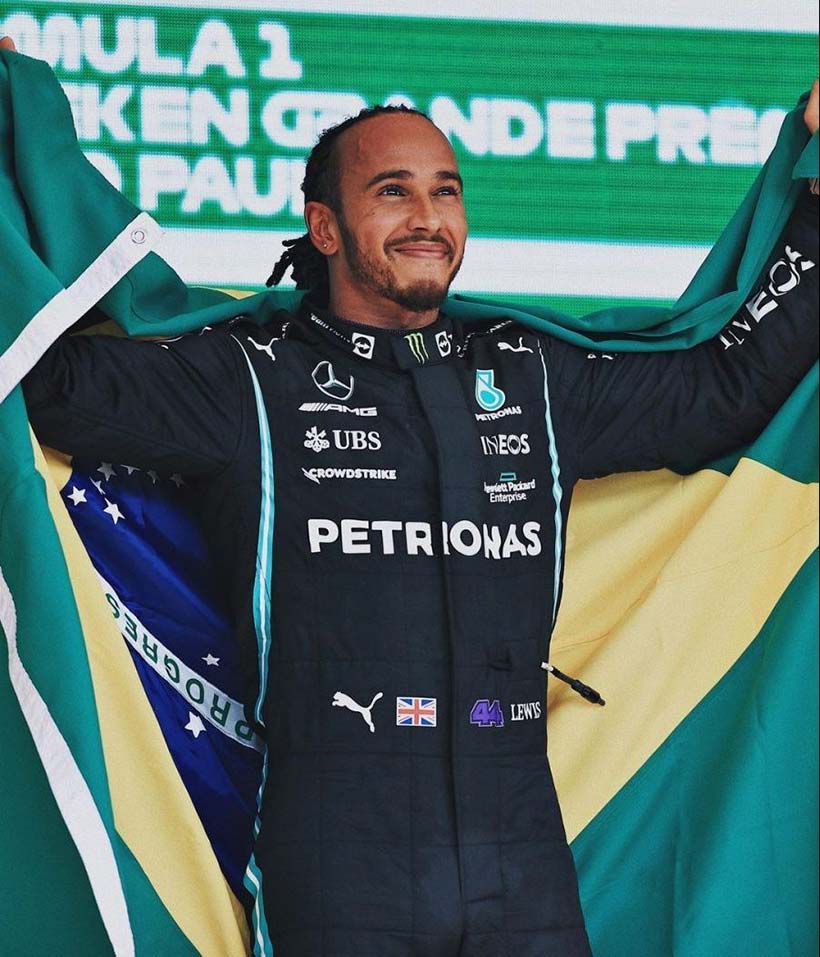 This one may not come as a shock to some vegans, as the racing champion has his own chain of vegan fast-food restaurants, Neat Burger.

Hamilton is an outspoken supporter of animal rights, having made the plant-based switch in 2017 after watching the Netflix documentary What the Health.

Prior to watching it, he claimed he was “on a mission to go vegan” as “animal cruelty, global warming, and our personal health is at stake”.

He credits his vegan diet as the reason for his sporting success and changing his energy levels for the better.

Speaking to Men’s Health magazine, Hamilton explained: “I have more energy; I’m so much more productive. I wake up feeling way better, clearer in thought and fresher in my body.”

He also revealed that since going plant-based: “I recover quicker; I sleep better. My skin cleared up. I have fewer allergies. There are just so many impacts.”

“I’m physically in better shape than I’ve ever been, and I’m more successful than ever right now, and my plant-based programme has played such a big role in that.” 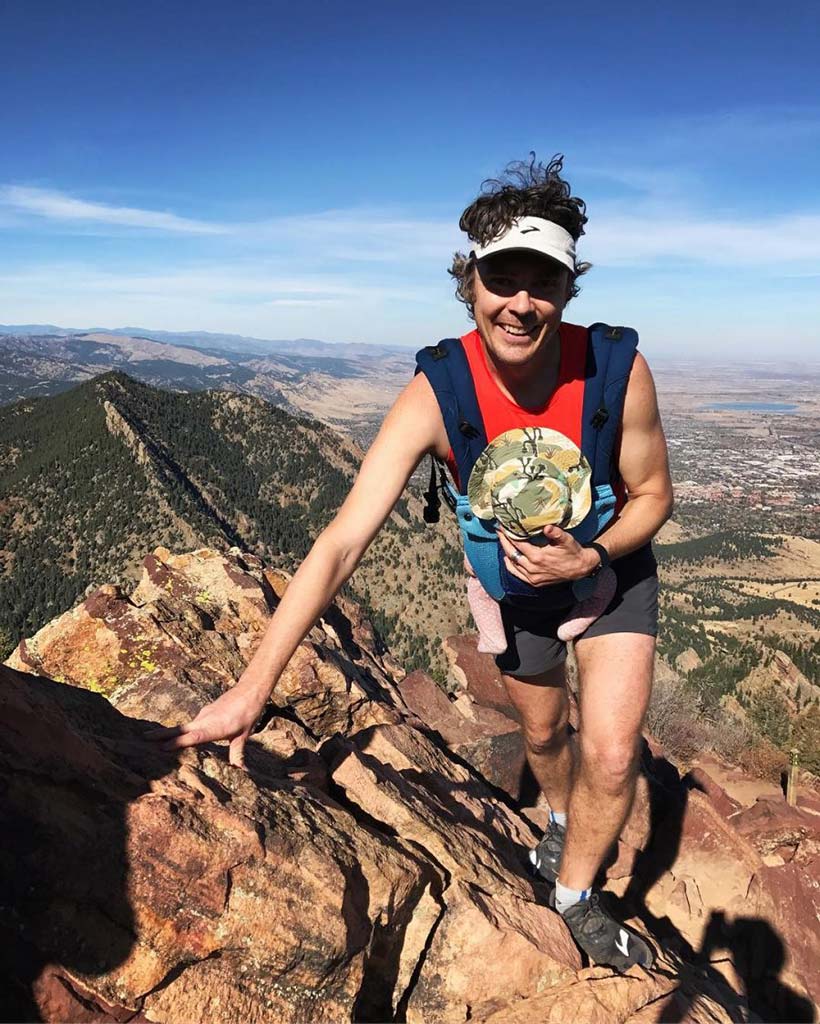 Ultrarunner Scott Jurek proves that you don’t need meat or dairy to excel in athletic performance.

He ran the entire length of the Appalachian Trail in a record-setting 46 days, eight hours and seven minutes.

Not to mention that he’s taken first place in just about all the ultrarunning world’s most high-profile races. All whilst abstaining from animal products!

Speaking to No Meat Athlete, Jurek explained: “A lot of people assume that one needs to eat animal products to gain a lot of muscle mass or sufficient muscle mass for even power sports, and that’s definitely been proved false time and time again.” 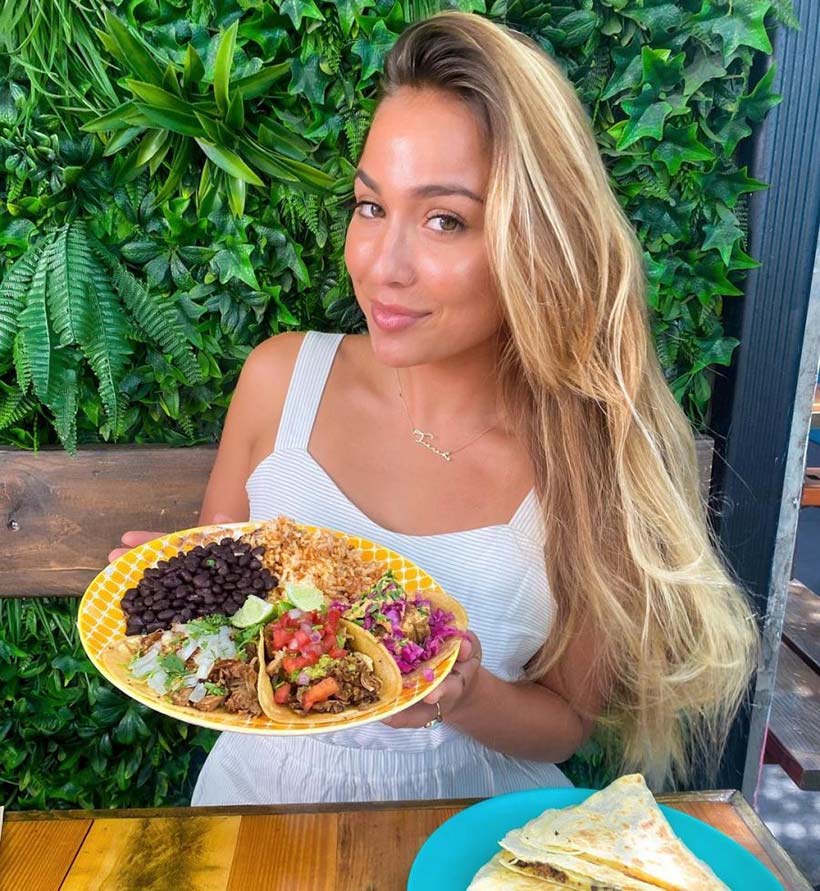 Vegan surfer Tia Blanco’s sporting career changed for the better after switching to a purely plant-based diet in 2013.

Having been brought up in a vegetarian household, she told Men’s Journal about her transition to veganism: “When I was 11 or 12 I started to get the questions — ‘Why are you vegetarian? Meat is good for you!’ ”

“And all I could say was, ‘Shoot, I have no idea.’ Then when I was 15, I watched the documentary Glass Walls and read The China Study, and then it became quite clear to me why I wanted to be vegetarian and why I wanted to adopt a vegan lifestyle.

“After doing my research, I chose to go vegan and have been dedicated to a vegan diet for [7] years now.”

The vegan athlete is vocal about her passion for veganism on her social media platforms and recently posted about celebrating World Vegan Day with a plate of plant-based goodness.

Enjoying this article? Read these next: 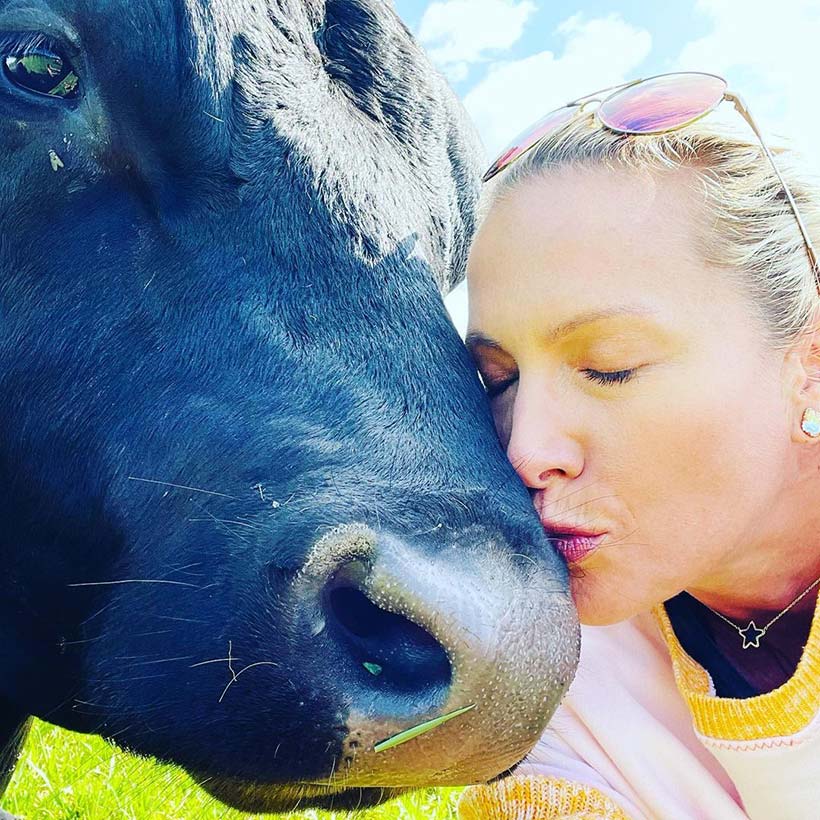 Throughout her career, she also achieved eight US national championships, two Pan American gold medals and a world record.

After retiring from competitive sport, she founded Switch4Good – a non-profit ‘rattling accepted norms around dairy and health.’

She admitted to OMD that she was worried a plant-based would impede her performance, explaining: “I found, however, the switch to plants had the exact opposite effect—I felt like it became my secret weapon.”

“I could breathe better during training and literally ride circles around my teammates who were many years my junior.

“What’s more, my recovery time decreased immensely. I didn’t have to spend nearly as much time resting from the gruelling workouts as I used to, which meant I could train more often and get stronger, faster.” 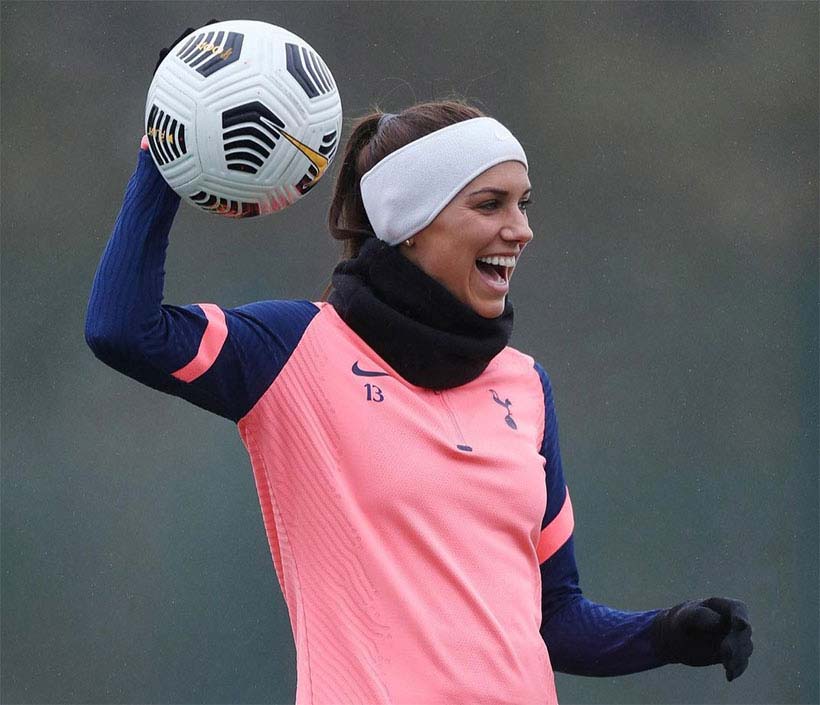 “I never thought it was possible I could be playing at an elite level as a professional athlete with a plant-based diet. Then I realised it wasn’t detrimental at all.

“I am passionate about giving animals a voice. I adopted a vegan diet because it didn’t feel fair to have a dog I adore and yet eat meat all the time.” 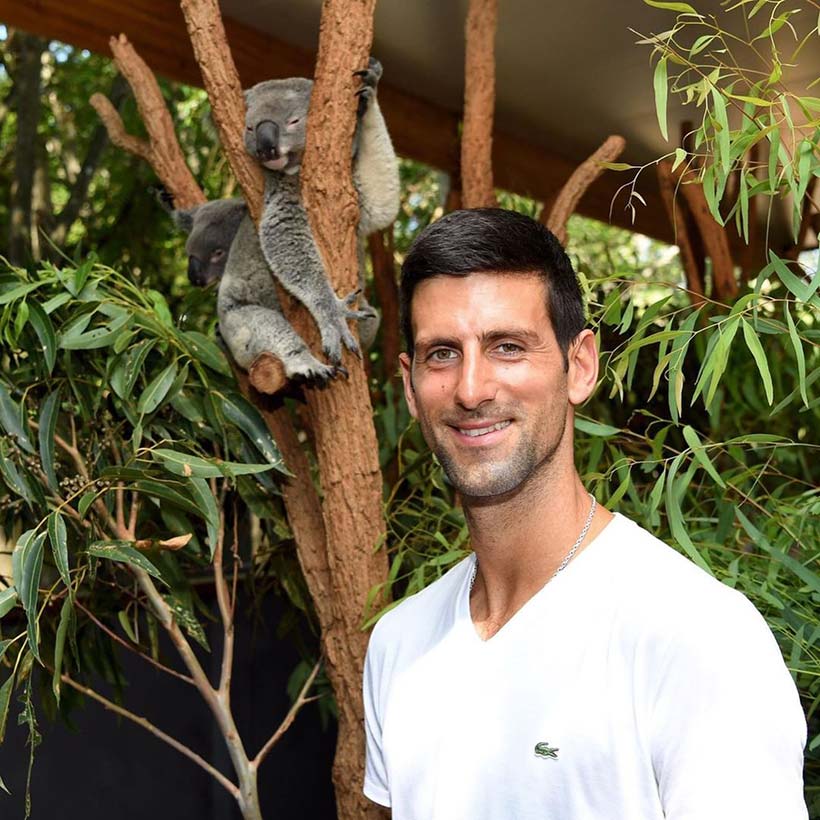 At the age of 34, Djokovic should be nearing sporting retirement, but he is still at the top of his game. We think it’s his vegan diet keeping him strong!

Speaking during a press conference, he explained: “It’s a lifestyle more than just a diet because you have ethical reasons as well, being conscious of what is happening in the animal world.

“The slaughtering of animals and farming and everything, that’s obviously also a huge impact on climate change which maybe people don’t talk about as much.

“It’s more than a performance reason for me, it’s a lifestyle, it’s something I’m really proud of.” 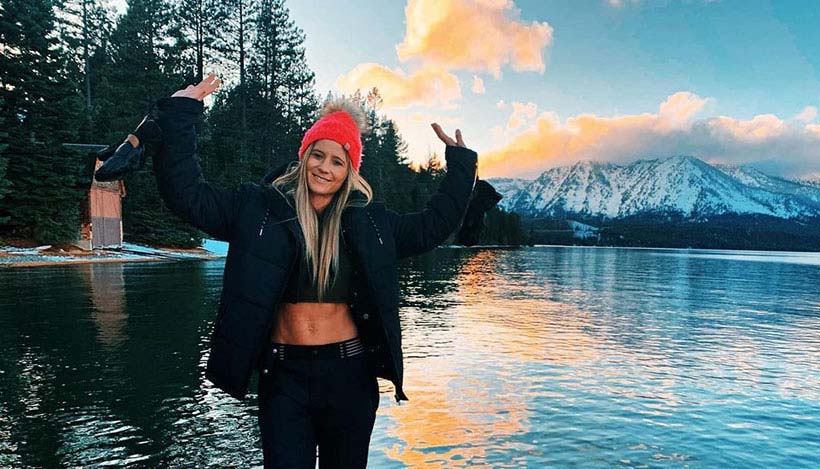 Olympic gold medalist Hannah Teter went vegan after watching Earthlings and being shocked at the horrific treatment of animals.

The snowboarding champion cut out animal products completely and is now one of the fearsome vegan athletes changing the face of the sports industry.

“My plant-based diet has opened up more doors to being an athlete. It’s a whole other level that I’m elevating to. I stopped eating animals about a year ago, and it’s a new life. I feel like a new person, a new athlete.” 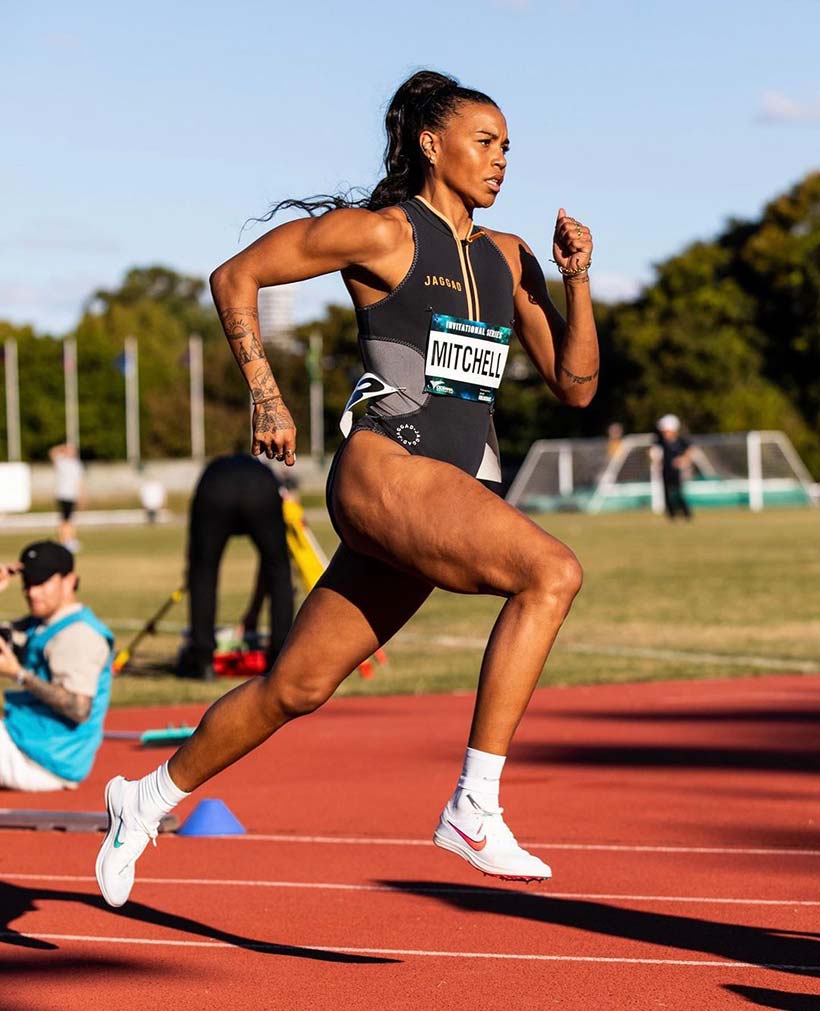 Sprinter Morgan Mitchell was just 21 when she competed in the 2016 Olympics in Rio, two years after switching to a plant-based diet.

She appeared in The Game Changers documentary alongside other vegan athletes including Dotsie Bauch and Scott Jurek, discussing the positive impacts a plant-based diet has had on her performance.

When asked what her teammates thought of her diet by Great Vegan Athletes, she explained: “After running PB after PB on my vegan diet I don’t think they could argue at all. There is still banter sometimes but you just have to shake it off and laugh.”

But eating vegan isn’t just about the health benefits for Morgan, “People often ask me ‘What if the vegan diet fails and you start running slower?’, ‘Will you ever eat meat again?’ or ‘Don’t you miss meat?’.

“I just have to reiterate the fact that the life of an animal and the wellbeing of the environment means more to me than any amount of money or the career path I wish to take because without them we wouldn’t have life.” 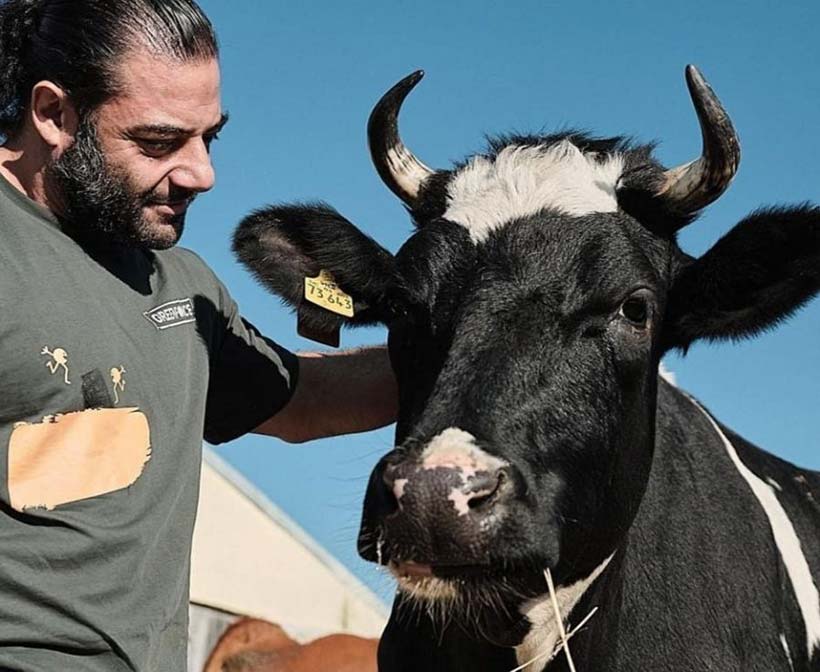 Those familiar with The Game Changers documentary and vegan veterans will recognise Patrik Bouboumian.

In 2011, he became Germany’s strongest man – the first-ever vegan to do so. He also won the 2012 European Powerlifting Championships in Finland, beating strongmen from across the continent.

Bouboumian is impossibly strong and watching him power lift could convert any meat-eating gym-goer to veganism.

In 2013 he told his followers: “This is a message to all those out there who think that you need animal products to be fit and strong. Almost two years after becoming vegan I am stronger than ever before and I am still improving day by day.

“Don’t listen to those self-proclaimed nutrition gurus and the supplement industry trying to tell you that you need meat, eggs and dairy to get enough protein.

“There are plenty of plant-based protein sources and your body is going to thank you for stopping feeding it with dead food. Go vegan and feel the power!” 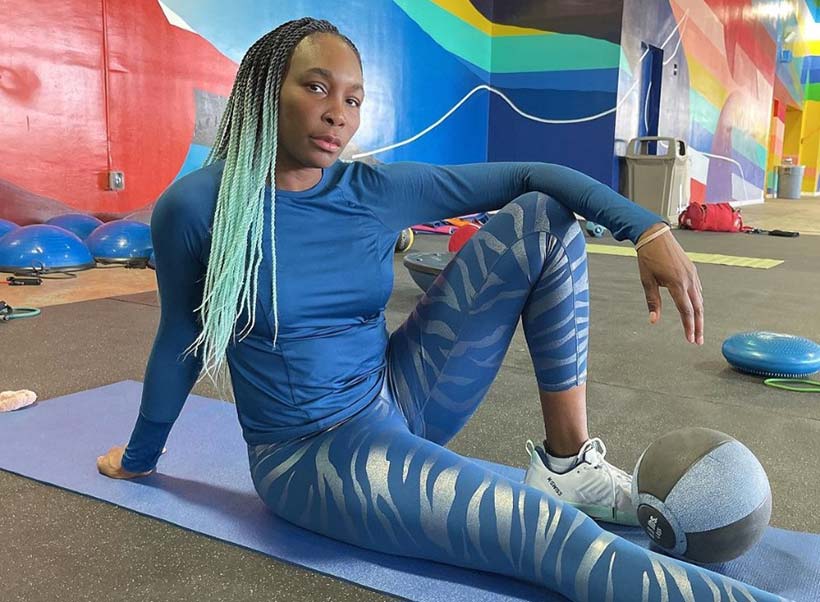 One half of the successful sister tennis duo Venus Williams has been fuelled by plants since 2011. The tennis pro went plant-based after being diagnosed with Sjogren’s Syndrome, an autoimmune disease.

Sjogren’s Syndrome causes joint pain and fatigue, which could have ended her tennis career. However, a vegan lifestyle allowed the tennis champion to manage her disease without medication and allowed her to continue playing the sport she loves.

Speaking to Health Magazine, she explained: “I was diagnosed with an autoimmune disease, and I wanted to maintain my performance on the court.

“Once I started, I fell in love with the concept of fueling your body in the best way possible [through raw, vegan food]. Not only does it help me on the court, but I feel like I’m doing the right thing for me.”

Venus is a vocal advocate of how a plant-based diet can fuel the active lifestyle of a professional athlete. In fact, she says other athletes even come to her for advice on cutting out meat.

She has even inspired her sister Serena to adopt a plant-based diet during her tours. Now she fuels herself with meals such as oats with strawberries, toasted Ezekiel bread, and brown rice with hemp and chia seeds.

We love this pair of plant-powered super sisters! 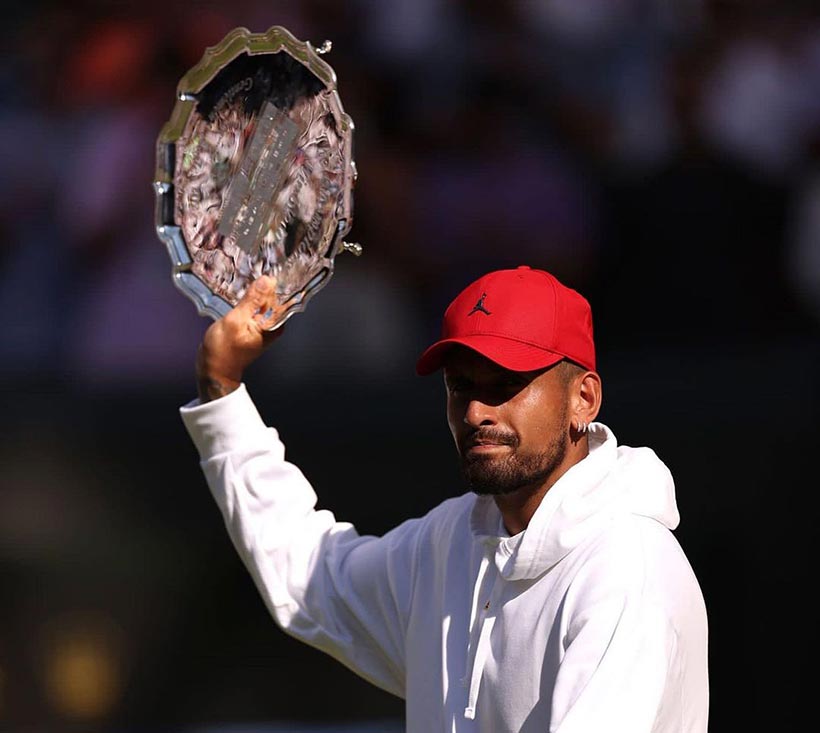 However, unlike many athletes whose primary motivation for being plant-based is their health, Kyrgios is also vegan for the animals.

The Australian tennis star was inspired to go vegan after the devastating fires that ravaged Australia in 2020.

In a blog post, he explained: “I don’t eat meat or dairy anymore. That’s not for my health, I just don’t believe in eating animals.

“Seeing the footage of these animals suffering with the fires only reinforces why I’ve chosen this diet. When I see these terrible photos, I can’t comprehend eating meat.”

Were you surprised by any of these vegan athletes?

If so, check out our article revealing 15 plant-based celebrities you didn’t know eat a plant-based diet. You’ll be shocked!