Raising vegan children in an omni world will often test your patience when you meet people who casually wonder aloud if your kids will get enough protein and calcium. Fear not though, it’s not as hard as it seems. In fact, with today’s increasing allergies, and people becoming more aware of what exactly they’re eating, it’s starting to become a piece of (vegan) cake. Janet Kearney is the founder of Vegan Pregnancy and Parenting and has given us some tips on raising Vegan kids! 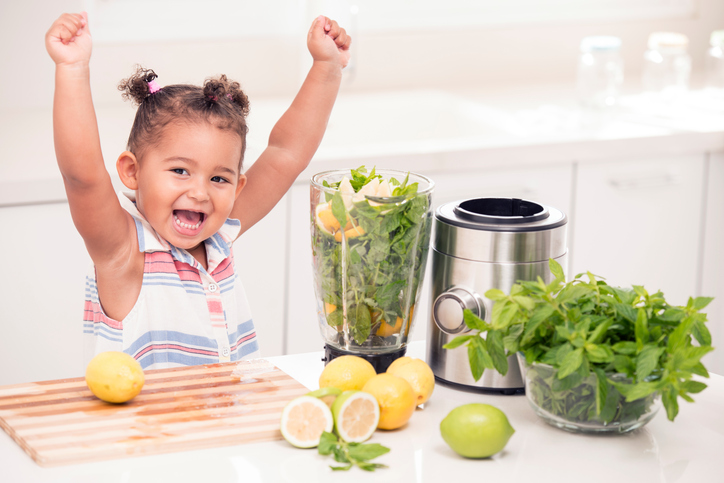 At Vegan Pregnancy and Parenting, I meet parents daily who are frustrated, feeling like they’re swimming against the tide. What’s key is support and information. If you’d like to chat with other vegan parents to share meal ideas, recipes, tips and more, then please join our Facebook page, or follow along on Instagram.

Playgrounds, parties, great aunt Martha’s. It doesn’t mean having to eat dried fruit and nuts whilst everyone else is enjoying party food. Kids will pick peanut butter dipped apple slices covered in coconut over goldfish snacks any day. At birthday parties I always ask ahead if it’s okay to bring a cupcake or even help with the preparation. Trust me, you won’t be the only mom there with a special cupcake for their child.

2. Sometimes we lose the battle, but win the war

Everyone is well meaning, but you will also find everyone knows everything about nutrition from watching too many reruns of Grey’s Anatomy when they hear you’re vegan. They will tell you how kids can only get calcium from milk, or protein from meat. You can nod and smile, or point out that a cup of oatmeal has the same calcium as a cup of yogurt. At the end of the day being nice always wins, a lot of parents were not always vegan, and we have to learn that everyone learns at their own pace. The best way is to show by example by showing those kids of yours are thriving.

As parents, we nearly all go through the picky toddler stage where they shout from the other room that your slaved over dinner isn’t what they want, causing you to take a very deep breath, and mull over acceptable wine drinking times.

Offer kids a variety of items for dinner so they have a few things to choose from on their plate — a roll of bread, rice cake, whatever your dinner consists of consists of, and stick to it. They can pick something they like from it, and the more they see everyone else eating the vegetables, the sooner they realise that piece of broccoli isn’t going to hurt them — and may actually be yummy! 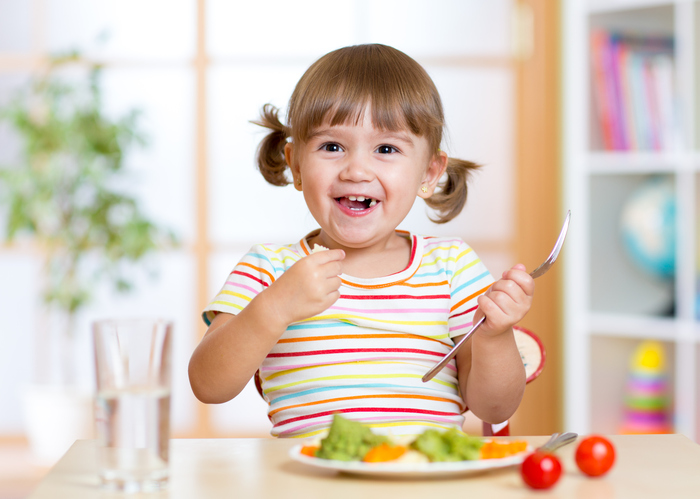 When kids are young, they cannot process the horrors of a factory farm the way we can. I’m not even sure I actually can now. We don’t need to show them Earthlings, or tell them how animals are treated for them to ‘get it’. They already get it. It’s our natural instinct to not want to harm another, so they are already at that point, and haven’t been conditioned to eating animals. We have rescue chickens and someone mentioned eating the eggs. My son looked at me and I casually said “imagine eating something that came out of a chickens butt! Gross!” He is so grossed out by eggs now that he is in disbelief that someone would eat them.

So explain it to them, but in a way that they’ll be ready for at their age. Bring them to animal sanctuaries, so they can connect with living beings on a personal level.

Vitamins — don’t leave them on the shelf. As vegans, we do miss out on some vitamins that omnivores won’t. For example, iron from plants is harder to absorb than animal products, and of course, B12. So break out the vitamins and give them a daily dose.

Don’t be the parent who only comes in when a new teacher has offered everyone candy. Be active, get to know everyone. Attend the parent meetings, explain what veganism is. Talk to the school nurse and see if your child can be flagged for animal products the same as a child with allergies so there are no hiccups when they are younger. If parents want to know more information offer to explain it instead of directing them to the nearest website. The more people who understand and know you, the less likely you’ll hear the dreaded words ‘but it’s only a little bit, and everyone else is having it’. 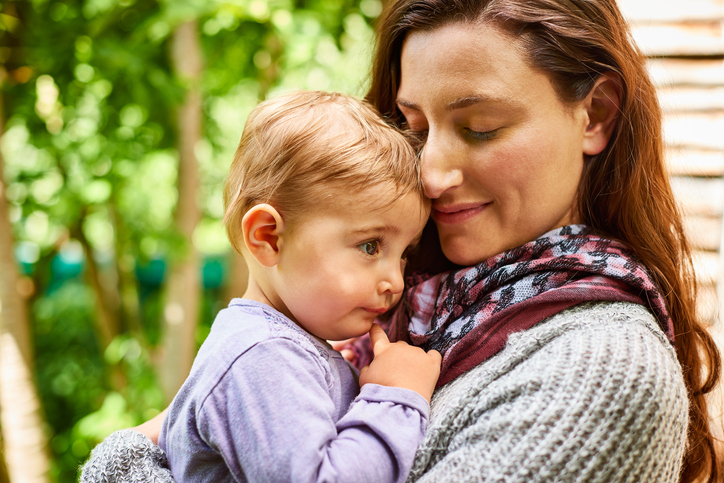 7. Be a role model for your kids

We know that vegans come in all different forms. I am very partial to French fries so being vegan doesn’t always equal being healthy. If you want your kids to be healthy vegans, model that behaviour for them. Don’t offer up mock meats and French fries too often. Show them that being vegan can mean being healthy.

8. Surround yourself with like-minded people

We all know the old adage that we cannot chose our family, but we certainly can chose our friends, and more importantly, chose our medical professions. If you have a paediatrician who is always questioning your ability to keep the kids healthy while being vegan, then they are actively working against you for the best of your child. Find someone who is qualified and knowledgeable about veganism so if you do have a question of calcium, they aren’t instantly suggesting you stock up on the dairy milk.

There are always going to be times where your child wants what little Kevin is having. They are young and don’t care in that moment that you’re explaining about milk, or cows. Or you’ll find yourself in an awkward position, where another person knows you are vegan, knows your child is vegan, yet, will ask in front of your child (always in front of them, because we all know how that turns out!) if they can have this dairy milk bar. Learn how to politely but firmly decline.

Being a vegan isn’t hard, it’s a different way of living. Try to remember that when people question it or ask you off the wall questions that it is usually well meaning and out of curiosity. You never know, they could be wondering if they can be vegan!