Top 7 vegetables for meat alternatives – from jackfruit to mushrooms

Meat alternatives are soaring in popularity and proving a popular choice with vegans and non-vegans alike. But if you're looking for less processed alternatives, here are 7 vegetables that make great meat alternatives!

They’re great for flexitarians still looking for that oh-so-familiar meaty texture, great for vegans (for obvious reasons) and can even convince the most arduous of carnivores that eating plants can be tasty…

But if you’re looking for a non-pea protein patty or a sausage that isn’t made from soy – we’ve got you covered with these 11 vegetables that you can use instead of meat.

Okay, so mushrooms are technically are fungus rather than a vegetable. But, they make a great meat alternative and come in a variety of forms.

And while mushrooms don’t possess the same amount of protein or iron as meat – they’re packed with fibre, B vitamins, potassium and antioxidants such as selenium.

They also have a meat-like texture and “umami” flavour – one of the five basic tastes we associate with cooked meats and broths.

Each kind of mushroom has a different texture and taste. So if you want to replicate a dish such as pulled pork – you’re best using King oyster mushrooms.

Simply shred them up with a fork, season, and add to a frying pan. Or, marinate them in a delicious BBQ sauce for a few hours before cooking. 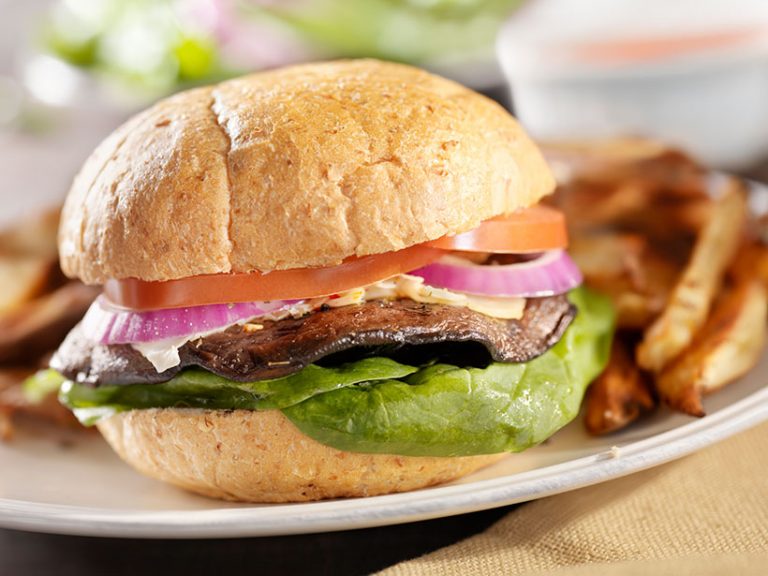 Mushrooms are one of the most versatile meat alternatives! Enjoy them pulled, marinated or even as a meat-free burger patty!

Check out this vegan Pulled Mushroom Burger recipe for inspiration.

If you’re looking for something a bit more familiar – like a classic burger – you might want to opt for the portobello mushroom. It’s juicy, will hold its form well, and even looks a bit like meat.

Just find yourself some decent-sized portobellos and don’t hold back on the seasoning. You can either pop them under the grill or cook them in a frying pan until they start to soften or reduce in size.

Not convinced? Try these Balsamic Portobello Burgers with Caramelised Onions and Garlic Aioli...

To many people’s surprise, the vegan chef used carrots as a replacement for bacon, making us see the humble root vegetable in a totally different light.

Carrots aren’t just for rabbits – they’re a good source of beta carotene, fibre, and vitamin K1. They’re also relatively low calorie and have even been said to reduce the risk of cancer (unlike bacon).

Simply peel the vegetable into thin strips and soak in a marinade of liquid smoke, maple syrup and spices to achieve that bacon-like taste. Then, pop into the air fryer or pan fry until crispy! 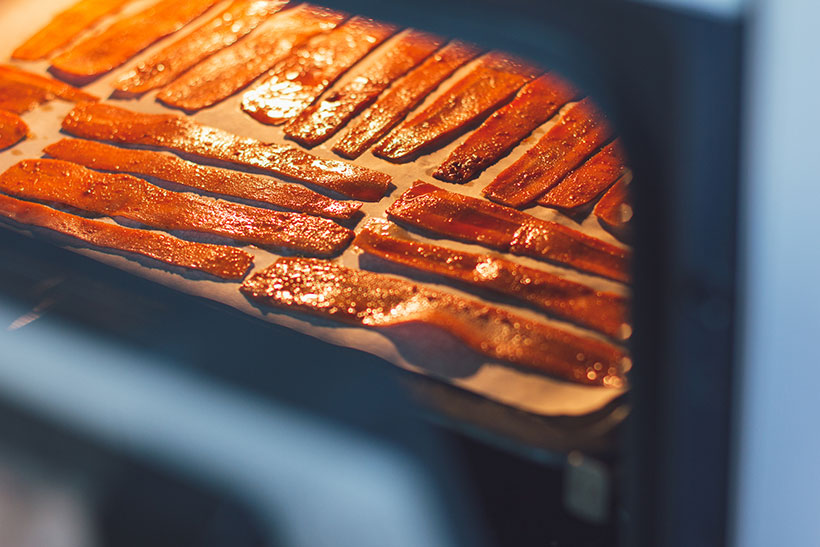 Cauliflower hasn’t always had the best reputation. For many years it was the bland white thing you avoided on your Sunday dinner – only willing to try if it was smothered in cheese and salt.

But now, cauliflower is a popular meat alternative and is surprisingly versatile.

You can cut the cauli head into bite-sized pieces, dip into a batter and – around halfway through cooking – coat in a buffalo hot sauce, and you’ve got yourself a healthier (but still delicious) version of chicken buffalo wings.

Or, for a more sophisticated meal – slice a large cauliflower head lengthwise and you have a “cauli steak”.

Now, it may not taste like meat, but if you season well and roast it in the oven until golden – you will not be disappointed. Here, we serve up a mouth-watering cauliflower steak with a flavoursome tomato salsa. 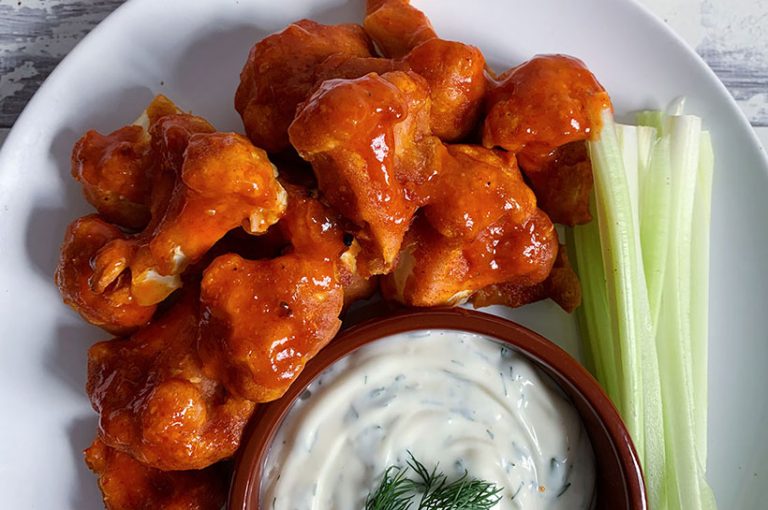 Aubergine has always been a friend of the vegan – but it can taste like a slimy mess if done wrong. Let’s be honest, grilling an aubergine does not equal a steak… You’re fooling nobody.

So, if you’re not yet convinced that aubergine (aka eggplant for all the Americans out there) can fool any meat eater, try this epic vegan moussaka recipe. 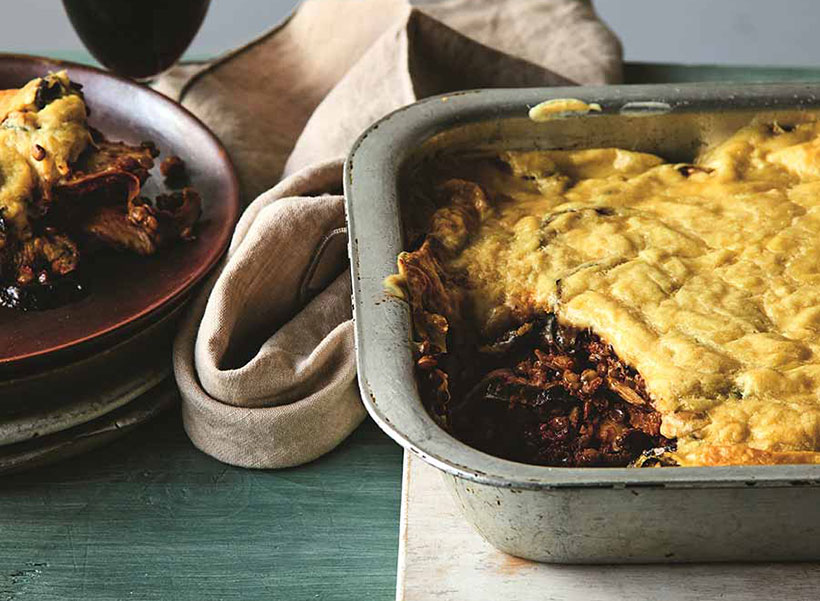 It consists of a wonderful tomato, mushroom and lentil ragu layered up with slices of aubergine and potato, topped with a creamy bechamel.

Plus, aubergines are a great source of antioxidants and may help manage blood sugar control1 due to their low fat and sugar content.

Okay, we know what you’re going to say. Jackfruit is technically a fruit, not a vegetable. And of course, you’re right, but this versatile ingredient just has to be mentioned when we’re talking about meat alternatives.

Jackfruit has really exploded into the mainstream in recent years. Its stringy texture makes the perfect pulled pork or shredded chicken alternative, and is even the secret ingredient behind Papa John’s vegan pepperoni!

In a similar way to tofu, jackfruit has a relatively neutral taste on its own. So, it’s all about how you season it. Just look at how easy it is to transform the bland fruit into a BBQ-lover’s paradise…

According to WebMD, jackfruit may also help lower your risk for a slew of health issues, including constipation, ulcers and diabetes! 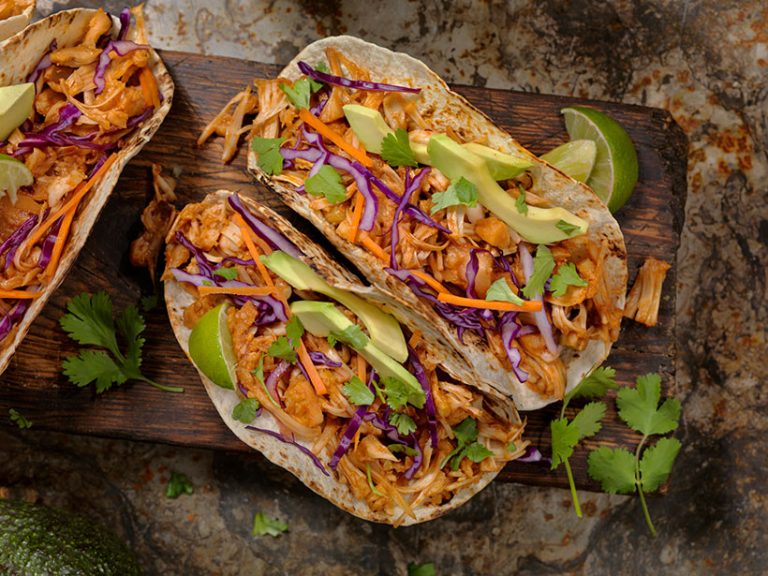 Jackfruit is one of the most popular vegan meat alternatives thanks to its meaty texture and neutral taste.

Beetroots are good for you and bad for white t-shirts. The cheap vegetable is often overlooked in cooking, reserved only for summer salads or juices that taste like dirt…

But, with the right knowledge, beets can be transformed into a protein-packed burger, and are commonly used by plant-based meats to give the illusion of a ‘bleeding’ patty. 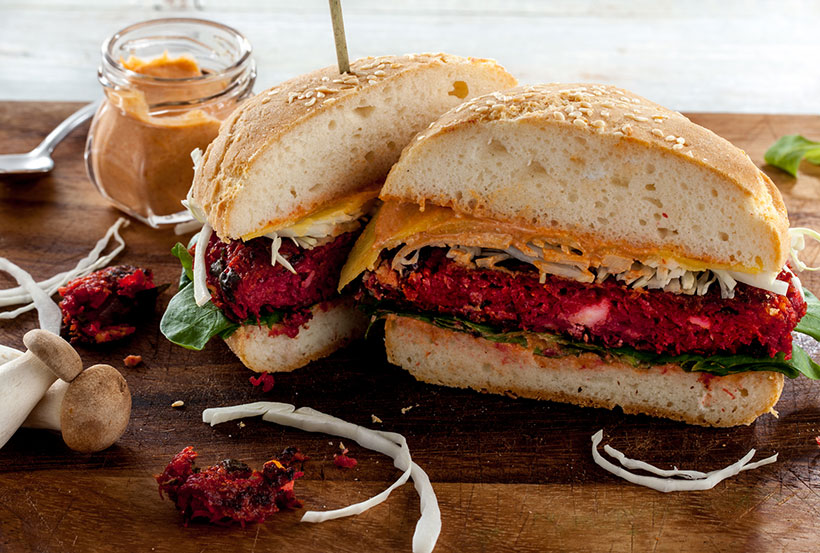 If that gimmick freaks you out, and you’re not a massive fan of super-realistic meat alternatives. This vibrant vegan beet burger  is perfect for you.

Everyone loves potatoes. They’re the very definition of versatile – whether you’re wanting to gorge on fries or have a healthy jacket for lunch.

When it comes to meat alternatives, potatoes may not seem like they have much to offer. But, the humble Sweet potato can quite easily adapt to any dish.

Fan of Mexican food? Check out these Vegan Fajitas that use spuds and mushrooms instead of meat. Or, why not rustle up some sweet potato skewers for your next BBQ?

Of course, you’re not going to get that meaty texture and taste with potatoes – but they’re undeniably tasty and are an amazing source of Vitamin A (unlike meat)…

Flaxseed makes a great vegan egg replacement, but did you know that it also packs an impressive nutritional punch too?

Here are the top 10 benefits of flaxseed you need to know about. 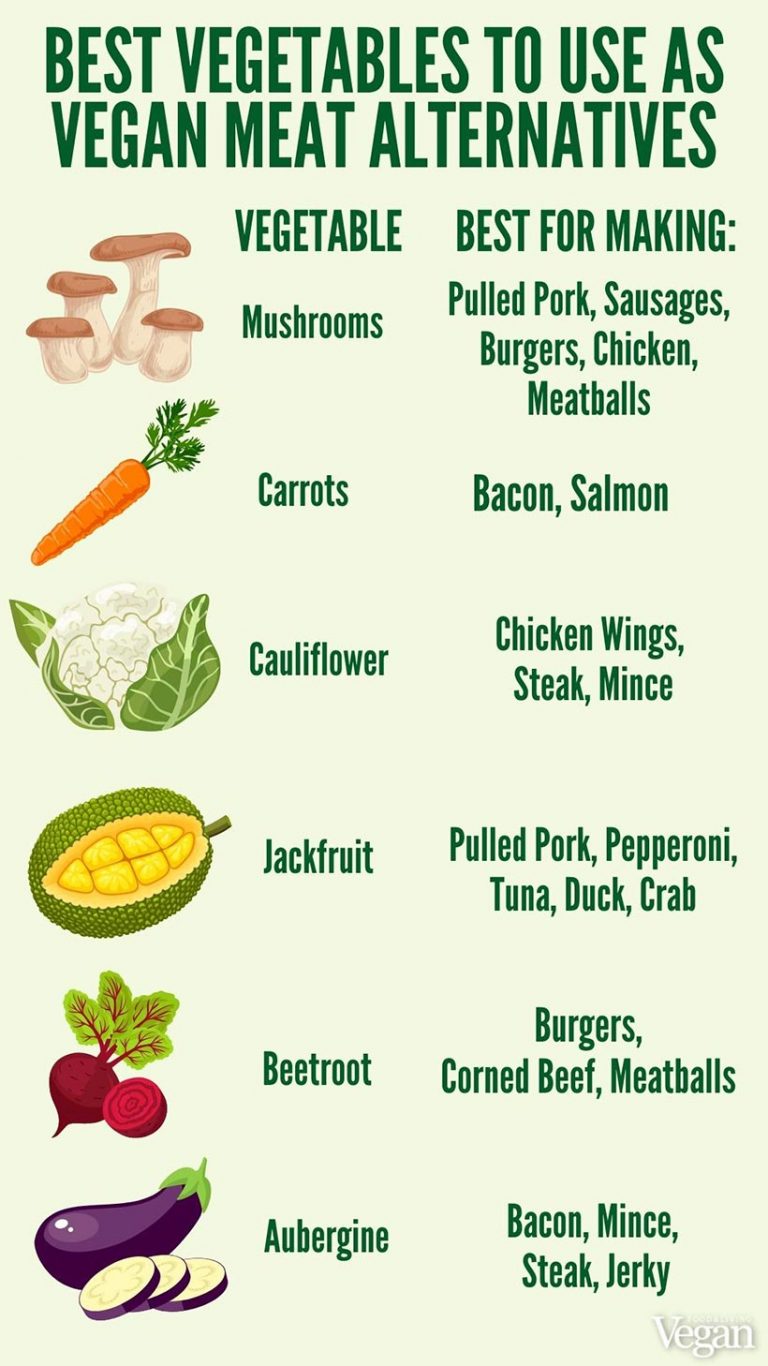 Pin this handy guide to the best vegetables to use for making meat alterantives. Image credit: Vegan Food & Living