Eshchar Ben-Shitrit, CEO and founder of Redefine Meat, shares his insight on the Alt-Meat movement and outlines some of the key factors that are essential to driving meaningful change among global meat lovers

In recent years, there has been a significant increase in awareness of the sustainability issues deriving from our current meat consumption and its damaging impact on the environment.

As a result, the pressure is on more than ever to create a meat alternative that can be enjoyed by all, converting ‘Alt-Meat’ from an often-considered niche product into one adopted by your everyday meat lover.

The recognition that we need to reduce meat consumption is garnering a lot of attention, but why now? And how does Alt-Meat fit into this?

Over the past few years, the environmental impact of meat consumption has been well documented and captured the attention of consumers, media and governments alike.

Back in August 2019, the IPCC (A UN Intergovernmental Panel on Climate Change) published an interesting report that highlighted the adoption of a more plant-based diet as key in combatting climate change.[1]

As this realization continues to grow throughout society, along with a growing interest in animal welfare and healthier eating habits, we have seen a huge surge in vegetarians, vegans and, more recently, flexitarians.

While the popularity of alternative meat diets has grown, the reality is that these people form a small minority globally. The mass habitual consumption of meat still occurs on a daily basis – including red meat.

Asking for a drastic dietary shift is certainly not an easy ask, especially given that for many eating habits are ingrained in them since childhood.

Meat isn’t just food; the act of eating meat for many is embedded in our culture, history, memories and passions.

As a result, the goal of the alternative meat movement is making that transition for consumers as seamless as possible – bridging the gap between the accustomed taste, texture and experience of meat and the current experience when consuming plant-based meat.

In recent years, alternative meat products have evolved to rectify this imbalance, which is essential to driving a change in the eating habits of the masses, whether that’s reducing weekly meat consumption or cutting it out entirely.

So why do we still see hesitancy from meat-lovers to adopt alternative meats as a supplement to actual meat? And importantly, how does the “Alt-Meat” industry change pre-existing perceptions of its product being a considerable downgrade from the real thing?

Given the prize is a $1.5 Trillion meat industry, the ability to answer and address these questions will be essential to establishing Alt-Meat as a main player and not just a niche. 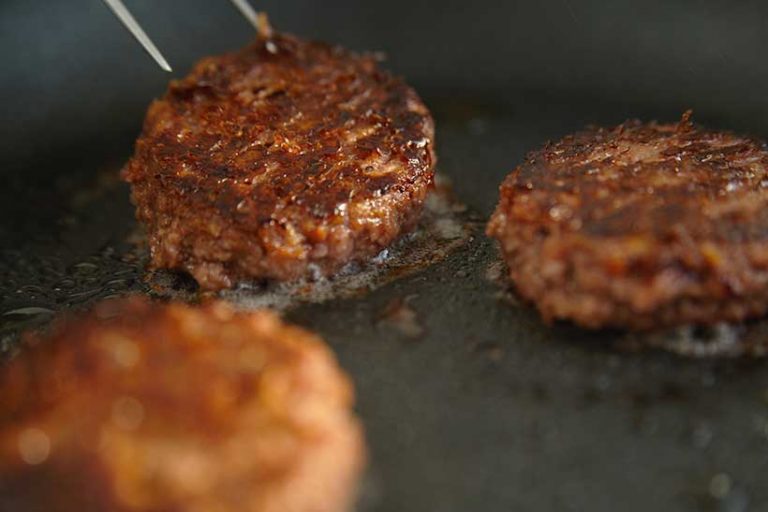 What steps have already been made in the alternative meat industry to help reduce meat consumption?

The Alt-Meat industry as we know it has been steadily growing from its’ beginnings in 1985 with the likes of Quorn and Tivall, whose primary objective was to deliver a tasty product high in protein to the growing population of vegetarians.

However, it was not until 2012 that Beyond Meat released a chicken-like substitute to target consumers previously missed by Alt-Meat companies – meat-lovers. This kickstarted the movement to create a convincing meat substitute, in both taste and texture.

Following close behind, Impossible Foods announced a burger in 2016 that took further steps in understanding the carnivorous consumer and recreate the composition of meat – importantly, they managed to accurately recreate the flavor profile of meat. For the first time in history, Alt-Meat started to feel really like actual meat.

These companies have all undeniably made waves in the food industry, with their products not only featuring in supermarkets across the globe, but also within the menus of chain restaurants such as Burger King, Subway and Dunkin Donuts.

Despite Alt-Meat’s popularity reaching unprecedented heights in recent years, the industry is still some way off competing with the meat industry.

Several decent alternatives to chicken and hamburger product exist, but step into any meat aisle in your average supermarket and get a real picture.

There will no doubt be a wide selection of meats available – beef, pork and chicken to name a few – with a vast array of products for each whether it be minced, steaks, roasts, stews and more – all at a range of price points.

Alt-Meat has probably a hundredth of that. And, even more importantly, many still do not consider even the best Alt-Meat products a good alternative to below average minced meat.

So, what needs to happen to ‘bridge the gap’ between alternative meat and meat-lovers?

The technologies, production methods and supply chain of alt-meat all need to evolve to directly address the real and complete needs of stakeholders across the value chain.

Firstly, it is vital that the industry works alongside the existing meat industry, instead of against them. After all, who knows more about meat than the ones who work with it on a daily basis.

Butchers large and small know their customers, in some cases for many generations. They know chefs and the habits of families cooking meat 5 times a week. They know the farmers, the breed, the feed and the ageing process.

Therefore, it’s essential that all their expertise is fed into the Alt-Meat development process in order to create better products. Saying “it’s meat made from plants” doesn’t answer the real question of what makes meat, meat.

Therefore, the key to unlocking the true potential of Alt-Meat is understanding the composition of meat – not just from a biological standpoint, but why and what exactly it is that people love about it. Replicating the taste and appearance is not enough.

Just as a pool player doesn’t need to know physics to act upon a very complex equation to hit an 8-ball in the pocket, no-one is aware of the thousands of processes taking place when we bite through a juicy piece of meat – but our brain does.

At the end of the day, for mass conversion to take place consumers need to easily incorporate Alt-Meat products in their lifestyle and habits as opposed to just enjoying the taste as a one-off novelty. 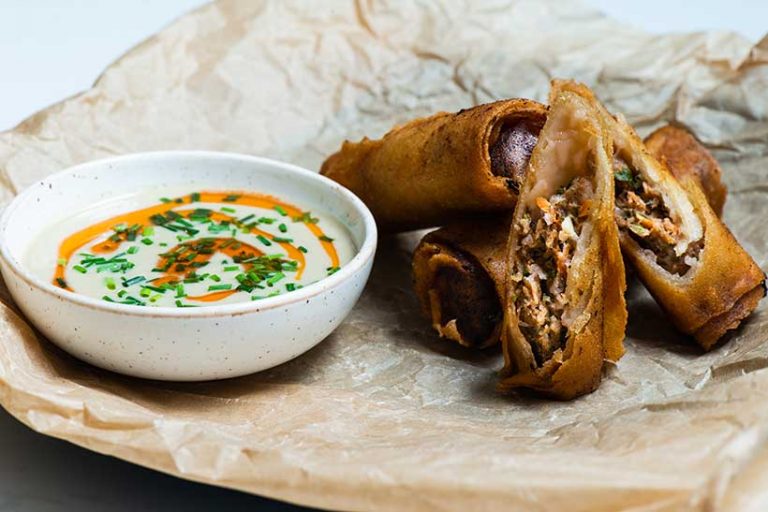 How does the Alt-Meat industry ready itself for mainstream consumption?

Tackling the challenge at a production process level is essential to drive meaningful change.

Today, many food companies approach development at the product or ingredient level, altering recipes to bring out newly enhanced products such as the next yogurt or chocolate bar. But if 100 companies each work on one product, even if they are all successful, you will ultimately only have 100 products.

On the flipside, if you have ten companies working on new technologies or processes that can generate entirely new products, you can create thousands of products.

If we apply this to the Alt-Meat industry, today most companies are developing better burgers or improved chicken nuggets at the product-level.

However, if we want to seriously change the make-up of the traditional supermarket meat aisle – which comprises not only a variety of meats, such as beef, pork, chicken and lamb, but also various cuts, different ageing, cooking styles etc. – then new technologies and production processes need to emerge to match what conventional meat already offers.

Strategically, this is where we are placing our emphasis in order to make Alt-Meat production as efficient and adaptable as possible.

However, to significantly enhance the tasting experience of Alt-Meat for consumers, leveraging innovative technologies to create new production processes is essential to overcoming the limitations of current Alt-Meat production techniques.

For example, Redefine Meat’s new 3D printing process enables the precise composition of meat layer by layer to bring every fiber of real meat to fruition in a way that conventional Alt-Meat processes cannot.

This production method opens up a vast array of possibilities, offering new players across the food supply chain the ability to accurately control the characteristics of meat they require, such as the specific marbling of Wagyu beef from Japan or the texture of grass-fed Australian Angus prime beef.

The emergence of new technologies capable of creating an Alt-Meat tasting experience that resembles the animal meat we are accustomed to, will be vital to converting mass meat lovers to plant-based alternatives.

The introduction of new production methods such as 3D printing certainly sounds interesting. What benefits will this have on the food industry and consumers?

With the ability to learn consumer habits, likes, dislikes and more, these learnings can be fed through into development to ensure the meat production matches consumer requirements.

This can drive a more modern ‘digitalized’ supply chain built to adopt innovation at a faster pace, delivering new alt-meat products faster based on consumer needs – so much so that you can customize meat offerings to suit varying tastes and dishes.

In addition, 3D printing enables the production of meat on-demand at or close to the point of sale, completely reinventing the traditional supply chain and its centralized production models. 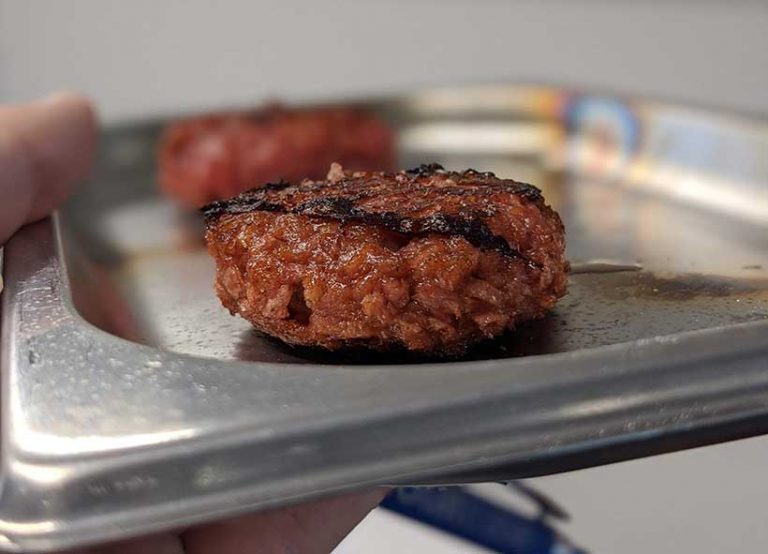 Instead of depending on suppliers to deliver meat from across the globe, 3D printing opens up a world of on-demand production at the site you need it, when you need it, in the exact quantity you need.

Not only does this further increase sustainability in production by hugely reducing the pollution associated with logistics and waste, 3D printing meat can also play a major role in overcoming meat shortages derived from disrupted supply chains.

You only have to look at what we’re facing right now with COVID-19, where meat production plants have suffered outbreaks and cross-border logistics severely disrupted. Or in recent times, geo-political issues such as Brexit or the US-China trade war that can directly impact the supply chain.

With on-demand production enabled directly at the site that needs product, these supply chain bottlenecks can be overcome.

Can we realistically expect alternative meat to be adopted at the levels of today’s meat industry in the near future?

While on the surface it may seem that we’re still some way off from bridging the existing chasm for meat lovers, the reality is that we’re closer than you think.

Companies such as ours are making rapid developments at the production-process level to create meat from plant-based proteins that more closely align to the meat experience most of us have been accustomed since childhood.

Through closer collaboration with the traditional meat industry to better understand ‘what makes meat, meat’, these new production methods are being enhanced even further – which will be vital to evolving the Alt-Meat industry to the next phase in terms of driving long-term, meaningful change amongst meat lovers.

For consumers, they can enjoy more options regarding the source of meat they consume – animal-based, plant-based, fungi-based and, in the future, cultured meat.

This allows conscious carnivores to actively make a change to reduce their food environmental impact – just like with their transportation habits.

We will have less hormones, cholesterol and animal-related pathogens in our food system, which will have an overwhelmingly positive impact on our lives.