The chronicles of life as a gluten-free vegan 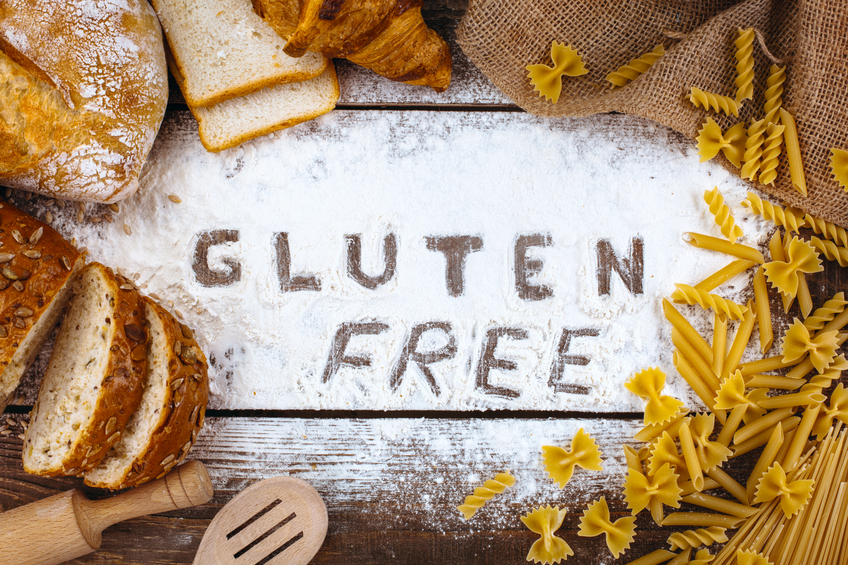 Once upon a time, there lived a woman whose digestive system refused to accept her appreciation for the humble restaurant bread-basket, home-tossed pizza dough or selection of vegan baked goods. You see, her body would punish her just a matter of hours after she gave into tempting cupcake labelled “eat me”. Her stomach would swell like a ball gown, twisting and turning, cramping and churning, leaving her a bed bound beauty for days on end. Gluten was the forbidden fruit invading her every whimsical foodie fantasy. The consequences of which, never ended happily ever after.

When I tell others I’m vegan, after much head-scratching, they usually conclude that I am able to live happily on carbs such as bread and pasta. That’s before I tell them that I am intolerant to wheat and gluten. Safe to say, I’m placed at the bottom of everyone’s fantasy dinner party list.

If being vegan wasn’t enough to constrain my diet, my body decided wheat and gluten was the enemy on my plate. At first, like many gluten-free and intolerant transitioners, I was in denial, powering through vegan cakes and sourdough bread like I wouldn’t have crippling stomach pain and nausea later. Far from ideal. I decided enough was enough and sought advice from a dietician friend, who confirmed what I suspected – I declared myself intolerant to wheat and gluten. Since then, I’ve not looked back. I’m listening to the needs of my body as never before, and my digestive system is less unstable volcano, more simmering tepid water.

I would recommend getting a full medical or dietician diagnosis before adjusting your diet accordingly:

Intolerance is another word for dietary allergy, resulting in an often delayed negative reaction internally. Dietary intolerances are far more common than you may first think. There are a variety of different degrees of allergic reaction to food-based allergens such as soya and dairy, all of which emanate from the body’s rejection of certain protein complexes in common foods. The most common culprit besides lactose (not an issue for us plant-mylk drinkers) is gluten. Let’s get molecular for a second…

Gluten is a complex protein compound found inside certain grains, including wheat, oats, spelt, rye and barley. Gluten (from the Latin, meaning glue) constitutes two protein complexes; gliadin and glutenin, which combine together to store carbon and nitrogen for later use in the plant. When these proteins associate during cooking and processes involving water, a stretchy and globular texture is created, which will maintain structure when heated and cooled. This is why gluten-containing flour is used in baking products, as pockets of air can be held within the structure of the gluten proteins, maintaining the light texture we attribute to cakes and breads.

The reason why gluten becomes so bothersome is due to the high allergenic nature of gluten. The protein complex is very difficult to digest and break down, and so can irritate the intestinal tract in certain individuals whom may have a predisposition to digestive sensitivity (but it’s not known why some people are more likely to develop a sensitivity than others).

The intestinal villi (small finger-like protrusions of the intestine that help us achieve optimal digestion) respond with an allergic response in the presence of gluten. Triggering the body’s immune system, white blood cells and lymphocytes go into overdrive in an attempt to protect you from potential harm. Much as when we experience a cut or burn, there’s a rush of immune cells to the area, which induces the symptoms of gluten-intolerance. What’s more, the digestive system tries to rid itself of the gluten as soon as possible, which may result in diarrhoea and sickness. Some even report skin rashes from gluten ingestion – dermatitis herpetiformis (DH) is a small, red and blotchy skin rash that results from the consumption of gluten as a result of inflammation and auto-immune reactions. DH is estimated to affect 15-25% of those with coeliac disease (National Institute of Health, 2017), and can be prevented by abstaining from gluten.

Thanks to current consumer lifestyle focus on health and wellness, consumer demand for alternative products that cater for everyone’s diets are on the rise. Supermarkets are in a head-on race to colonise the ever-growing free-from slice of the market, with a huge boom in the size and variety of free-from foods available in every leading supermarket to date. The most on-board supermarket I have found is Tesco, with their own free-from range growing by the week – the free-from cheesy flavour nachos are possibly my favourite Saturday night pick-me-up. No…they are my favourite.

One of my favourite places to widen my dietary product range is by checking out vegan festivals and fairs. VegFest and The Allergy and FreeFrom Show are two of the best, and largest exhibiting festivals that you will experience. If the free samples weren’t enough to draw you in, there’s the promise of discovering exciting new products at an often discounted price. You will be surprised at the variety of breads that can be made from brown rice and buckwheat flour. Mind-blowing!

If your current supermarket just isn’t giving you what you need, don’t be afraid to shop around and see what other shops can offer you. Independent vegan and vegetarian shops will always be ready to help you find suitable products, and a quick search on Ocado will reveal a whole range of free-from products by independent and smaller-scale gluten-free companies (such as Dee’s and Amisa). Last resort? I tend to bulk buy gluten-free staples, such as red lentil flour pasta and rice cakes, online, usually via Amazon, for a cheap and easy one-stop supermarket without leaving the house. 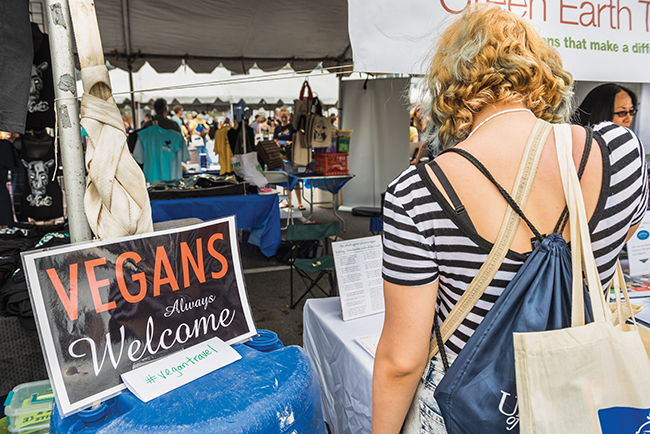 Just because you’ve ditched the gluten doesn’t have to result in culinary despair. Free-from alternatives to pasta are usually made with alternative grains such as rice, maize and quinoa. You can even get higher protein pastas made from pulses such as edamame beans, lentils and chickpeas. Wheat pasta can also be made gluten-free by a form of extraction technique. Be cautious though as some gluten-sensitivities can be triggered by wheat, even when the gluten has been removed. I learnt the hard way that wheat’s fibrous protein structures can cause certain individuals to have an allergic intolerance reaction similar to that produced by gluten. Until you’re sure, save experimentation for a lazy Sunday perhaps!

In terms of savoury cooking, buckwheat flour or cornflour can be used as a gluten-free alternative to wheat in a cheeze sauce. I use potato starch and chickpea flour (gram flour), and replace the gluten with a rising agent such as bicarbonate of soda. Quinoa is a fabulous gluten-free alternative, with the added bonus of containing a higher level of protein and iron. Buckwheat (no relation to wheat!) is a delightfully-nutty grain that can be used in salads, or when soaked overnight and rinsed, as a porridge base.

Baking with gluten-free ingredients requires a little more effort and thought than savoury foods. Gluten-free bread making is an art form nothing short of wizardry if you ask me. This being said, I have had a degree of success making flatbreads and chapatis out of buckwheat flour, and I have mastered the art of coconut flour cupcakes. I’ve learnt one simple fact: Whatever you knew about baking with wheat flour, forget it, as it will not work out well!

Alas, I am definitely no expert when it comes to baking gluten-free goodness. Luckily for us, there are a bevy of wonderful and experimental bloggers out there who’ve done all the hard work for us! Some of my favourites include:

I don’t advise trying to veganise traditional gluten-free recipes, as many rely on egg protein as a binding and raising agent. Take it from me, your cupcakes will probably be cup-cocktails or cup-rocks! Instead, use a tried and tested recipe from one of the blogs above, and you’ll guarantee success. Be prepared to use various raising agents, strange sounding gums and agars, and unusual combinations of flours. 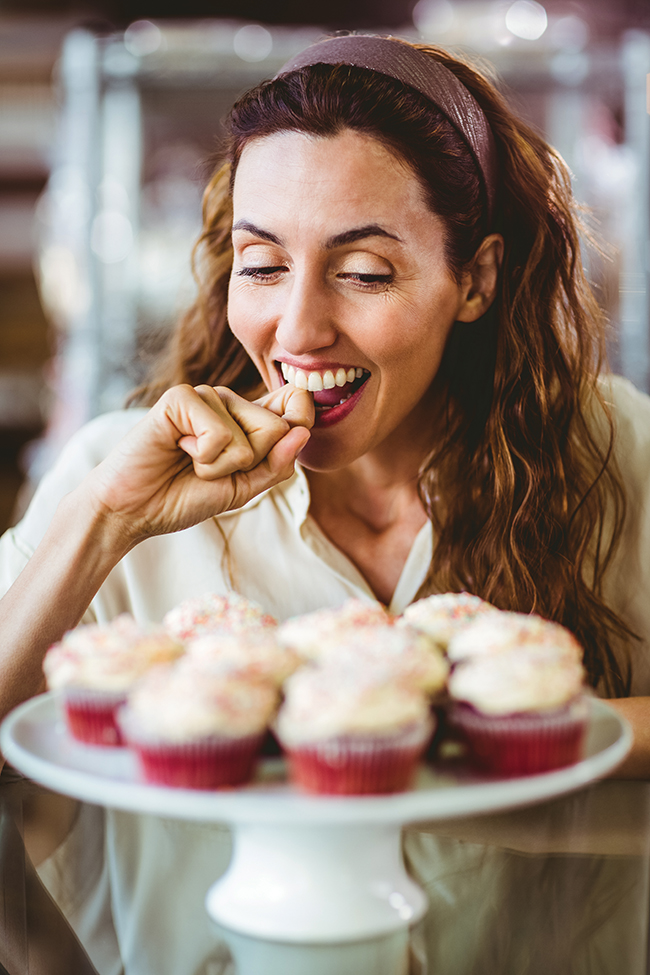 Dinner date looming? Does that family meal out on Tuesday have you imagining a plate full of salad leaves? If you’re expecting to leave hungry, frustrated and severely depleted, allow me to help. One of the best personal attributes of being a foodie is my incessant insistence on checking out the menus of the restaurants that we go to at least a week in advance of our meal. If it’s not up to scratch, I’ll sometimes (actually, always) insist upon changing restaurants to somewhere more accommodating.

However, it’s not always an option. If you know you’ll be visiting a restaurant that is unlikely to cater to your needs, try ringing them at least 3-4 days beforehand. I’ve spoken to many chefs who are happy to create risotto, soups and stews, and even buy in gluten-free pasta. Most restaurants are more than happy to accommodate you, saving your stomach from potential horror and/or starvation.

Meal on a whim? Opt for chains such as Zizi’s and Wagamama, both of which offer a vegan and allergen menu for customers. Result.