Should vegans worry about cross-contamination?

In recent years, the boom in vegan products and menus has seen the market flooded with new products and dishes. But with so many non-vegan companies now offering vegan products, the issue of cross-contamination is a concern for many vegans.

The rise in restaurants offering vegan dishes on their menu is definitely a cause for celebration, but when choosing to dine in non-vegan restaurants we run the risk of eating food that has been cross-contaminated with animal ingredients.

For some vegans, it’s just an unpleasant (but unavoidable) price we pay for being able to dine out with ease with our friends and family. For others, it’s unacceptable and something they feel should be taken more seriously.

Furthermore, many vegan products are manufactured in facilities alongside non-vegan products as so contain allergy warnings like ‘may contain milk’ which is off-putting to some vegans.

In this article, we explore both sides of the debate to understand why some vegans are happy to accept cross-contamination as a by-product of the manufacturing process, and why others would like to see stricter measures in place to prevent it…

A product is either vegan or it isn’t.

A government report published in 2014 showed some foods labelled ‘may contain traces of milk’ actually contained much larger amounts – enough in fact, to be unsuitable for those suffering from dairy allergies.

Julian Lucas is the sales and marketing manager for vegan company Plamil, which produces completely dairy-free chocolate, and has been lauded by various organisations for its ethical practices. As well as its own range of vegan chocolate and mayonnaise, the company makes bulk chocolate for industry such as bakers, caterers and chocolatiers. 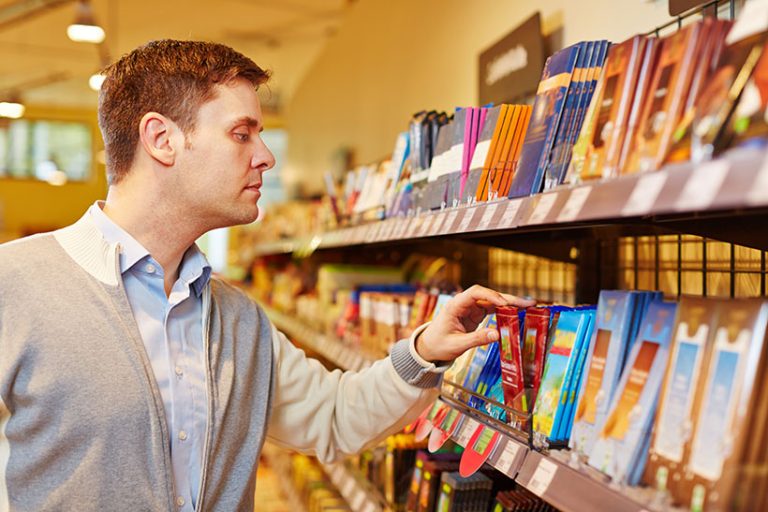 "Consumers should be able to buy a marked, vegan product, and be confident that it is in fact, as far as possible, free of animal derivatives.” Image credit: Robert Kneschke via Adobe Stock

He says: “Why is a little bit or torture ok? A major difference between the vegetarian and vegan diet, as promoted by the Vegan Society itself is the cruelty of the dairy industry, so why approve a product just because it only has a ‘tiny’ bit of milk in it?

“After all, it is possible for companies to create chocolate on dairy-free premises, it is just more expensive for them to do so. But if you are a company selling vegan products, you should adhere to a higher standard.

“The responsibility lies with the manufacturers to make a vegan product, rather than the consumer, who should be able to buy a marked, vegan product, and be confident that it is in fact, as far as possible, free of animal derivatives.”

According to Julian, it is impossible to completely get away from all animal products. “For example,” he says, “there can be insects in harvested crops. But if it’s possible to produce something without animal products, that should be the vegan benchmark.

“For me, calling a product vegan means it doesn’t have milk in it. It’s about doing everything practicable to make the food as ethical as possible.”

This is about minimising suffering to sentient beings. If a product is labelled ‘may contain’ what that means is it was made in the same factory another, non-vegan product was made in.

Amanda Baker, senior advocacy officer at the Vegan Society says: “We have a trademark that can go on products deemed suitable for vegans.

“About eight years ago, we checked with the Food Standards Agency (FSA) which was at that time in charge of food allergy labelling, and the organisation agreed that ‘may contain’ type statements can be consistent with a ‘suitable for vegans’ label. 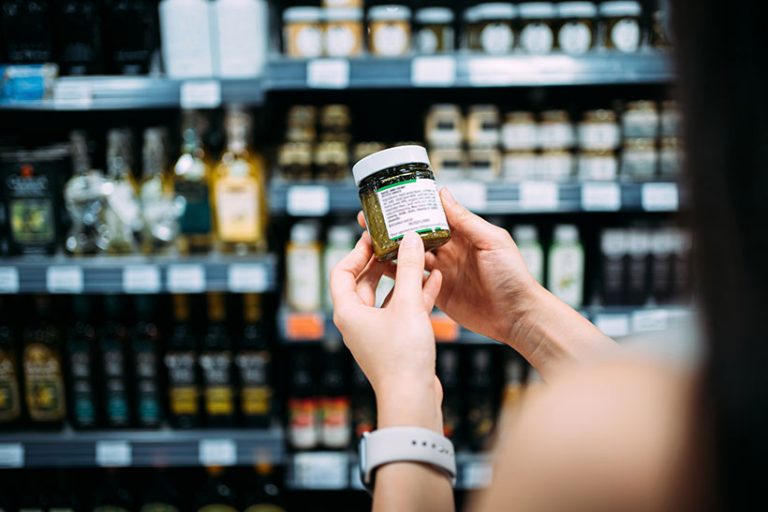 "If a product is labelled ‘may contain’ what that means is it was made in the same factory another, non-vegan product was made in." Image credit: d3sign via Getty Images

According to Amanda, the purpose, and ultimate aim of, the Vegan Society is to end the use and abuse of non-human animals by human animals. So the main issues that would preclude items being trademarked as vegan would have to intentionally contain products derived from animals, or be a product of ‘careless’ cross contamination.

“The term ‘careless’ cross-contamination refers to manufacturing process,” explains Amanda. “There are recognised practices for specific products, in terms of manufacturing, and how machinery is cleaned.

“We’re not looking at creating a ‘clean bubble’ in the same way someone with an allergy is.

“This is about avoiding animal ingredients as far as is possible and practical. When harvesting crops, there will be some cross-contamination with insects, despite best industry practices being in place. It’s not desirable, but it’s unavoidable.”