OPINION: Selling plant-based products in the meat aisle benefits animals and the planet

Toni Vernelli from Veganuary explains why selling vegan meat alternatives in the meat aisle is a great move for animals and the planet. 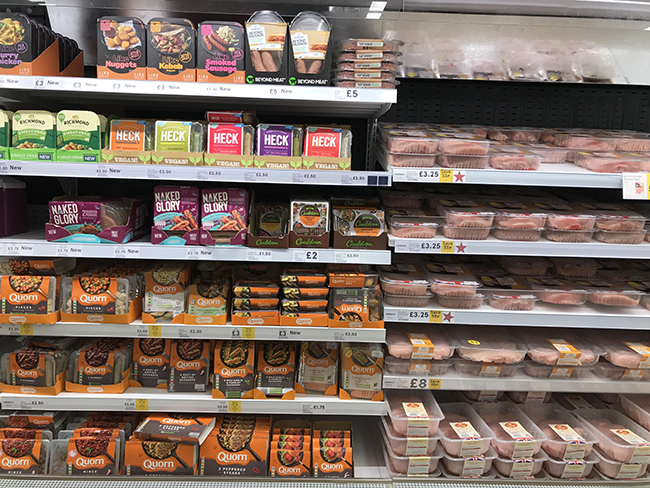 Today, Britain’s largest supermarket, Tesco, has announced it is launching 45 new plant-based products today and placing them in the chiller cabinet next to their meat-based counterparts.

Despite brands such as Beyond Meat, who stock their plant-based products alongside meat, finding their biggest customer base is flexitarians and those looking to cut down on the meat consumption, many vegans and veggies feel these products should be stocked in dedicated aisles away from meat.

Veganuary’s International Head of Communications and Marketing Toni Vernelli, who has been vegan for nearly 30 years, explains the benefits to both animals and the planet when brands make the decision to stock vegan products alongside meat… 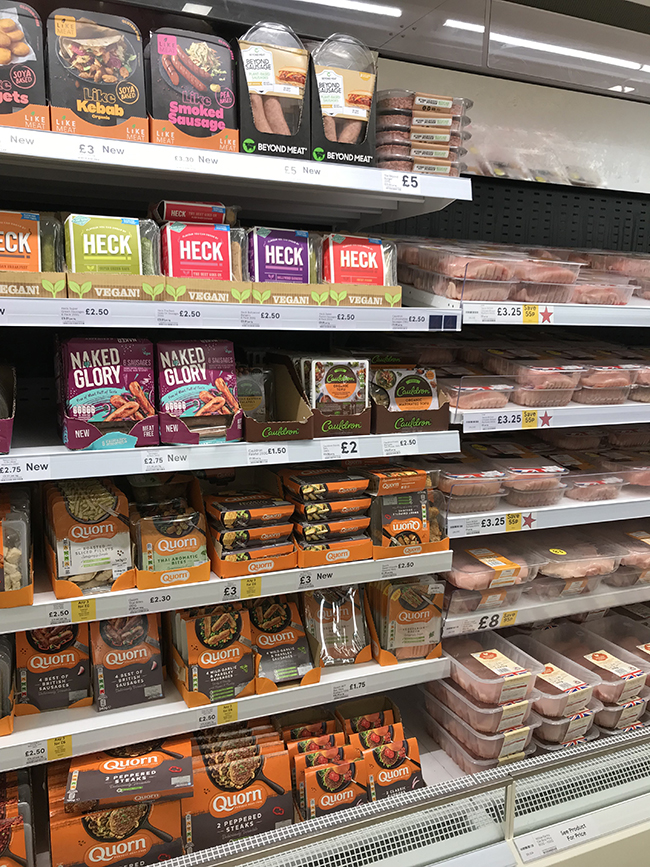 “With major supermarkets in the US (Kroger) and the UK (Tesco) taking the bold decision to put plant-based burgers, sausages and nuggets in the same chiller cabinet as their meat-based counterparts, those of us who are ‘vegan for the animals’ have reason to celebrate!

Having been vegan for coming up to 30 years, I’m the first to acknowledge how ubiquitous vegan options now are, how tasty and varied they are, and how similar they are to the animal-based products they’re mimicking. But I know this because I’m vegan and, like the rest of my tribe, can sniff out new vegan products like a bloodhound. People who have no reason to be looking for vegan options often still think they are scarce and primarily hummus-based. It’s almost as if some people are vegan-blind, completely oblivious to posters, billboards and point of sale signage advertising new vegan options. And if these new products are hidden away in the ‘special’ vegan section of the supermarket, the chances of anyone other than existing vegans ever finding or trying them are astronomically small.

As someone who has been fighting for animal rights since my teens, I believe we have a moral obligation to help non-vegans make more compassionate food choices. And this is best done not by preaching and scolding, but by showing them how easy it is and encouraging them to ‘just try it’. There is no easier way to do this than by putting delicious vegan options – that look like products they are already buying – directly under their noses. Even better that some of these new plant-based products are by the same brands making the meat-based ones they currently buy. The risk of trying something new seems much less daunting the more similar it is to the familiar.

So, I won’t grimace and hold my nose as I walk down the meat aisle to find all of the exciting new plant-based offerings. No, I’ll be smiling. Because I know that my discomfort looking at the shrink-wrapped pieces of animals’ bodies will pass as soon as I move to the next aisle. For the animals trapped inside cages, crates and transport trucks, the discomfort doesn’t end until they draw their last breath in the slaughterhouse. Making plant-based options more widely available isn’t about helping me, it’s about helping them.”

Images courtesy of Veganuary. Do not use without permission.