Hollywood is ditching meat and dairy and going plant-based! Here are some plant-based celebrities you didn't know ate a plant-based diet...

With interest in plant-based diets soaring, it’s no surprise that celebrities are getting in on the action!

Inspired by vegan celebrities such as Rooney Mara and Joaquin Phoenix, many famous folks are now ditching animal products and eating a plant-based diet.

Unlike vegan celebrities who use their platform to give a voice to the animals, these plant-based celebrities may have slipped under your radar… 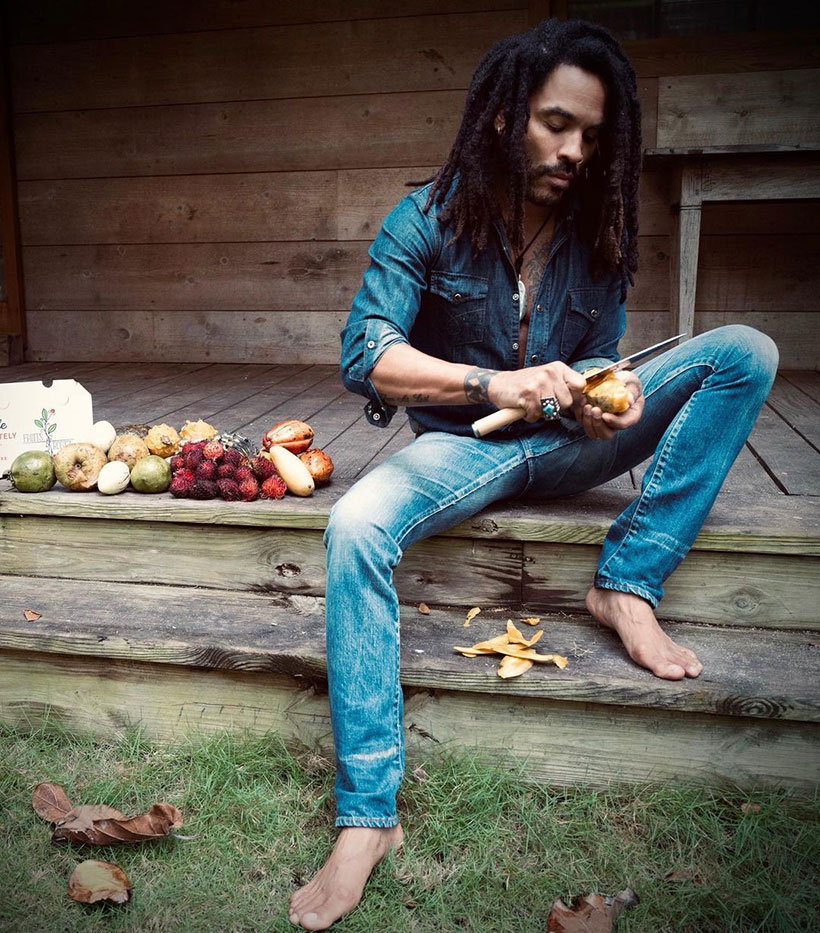 Legendary musician Lenny Kravitz had been vegetarian for some 15 years before switching to a mostly raw vegan diet, which he credits as the secret to his youthfulness.

At an age-defying 56, Kravitz told Men’s Health magazine that “My best shape is not behind me. It’s in front of me right now. We keep moving that bar as we get older.”

He believes that a plant-based diet is “the right thing for yourself and for the planet and animals” and has no intention of changing his veggie-filled eating habits anytime soon. 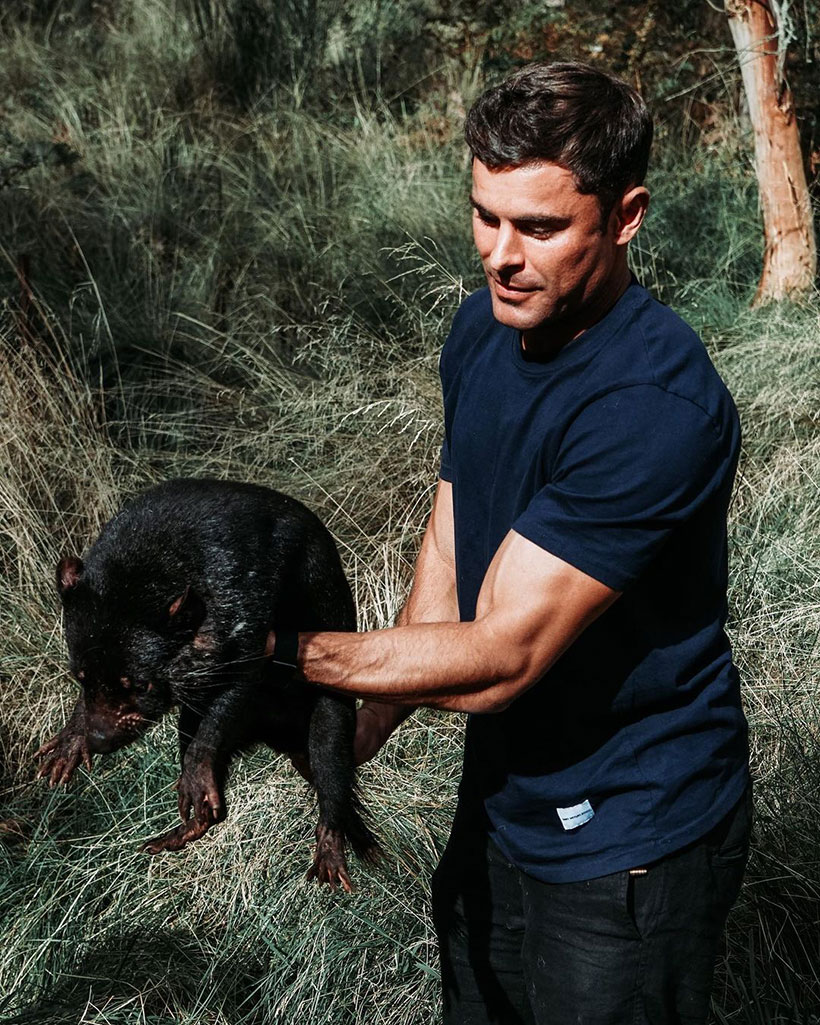 Actor Zac Effron has been eating a plant-based diet since 2018.

Speaking with Teen Vogue, he revealed: “I’ve been experimenting with eating purely vegan… That’s completely changed the way that my body works, and the way that I metabolize food, the way it turns into energy, [and] the way that I sleep. 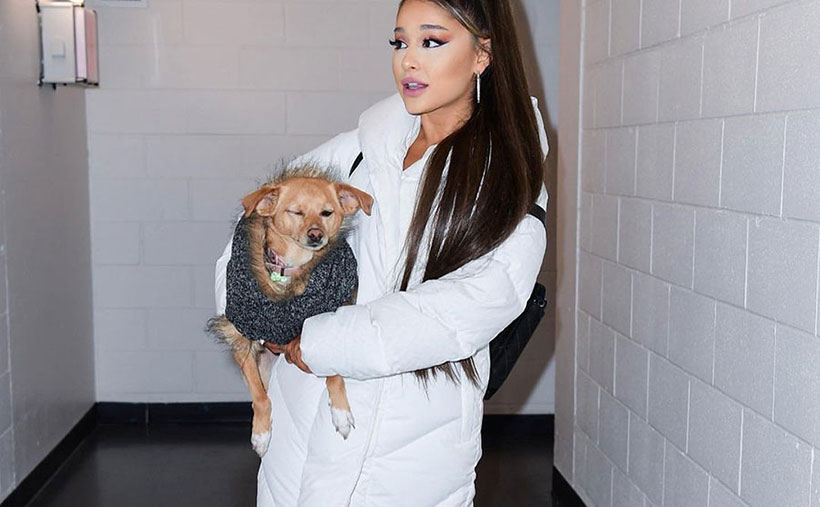 Despite proudly promoting a plant-based diet, Ariana is not vegan herself. In 2019, she was blasted on social media for advertising a new Starbucks drink that contained egg whites.

Despite Ariana hashtagging #trythesoyversion, Starbucks confirmed the drink was impossible to make vegan.

“Why would you collab on a drink that isn’t vegan since you’re all about the animals?” one person asked. It’s a confusing one for sure!

The 27-year old also came under fire in 2015 when she teamed up with MAC cosmetics to create a collection.

MAC is notorious for its horrific animal testing, therefore fans were baffled as to why Ariana would collaborate with the brand. 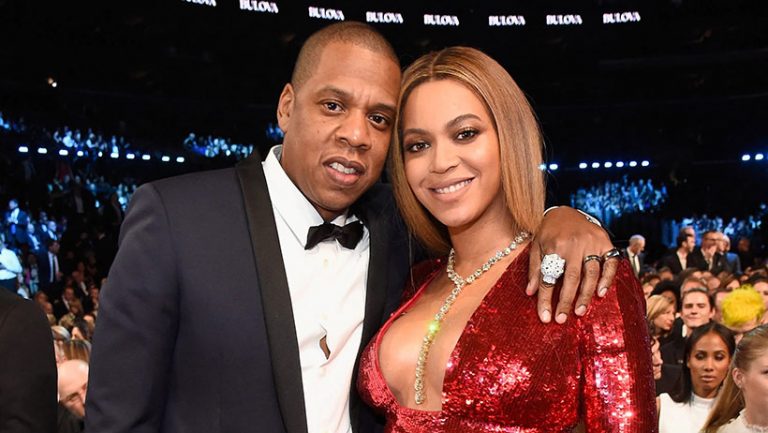 Beyonce and Jay-Z might not be the strictest subscribers to a plant-based diet, but they have certainly inspired many fellow celebrities and fans to try more vegan meals.

Speaking in 2015, Beyonce told The New York Times: “The benefits of a plant-based diet need to be known.

“We should spend more time loving ourselves, which means taking better care of ourselves with good nutrition and making healthier food choices.” 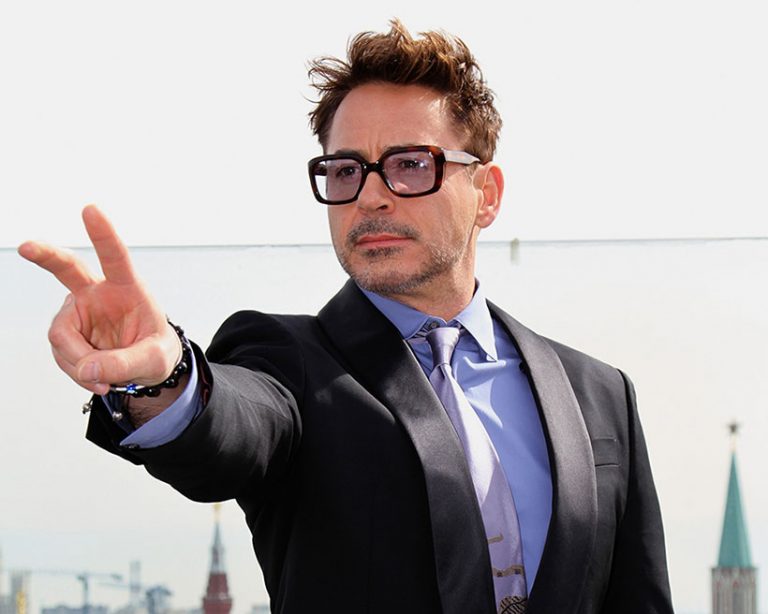 The actor turned entrepreneur isn’t very vocal about his plant-based diet, but he is extremely passionate about the environmental and health impacts of animal products.

Speaking about his plant-based diet at a movie premiere, Downey told Variety that “I make faces for cash and chicken. Even though now, I’m off chicken. I’m going plant-based!”

In 2019, he founded the Footprint Coalition to combat climate change with innovative solutions. The star even invested $10 million of his own money into it.

On the initiative’s website, he voices a video in which he criticises animal agriculture for its unsustainable and health-threatening nature.

He also informs viewers that the practice uses 30% of the earth’s entire land surface, and creates a breeding ground for pandemics and antibiotic resistance.

Additionally, Downey Jr. just invested in a vegan bacon startup using mycelium – the fibrous roots of mushrooms – to create a plant-based alternative to the meaty favourite.

His investment will fund a commercial-scale production of mycelium in the world’s largest aerial farm, planned for erection in New York.

Enjoying this article? You’ll love these articles on vegan celebrities too: 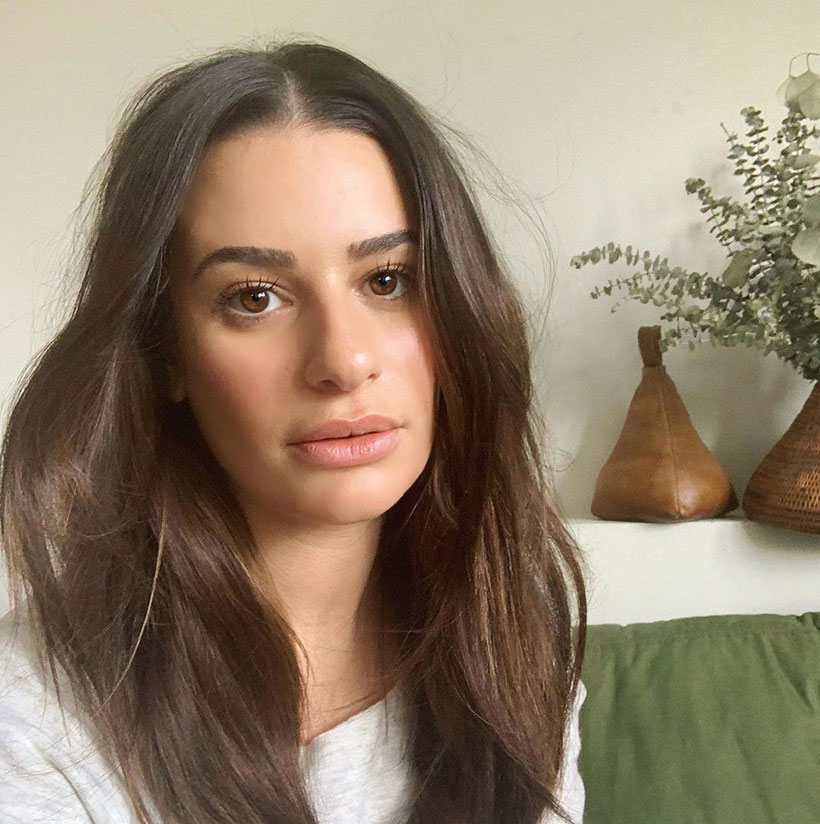 Glee star Lea Michele is mostly plant-based, describing herself as “strictly vegetarian, sometimes vegan”. She explained to Hello: “I keep my home completely vegan, which I think is one of the most important things.”

Apparently, whilst filming a food fight in season three of Glee, Michele was unhappy that meatballs were thrown at her.

According to rumours, the producers told the rest of the actors that anyone who hurled meat product her way would be kicked off set immediately. Consequently, everyone armed themselves with salads to throw! 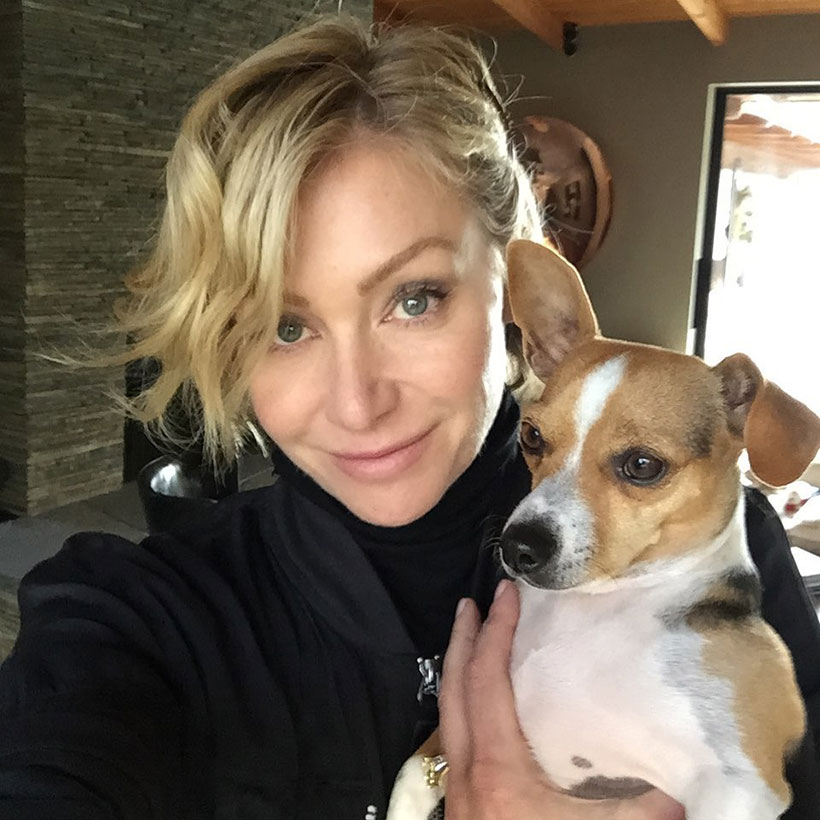 One half of the TV power couple Ellen and Portia, Portia De Rossi switched to a plant-based diet after moving to a farm and bonding with the animals living there.

She explained to the Express: “It feels like such a compassionate choice. We are such animal lovers, why stop short of cows and chickens? It didn’t make any sense. I feel happier, like I’m contributing to making the world a less violent place.”

Portia revealed that she starts her morning with a plant-powered smoothie packed with mango, kale and almond milk. That’s one way to get your greens in! 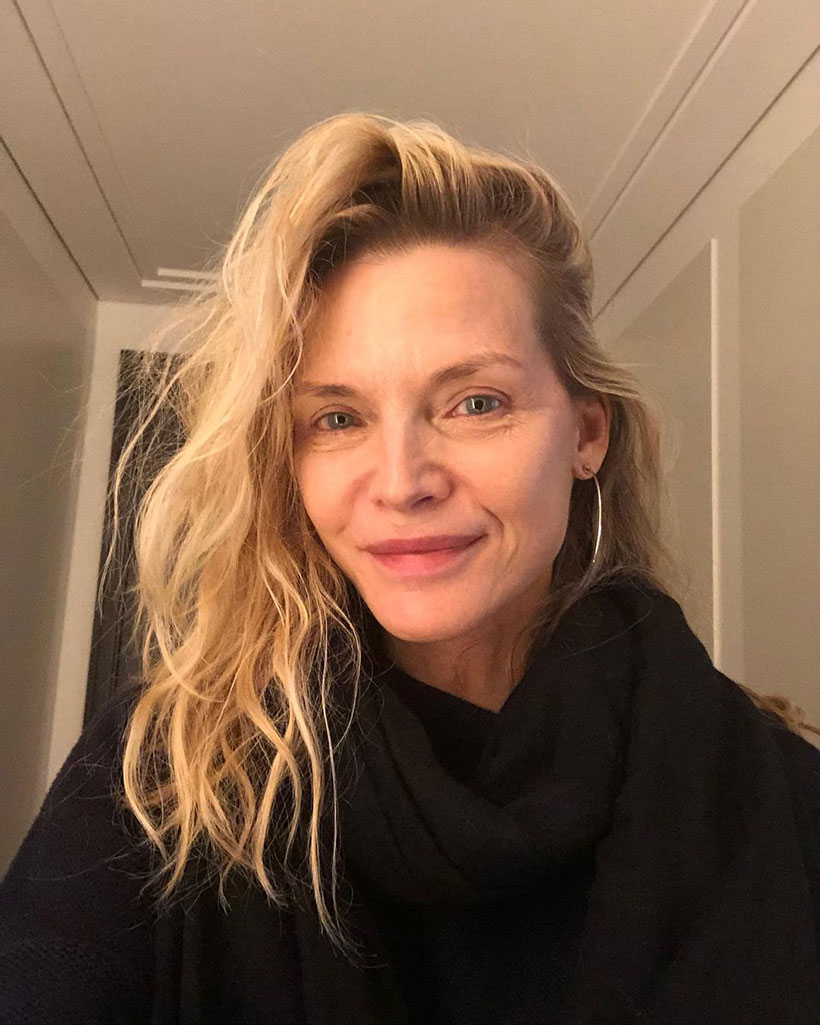 She explained in an interview: “Eating a vegan diet — it’s just so much healthier — and you avoid a lot of toxins that could age your skin and your body. I really noticed a difference in my skin not too long after switching to fully vegan.”

While Pfeiffer has since switched to a more paleo diet, she is still packing in those plants! 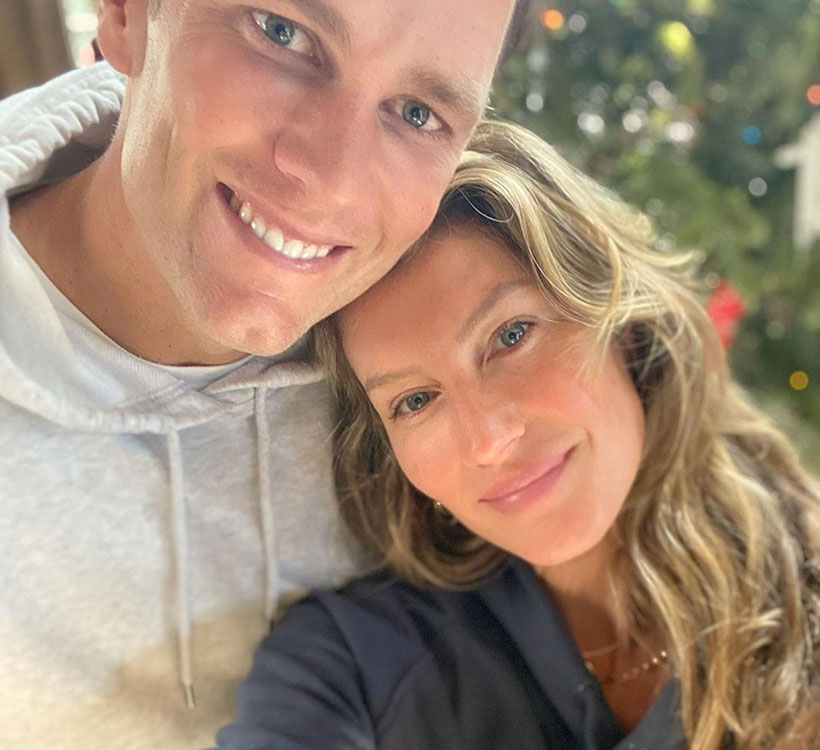 Iconic supermodel Gisele Bundchen and quarterback husband Tom Brady both eat a mostly plant-based diet, cooked up by their own private chef.

Even their kids, aged 4 and 7 eat the organic plant-based meals their chef prepares, ranging from veggie sushi rolls to raw chocolate chip cookies.

The supermodel explained: “We all love it. It’s not only good for our health and makes us feel good, but it is also good for the planet!”

Bundchen’s Brazillian heritage makes her diet choices unsurprising. This is because the Amazon rainforest is being ruthlessly torn down to make way for animal agriculture.

Upon learning this, Giselle became a Goodwill Ambassador for the United Nations Environment Programme (UNEP) and has spoken out against deforestation and other environmental issues.

Moreover, Tom Brady partnered with vegan company Purple Carrot to create his own plant-based meal kit. Named the TB12, his meal kit provides a week’s worth of high protein, low sugar and gluten-free food and recipes for $78.

“The TB12 Performance Meals are designed for anyone who’s looking to achieve or sustain their own peak performance,” Brady told broadcaster CNBC. 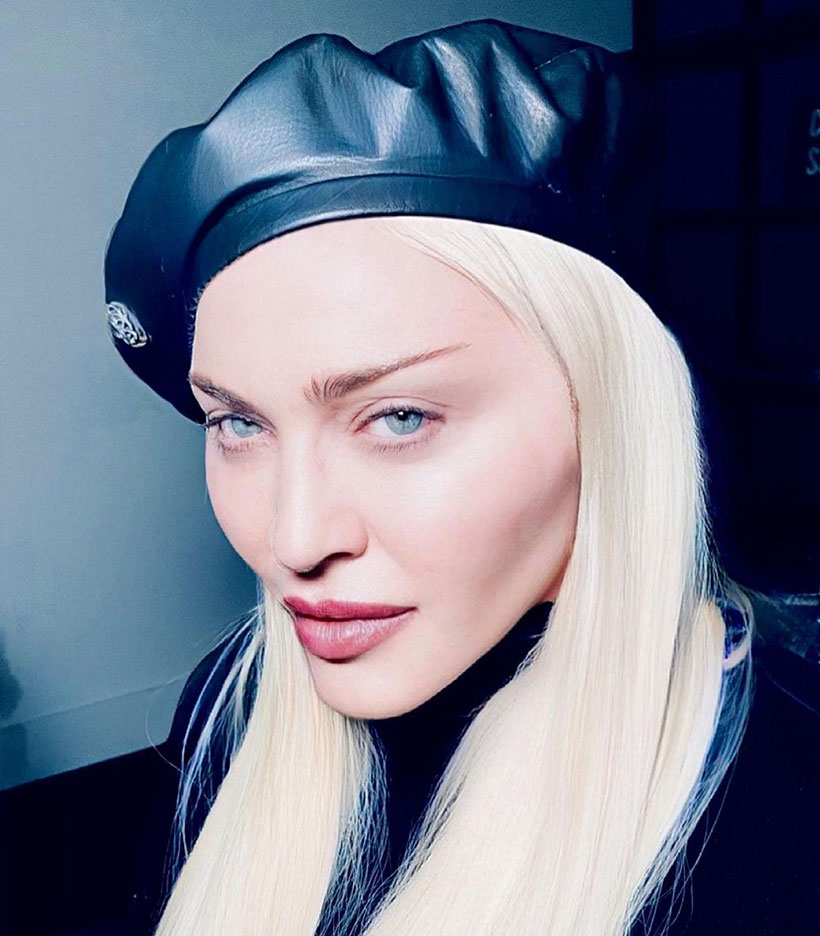 Legendary singer Madonna credits her macrobiotic diet for her ageless looks after being introduced to the diet by her ex-husband Guy Ritchie.

The 62-year old has famously followed a macrobiotic diet for many years now which is similar to a vegan diet in that eggs, dairy and meat are prohibited.

Madonna’s macrobiotic diet focuses on whole foods and includes some unusual ingredients such as ‘sea vegetables’ like seaweed and Daikon. 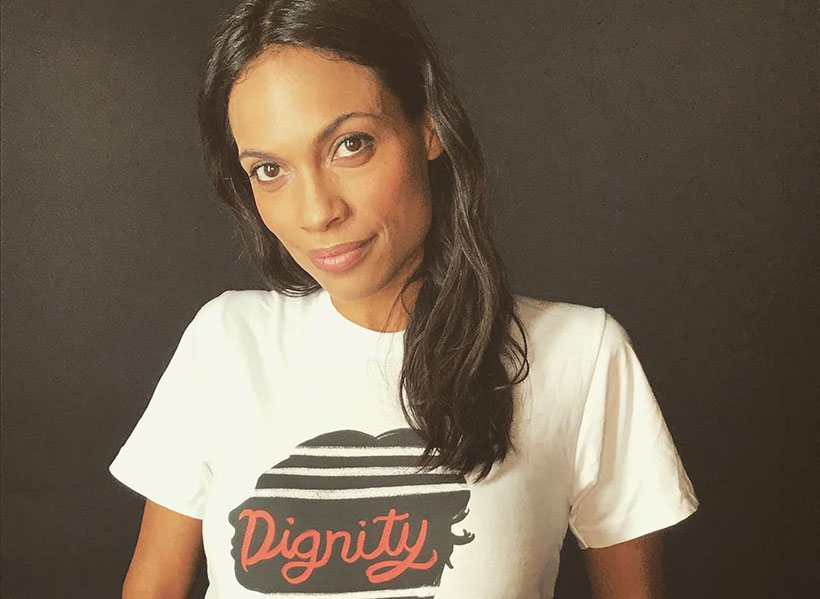 Using her diet as a form of self-care, she told the Daily Mail: “I’m eating mostly raw and vegan right now so that’s giving me a really great baseline because that’s so consistent, so that’s really helping.”

Dawson has been dating fellow vegan senator Corey Brooker for a number of years and was inspired by her partner to go plant-based.

The couple has enjoyed cooking together over lockdown, with Booker telling People: “She came to [veganism] on her own, which is great because we have, during the time of COVID, been working on cooking together a lot more.” 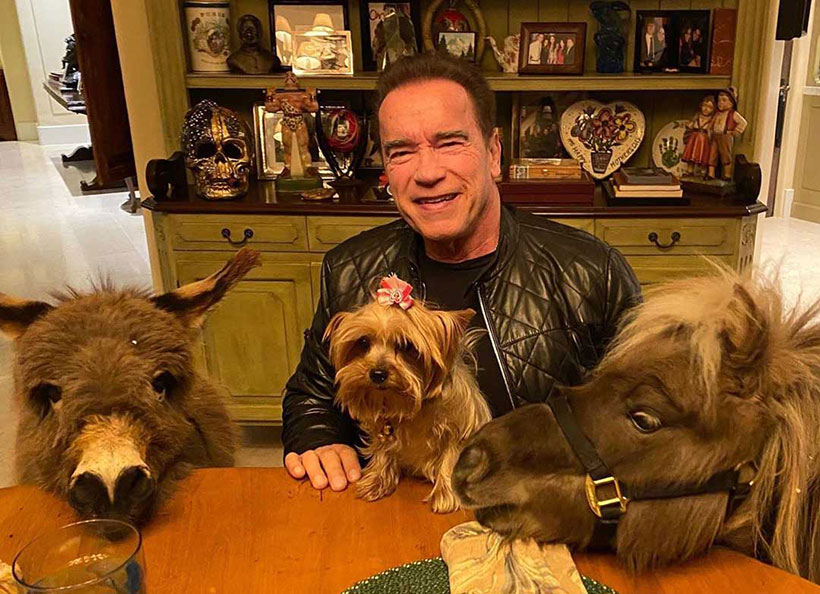 Hollywood actor Arnold Schwarzenegger may seem like he eats a diet full of meat and dairy from his colossal size, but he is actually powered by plants.

Starring in the health-focused vegan documentary The Game Changers, Schwarzeneggar told viewers that he switched to a plant-based diet once he realised that you don’t actually need meat or dairy to get adequate protein.

He discussed his meat-filled diet as a young bodybuilder as ‘unnecessary’ and encouraged viewers to make the switch too.

In a video posted to Instagram featuring his two pet donkeys in March 2020, he urged his 19 million followers to stay home and eat vegan food like him rather than go out and risk spreading the coronavirus. 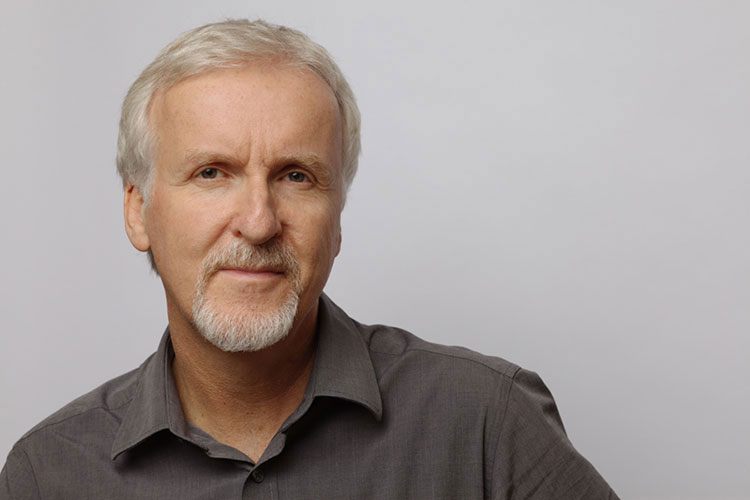 The director went plant-based in 2012 amid concerns for the environment before he discovered the added health benefits.

As a result, Cameron decided to produce the ground-breaking vegan documentary The Game Changers.

The Game Changers features interviews with elite athletes, soldiers, scientists, and cultural icons who are all thriving on a plant-based diet.

Moreover, Cameron also appeared in the Eating You Alive documentary in 2016. This hard-hitting documentary explores the adverse health effects of consuming animal products. Furthermore, it also highlights how you can prevent and even reverse chronic diseases through your diet.

Discussing his views on veganism, Cameron said: “What we need is a nice transition to a meatless or relatively meatless world in 20 -30 years.” 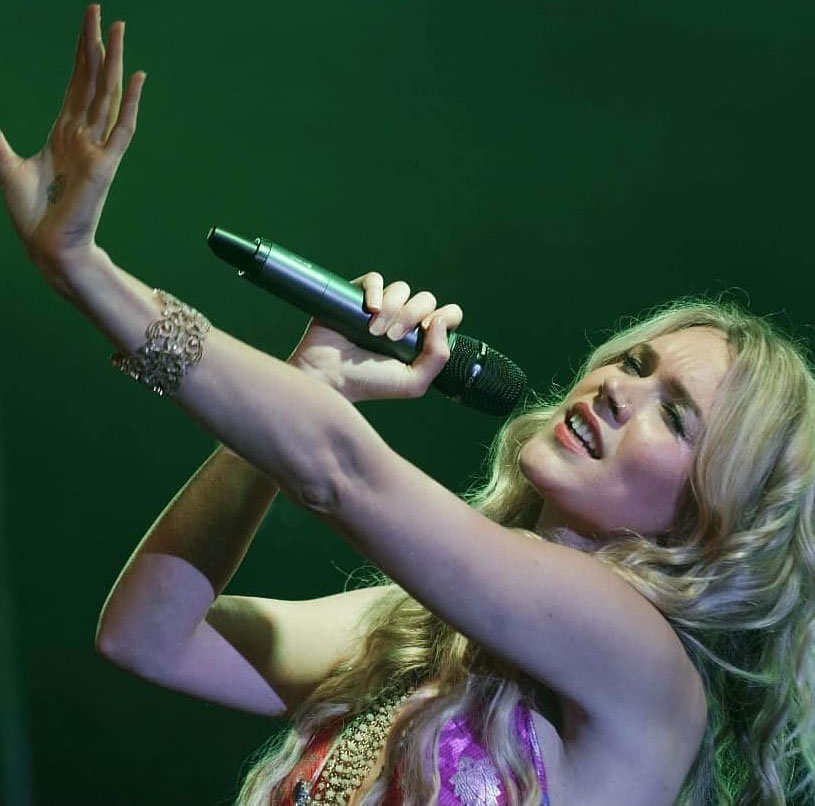 Singer Joss Stone has been a vegetarian since birth and has never eaten meat. However, in recent years the star has transitioned to a plant-based diet.

In 2008, Joss told the Guardian: “I’ve been a vegetarian all my life. I’ve cooked meat but it has never passed my lips.”

Stone said: “I feel there is no need to cause another living thing pain or harm. There are so many other things we can eat. I have never eaten meat in my life.”

Furthermore, the British soul singer touchingly revealed that as a child, she used to sing “Amazing Grace” to cows.

Not only does Stone not eat animals, but she also regularly promotes animal rights campaigns with PETA. The animal lover is also a keen advocate for animal adoption and has given many rescue dogs a loving home. 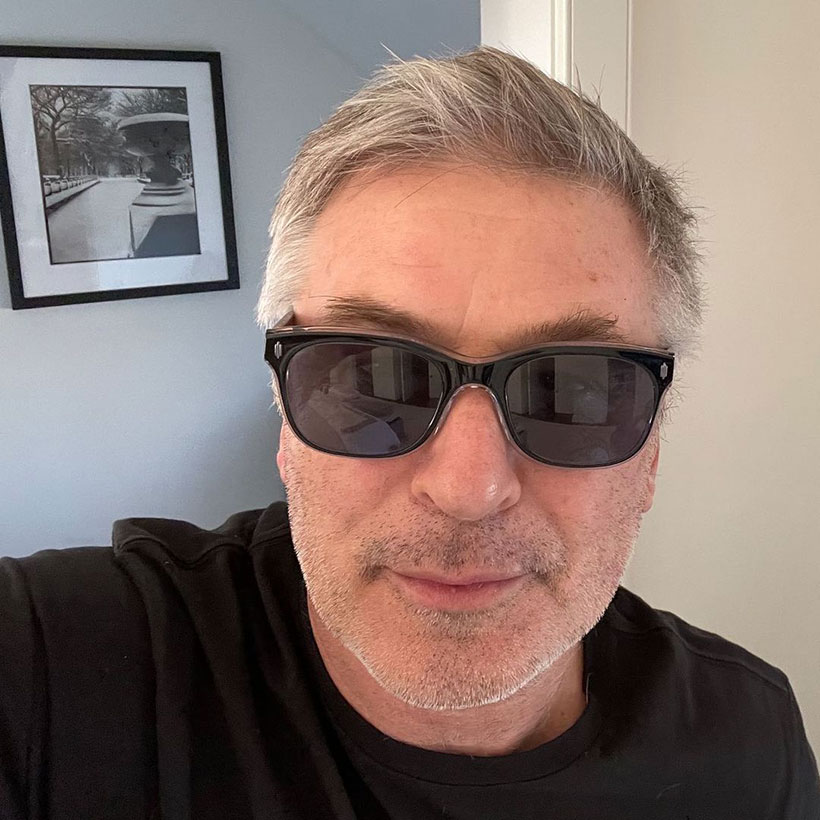 Actor Alec Baldwin made changes to his lifestyle and started eating a plant-based diet when doctors told him he was pre-diabetic.

However, since ditching meat and dairy, Baldwin has spoken about the environmental impact of eating meat.

In 2019, CNN published an article by Baldwin entitled “The path to a better planet goes across your plate”. In the article, Baldwin explained how “human activity is fundamentally altering the planet.”

He said that people in wealthier countries should “shift our diets away from rampant overconsumption, notably of meat”.

Instead, he advised people to move towards “plant-based foods that are less resource-intensive, require less land, and are better for our health.”

While these plant-based celebrities might not be vegan just yet, here are 50 vegan celebrities who are vegan for life.