Long before a singing quintet stole their identity, five spices were global superstars. Sarah Hutchings gives you the low-down on the five star spices of vegan cooking. 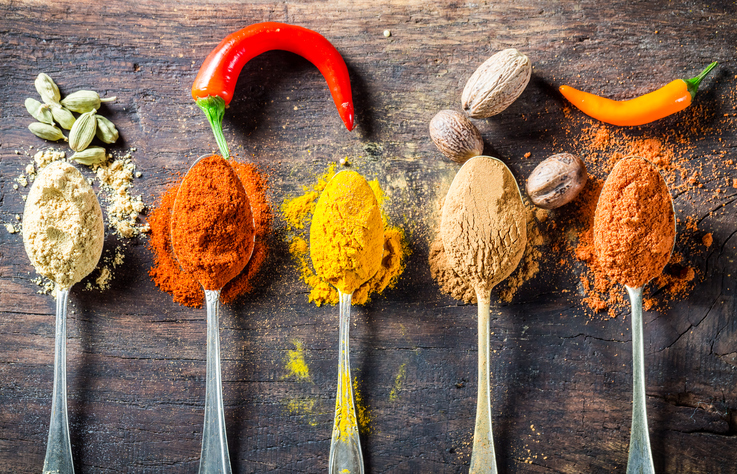 The leader of the pack, the best known and maybe, just maybe, the one you’d stick with if forced to choose between the five, ginger’s list of culinary uses and health benefits is extraordinary. 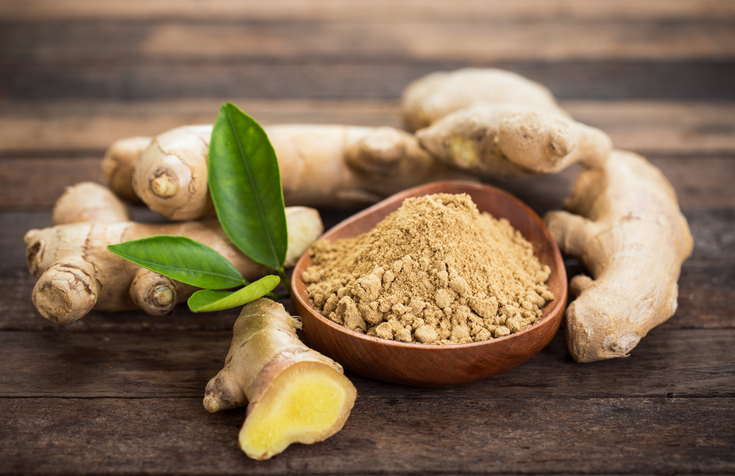 Originally from China, but popular in ancient Greece and Rome too, ginger is actually a close relative of turmeric, galangal and cardamom. Used in everything from gingerbread to ginger ale, it’s also been used in both traditional and alternative medicine for centuries. This is largely thanks to its component gingerol, a wonderful antioxidant with powerful anti-inflammatory properties. It’s also what gives ginger that unique aroma and flavour.

Ginger can be used fresh, dried, powdered, crystallised or even pickled, and is found not only in food and drink, but also in cosmetics. Popular served in slices in fresh teas or to flavour water, particularly with lemon, it also adds a delicious warmth to cakes, curries and smoothies.

Aside from boosting circulation, helping us fight infection and enabling us to sweat out toxins, ginger is also known to:

By far the most flexible of the five, paprika offers a selection of tastes, ranging from spicy to smoky and even sweet. This versatility is precisely what has led this relic of the Ottoman Empire to become one of the most consumed spices in the world. A key component in spice blends such as marinades, rubs and seasoned salts, it’s also popular for the gorgeous red tones it gives dishes. 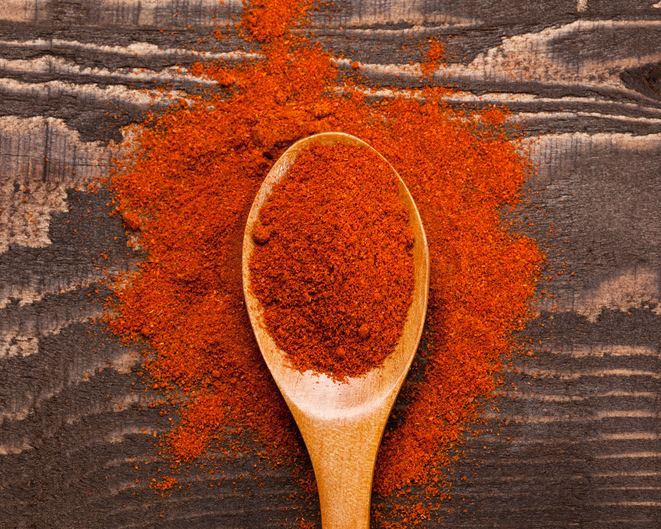 Paprika is wonderful for skincare and also packs an impressive nutritional punch, offering vitamins A, B6, C, E and K as well as iron and carotenoids (which are responsible for its colour). Almost all of its health benefits apply to other spices that come from that particular pepper family known as capsicum annuum. This A-list plant family includes bell peppers and jalapeños to name just two, and is loaded with a chemical compound called capsaicin, which is nothing but good news for our health.

Reasons to use paprika:

Let’s start with a cool bit of trivia: cumin originally came from Egypt, and the ancient Egyptians used it in embalming and mummification! Nowadays, it’s mainly associated with Mexican, Middle Eastern, Spanish and Indian cuisine, and we tend to use it in soups, stews and curries. 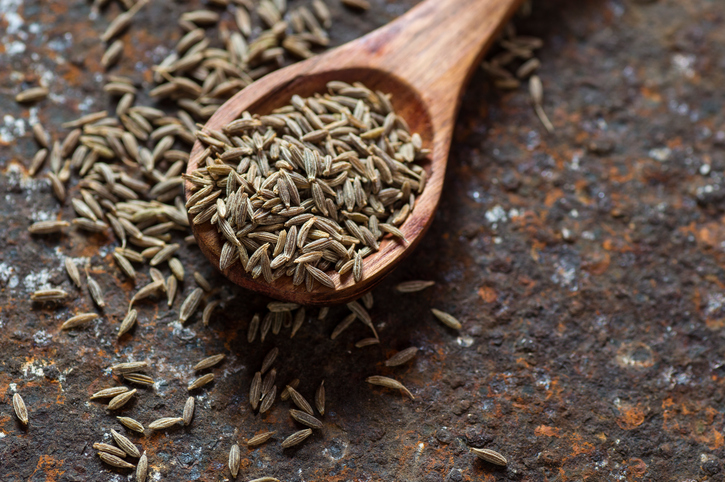 Cumin seeds are from a plant belonging to the parsley family. Its distinct flavour means that many have a love-or-hate attitude to it. Studies involving cumin have led to it being hailed as able to do everything from relieve symptoms of asthma, balance blood sugar levels, aid with weight loss or boost immune systems.

It has a fancy name and, truth be told, many of us have no idea what turmeric actually does. This beautiful golden-orange spice boasts several health-boosting properties and is a key component of ayurvedic medicine. 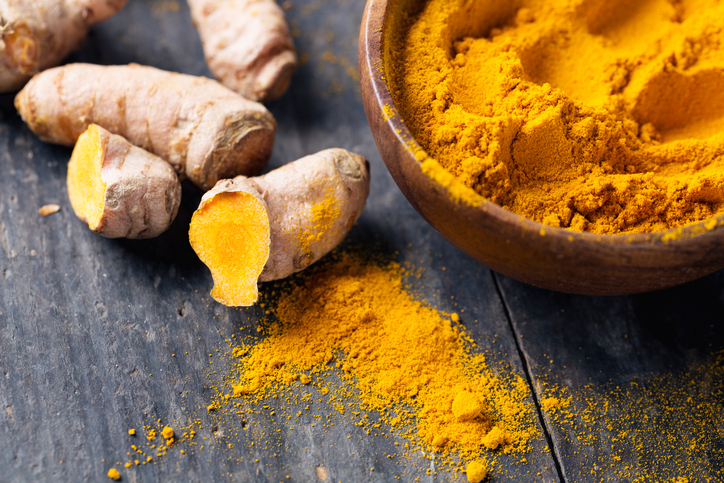 We may have only seen it in powder form, but turmeric root initially looks similar to ginger, before it’s boiled, sun-dried and ground down. Used for millennia in India, turmeric gives a warm, peppery flavour with a milder aroma than cumin.

It’s also a well-known colouring agent, the yellow pigment, curcumin, gives turmeric its benefits, which include:

Discover more about the health benefits of turmeric here.

Yeah, you’ll want to go easy with this one. Without doubt, the most unpredictable of the five, yet we love it anyway. In fact, we can’t seem to get enough of it, both in sweet and savoury dishes – chilli and chocolate is truly a match made in heaven. 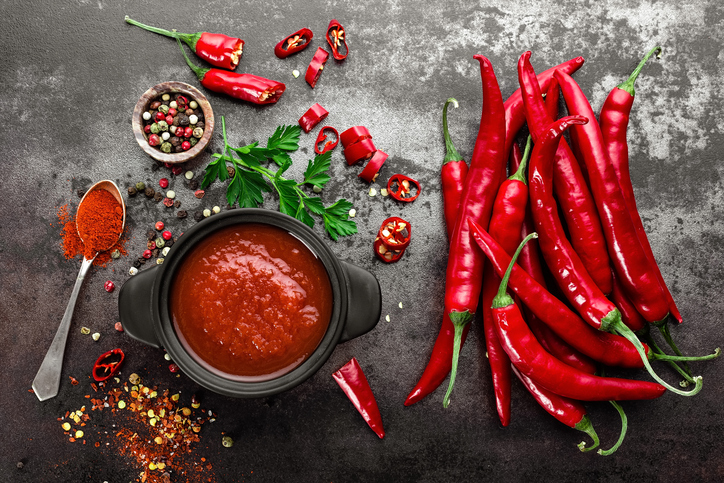 Chilli powder is made from grinding down one or several types of chilli peppers. These small culinary warriors can be green, yellow, orange, red or black and they differ greatly in level of hotness. In terms of health benefits, chilli offers a masterclass to the other four.

Chillies are an incredible source of vitamins, especially vitamin C. That’s not all though, as they also contain vitamin A, the complex vitamin B group and flavonoids, as well as a good amount of other minerals such as potassium, manganese, iron and magnesium.

So, fear not, dig in! The only thing scary about chillies is the insanely high levels of vitamins and minerals they offer!