Oowee is fast becoming the hottest new vegan food chain in the South of England after starting out as a pop-up in Bristol. Here's a look at what you can find on Oowee's vegan menu...

It would be a pretty cool thing if a place were to start out as a single omnivorous American-style diner and quickly grow into the hottest new vegan food chain in the South of England. Well, that’s exactly what happened with Oowee Vegan!

Oowee began life in 2016 as a pop-up sandwich kitchen in Bristol, which then became an American-style diner (Oowee Diner).

The original Oowee is not vegan, but the popularity of the vegan items on its menu caused its founders to start developing a ‘vegan only’ version of the brand in 2018.

They launched two fully vegan restaurants in Bristol the following year. And just like that, Oowee Vegan was born.

Is all of Oowee vegan?

Oowee opened as a tiny takeaway that soon became infamous in Bristol for serving huge, decadent burgers. Rapidly expanding from these humble beginnings, the brand now comprises the original Oowee Diner in Bristol, and five separate locations of Oowee Vegan in Bristol, London and Brighton.

Oowee Vegan opened its first vegan restaurant in London in Dalston in 2020, which launched ‘virtually’ via Deliveroo before setting up in its permanent location.

They now have two different locations in London (Dalston and Brixton), two in Bristol (Picton Street and Baldwin Street), and one restaurant in Brighton.

What exactly is Oowee?

In their own words, Oowee makes and serves “mind-blowing junk food” that just “happens to be vegan”.

Oowee Vegan recreated all of the original Oowee Diner favourites with plant-based ingredients so successfully that they won the title of Deliveroo’s vegan restaurant of the year in 2019. And the phenomenal success via Deliveroo cemented the Oowee team’s commitment to being a 100% vegan brand from that point on.

On their website, Oowee Vegan proudly proclaims that they’re on a mission “to revolutionise fast food” because they “believe the future of food is plant-based”.

They want to create a chain of high street vegan restaurants that are loved by vegans and non-vegans alike — and judging by the growing number of locations and their Instagram following, it’s a plan that seems to be working. 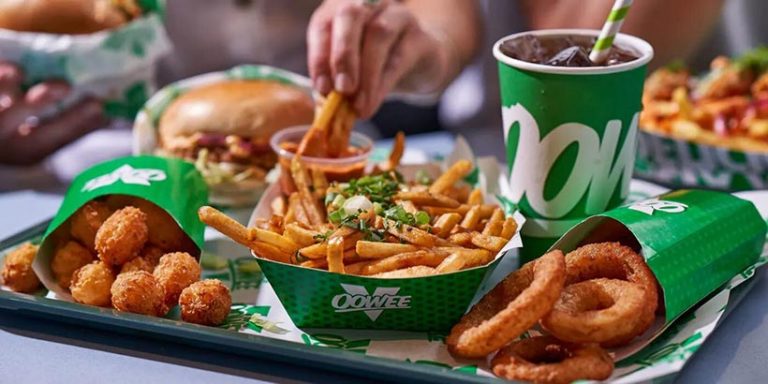 What’s on the Oowee Vegan menu?

The biggest problem you’ll have when ordering is deciding what to eat, because there is so much choice. But herbivores the world over will agree that’s a rather unusual and lovely problem to have.

The folks behind the brand are clearly aware of the menu conundrum, because they’ve created an online quiz to help you decide what to get!

Oowee’s Plant-Based Beef Burgers are “grilled to perfection” and served with one of their signature, homemade sauces in a freshly baked vegan roll. Choose from:

It’s a tough choice, but our ‘Top 3’ Plant-Based Beef Burgers would have to be: 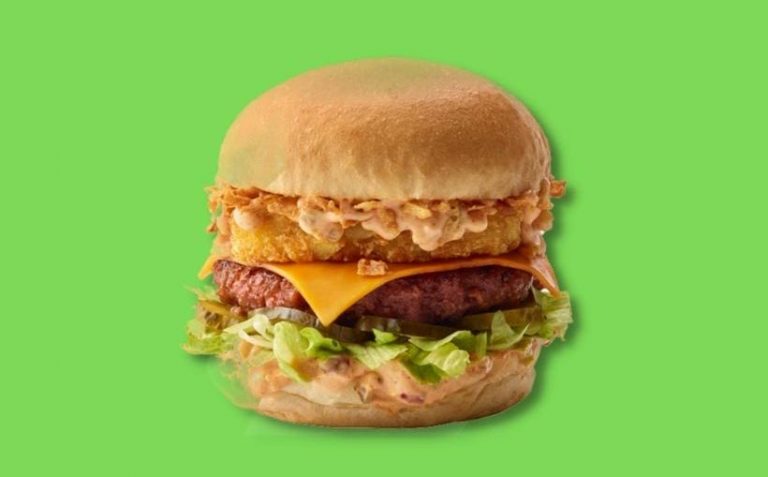 Oowee Vegan’s bespoke fried chick’n is famous for its big flavour crispy coating, which is seasoned with the chain’s own unique blend of 12 herbs n’ spices. Choose from:

Our favourite Fried Chick’n Burgers are: 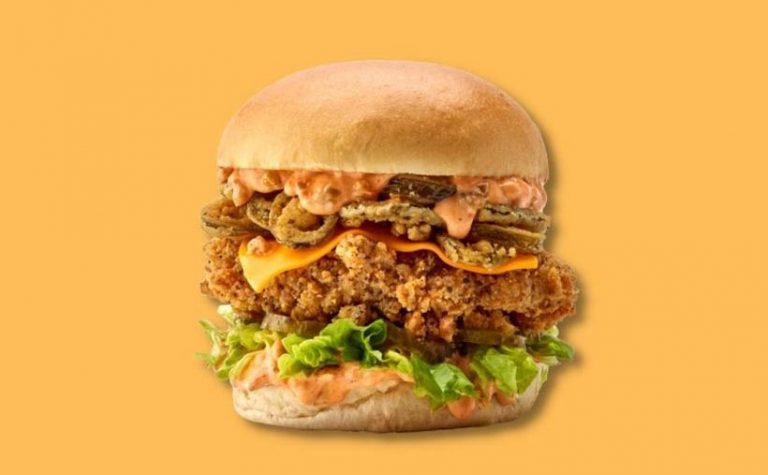 Oowee Vegan also caters to those looking for something lighter. Their Simplicity Burger patties are made with mushrooms and grilled, rather than fried — making them low in saturated fat. Choose from:

The Symple Sneaky – with dirty sauce, gherkins and lettuce.

The Symple Side Chick – with garlic mayo, sweet pickled pink onions and lettuce.

The Symple Classic – with relish, mustard, gherkins and lettuce. 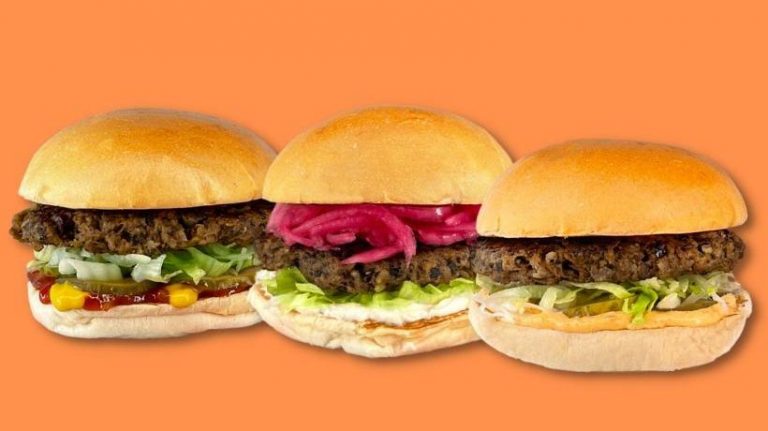 Oowee's Simplicity Burger patties are made with mushrooms and grilled, rather than fried. Image credit: Oowee (edited by Vegan Food & Living)

Oowee Vegan became famous for their Dirty Fries, so no visit is complete without them! The portions are big, so order as a meal for one or to share as a side. Choose from fries or waffle fries: 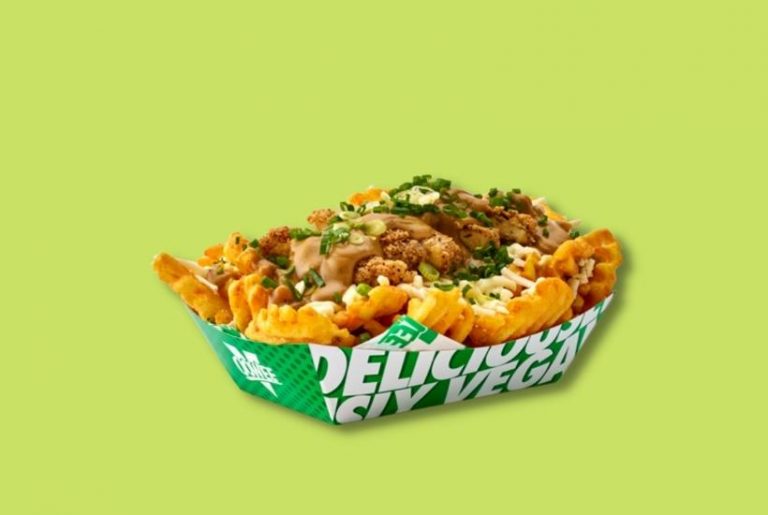 A great way to add some of Oowee’s famous chick’n to your order if you don’t fancy a burger. Choose from:

In case you’re still hungry, or prefer to make a meal out of lots of little bits — you’ve got sides and vegan dessert still to choose from! 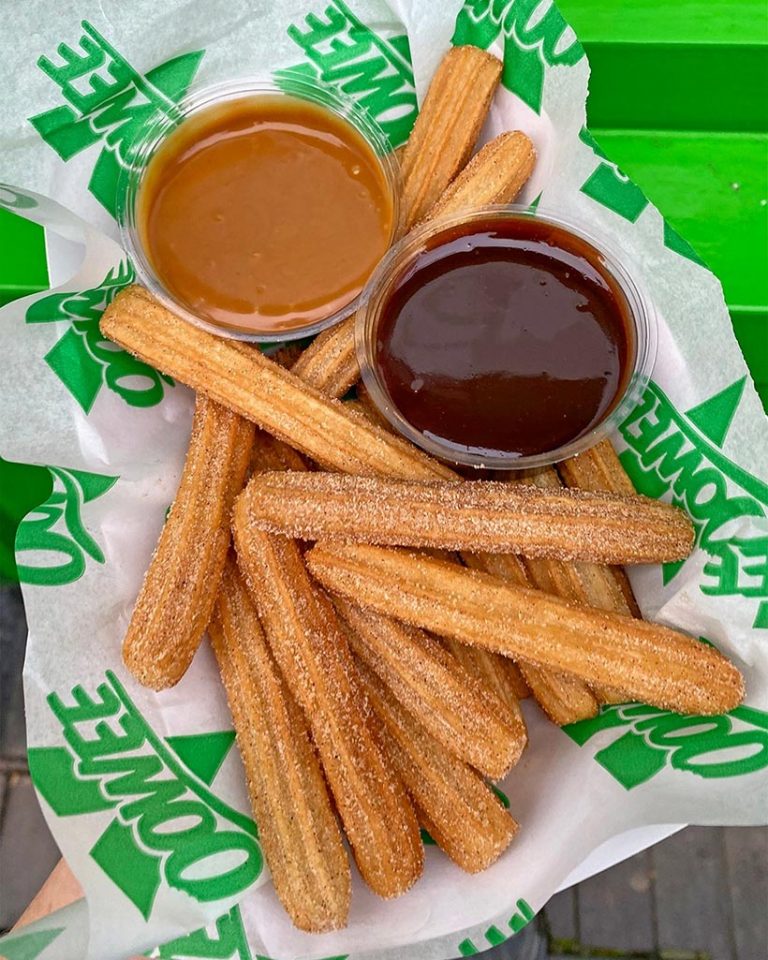 Oowee's vegan churros come with a side of chocolate or Biscoff sauce for dipping.Image credit: Oowee

Oowee Vegan has the usual selection of soft drinks, plus Dr Pepper, Gingeralla and Budvar beer, but it’s the shakes that vegans are likely to be excited about! Choose from:

Occasionally, Oowee Vegan offers special, limited-edition burgers for a short time only, so keep your eyes on social media for announcements. Recently, they launched the Ocean Burger, a collaboration with Omni Foods that was marketed as the “most realistic f!sh burger on the market”.

Will it be back as a permanent menu item? Let’s hope so! 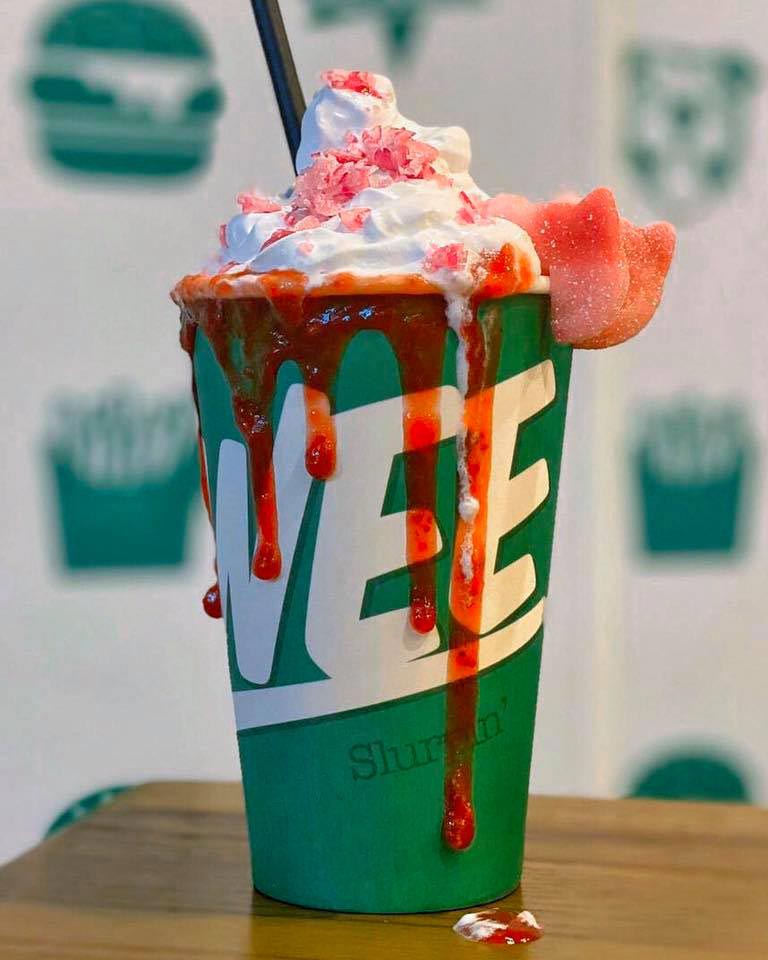 What is Oowee ‘chicken’ made from?

Oowee Vegan’s Fried Chick’n is handmade using a secret recipe, and seasoned with their own unique blend of 12 herbs n’ spices. Every day, their hero sauces are freshly prepared by their chefs and the burger buns are made-to-order by local bakers.

Where can I find Oowee?

Currently, Oowee Vegan has two locations in London, two in Bristol, and one in Brighton:

Where will the next Oowee Vegan be?

The Oowee team are on a mission to take the plant-based brand UK-wide, so cast your vote for an Oowee Vegan near you via their website!

If you can’t get enough of vegan burgers, don’t miss the vegan options at Burger King!