Nando’s vegan menu – what are your plant-based options in 2022?

Fancy a cheeky Nando's? Here are all the delicious plant-based options you can find on Nando's vegan menu in 2022.

Back in 2020 we reported that the chicken-heavy food chain Nando’s had joined the host of companies now offering vegan options at chain restaurants and launched its first ever plant-based dish.

The Great Imitator, made of pea protein and tasting like their ubiquitous PERi-PERi Chicken, meant that there was a plant-based alternative available in their burgers, wraps or pitta.

That said, unlike McDonalds’ vegan options and Burger King’s vegan options, Nando’s cannot guarantee that its plant-based options are vegan.

For example, the Great Imitator wrap contains traces of shellac and there’s no guarantee that plant-based options don’t come into contact with the meat grills. Plant-based as a term means that the item contains no ingredients derived from animals, whereas their vegetarian items are simply meat free.

On the Nando’s website they state: “The Great Imitator is suitable for anyone following a plant-based diet, however we just need to mention that although our kitchens aim to keep all plant-based products away from ingredients derived from animal origin, we cannot guarantee this.”

Since the Great Imitator came onto the market, more plant-based offerings have been put onto the Nando’s menu – so having made clear that they’re not vegan, the choice lies with the consumer as to whether they’re happy to take the risk.

If you’re heading out to Nando’s and you want to check out their latest vegan menu, here’s are your options… 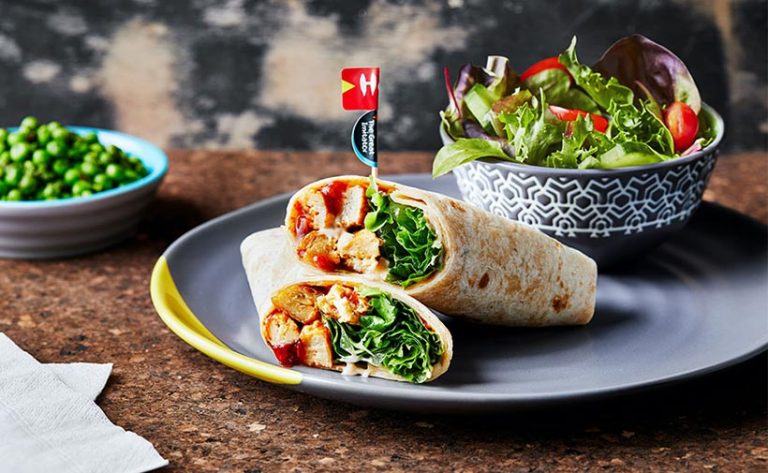 Nando's the Great Imitator wrap is plant-based but contains traces of shellac and cannot be guaranteed to be free from cross-contamination. Image credit: Nando's

This dish contains wheat and sesame, with possible contaminations from rye and milk. Not suitable for those with a nut allergy.

The Garlic PERinaise is vegan, however if you’re buying it in a shop then the ingredients may be different.

Good news – 10p from the sale of each portion goes directly towards fighting malaria in South Africa.

Nando’s spicy mixed olives make for a tasty appetiser while you wait for you food. 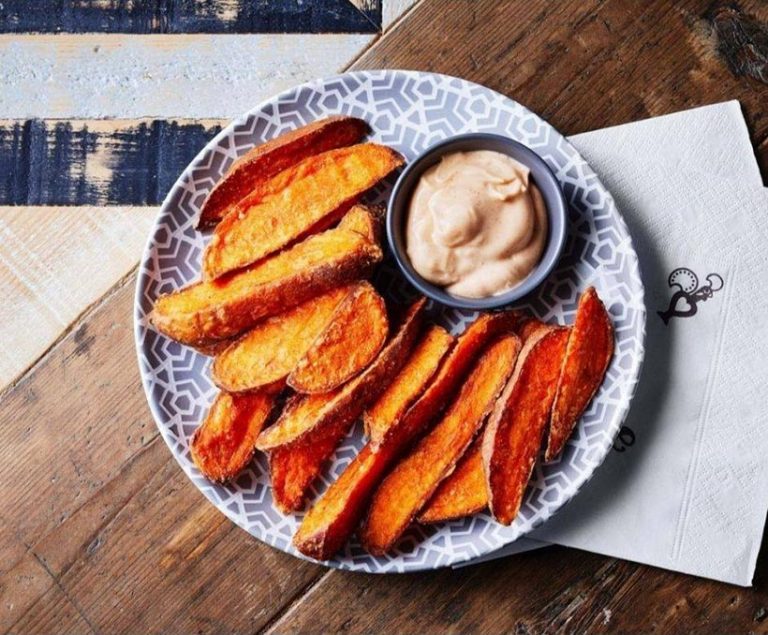 The vegan burger features a chickpea and spinach patty with hints of cumin, coriander and turmeric, loaded with houmous, red pepper chutney and topped with red pickled onions.

Allergens: This item contains gluten and has many possible contaminations including egg and milk.

As mentioned earlier, despite being plant-based, if you have this as a wrap then it contains shellac. The PERi-Plant strips are made from pea-protein and are served with plant-based Garlic PERinaise, lettuce and chilli jam. 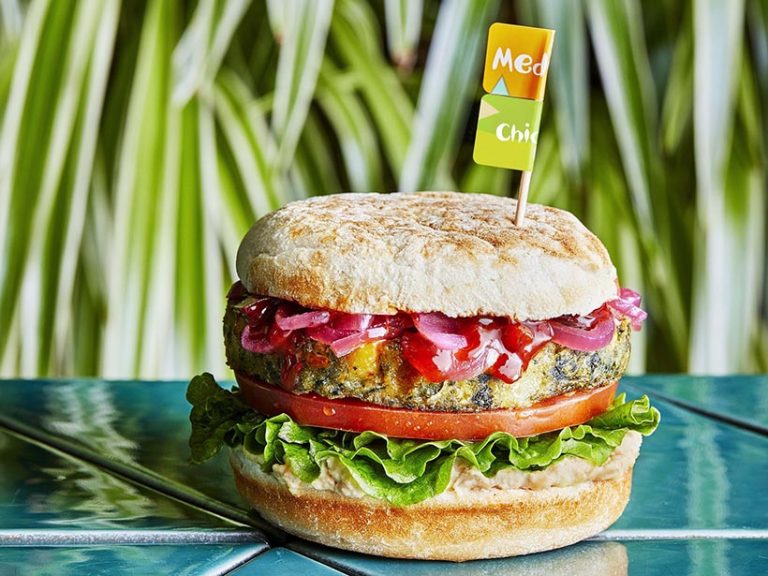 Enjoy a side of fries with your meal as both Nando’s chips and PERi-Salted chips are suitable for vegans.

Although plant-based there is the possibility of milk being present through contamination.

Rice and various spices. Again, could have contamination from allergens. 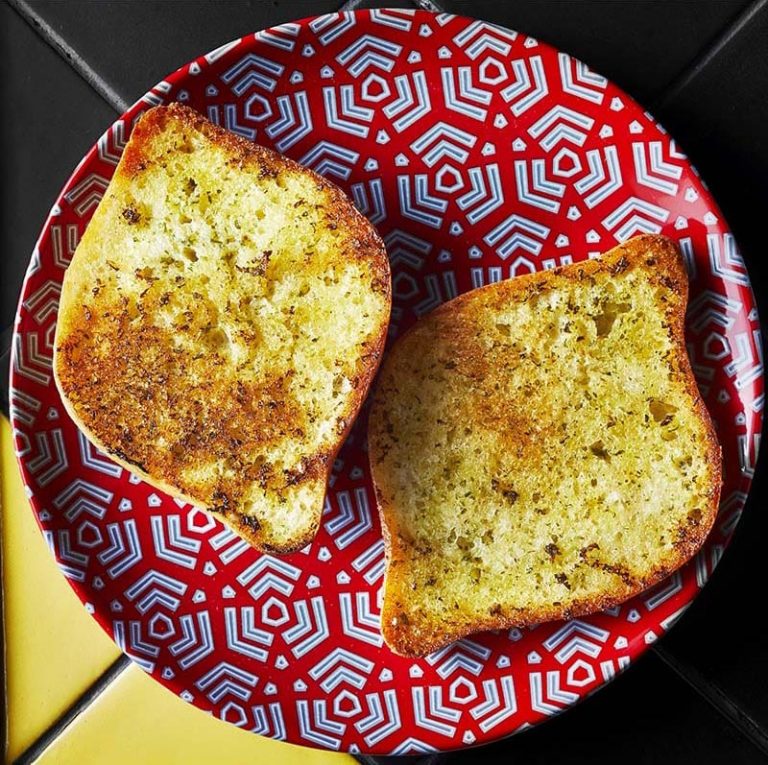 With a garlicky, lemony dressing.

The only dessert on offer as a plant-based option. Basically it’s sorbet. 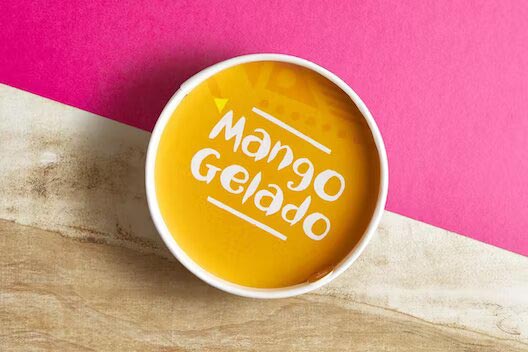 Finish off your meal with the creamy and fruity Mango Gelado dessert. Image credit: Nando's

Nando’s took a PETA Food Awards accolade in 2020 for its Vegan PERinaise, winning the Best Vegan Mayo title. This is also available to buy in supermarkets. In the restaurant they also have the Garlic PERinaise, but check as not all PERinaise is vegan and if you’re buying it away from the restaurant then the ingredients may differ.

For any of the items on the menu, to get the exact ingredient list you’ll have to ask the restaurant you’re in for more details. The restaurant chain doesn’t print a full ingredients list online, but it does have the nutritional information available so you can see which allergens are in certain foods.

Overall, the Nando’s menu isn’t suitable for vegans but if you’re looking to move to a plant-based menu then there are enough options to sustain you for a full meal.

Although Nando’s say they do their best to keep meat-free items separate from meat items, with different grill areas and separate bottles of baste, it comes with no promise that they won’t come into contact.

Despite the fact it’s not quite there with the vegan audience, the fact that Nando’s is a step closer to moving away from animal products, and this has to be seen as a win. The People for the Ethical Treatment of Animals (PETA) Foundation had been calling for Nando’s to come up with a vegan chicken alternative since 2016, so in their eyes this comes as a welcome move, and the expansion of the plant-based menu is even better.

For anyone starting out on a plant-based journey then these kind of changes from fast food restaurants offer real promise to consumers who are demanding more choice, and increasingly, less meat.

Love finding new places to eat out on the high street?

Here are all the plant-based dishes you can find on the wagamama vegan menu. 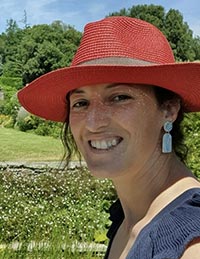 Laura is a vegan ultrarunner who loves proving to people that vegans are strong and that plant-based food can be next-level tasty. She turned vegan 5 years ago after being inspired by her work as a writer at the British environmental journal The Ecologist. Laura has written for a number of publications, including Lush Times, Women’s Running, Trail Running, and Tom’s Guide.