Meet the vegan businesswomen who are mixing business with ethics

All over the world, vegan women are demonstrating that you can successfully mix business with ethics and they’re starting to make an impact. We speak to five different women running five very different businesses to find out what makes them tick… 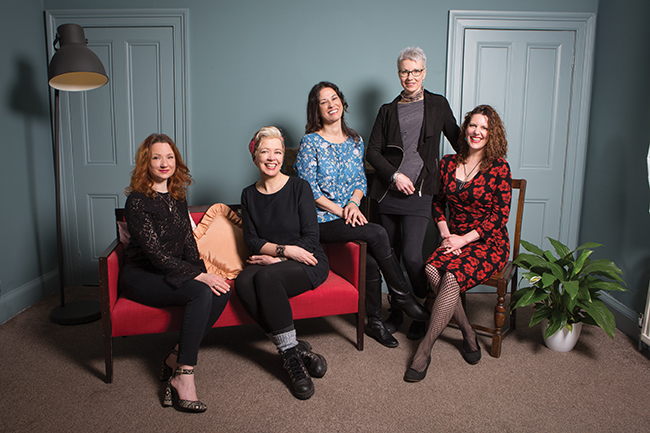 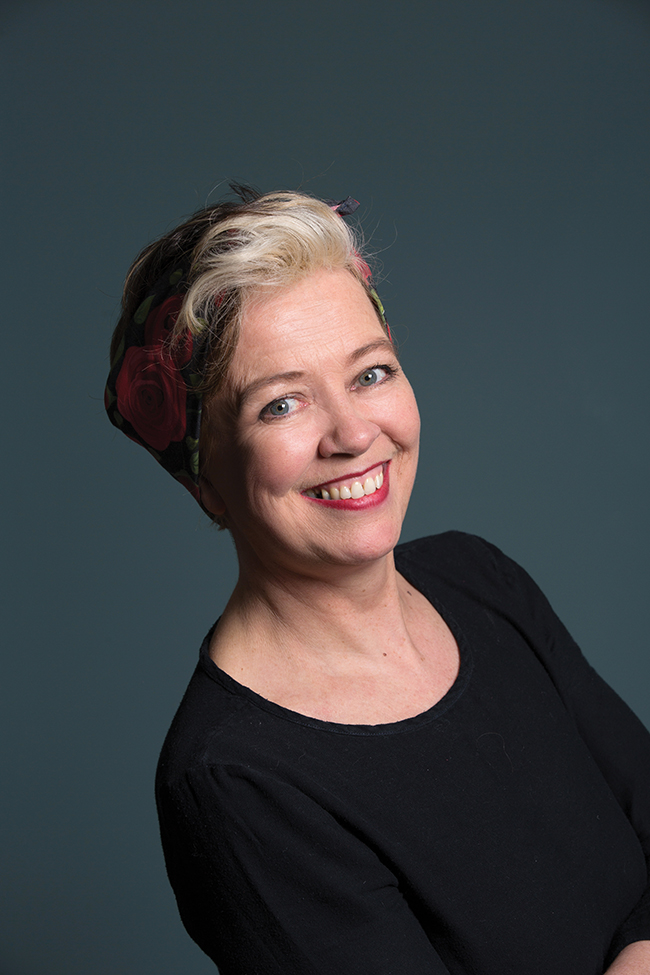 What do you do? I bake wildly indulgent vegan artisan cakes and puds and all kinds of naughty stuff.

When did you go vegan and why? I’ve been vegan for 11 years. My partner left a copy of an Animal Aid magazine in the bathroom and I found myself reading an article about the dairy industry and just sobbed. I had no idea. I made the connection that day.

How does being vegan impact your personal and professional life? I’m lucky to have vegan buddies (it must be lonely to be the only vegan in the village) and I do think that finding like-minds is the thing that keeps you keeping on. And if you join social media groups, you get instant notice of which supermarket has which vegan product on offer – zoom! Professionally, being a vegan who produces vegan cakes is obviously a bonus and it means that I’m absolutely determined to make cakes that non-vegans will enjoy too. Many customers buy my cakes for a mixed event (and no one knows they are vegan – ssshhh!).

If you could tell the non-vegan you one thing what would it be? The message that you’re not giving anything up – but you’re gaining so much. 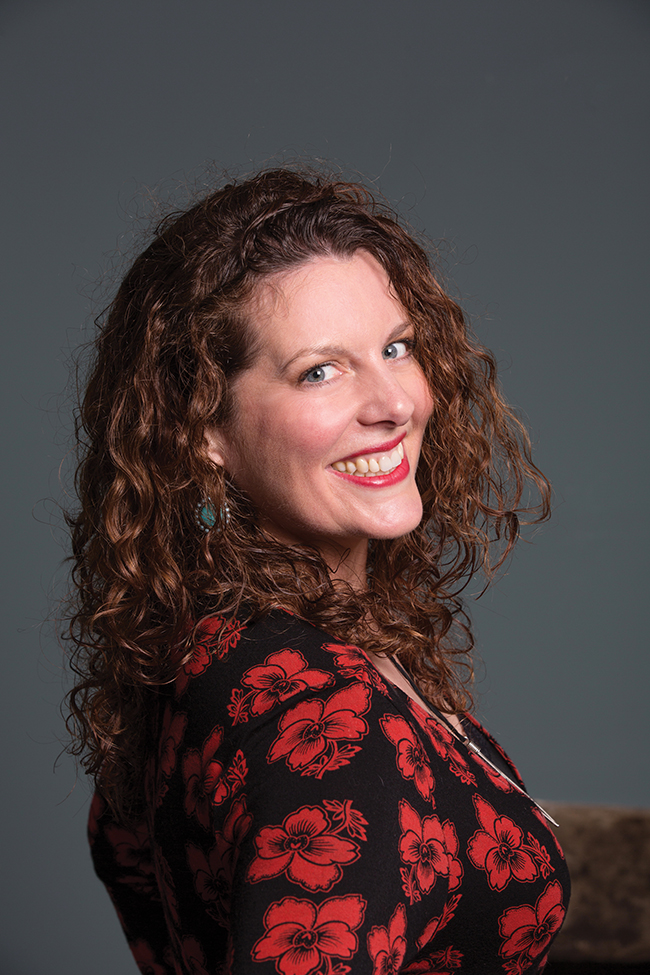 What do you do? I set up my own marketing business to help ethical start-ups, small businesses and charities. Many companies and organisations need support with marketing and PR but don’t have the budget for full-time staff. It was from this realisation that Chips and Grady was born. I want to help good people become better at what they do and I’m inspired by those who want to leave this world a better place than they found it. Affordability is important to me, so I keep my prices as low as I can so that I can help as many people as possible. I tailor my work to suit the individual needs of each client, whether that be managing social media, pitching press releases, writing articles, or creating a brand from scratch.

When did you go vegan and why? Two of the women in this feature were fundamental to the why. They (and another friend) showed me that you can live according to your ethics without sacrificing anything. I went vegan for a month in January 2014 and finally found out the truth about the dairy industry. That, as they say, was that.

How does being vegan impact your personal and professional life? Being vegan feels like my natural setting. It’s brought some wonderful people into my life, and although I don’t have exclusively vegan friends, I share a special connection with those that are. My husband went vegan six months after me and it’s so cool to share the same world-view as the person you love. Professionally, it’s been impactful… Nearly four years at Veganuary and running my own ethical business. I couldn’t have predicted this back in 2014!

If you could tell the non-vegan you one thing what would it be? Research the dairy industry. Now. 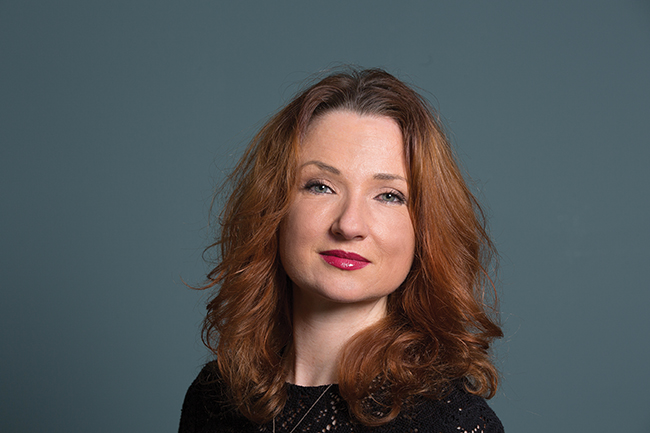 What do you do? My business partner and I run a food and beverage development agency that specialises in the plant-based sector. We work with start-ups and established brands to bring new plant-based products to market. With so many people reducing their meat and dairy consumption and veganism on the rise, plant-based eating and flexitarianism are not trends – they are a huge, global dietary shift. This presents a big opportunity for innovation in the food industry.

When did you go vegan and why? 20 years ago, for animal reasons. I had been veggie for a while but I stuck my head in the sand about the cruelty of the dairy industry because I loved cheese and chocolate! But one day I watched a video about dairy cows and it was so heartbreaking that I could not support that industry any longer. Here I am now, happy, healthy and excited at being able to make cheese on toast with dairy-free cheese that melts.

How does being vegan impact your personal and professional life? It makes me
‘me’, but I’ve tried not to let it impact my personal life. I’ve always wanted to be regarded as a ‘normal person’ who does not eat, wear or use certain things. Professionally, it has shaped my career. Around the time I went vegan, I left my job as a stylist
in the fashion industry because of all the fur and leather and volunteered at, and then worked for, PETA on its anti-fur campaign. I then moved into factory farming campaigns and that was the start of my journey which has taken me from filming in pig and chicken farms to helping to develop plant-based alternatives.

If you could tell the non-vegan you one thing what would it be? Life goes on without extra-mature Cheddar and Snickers bars. 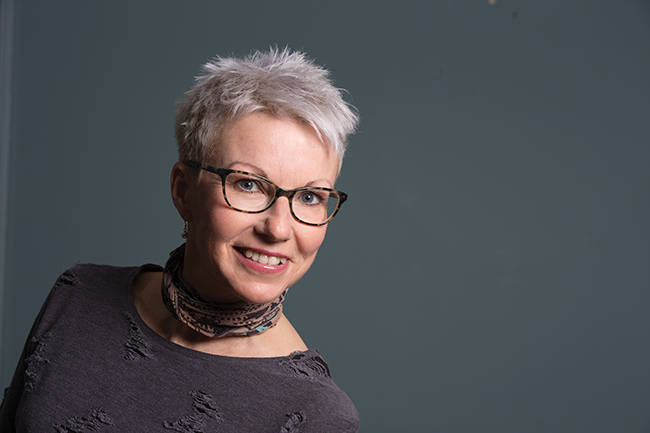 What do you do? I set up my own dog walking and pet visiting business seven years ago after being a family lawyer for over 20 years. Life began in
June 2011 when my days became a series of friends being delighted to see me. It’s been more successful than I could ever have hoped and I now have two friends who work with me.

When did you go vegan and why? Summer 2012. I had some close friends who were vegan for animal welfare reasons, which put veganism on my radar. I’d always been a big animal lover so I wondered what they knew that I didn’t. I had no idea how animals in the dairy and egg industry suffered and were wasted and thought hens and cows lived okay lives.

My epiphany came after reading some vegan magazines. They unsettled me so I decided to give up dairy. The game changer was later when I read about the violent slaughter of a dairy cow. I couldn’t get the images out my mind and there was no going back.

How does being vegan impact your personal and professional life? It doesn’t impact on my professional life as I speak to more dogs than people! Personally, life just needs more planning in relation to family get-togethers so there’s sometimes less spontaneity. I’m lucky as I have a close group of vegan friends and my non-vegan friends have been supportive, interested and accommodating. I love hearing that choices I’ve made have impacted on other friends; we are taking over the world slowly!

If you could tell the non-vegan you one thing what would it be? Being vegan will fit everything you feel about animals and will become second nature. And one day kale will be one of your favourite foods! 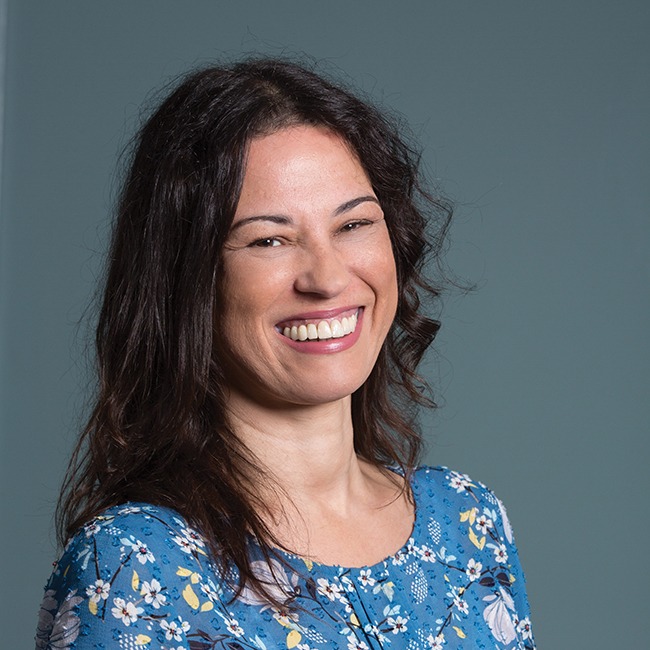 What do you do? I’m a counsellor, life coach, dream analyst, chakra dancing and creative mindfulness teacher, energy worker and workshop facilitator, as well as a former magazine journalist. I’ve combined all these aspects to create Rara Avis, which offers workshops and writings to empower women through personal and spiritual growth. A rara avis is a unique and exceptional person; I believe that all women have a rara avis at their core.

When did you go vegan and why? Six years ago. I was vegetarian for a long time and had considered going vegan for a while as I began to learn more about the horrors of the dairy industry. Then a dear friend of mine went vegan and was so enthusiastic about it that I decided to give it a go myself. I’ve never looked back.

How does being vegan impact your personal and professional life? The best aspect has been meeting so many fabulous vegans! I live my life in the same way I always did but with a clear conscience. Professionally, I provide vegan treats for the women attending my workshops as I believe veganism is a feminist issue – the barbaric way mothers and their babies are treated is one of the more horrifying aspects of the farming industry. I also think veganism is a natural step as we gain awareness of how we are all connected – it’s easy to be compassionate when you recognise that we are all one and that what we do to another, we ultimately do to ourselves.

If you could tell the non-vegan you one thing, what would it be? Do it now! Don’t wait – it will be one of the best things you ever do.