Meet the inspiring stars of the London vegan scene

Zoey Henderson meets some of the young stars taking veganism to the next level. 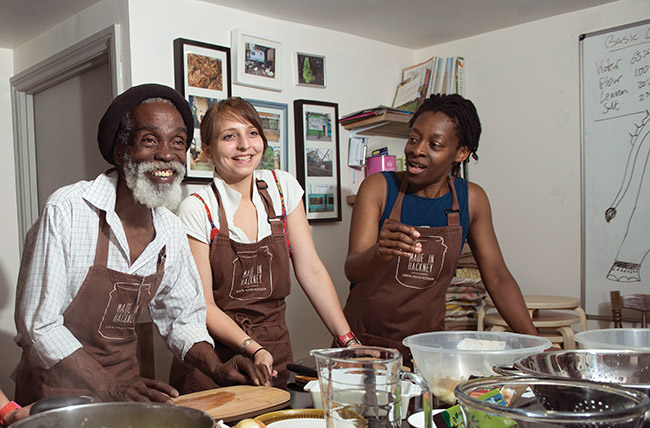 Something has changed in London. Green shoots are beginning to show and it is not just the vegan community that is seeing them flourish. What started as tucked-away, exclusive spots known only by vegans, LA-style juice bars and some fine dining veggie experiences, has developed into the biggest growing lifestyle trend in the UK.

Suddenly we have all stopped being ashamed of shouting ‘We are vegan’. New openings in London’s trendiest food spots, vegan festivals such as Vevolution and community initiatives are all helping to build the foundations for a strong, green future. Veganism and an ethical lifestyle need support from the very communities they intend to help.

This has been down in part to these green superheroes who are leading the way in plant-based eating and bringing veganism to the mainstream through their delicious food. 2018 is set to be the year of veganism and plant based dining is on course to explode in London and beyond. We meet some of the stars…

The rise in plant-based eating would be nothing without consumer demand. Health, along with the moral and social implications of changing our diets has created a shift in consciousness from a grass roots level.

Set up as a initiative to help some of the most vulnerable to cook at home using healthy and affordable ingredients, Community-based kitchen Made in Hackney is showing local communities in London how to cook and thrive on a plant-based diet. “A plant-based diet is cleaner, healthier and much cheaper to feed a family on,” explains Sarah Bentley, one of the founders of the project. 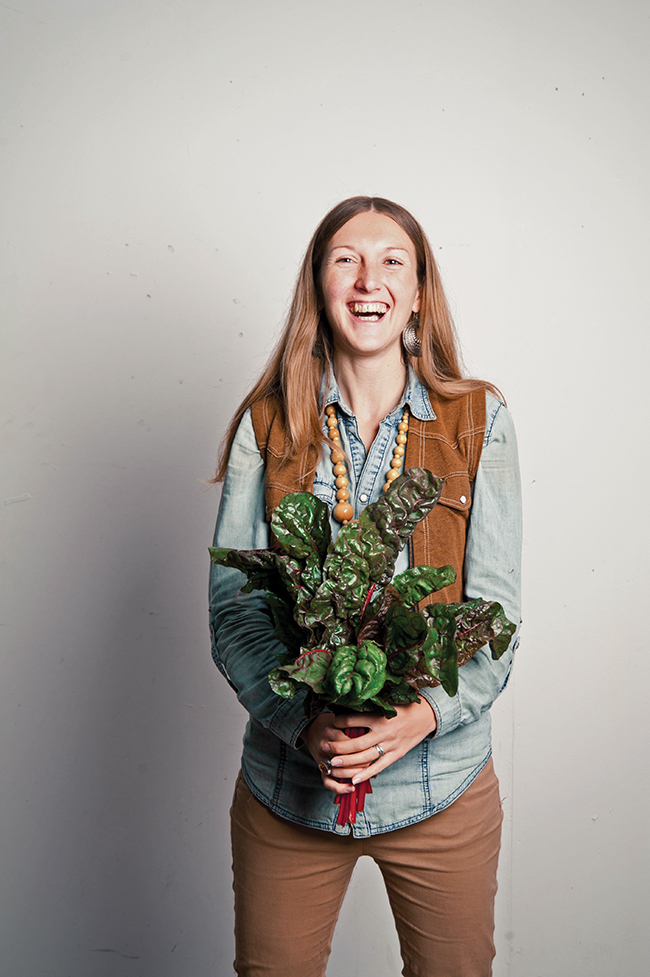 Made in Hackney’s focus is on young families, the elderly and vulnerable individuals, in areas of London that have low incomes and high levels of unemployment. Reaching out to these people, teaching them how to feed themselves and their families healthy and nutritious meals on a small budget has touched the lives of so many, firstly in Hackney and now beyond into community outreach programmes following the Made In Hackney model.

Community veg box schemes lowered the cost of organic produce and deliver it direct to the consumers that need it, this along with local community growing schemes create the perfect opportunity for the charity to grow and raise funding.

One of the loudest voices with a no-holds-barred, no-saying-sorry approach is Cook Daily in Shoreditch and the man behind it all; King. An experienced chef, King has worked in some of London’s top restaurants. His love for food comes from his father, who passed on his passion through his work in hotels.

Fast forward to 2009, and the rigorous life of a chef was full on. Too much rich food, too many late nights and exposure to the harsh realities of food production prompted King to adopt a vegetarian diet. He then started a family and found his eyes opened to compassion, and so the path to veganism was set. 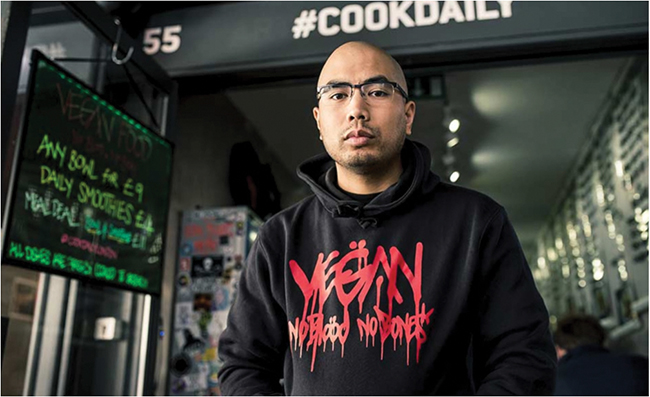 He recognised that the vegan options available when he went out were dull and uninspiring and knew he could do better. Cook Daily takes influences from his native Laos, the fast food market in London and mixes urban Grime style with the most basic; the foundations of family and community.

To King and the team, the whole scene is about love and respect. “If people give me love, I’ll give it back”, he says. Cook Daily opened in 2013 in King’s beloved East London and within one month, in his words, “was established”.

Cook Daily was one of the first to shout out about veganism in branding and ethos, not shying away, not saying plant-based. With ‘No Blood, No Bones’ as their mantra, all it took was one person to break the market and stand up for the revolution, shining the spotlight on loud and proud vegan food.

Activism from the inside: Wagamama takeovers and menu development. “This is my form of activism, through my food”.

The importance of compassion and surrounding yourself with people you love has been at the heart of the community that gave birth to the rise in popularity of plant-based food. Compassion and working with an ethical mind set is turning into big business; consumers are asking more questions about the food they eat, where it comes from and the people that cook it.

Meet Cristiano and Andrea, two Italian pizza chefs trained with the AVPN, the renowned pizza-making association of Naples, who have taken the lead in vegan pizza making. The cheekily named Picky Wops is the creation of these trail blazers in the green pizza world. 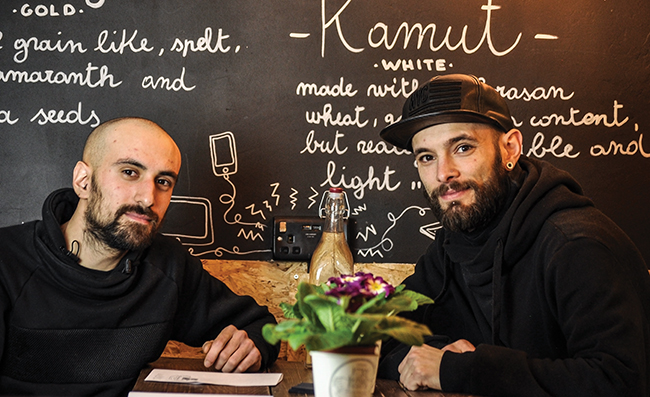 From traditional Italian families with salami and Parmesan in their DNA, they became inspired and influenced by the vegan scene in London. Vegetarians at the time of opening, documentaries Cowspiracy and What the Health were instrumental in turning their love of pizza into a purely plant-based affair.

The dream had always been to open their own place and now they knew it had to be 100% vegan. Their first small shop was opened in 2016 with money from savings and family. A tiny space with only six seats inside, tucked away on North End Road markets in Fulham, South West London. Hidden between Halal butchers, fishmongers and phone shops it was an unlikely space for a vegan pizzeria, but word spread.

They have six unique bases for their pizzas, 15 toppings and home-made nut cheeses all under the banner of ‘No blood, one love’. Within a year, they opened their second site in the Peckham Levels; a cultural and creative hotspot in south London.

Their unique almond ricotta stuffed crust pizza on a turmeric base.

Try them for yourself