Meet the 63-year-old long-term vegan whose doctor said he wouldn’t live past ten because of his plant-based diet.

Many vegans will resonate with John Machin’s story as his parents were warned that if he didn’t eat a standard diet he wouldn’t live past the age of ten when he first adopted a plant-based diet.

Now, almost six decades later, the fitness fantastic trains every day at the gym and is positively thriving, showing just what is possible on a vegan lifestyle.

Keen to share his passion for fitness and knowledge of vegan nutrition, Machin now teaches people who want to learn more about the benefits of an animal-free diet.

In a statement sent to Vegan Food & Living, John, from Macclesfield, Cheshire, said: “There’s a belief that vegans must be pale, weak and skinny; I’m hoping to show that the exact opposite can be true. Being 63, I can also demonstrate that a life eating purely plant food offers lasting and quite spectacular physical results.

“I have been vegan since childhood. Back then, people like me were just known as fussy eaters. If my parents gave me anything from an animal such as meat or dairy, I felt disgusted; I couldn’t even consider eating it. I knew I’d be physically sick.

“This caused some consternation; and, at the age of five, I was gravely informed by our doctor that, unless I began eating meat and dairy, I wouldn’t live to see the age of ten. I think he got that one slightly wrong.” 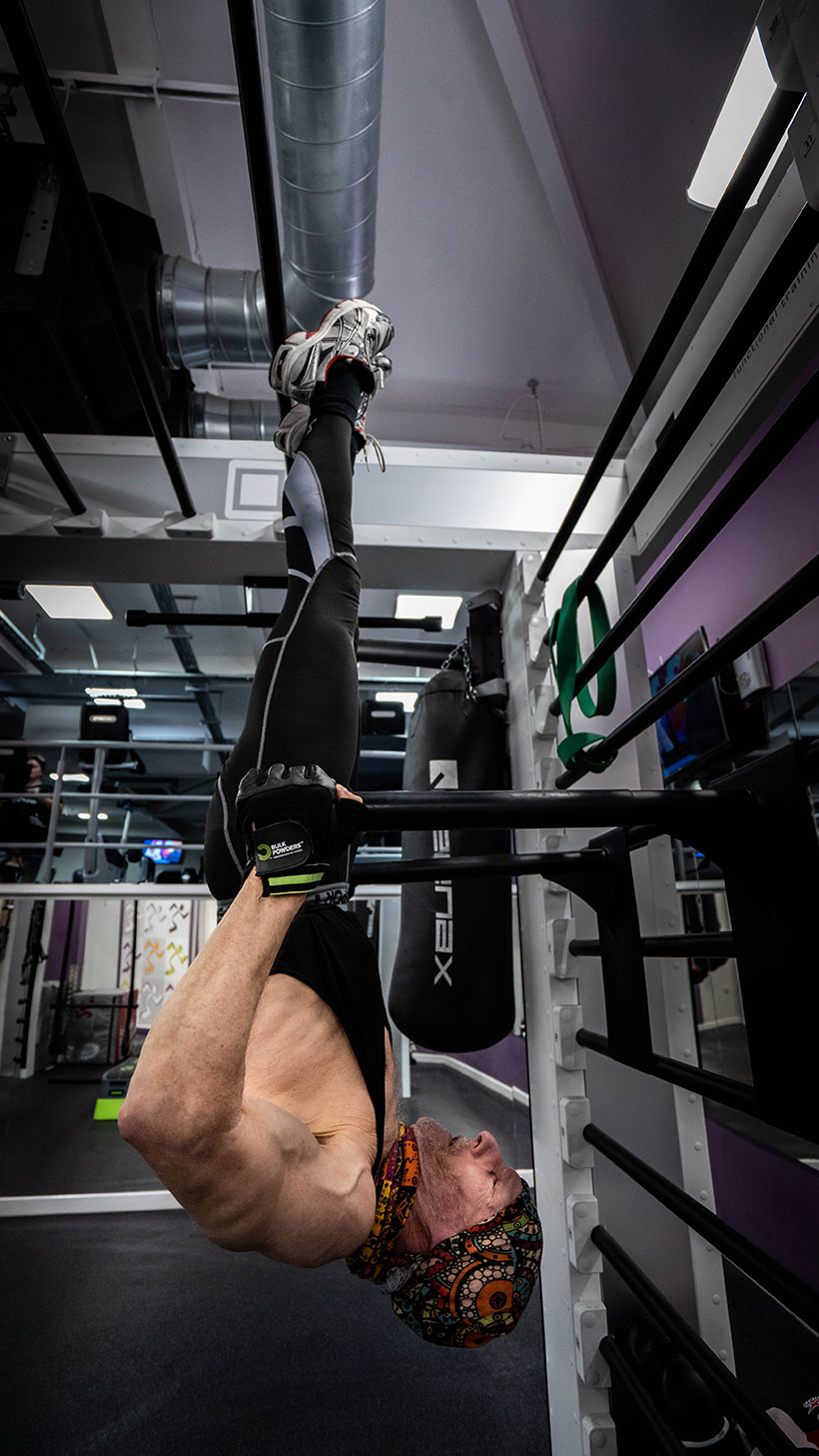 The energetic athlete would put many to shame with his rigorous workout routine, spending 2 hours every day in the gym honing his strength and fitness.

Keen to push his body to the extreme and bust myths about vegans being week, Machin shuns the weights bench and instead prefers using his own body weight to sculpt his muscles – otherwise known as calisthenics.

Speaking about the benefits he has enjoyed as a vegan, Machin added: “I evolved from lifting weights to using my own body weight to train. It is a functional and much more effective way of strengthening every muscle in the body.

“Plant foods are ideal for health and fitness; they’re what we naturally thrive on. Now in my seventh decade, I have never been fitter or healthier. I love the vegan diet and training, and how they make me feel.”

It’s no secret that veganism is on the rise and is the hot topic of the moment, but John had been vegan for 50 years before he met his first, fellow vegan, so he finds the growth in veganism today as heart-warming as it is surprising.

He said: “It’s never been easier to be vegan with so many positive health and environmental studies and with such a wealth of fabulous vegan food on the shelves, there are no longer any reasons not to try veganism. Just excuses.

“Veganism is better for our health, for the human race, for the planet, and – crucially – for our wonderful animals. I don’t preach about veganism anymore; pictures speak louder than words, so I just show people what 63 years of plant foods can do. I hope I’m visual proof that being vegan long-term is beneficial for not just our minds and our bodies, but also for our self-respect as a species.”

Machin is keen for everyone to be able to enjoy and feel the benefits of a plant-based diet, and so to ensure older vegans or vegetarians in care homes who may have lost capacity are still able to eat meals in line with their beliefs, he is supporting charity Vegetarian for Life’s Memory Care Pledge campaign.

He said: “Vegetarian for Life is a charity which is close to my heart because my mother suffered from dementia, and spent her final years in a nursing home. Those with dementia may have lost their short-term memory, but they have not lost their self-respect.

“The beliefs they held before their illness must be respected, and ignoring the diet and lifestyle of those who made the courageous decision to avoid meat and/or dairy is as immoral as it is callous. So I support the campaign wholeheartedly.” 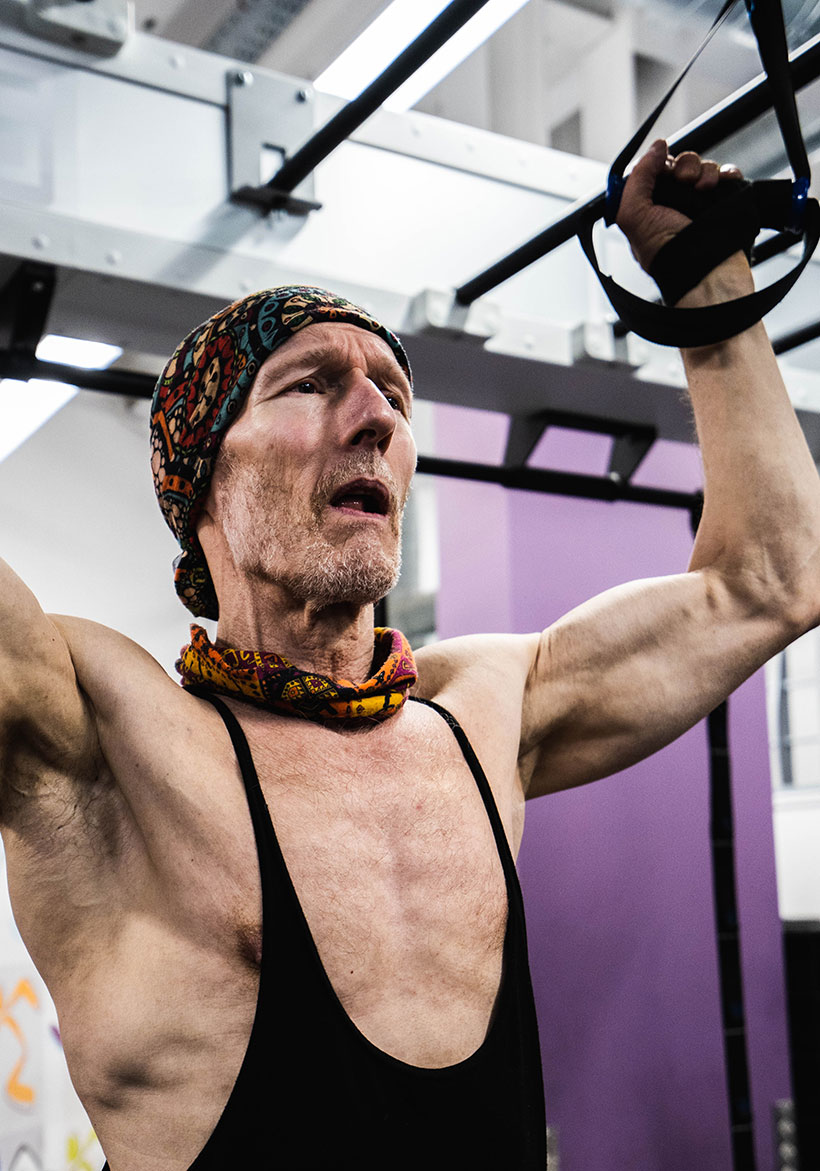 Amanda Woodvine, Chief Executive of Vegetarian for Life, which is dedicated to supporting older vegetarians and vegans, added: ” John seems such a strong and thriving vegan. His commitment to being plant-based all of these years is inspiring and shows just how much strength can be built and maintained on a vegan diet.

“We are grateful that John is supporting our Memory Care Pledge campaign, and we need as many UK care homes to sign up as possible. It’s free, and really simple to do. Let’s ensure that meal times are inclusive, enjoyable and in line with all residents’ beliefs and wishes for their whole lives.”