Is Quorn vegan? The complete guide to Quorn’s vegan products

Quorn has been around for decades and its range is constantly growing, but is Quorn vegan? We explore which Quorn products are vegan.

It’s so easy to grab a pack of Quorn pieces or slices for a quick meal but have you ever wondered what are the products made of?

Not all Quorn products are vegan – some contain eggs, cheese or milk. Luckily, there are no other tricky ingredients to watch out for and all the vegan products are clearly labelled.

Here are all the vegan products in the Quorn range in 2022: 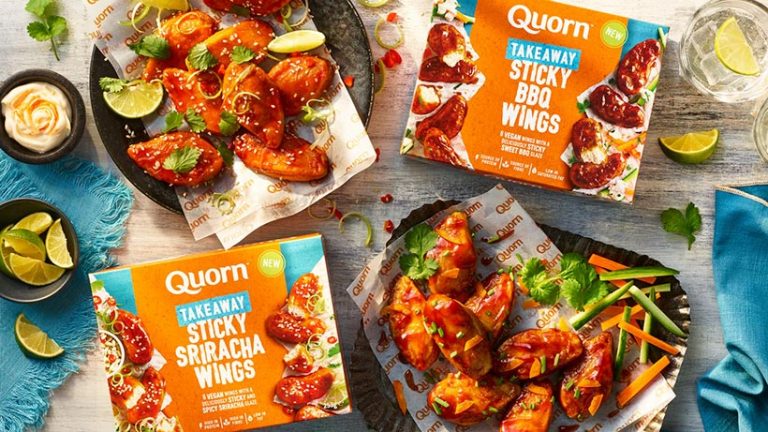 What is vegan Quorn made of?

The main ingredient in all Quorn products is mycoprotein. It is a protein made from the fungus Fusarium venenatum, that naturally grows in the soil and is cultivated in Quorn factories.

This fungus produces a protein and fibre-rich mass that is fermented in large vats and then has another binding protein added to it to increase the firmness of the final product – in vegetarian products it’s egg protein and/or whey protein, in vegan products it’s potato and/or pea protein.

Mycoprotein contains all essential amino acids, is low in fat, relatively high in B group vitamins (but not B12), contains small amounts of calcium, magnesium and iron and is a good source of zinc.

Some vegans take issue with Quorn on ethical grounds. None of the products have been in any way tested on animals but when mycoprotein was first produced, it was given to animals to test its safety.

There have been no animal tests since 1995 and the company is resolute that no animal testing of their products or ingredients will ever be done in the future. 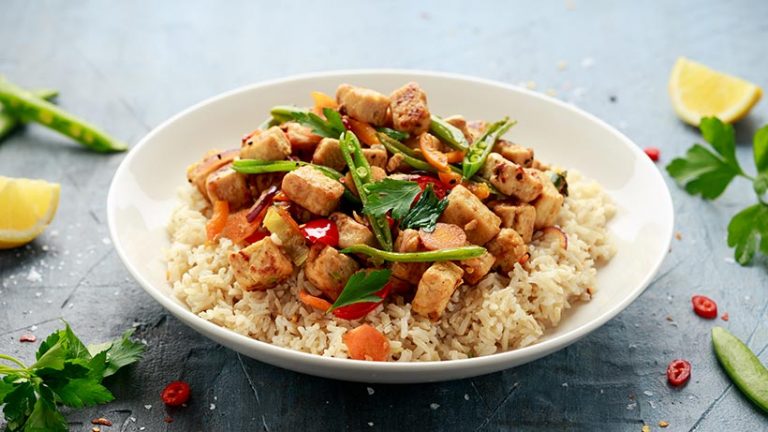 Quorn is made from mycoprotein, a protein made from a fungus that naturally grows in the soil. Image: DronG via Getty Images

No, both chilled and frozen Quorn mince contain egg and so are not vegan. Unfortunately, Quorn doesn’t make vegan mince just yet.

However, the company does keep expanding its vegan range so there might be a vegan version soon.

Quorn Ham – vegan or not?

Quorn ham is not vegan as it contains eggs and milk.

Instead of reaching for Quorn ham, reach for Quorn Smoky Vegan Ham Free Slices – perfect for sandwiches, wraps and toasties! 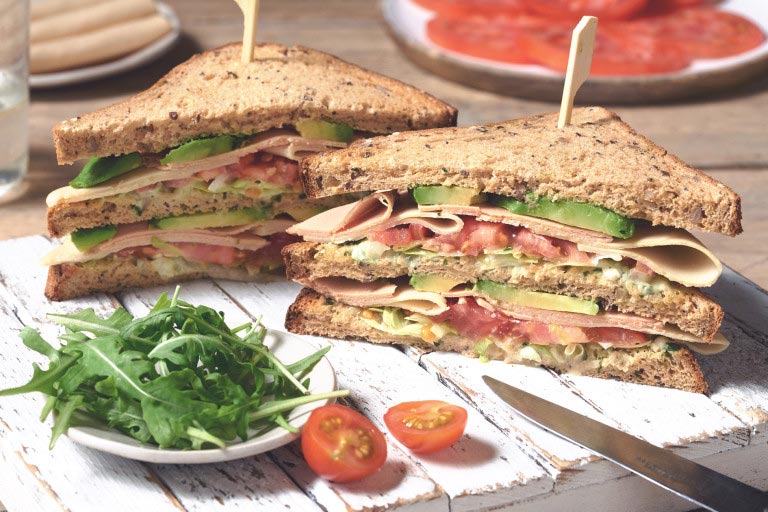 Unfortunately, Quorn ham is not suitable for vegans as it contains eggs and milk. Instead, try the Quorn Smoky Ham Free Slices. Image:

These vegan mock meat chunks resemble chicken meat and with 15 grams of protein per 100 grams, they are an excellent protein source!

Although you technically can eat them as they are, they are best cooked and work great in curries, stir fries, wraps and stews.

These are chunky small sausages that you can get frozen or chilled. With 16 grams of protein per 100 grams and low fat content, they can be a star of any meal.

They are perfect for full English breakfast, can be served for lunch with mash and veggies, thrown on a grill at a barbecue or wrapped in pastry and turned into sausage rolls.

Quorn vegan nuggets are a vegan version of chicken nuggets, these are simply nugget-shaped Quorn pieces with a crunchy batter coat. They are surprisingly low in fat so if you fry or bake them on a little bit of oil (and don’t overdo it), they will still be a healthy version of junk food.

They are perfect for dipping in sauces, you can put them in a salad or wrap them in a wholemeal tortilla for lunch on the go. 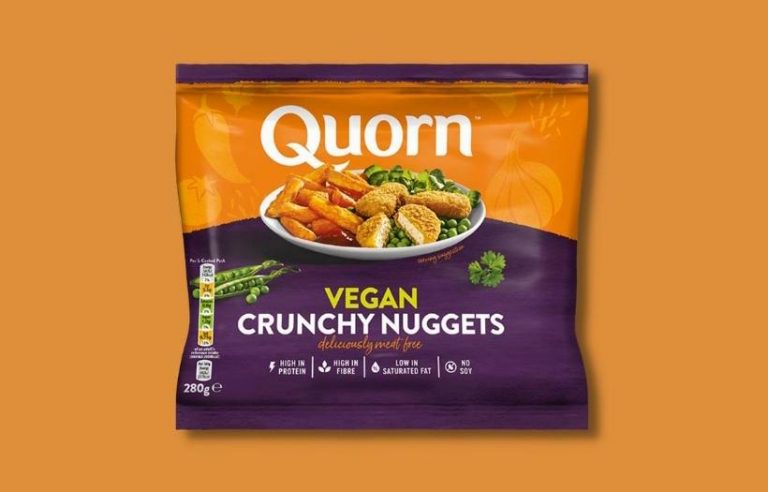 Ready to eat chilled slices that make a tasty sandwich filling and work great in toasties. You can also make fancy canapés with them – or if you’re really ravenous, just eat them out of the packet!

The company has recently expanded it’s range of vegan-friendly sandwich slices to include the new Roast Chicken Style Slices.

The good old sausage rolls. Nothing fancy about them but if you crave comfort food, they will hit the spot.

Thanks to the pastry, they are high in fat and because they contain palm oil, they pack quite a lot of saturated fat. But to be honest, no one eats sausage rolls because they are wholesome, it’s the taste we crave.

Spicy pepperoni slices are just the right thing for vegan pizzas, toasties, sandwiches and anything else you may want to spice up. They are ready to eat so no preparation is necessary.

To get their taste and texture close to the meaty version, Quorn upped their fat content but if you don’t eat the whole pack in one go, it won’t ruin your health. 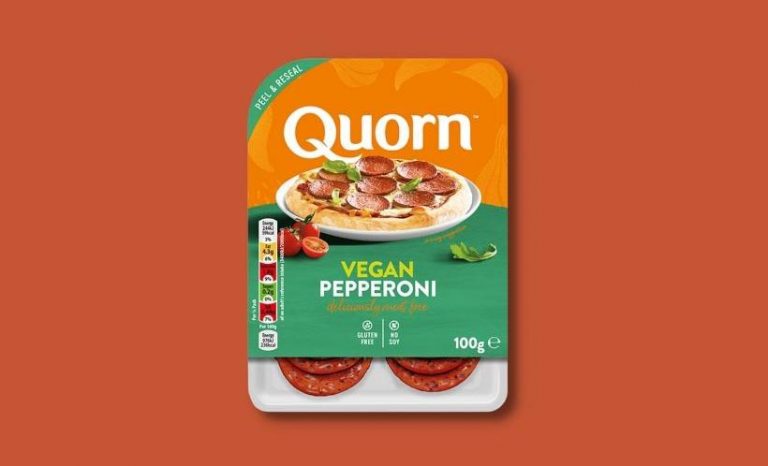 These are certainly a good fish alternative and do a great job when you crave that fishy taste, whether it’s a fish and chips scenario or a sandwich. They are super easy to prepare because all you need to do is pop them in the oven.

The only downside is nutritional – to mimic the flakiness of fish flesh, rice flakes are used and while they give the products the right texture, they contain only little protein. It means these products are lower in protein than other Quorn goodies, so don’t rely on them as a rich protein source.

These burgers only come frozen so don’t look for them in the chilled isles. They may be a little less juicy than some other vegan burgers but they are a definition of a healthy burger – high in protein and fibre, low in fat and tasty.

You probably don’t need telling how to use a burger but you can also try them sliced in a wrap or salad. 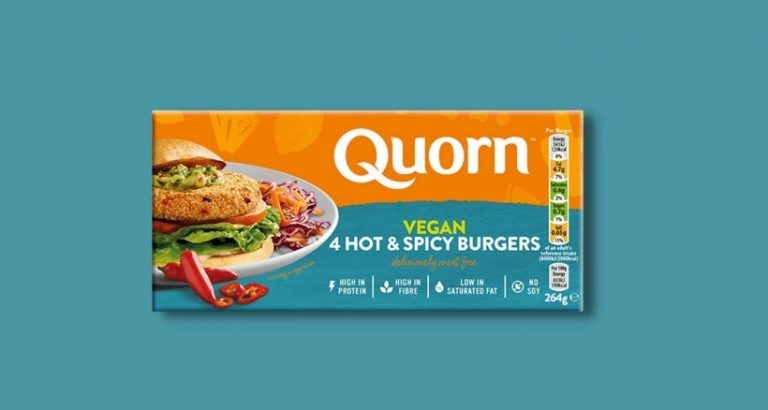 Head to the freezer to pick up a pack of Quorn Vegan Hot and Spicy Burgers which are high in protein and low in fat. Image: Quorn

Quorn recently tapped into the kid’s market with the launch of vegan dinosaur-shaped nuggets.

The idea is simple – dinosaur-shaped chicken-like nuggets in a crispy coat. Almost the same as Quorn vegan nuggets, they’re even higher in vegan protein and perfect for kids.

Try them with mash and peas or pop them on top of a risotto. And who says they’re only for kids? Enjoy them at any age! 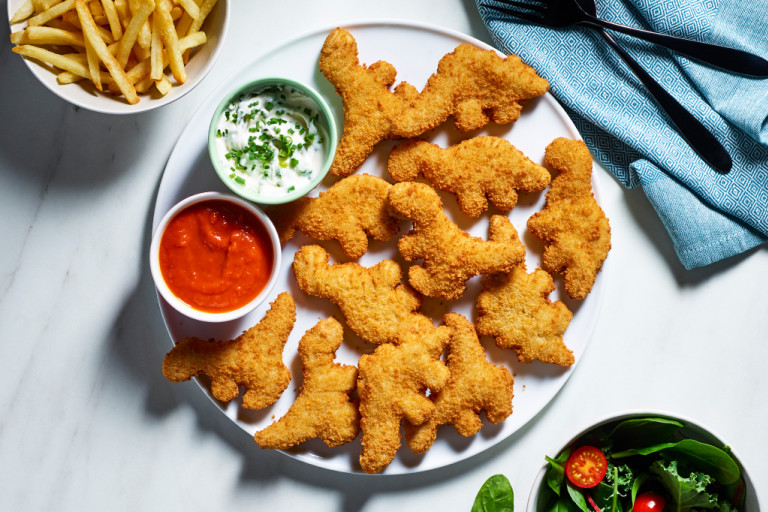 Roarsomes are reminiscent of childhood favourite turkey dinosaurs and are made from the brand’s signature mycoprotein base and coated in crunchy breadcrumbs. Image: Quorn

Is Quorn bad for you?

Mycoprotein is safe and nutritious and the skyrocketing Quorn sales indicate that it agrees with most people. There have been rare reports of it causing digestive issues in some individuals and just like with anything else, some people may be allergic to it. However, it doesn’t mean it’s bad for you.

If you are one of the unlucky ones that can’t, quite literally, stomach it, you shouldn’t eat it. Just like people with gluten intolerance or allergy avoid gluten, it’s the same with Quorn.

However, if you experience no digestive issues after eating it, there’s no reason to avoid it. Yes, it’s processed and there are healthier and then less healthy Quorn products but the nutrition label on the packaging serves as a good guide.

Products that have more protein and less fat are better for you than products that have it the other way around. If you have high blood pressure, you should watch your salt intake so always check the packaging for sodium content. 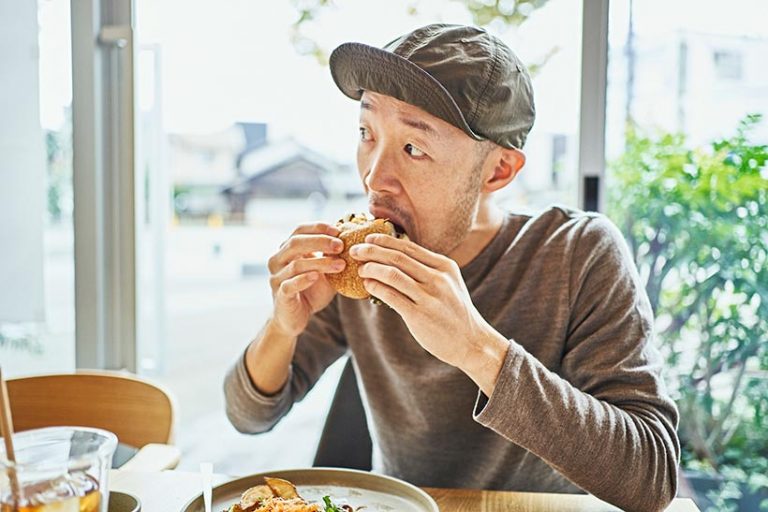 Some people have reported suffering from digestive issues after eating Quorn, however this is not common. Image: Yagi Studio via Getty Images.

Quorn products are all based on mycoprotein and other proteins, contain natural flavourings and thickeners but nothing artificial. So even though they are processed foods, they are not bad for you.

In fact, most Quorn products are healthy and provide a valuable nutrition boost. They are also naturally high in fibre which is another plus.

And let’s not forget sustainability! According to Quorn’s website, mycoprotein only has a tiny carbon footprint compared with animal protein sources.

Which is healthier, tofu or Quorn?

Both are great protein sources but looking purely at the health side of things, tofu is the winner here. It’s because it contains more protein than Quorn, is always low in fat and provides a good source of B vitamins, vitamin K, iron, calcium (especially tofu that’s set with calcium salts), magnesium, potassium, selenium and zinc.

Tofu also contains powerful antioxidants and compounds called isoflavones which may reduce your risk of hormone-sensitive cancers, such as breast1 or prostate2 cancer. On top of that, soya consumption is linked to a lower risk of heart disease because it helps to lower your cholesterol levels3.

However, Quorn comes in a range of shapes and forms, well-seasoned and ready to use, so it has the practical advantage. Tofu is also easy to use but may require more skill than Quorn. The great advantage of both is that they are not raw foods, so you cannot undercook them and risk food poisoning or other tricky food issues.

If you’re new to veganism, Quorn is a great transitional food – it gives the taste and texture of meat while providing plenty of protein. Some people may even be fooled to think they’re eating meat. It’s not quite so straightforward with tofu but because it offers so many health benefits, it’s well-worth the effort!

Quorn make even more vegan products than what’s listed in this article – including mini fillets, crunchy strips or chicken ‘wings’ – but they may not be so widely available just yet.

Check your local shop to see what they offer and if they don’t stock Quorn, don’t be afraid to ask them to order some. It may tempt more people to try these products!

There’s a lot of conflicting information when it comes to honey, but is honey vegan?