Is champagne vegan? A guide to vegan champagnes

As we creep further towards the festive season, you may be starting to think about stocking up on vegan alcohol for Christmas and New Year.

Champagne is a popular choice for the silly season, but unfortunately, some champagnes use animal products in their production, making them unsuitable for vegans.

Luckily, we’re here to take the stress out of shopping for bubbles, so you can concentrate on the important stuff – like drinking it…

Technically, the ingredients in a glass of champagne are vegan, however just as with beer, the vegan status of champagne may be affected by its manufacturing process, which sometimes involves using animal products as fining agents.

Luckily, many wine manufacturers are moving away from animal-based processes, but not all have, so we need to have our wits about us when searching for cruelty-free fizz.

Champagne is a white, sparkling wine that originated from the Champagne wine region of France. For a product to be called champagne, it must be produced in Champagne, following strict rules regarding grape-pressing techniques and fermentation.

The grapes used for champagne are usually pinot noir, pinot meunier and chardonnay, and these must be sourced from specific areas of the region, to comply with regulations. 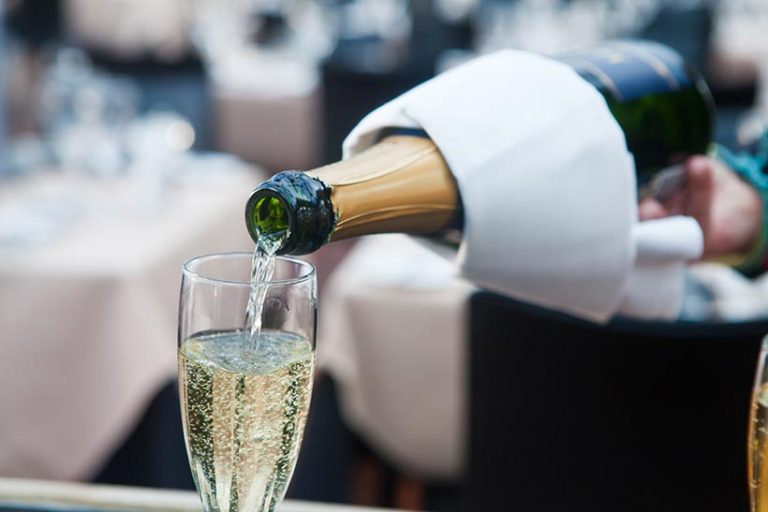 For a product to be called champagne, it must be produced in Champagne, following strict rules regarding grape-pressing techniques and fermentation. Image credit: Joe Watts / EyeEm via Getty Images

Sparkling wine from other areas of the world cannot be called champagne and must be sold using a different name. For example sparkling wine from Italy is called prosecco or spumante, while cava is Spain’s offering.

Often, it’s simply called ‘sparkling wine’. (There is one exception to this rule – wine producers in America who called their product ‘champagne’ before 2006 have been allowed to continue to do so, provided they clearly specify where the wine was actually made.)

Why would champagne not be vegan?

As mentioned above, it’s the fining agents used in the winemaking process that may make some champagnes unsuitable for vegans.

These agents are mixed in with the wine to absorb any substances that may affect the taste or appearance of the finished product.

Unfortunately, a number of common fining agents are animal-based, including gelatine (made from boiled animal parts), isinglass (a collagen extracted from a the dried swim bladders of fish), casein (found in milk), and egg whites.

Bentonite (a type of clay), pea protein and carbon are three natural fining agents that aren’t derived from animals.

UK allergen laws state that wines fined with milk or egg products (with detectable limits in the finished product at levels over 0.25mg/litre) must be clearly labelled.

Unfortunately, gelatine and isinglass don’t legally require a mention (despite fish being a known allergen), which makes things slightly trickier.

Your first port of call should be Barnivore, a comprehensive online guide to vegan alcohol. However, if you’re still unsure about the manufacturing process of your favourite bubbly, it’s best to contact the brand directly. 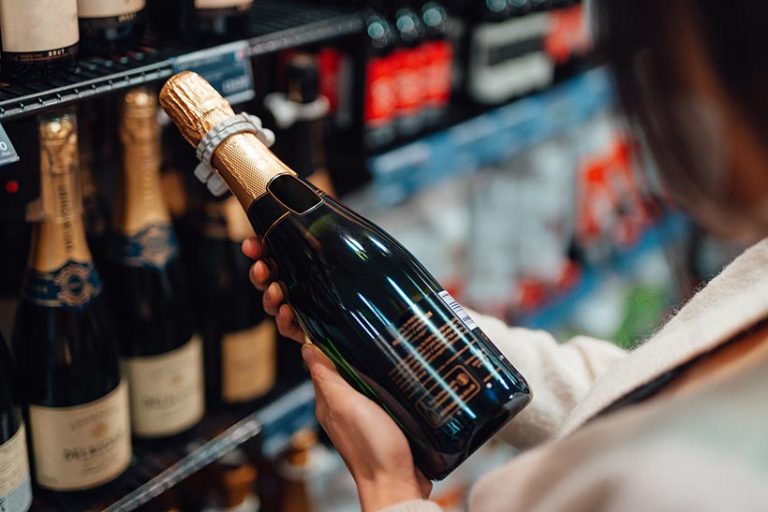 Which champagnes are vegan?

Thankfully, there are loads of widely available quality vegan champagnes – here’s a list of popular brands to get you started.

This luxury champagne brand specialises in ‘vintage’ champagnes i.e. those that only contain grapes from single years that had exceptional harvests.

This is reflected in the higher price point, as it’s usually only produced thee or four times per decade. All Dom Pérignon champagnes are suitable for vegans.

When you want to pull out all the stops, Dom Pérignon Vintage 2012 Brut is a great vegan champagne to celebrate with. Image credit: Dom Pérignon

‘Only one quality, the finest’ is this renowned champagne brand’s motto, famous for its eye-catching yellow labels.

This silky champagne is aged for a minimum of three years, giving fruity aromas of peach, plum, vanilla and brioche. All Veuve champagnes are vegan.

This iconic champagne has been around since 1869, and has aromas of crisp green apple, lemon and toasted cashew, with flavours of pear, white peach and apple.

Rest assured that all Möet champagnes are vegan-friendly, so you can glug guilt-free.

This is Tattinger’s signature cuvée, incorporating 30% chardonnay, which is rare for a non-vintage champagne.

Each glass of fizz offers aromas of subtle brioche, with a balanced palate containing hints of fresh fruit. Tattinger has confirmed that all its champagnes are vegan. 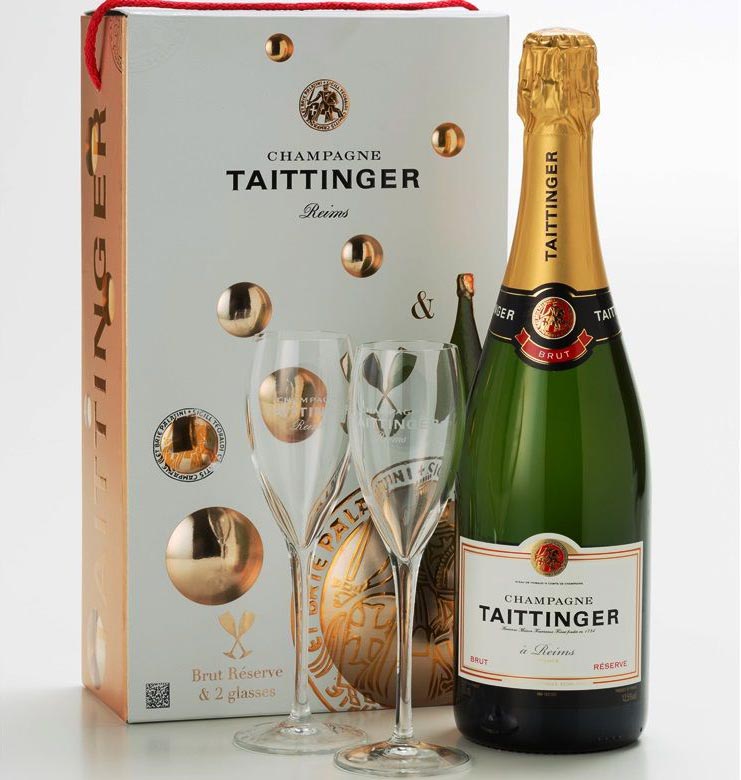 Lanson is one of the oldest champagne houses, with over 260 years of winemaking experience behind them. This fresh number has hints of orchard fruit, tangerine, lemon and grapefruit. Thankfully, all Lanson champagnes are vegan.

This elegant bottle will look fabulous on any festive table setting, and the light, yet lively champagne has flavours of fruit, nut and citrus. The company has confirmed that all its champagnes are vegan-friendly.

All Nicholas Feuillatte champagnes are confirmed to be vegan. This affordable bottle is ripe and intense, with delicate notes of fig, plum and dried apricot – perfect for your vegan Christmas dinner.

France’s largest family-owned champagne house has confirmed that it doesn’t use animal products in any of its champagnes or during the manufacturing process.

This one is described as ‘the perfect celebration fizz’, with a balance of fruity flavours and creamy texture. 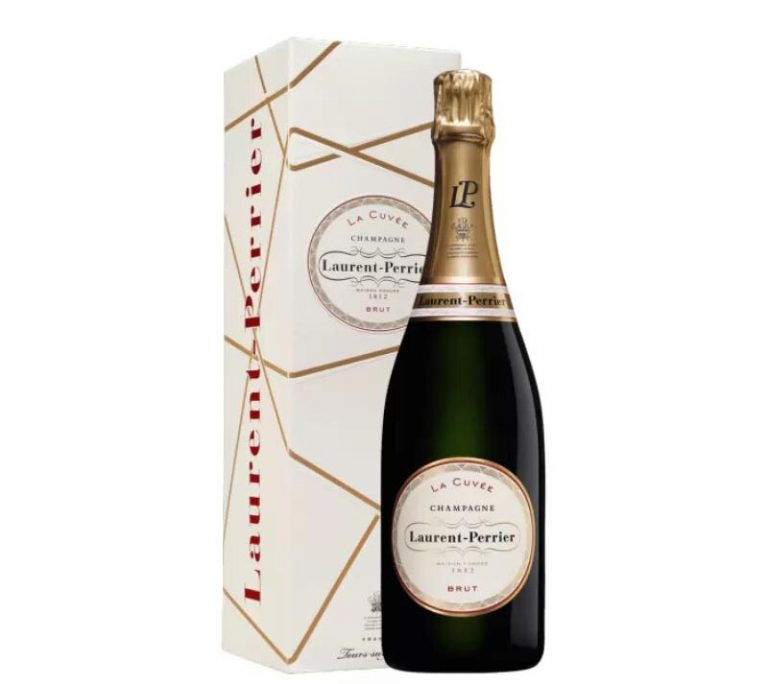 France’s largest family-owned champagne house, Laurent-Perrier, has confirmed that it doesn’t use animal products in any of its champagnes. Image credit: Laurent-Perrier

Just like champagne, prosecco may or may not be vegan due to its manufacturing process. Check the label, search Barnivore or contact the manufacturer.

For inspiration, the following popular prosecco brands are confirmed to be vegan: 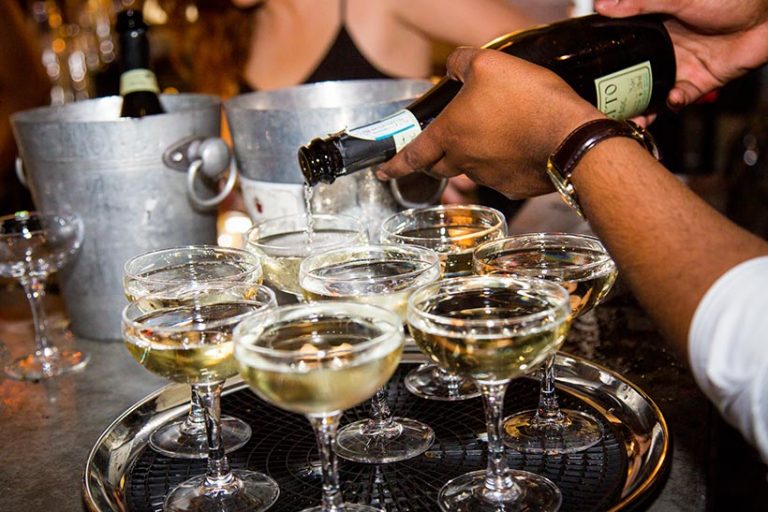 Some brands of prosecco are not vegan due to the fining process which may include ingredients like isinglass or gelatine. Image credit: Eleonora Cecchini via Getty Images

The same rules apply to cava as they do for champagne and prosecco, and the following products are vegan-friendly:

We hope this has made your festive fizz shopping a little easier – cheers to that! 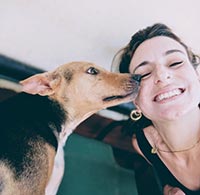 Lisa is a freelance journalist who loves covering all things new and exciting in the vegan food and beauty world. Lisa's work has been featured in Vice, Marie Claire, Metro, and Stylish. Vegetarian since she was 19, she loves cooking up a plant-based storm in the kitchen to prove that vegans can eat a wide range of delicious dishes.