Intensive farming: The plight of factory farmed dairy cows and their calves

An increasing number of factory farmed dairy cows are being kept indoors all year-round as dairy farmers push to produce milk more cheaply.

When it comes to animal farming, many people interested in welfare believe cutting out meat is the way to reduce suffering.

However, while going vegetarian helps animals raised for meat, the probable inclusion of foods like milk, cheese and yoghurt in a veggie diet means one animal is still suffering enormously – the dairy cow.

In fact, vegan charity Viva! brands the dairy cow “the hardest worked of all farmed animals.” But an increasing number of the UK’s dairy cows are being kept in worsening conditions.

Viva! says cows are generally not considered to be factory farmed in the UK. This is because “they are allowed to graze outdoors for at least six months of the year”.

However, it adds, this is changing.

More than 2,000 farms (around 16%) now use zero grazing. Zero grazing is where animals are kept permanently in sheds or yards or severely restricted grazing systems.

World Animal Protection (WAP), an international non-profit animal rights organization, says this is because the value of milk is at an all-time low.

The upshot of this is that is it putting dairy farmers “under pressure to use factory farming methods”.

“This is in part due to new technologies making it easier for smaller farms to move to indoor systems. This has a big impact on the welfare of the cows and the environment.”

When it comes to animal welfare, advocates have many concerns about the dairy cow’s life cycle.

The life-cycle of a dairy cow

“Just like humans, cows only produce milk once they’ve given birth. So the dairy industry forcibly impregnates them every year for around three years.

“Treated as mere commodities, their bodies become broken by the severe strain. When the cows are deemed to be no longer ‘commercially viable’ to the money-hungry dairy industry, they are sent to slaughter to become cheap beef, gelatine or leather.”

“Bonds are broken as these sensitive animals are separated from their calves after a matter of days or sometimes hours.”

Commenting on the fate of these calves, Lindsay Duncan said: “Some females will be reared as new dairy stock. Some calves are culled on-farm shortly after birth.”

Around 60,000 male (or Bobby) calves are killed on UK farms not long after they are born, according to an Animals Farmed report published by the Guardian at the end of last year. It says farmers refer to the culling as dairy farming’s “dirty secret”.

Calves who aren’t immediately killed are often moved to small, individual hutches where they can legally spend up to eight weeks.

However, UK farms have been found to breach this rule.

For example, a 2017 investigation by the charity found a Dorset farm keeping much older calves in the pens. 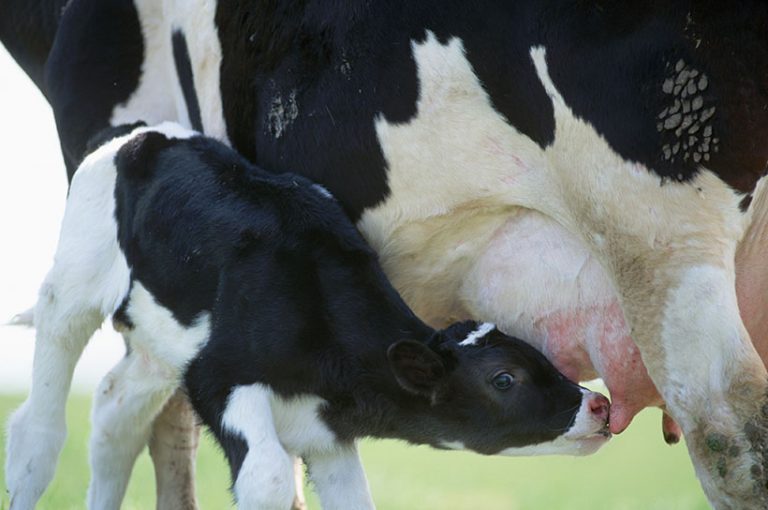 Around 60,000 male calves are killed on UK farms not long after they are born and do not get to bond with their mothers

Dairy cows and their health issues

Once female cows are in the dairy herd, they are susceptible to a host of health problems, according to Duncan.

Duncan cited several painful conditions like mastitis, an inflammation of the udders which affects 38 to 50% of dairy cows.

According to Viva!, this is “a major reason they are killed young”.

Other health issues include rumen disease (a metabolic illness that can result in death), as well as lameness and some bacterial infections. Lameness is extremely painful and afflicts an average of 17% of cows in a dairy herd at any time.

In addition, according to Lindsay Duncan, the factory farming model means “cows are put to their physical limits to produce large amounts of milk”.

At the same time as producing this enormous yield, dairy cows are put under intense pressure due to multiple pregnancies. In fact, factory farmed dairy cows have an average of three or four pregnancies throughout their lives.

According to Viva!, they spend at least seven months of the year simultaneously pregnant and producing milk.

Once dairy cows are spent, they are culled at the average age of six. Cows have the potential lifespan of around 20 years. 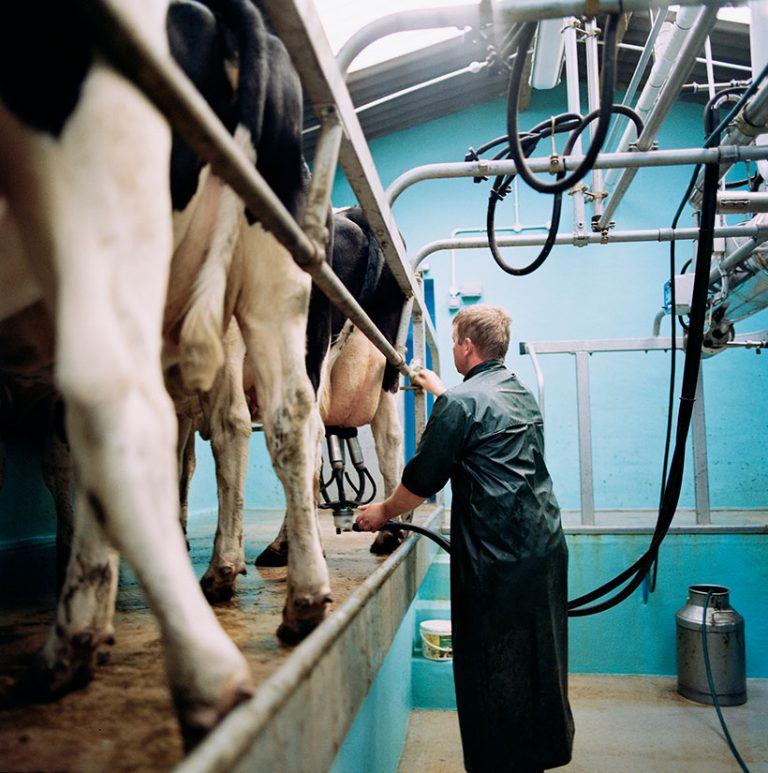 Is dairy farming bad for the environment?

On top of these welfare issues, dairy farming is bad for the environment, according to Animal Equality’s Abigail Penny. She said: “When comparing the environmental footprint of cow’s milk to plant-based alternatives, plants win every time.

“A scientific study conducted by Poore and Nemecek (2018), found that global production of dairy milk has a carbon footprint three times higher than that of any plant milk. It uses nine times more land and a staggering 22 times the amount of fresh water as soya milk.”

When it comes to how consumers can help dairy cows, WAP’s Lindsay Duncan suggests people ‘consume less and better’ dairy.

“Looking for labels like pasture promise or soil association organic means that cows have had access to fields for at least half the year,” she added.

“Also swapping your milk for alternatives like oat milk in your coffee will reduce demand and slow intensification.”

She added: “Moving cows away from pasture has environmental implications with the harvesting and import of feed.

“We should be protecting our welfare standards in the UK and ensuring we stop the expansion of factory farming.”

Abigail Penny added: “In the UK nearly 2 million cows are used and killed every year for their dairy. The dairy industry would have us believe that cows live happy lives; that they spend their days basking in the sunshine and roaming around in the grass with their young. But the reality is a different, far darker story.

“As the animal advocacy movement continues to inform consumers about the undeniable horrors of the dairy industry – through powerful undercover investigations, like those released by Animal Equality, and through public awareness campaigns – we are shining a light on the plight of dairy cows.

“And, in doing so, the world is turning its back on these brutal practices, with 32% of Brits now opting for plant-based milks instead.

“With an abundance of delicious plant-based milk, cheese and yoghurt alternatives available in every major supermarket nowadays, it’s easier than ever to make the switch.”

Have you ever wondered why badger culling takes place?

With the ninth season of badger culling underway, this is the real reason why badgers have become scapegoats in the war on bovine tuberculosis.