Tony Galuidi looks at the effects of different forms of activism to find out which approaches encourage people to go vegan, and which turn them off

Now, a lot of vegans reading this might find what I have to say a little uncomfortable, but read on – you might just be surprised.

There is undoubtedly a schism between the two vegan schools. On one hand we have the ‘all or nothing’, fiercely passionate, zero-tolerance brigade, and on the other we have the ‘nothing wrong with baby steps’, gentler, more moderate gang.

The first group might consist of activists who take part in cubes of truth, engage in vigorous online debates or protest outside shops and restaurants. The second group tend to be less pro-active and you’ll find them at Vegfests or attending talks on plant-based nutrition. What both groups have in common is a powerful desire to end the suffering of animals.

Now the hardliners will vehemently disagree with my previous statement and tell us that being vegan is not enough. If you’re not part of the solution, then you’re part of the problem. And don’t dare mention vegetarians, who are scorned by many vegans. But who does this help?

How useful is it to turn on those who are already in our team or are on the journey that will eventually bring them to Vegansville? 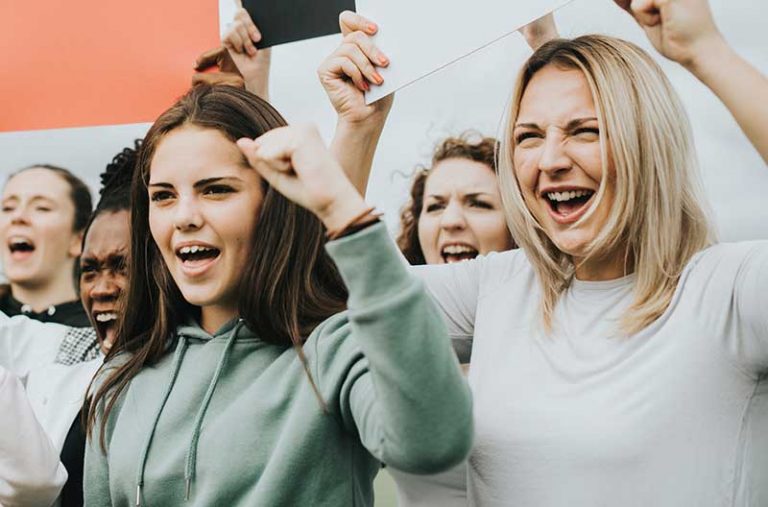 Personally, I’m very sympathetic towards vegetarians, because they are already making conscious, compassionate decisions. A lot of vegans will say that vegetarians are more of a problem than meat eaters and that their increased intake of eggs and dairy actually causes more suffering than eating a meat-based diet. But they forget one very important fact. The vast majority of vegans were vegetarian for a long time before they ‘saw the light’.

Vegetarianism is the stepping stone towards a fully vegan diet. We would all do well to remember that and should be supportive and encouraging instead of offering harsh words and criticism.

Of course, the hard liners are right. If you eat ‘less’ meat or only consume ‘free range’, then animals will still suffer and die. The highly respected vegan activist, Sandra Higgins, explains it perfectly.

“When anybody comes to Eden and they talk about eating less meat I introduce them to Emily, George and Charlotte (pigs at Eden sanctuary) and I ask them, if you want to eat less, can you tell me which of them you’ll spare and which of them you’ll kill?” It’s difficult to argue with that kind of logic – but I’m going to do it anyway.

Logic. It is both the touchstone and the Achilles heel for vegans. The vegan argument is robust and virtually unassailable. There is no argument for putting a pig in a gas chamber or a day-old chick into an industrial grinder. There just isn’t. But here’s the thing – and it’s a really big thing. People do not run on logic. If we did, then none of us would be in debt, overweight, divorced or stuck in dead-end jobs.

If we made decisions based on logic, then surely we’d all be vegan. Are we not a nation of animal lovers?

Logic is both our greatest tool and our greatest barrier and one we should use at our peril. While it’s true that meat-eaters are responsible for what happens in a slaughterhouse, showing them gory footage and insinuating that they’re murderers isn’t going to help.

It doesn’t matter what’s ‘right’, we have to ask ‘what works’? We have to put aside our passionate feelings, think carefully and do the best we can for the animals. According to Tobias Leenaert, author of How to create a Vegan World, “The question is not ‘Am I right’ nor ‘Is this true’, but ‘Does this work’.”

You’ll find that few of the moderates engage in activism and that’s because mostly they feel uncomfortable with the confrontational approach. A lot of vegans can’t bear to look at slaughterhouse footage themselves, so why on earth would they want to show it to others? 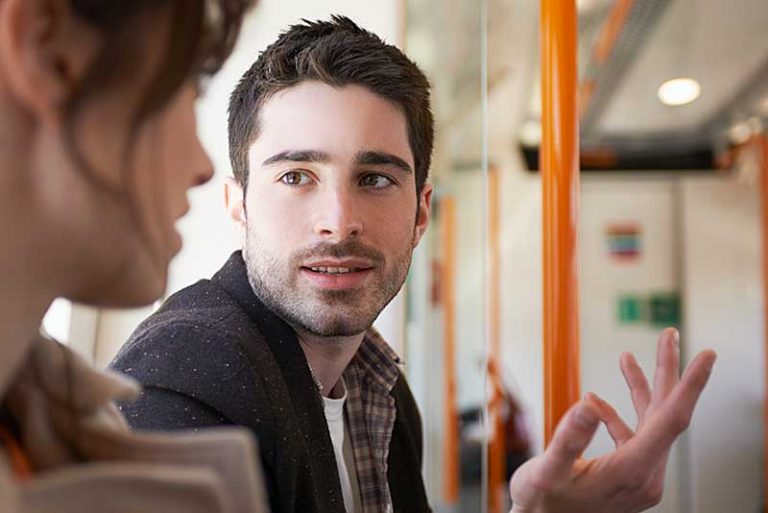 Animal Rebellion came under a great deal of criticism recently for taking a gentler, non-confrontational view. When they decided to set up a ‘fruit and veg stall’ at Smithfields market and engage with the butchers instead of blockading them, they called down the full fury of the animal rights movement.

Many called them out as traitors and apologists, but those who did so may have missed the point. Instead of coming across as angry and confrontational they managed to show all those butchers and meat traders that they were perfectly reasonable people who just happened to have a different point of view. And, most important of all, the world was watching.

Make no mistake – vegans, and vegan activists in particular, are not perceived by the public in a positive manner. Animal Rebellion, with their thoughtful, inclusive approach, did much to address that.

So what about you? What will you do to bring an end to animal suffering? Will you stand outside Canada Goose shouting anti-fur slogans or will you just choose oat milk instead of dairy at the supermarket.

The truth is, it all helps and different people are moved or inspired by different approaches. But perhaps what matters most of all is the way we convey our message. The moment we accuse people of cruelty, we have lost the argument.

Using words like murderer will not encourage people to reflect on their own dietary behaviour and make kinder choices. Forcing people into ‘the corner of cruelty’ will typically elicit a defensive reaction rather than an opening of the heart.

Every argument I ever heard against veganism was simply an attempt to justify the consumption of animals. Non-vegans are looking for reasons to continue their carnivorous ways and when we adopt an aggressive or judgemental approach, we give them one.

I believe a vegan world is possible, but whether it happens in 20 years or 200 is down to us. Now ask yourself – honestly and with an open heart – are you a gateway or are you a barrier?