How to channel your eco-anxiety

How to channel your eco-anxiety

Feeling stressed about the future of the planet? There’s plenty we can do, says Colette Earley. 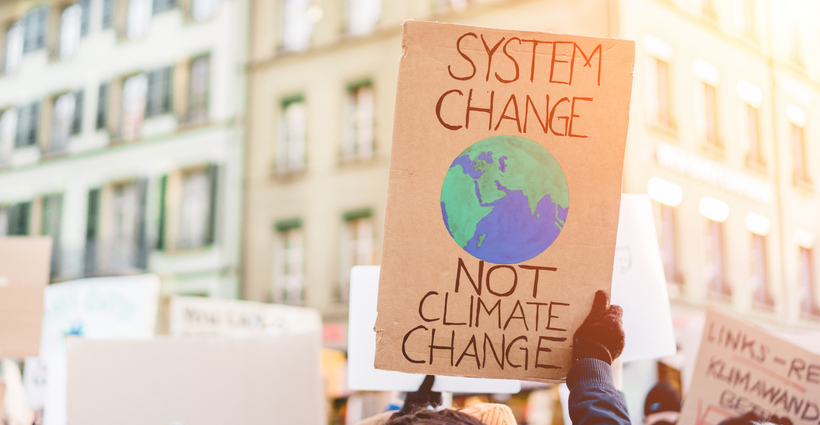 It only takes reading the headlines or skimming through your social media to be alerted to melting glaciers, droughts, heatwaves, rising sea levels, and animal extinction. The realisation that our planet is facing some major environmental changes is a matter that can’t and shouldn’t be ignored.

However, the overwhelming reality of impending world crises is, in turn, causing a great deal of the population to feel stressed about the future;
a state which is now coined as eco-anxiety.

Becoming largely more recognised, eco-anxiety is a condition stemming from an overall feeling of fear and helplessness when it comes to making a difference in stopping climate change. Those suffering with the condition can experience a range of symptoms including panic attacks, depression and insomnia.

Angelina Nizzardi, wellness coach and founder of Green Goddess (greengoddesswellness.com) explains further: “The media coverage, public protests and social sharing of climate change causes an intense fear of environmental collapse,” she says. “The sheer magnitude of the problem is overwhelming for many. Combine this with feelings of little control in the midst of environmental crisis and feelings of anxiety can naturally arise.”

Last year, the IPCC released a very raw report on the impact of global warming stating that “urgent and unprecedented changes” were needed in order to reduce carbon emission. This report was highly covered by the media; great for raising awareness, but the magnitude of the situation left lots feeling in a state of panic.

“Eco-anxiety is a natural response to the crises we face,” explains Eco Psychologist Emma Palmer (kamalamani.co.uk). “In my mind, it’s not a ‘disorder’ as it’s sometimes called – it’s a totally healthy response to witnessing the suffering that is happening, rather than an indication that something’s ‘wrong’ with us for feeling anxious.

“What’s ‘wrong’, ‘disordered’ and out of balance is the runaway consumption of the system we live in; for example, the constant emphasis on economic growth in a world with finite resources and a disregard for anything other than human life – with devastating consequences.”

If any of this is sounding familiar, you’re not alone. According to Extinction Rebellion, eco-anxiety has risen in recent years, with about three-quarters of adults in the UK now seeing climate change as the biggest crisis facing humanity.

“More focus on climate chaos is good because it means increased pressure on governments to take action,” an Extinction Rebellion spokesperson told us. “But we also have to be aware of what this means on a personal level. It’s right to be worried about the environment, but if you feel helpless then that’s something to listen to and act upon.” 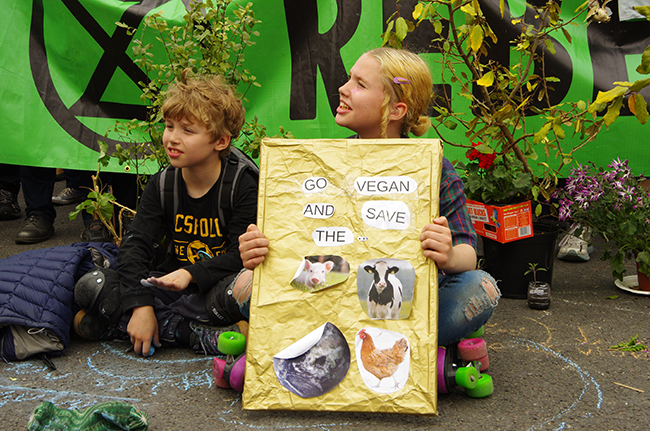 What can we do to help?

So, we’re eating a vegan diet and cutting down on plastic – what else can we do to take action against climate change? “Worry about environmental threat is often coupled with feelings of hopelessness and loss of control, which exacerbate an anxious state.

A more productive way of dealing with environmental issues would be to take action,” advises Angelina, who suggests trying a hands-on coping strategy.

“Form a small group in your community. Talk to friends and neighbours about things they can do to reduce environmental impact. Get involved with charities or environmental working groups. Lobby local government or businesses. The act of taking action can help with feelings of powerlessness, focus attention and reduce catastrophising thoughts.”

Extinction Rebellion agrees that taking action in any way you can, even in the smallest form, is the best way to go. “The bottom line is that making ethical lifestyle changes where and when we can is great, but the most effective thing each of us can do now is talk about this for what it is – an emergency. Find your courage and collectively do what you can to bring about the urgent change we need.”

Lizzie Carr is a great example of someone making a difference. After feeling horrified by the huge volume of plastic in and around the waterways, she felt compelled to do something, and so launched her own clean-up campaign, Plastic Patrol (plasticpatrol.co.uk) four years ago. “I was disgusted by the impact it was having on the surrounding wildlife,” says Lizzie. “I think I channelled the eco-anxiety into doing something to try and bring more awareness to it. Setting up Plastic Patrol was my way of acting on the problem and feeling like I was contributing meaningfully to solving it.”

Now an international programme, activists in local communities organise fun activity-based clean ups, from paddle boarding to yoga, free running and canoeing. “We remove and log plastic waste where we find it along the way,” explains Lizzie. “We then come back to base and add our collections to the Plastic Patrol app, logging each and every piece so that our partner scientists can identify trends and hotspots, and start tracing the problem back to the source.” 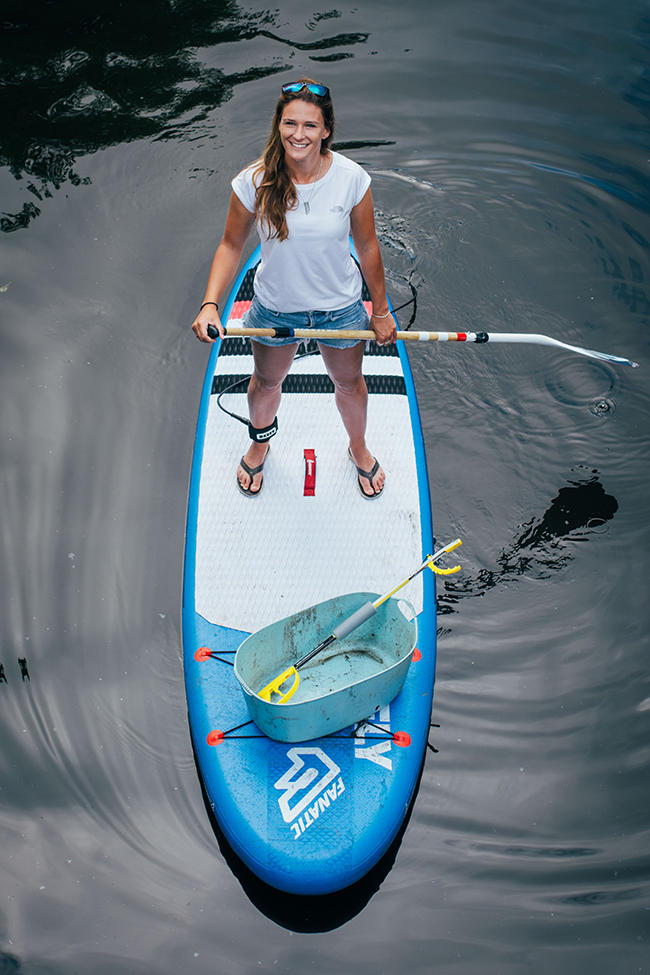 The data collected is analysed by scientists at the University of Nottingham and creates vital evidence to help inform public policy around smarter and more circular packaging solutions, and responsible manufacturing behaviour.

It’s campaigns like this that provide us with hope. Take a step back and consider how you, personally, can do your bit. “A mindful practice introduces balance and wisdom into our response,” says Angelina.

“When we consciously encompass a broader perspective it reduces the narrow and often negative response we have to a terrifying statistic or news report on climate change. If you ingest lots of negative environmental information, look to balance this with positive information, projects and innovation. Band together on social media with like-minded eco-warriors and introduce a sunnier and proactive influence.”

By going vegan, you are already helping to reduce greenhouse gas emissions, and if you buy local, seasonal food then even better. Read more on this subject at activesustainability.com and start channelling that anxiety into change. 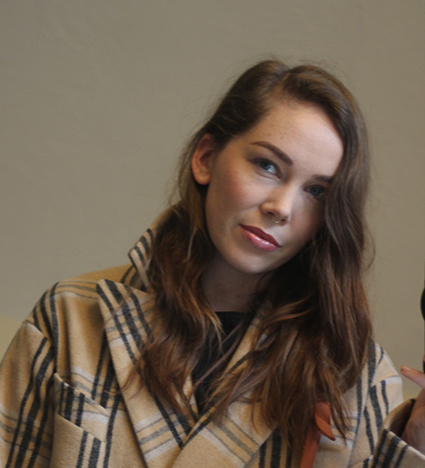 Colette Joanne Earley is a freelance writer based in Bristol. As well as following a vegan lifestyle, Colette loves to do yoga, travel the world and has dreams of owning a miniature dachshund.