How fishing is destroying the ocean, not just plastic straws

When you read the words ‘plastic pollution’, I bet there are a number of framed images your mind conjures – an olive ridley sea turtle with a plastic straw stuck up his nostril or a flock of wedge-tailed shearwater fledglings on Lord Howe Island with hundreds of plastic fragments being pulled from their stomachs.

They’re the distressing signals of a crisis at hand – a direct result of our ‘single-use convenience’ and consumerism.

Since the 1950s, more than 8.3 billion tonnes of plastic has been produced. It’s a highly versatile, lightweight and durable material that’s easy to mould and shape.

We use it in life-saving medical equipment such as disposable syringes, intravenous blood bags and heart valves; renewable energy sources such as wind turbines and solar cells; and hygienic packaging for the transportation and sale of food and drink.

It’s a material that floods our homes, our workplaces, our entire existence. Yet, shockingly, only nine per cent of it has ever been recycled! 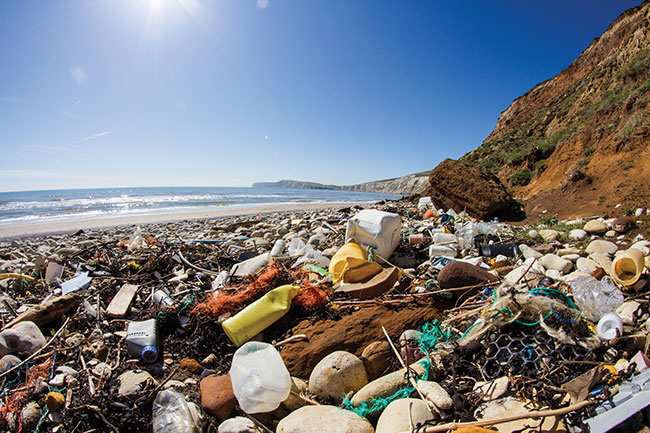 Is recycling enough to save the ocean?

For years, we’ve reaped the benefits of the plastic revolution without any real consideration for the impact it has on the environment or what we’re supposed to do with it once we’ve finished with it.

Given most plastics don’t biodegrade, but instead slowly break down into smaller and smaller pieces, while others take between 450-1,000 years to decompose, it’s likely that every single piece of plastic ever made still exists!

Although plastic is technically recyclable, the multitude of different polymer types means that it’s much more difficult to recycle than glass or paper.

It’s a complex and costly process resulting in low-grade material, which means that a high proportion of plastic is inadequately disposed of and ultimately finds its way downstream to pollute our waterways.

The UN estimates that each year eight million tonnes of plastic leak into the ocean, which they equate to dumping ‘a garbage truck of plastic every minute’ – Imagine that for just one second.

The first oceanographic study to examine the amount of near-surface plastic debris in the world’s oceans was published in 2014.

However, scientists first began noticing plastic marine debris as early as the late 60s, while carrying out studies on plankton.

It’s a topic of conversation we’ve been having for a while. We’ve introduced 5p charges on single-use plastic bags, installed water refill stations to make carrying our own water bottles hassle-free, encouraged consumers to opt for reusable coffee cups with attractive discounts on our daily fixes, switched out the plastic sticks of cotton buds for paper and made stainless steel, bamboo and even paper straws trendy.

Nevertheless, nothing quite propelled the issue into mainstream consciousness quite like Blue Planet II.

Sarah Conner, Blue Planet II’s assistant producer, told Newsbeat: “There would rarely be a dive where I wouldn’t find some form of plastic from a thread of plastic fishing line, sweet wrappers or plastic bottles”. Having spent six years at sea myself, I don’t doubt that at all. 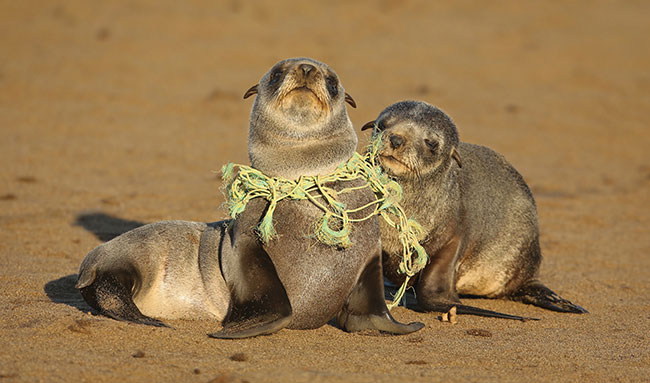 So while I applaud Blue Planet II for attempting to blow the plastic lid off a disposable coffee cup and uncover the impact our modern-day convenience is having on marine wildlife, I’m not entirely convinced the message was clear enough

Sir David Attenborough tells us that “the future of all life depends on us” and I don’t disagree, but in order to truly save the planet from ourselves we need to do more than switch out single-use plastic, we need to start addressing the deadly ocean plastic few seem to talk about… Abandoned fishing gear.

Each year a reported 640,000 tonnes of fishing gear is lost or discarded at sea – the impact of which goes well beyond pollution.

Otherwise known as ‘ghost nets’, this abandoned gear goes on fishing long after abandonment, to the detriment of marine habitats and the very wildlife celebrated in Blue Planet II’s other six episodes.

In fact, ghost nets are the biggest killer in the ocean, catching seals, whales, dolphins, turtles, sharks, guillemots, albatross, crabs and, of course, fish. They destroy hard and soft coral and are responsible for wiping out entire ecosystems. You name it, they kill it.

Unlike earlier nets made from hemp, which would naturally biodegrade over time, modern-day industrial fisheries have opted for ones made from plastic polymers to improve breaking strengths and lower replacement costs.

It makes short-term financial sense, but it’s not sustainable in terms of fisheries management, aquaculture or marine conservation. Over the next 10 years, plastic waste in our oceans is set to treble and we’re being warned that by 2050 there’ll be more plastic swimming around the sea than fish.

Reducing our plastic consumption is of course a great first move. We should all be shifting towards a zero-waste lifestyle and attempting to find solutions to problematic waste management, which is where the majority of plastic pollution originates.

We have a 2042 target date for achieving zero avoidable plastic waste, yet nowhere are we being told that reducing our fish consumption, or eliminating it completely, would get us there much quicker. 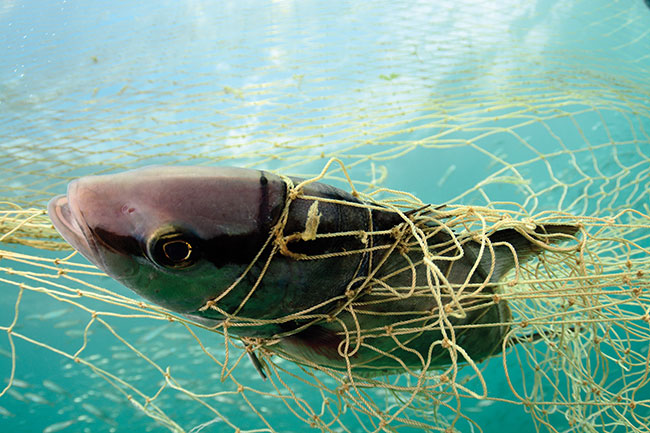 At a talk I recently attended on plastic pollution, by a pioneer of the plastic ocean movement I might add, I was shocked to learn that the presenter still consumes seafood.

Despite the images, the audience was shown of fish under the microscope with micro-plastics in their bellies, she continued to maintain that fish is ‘good for us’.

Aside from the obvious impact of plastic pollution from discarded fishing nets and the suffering fishing inflicts on all marine creatures, the consumption of seafood also poses a significant health risk for us.

Toxic chemicals ingested by fish are absorbed into their flesh and fat and, as a result, are released into the food chain.

Shellfish lovers for example are eating up to 11,000 plastic fragments in their seafood each year and a third of UK-caught fish, including cod, haddock, mackerel and shellfish, were found to be contaminated with plastic.

Although it is not yet known how harmful human exposure to these chemicals is, it has been suggested they provide a medium to ‘facilitate the transport of other toxic compounds such as heavy metals and persistent organic pollutants to the body of organisms’.

For me, that’s enough to suggest eating fish is actually quite bad for us.

So while ditching straws is great, if we truly want to live a plastic-free life and save the planet, we need to stop fishing!

Ready to ditch fish?
Here are 14 vegan fish recipes that taste like the real thing! 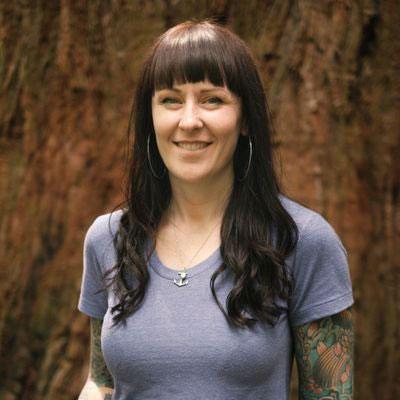