How can veganism impact your mental health?

Lauren Depass examines how veganism affects more than the body. 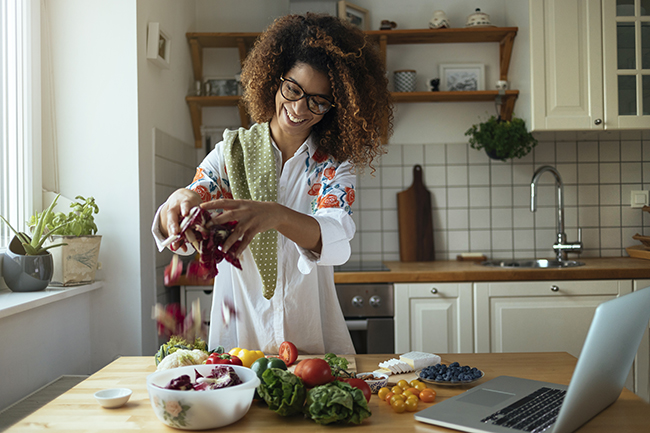 Is being vegan healthy? Usually when asked this question, we often relate it to physical health. Are we getting enough protein, enough calcium for big strong bones? And our answer is usually a big fat YES. Over the years the stigma of mental health has decreased (although, we still have a long way to go), but people are talking about it and being open. As a global society, more people are beginning to realise that our mental health is just as important as our physical health.

This got me thinking. Over the last year of being vegan, have I noticed a change in my mental health? One morning I was in bed and drew my mind back to previous years, where was I in my life and how did I feel mentally and physically? Am I happier now? I came to the conclusion that yes, I definitely feel happier, which lead me to dig deeper and figure out why.

First of all, I did what the majority of us would do and turned my questions to trusty Google. I spent hours scrolling through numerous articles on veganism and mental health and surprisingly, 99% were negative. Many blamed a lack of vitamins, some even compared a vegan lifestyle to an eating disorder! Although a few had studies to back up their conclusions, I wasn’t satisfied with the answers. So, I decided to write down my own beliefs. Depression and anxiety have controlled my mental health for many years, and I believe having this first-hand experience is important if you are going to look at how a vegan diet could impact you mentally. 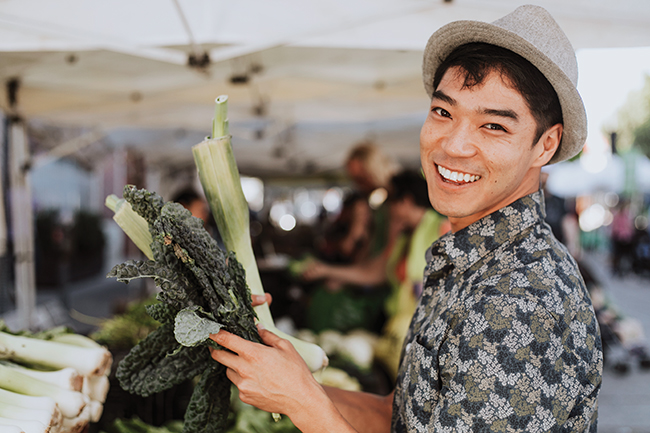 They say an excess of fatty foods, such as meat and dairy, weighs people down. It can leave you feeling sluggish and they’re not wrong. Before going vegan, I was addicted to cheese and felt the need to have it with every single meal; because of this, I would spend at least 50% of my day yawning and feeling bloated. This caused my productivity and energy levels to plummet. I’d end each day drained and with the same realisation… I could have done more. Then there’s the limitless availability of junk food, and what tastes better than junk food when you’re feeling drained and a bit lazy? That’s right, nothing.

Since giving up meat and dairy, I’ve felt a lot more energetic, productive and overall healthier in my mind and body. Cooking no longer feels like a chore and even now in 2019 as we welcome the vegan Greggs sausage roll and numerous vegan pizza options in the supermarket, the vicious cycle of lazy, lethargic Lauren living off junk food has been broken!

Let’s talk about food guilt. No, I’m not talking about the guilt you experience after eating a whole tub of ice cream or an extra-large packet of crisps (definitely not made for one). One of the main reasons people turn to veganism is animal cruelty, in fact it is the main reason I am. Many argue, if you love animals why aren’t you vegan? And I completely agree. If you were to ask me three years ago as a meat eater if I loved animals my answer would have been a big fat YES, more than humans.

Growing up I’d become completely desensitised to what was on my plate and how it got there. Deep down there was always something nagging at me whenever I visited a farm or played with my pet rabbit, and I didn’t truly understand what it was until I gave up meat all those years ago, it was guilt. 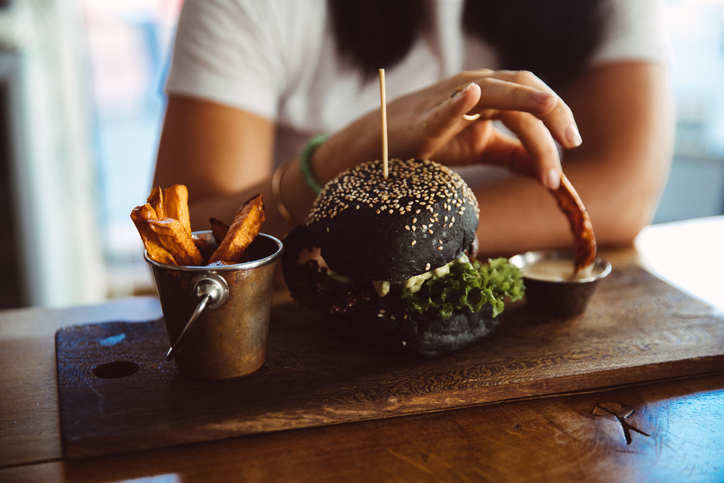 I then became pescatarian for a few years after seeing animal cruelty first hand and that feeling went away, until one evening my friend spoke to me about the realities of the dairy industry. It was that evening that I decided to make a life-long commitment for positive change in my life, both for the humanity that I felt and the physical and mental improvements that I desired. I became vegan. I knew if I carried on eating dairy, that overwhelming feeling of guilt would come back. Since that evening, the feeling of guilt is replaced with pride, knowing that each day I’ve made a difference.

One of my main worries when turning vegan was being isolated. My family, partner and the majority of my friends still eat meat and I had visions of having to carry a soya milk carton with me everywhere I went, to have a decent cup of tea. It’s no secret that a lot of people still have misconceptions of vegans, there are still many out there that will confront you and try to make you feel crazy, and with my anxiety levels being on the high side, this was not something I was looking forward to. 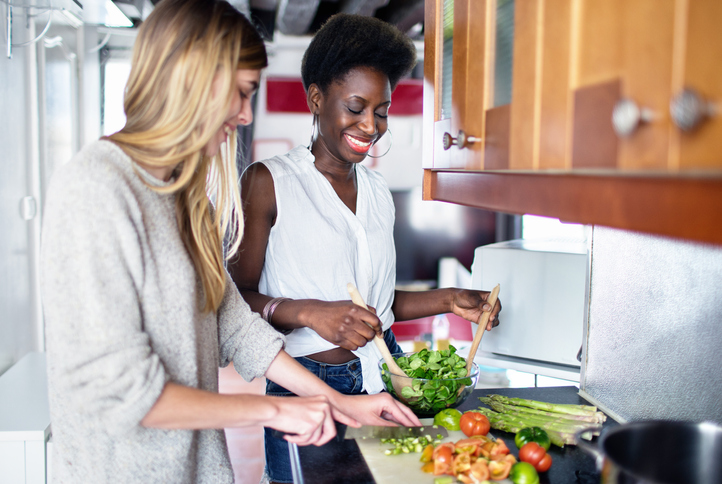 Although, the little things I feared do happen from time to time, the incredible vegan community more than makes up for it. The number of Facebook groups I’ve joined and Instagram friends I’ve made over the last year has been phenomenal and as the majority of vegans share the same goal, they’re all so friendly and welcoming. I’ve never been part of a team sport, a musical group or a ‘club’, so having a group to bond with, who share the same interests whether it’s vegan beauty products, food or cleaning products, has been great!

Mentally stronger than ever

Throughout my life, I’ll admit, I’ve often gone along with other people’s views to fit in. At times this has left me feeling a little lost and not always knowing who I am or what I stand for. When I did speak out or offer my opinion, I’d feel offended and question myself when they didn’t agree.

Since becoming vegan, I’ve lost count of the number of people who have questioned me on it. ‘But why would you give up dairy, cows aren’t hurt by being milked?’, ‘how could you give up bacon, I couldn’t live without bacon.’ But not once have I questioned myself because this is something that I feel extremely passionate about, something nobody can take away from me. Never did I think I would give up food that I loved to help another living creature. The whole vegan journey so far has been eye-opening and I’ve a feeling, it’s only going to get better.

Let’s face it, there are endless reasons of how a plant-based diet can positively impact your health. What’s better than knowing that each day you eat vegan, you could be saving at least 1 animal, 30 sq. ft. of forest and 1100 gallons of water. 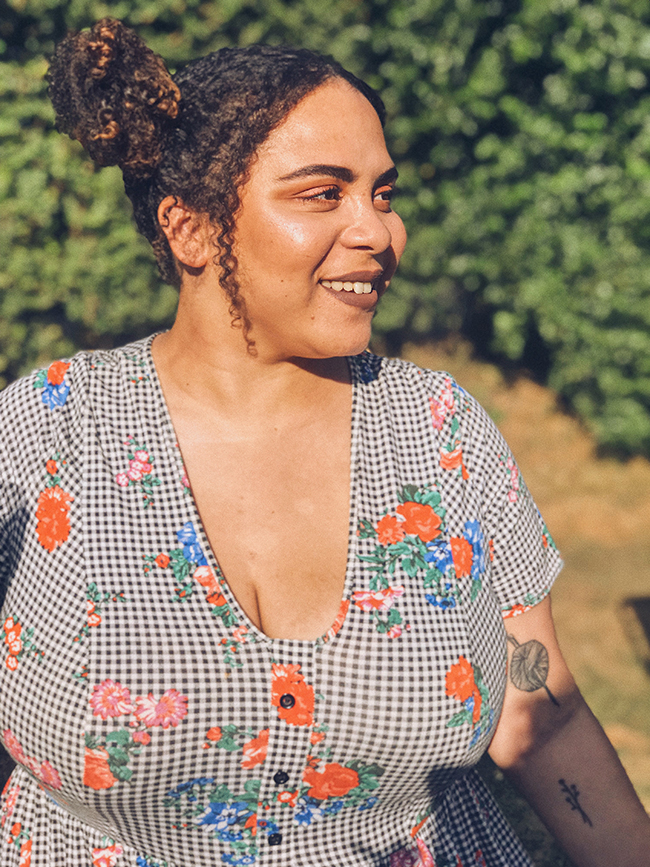