A guide to vegan beer: Which cider and beer brands are vegan?

Tough week? Celebrating with friends? Charlotte Willis shares the vegan and animal-friendly ways to enjoy a drink (or two!) with our guide to vegan beers.

A vegan walks into a bar… a vegan bar… no, really. Once considered something from a parallel universe, bearded brewers and alcoholic alchemists have begun a stark transition from traditional to innovative.

This should come as no surprise, because the UK’s population has never been more aware and inquisitive towards exactly how and what goes into the production of our food and drink.

Drinks companies and micro-brewers alike are bucking the trend, shifting production of innovative and creative beverages towards a more sustainable, and indeed vegan-friendly, way of modern alcohol production.

Why not all beer is vegan friendly

If you’re anything like me, when I’m asked what kind of products I choose to avoid as a part of my vegan diet, beer and cider are not the first things that come to mind.

In fact, if it hadn’t been for my father (who previously worked for a large brewing company) informing me of the way in which traditional ales and beers are ‘refined’ in mass alcohol industry practices, to this day I would still be as naïve.

The truth is, there’s something fishy going on.

Beer and cider are produced in processes of fermentation. The method by which adult beverages are created involves yeast. The yeast gets to work on consuming the sugars and starch from the watery-mulch solution of hops and grains for beer, and fruits for cider.

As the yeast feeds and ferments, the spores develop the alcohol content. After this maturation has occurred, the liquid is often clouded with excess yeast that can also alter aspects of flavour.

Many alcohols are filtered or left to naturally separate the yeast and proteins for weeks at a time. Natural so far, but here it gets complicated.

What are finings and why arent they vegan?

For many large-scale manufacturers of beers and cider, waiting for the yeast to settle is not cost-effective, and so a process is used – ‘fining’, and it’s during this process that alcohol production takes a peculiar turn.

Fining traditionally uses a part of a fish’s swim-bladder called isinglass, which is extracted from certain species of tropical fish such as catfish and drumfish, known to have a large swim-bladder rich in collagen proteins.

Yes, you read that right, parts of fish. It’s enough to put you off your drink!

The collagen found in isinglass attracts the remnants of any yeasts and other undesired particles suspended in the alcohol, leaving a clearer liquid that can be pumped easily from a cask without the risk of over-clouding.

According to the Good Beer Guide editor Roger Protz, “Isinglass is odourless and tasteless and doesn’t impact on the pint in your glass.

But, as it’s derived from fish, many drinkers are unhappy with its use in the brewing process.” Safe it may be. Vegan, and indeed ethical, it is most certainly not. 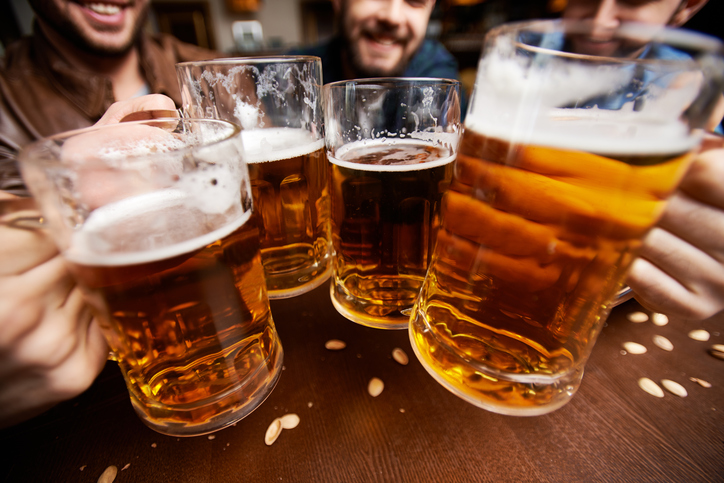 Honestly, this left me baffled! Why on earth would anyone want to use such a bizarre processing aid in the production of alcohol?

Even if isinglass has traditionally been used, it frustrates me that in modern-day life many vegans and ethical drinkers may be unintentionally consuming drinks that are manufactured in such an inhumane manner.

I first came across Bristol-based company Moor Beer. The brewery was founded in 2007 by Justin Hawke, after being inspired by sampling traditionally cloudy German beers.

This law ensures quality and standard ethical practice during production.

Justin explains: “In my opinion, isinglass has a negative effect on aroma, flavour and mouth-feel, so we took the bold decision to stop using it many years ago.

“Although it was difficult at the time, being the only ones going against tradition, we felt very strongly about it, so persevered through the challenges.

“We overcame them through a lot of positive communication, education and, at the end of the day, the beer is so much better when it is unfined.

Moreover, Hawke added: “After our success, we inspired a lot of other brewers.

“Thankfully we have helped change the public perception and it is much more common to find vegan-friendly beers now.” 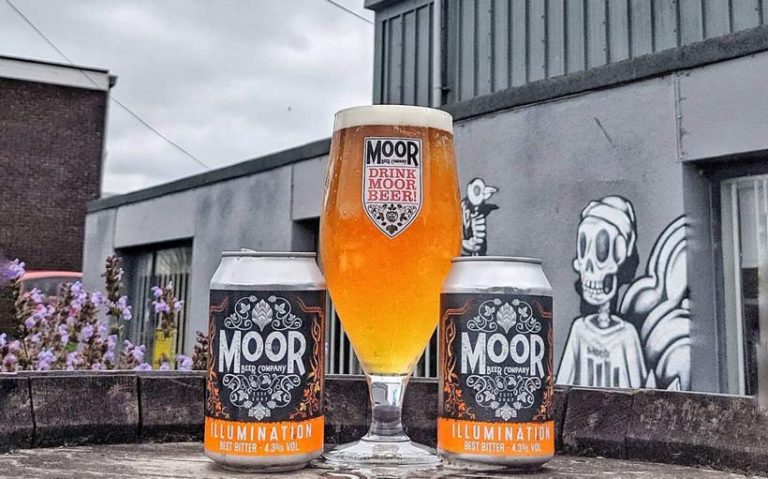 If you want to make sure your beer is free from animal ingredients, don’t forget to check Barnivore’s handy app.