‘Green shoots’ optimism: How veganism could grow out of coronavirus

Amid the coronavirus crisis which is leading many people to go without their usual daily essentials, an unexpected consequence has arisen - the opportunity for more people to try a vegan diet...

When the coronavirus first descended upon the UK the public reaction was panic and hysteria. Shocking images of NHS staff and other key workers facing empty shelves of daily essentials such as bread, milk and eggs exploded across social media.

However, this sudden scarcity has opened people’s minds to alternative food options and an unexpected consequence has arisen – the opportunity for more people to try a vegan diet.

Alice, 22, expressed “There was a point where there was no meat, milk or cheese in our local supermarkets.” As a result, she has significantly reduced her meat consumption, and instead experimented with meat-free recipes and also tried vegan burgers and sausages as an alternative. Even more encouraging, she intends to add these products to her diet even after stock levels rise again. 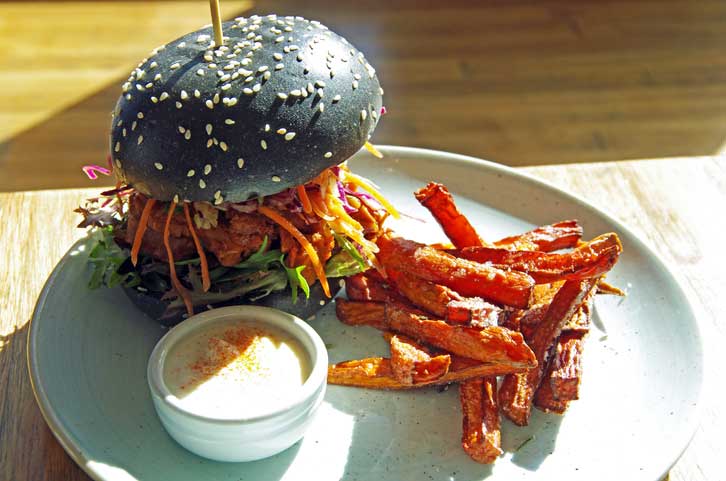 It is also notable that supermarket trade itself has decreased, as some consumers have been avoiding supermarkets and instead placing orders with local farm shops and greengrocers.

Ellyn, 30, who already incorporated vegan meals into her diet, remarked “I haven’t bought fish for weeks because I’m not going to the supermarket, so I’ve not been eating my usual 1-2 salmon portions per week.” Ordering from such local businesses has in general encouraged people to consume more fruits, vegetables and legumes which is beneficial to everyone. Moreover, shopping locally and seasonally like this can avoid the temptation offered by shelves laden with dairy-filled snacks – reducing the amount of animal products bought.

Homemade banana bread is dominating social media feeds during quarantine as cabin-fever takes over and baking seems to be the only cure. Luckily, as vegans know, mashed bananas work as an excellent egg replacer in cake recipes, and therefore banana bread is possibly the easiest cake to make without eggs, and vegan.

Moreover, features found in BBC Good Food and the Guardian on eggless baking demonstrated to the wider public that animal products aren’t necessary for delicious cakes and sweet treats. The positive implications from this is that consumers consequently won’t buy as many eggs once stock levels return to normal as they have now realised such products aren’t needed. In other words: come to the dark side, we have vegan cakes! 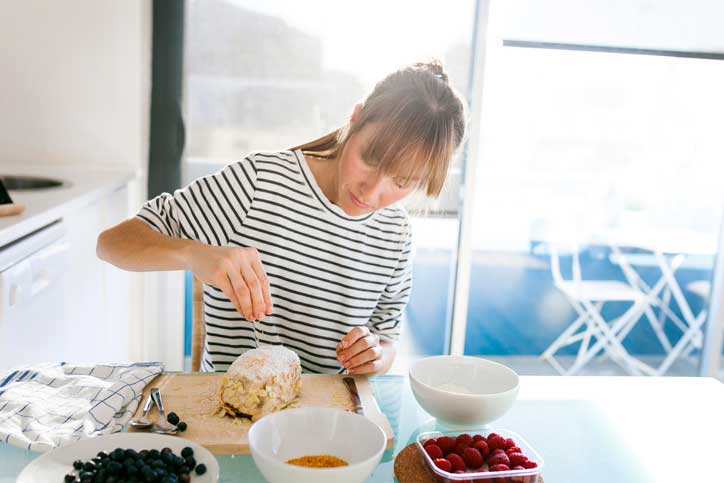 It is even more positive that popular chefs and cooking channels have embraced the challenges of cooking without the wide variety of animal ingredients they are used to. In particular, Jamie Oliver, who was already moving away from meat-heavy recipes has been reacting to the lack of high demand products like eggs and adapting his recipes to suit this. His new ‘Keep Cooking and Carry On’ series on Channel 4 featured an eggless chocolate pudding, which although not vegan, could easily be adapted and demonstrates that even rich and decadent desserts can be achieved without these animal products.

Similarly, MOB Kitchen, who rose to fame on Instagram, recently responded to their follower’s inability to find eggs by creating recipes where the egg is replaced with vegan alternatives. One example of this was a Shakshuka, traditionally cooked with eggs, which instead featured dollops of creamy Tahini.

Although vegan cafés and restaurants have been forced to close their doors in the lockdown, small businesses have adapted to the new norm and found innovative new ways of staying afloat whilst supporting their local communities.

One example is Hanks Deli in Suffolk, which has re-opened its doors as a vegan supermarket and delivery service, providing the surrounding area with fresh fruit and vegetables, vegan staples, and those ‘essential’ vegan treats.

They have had an incredible response, and report that many non-vegan customers have been trying their vegan cheeses and deli slices. The sense of comradery and community emerging from this crisis is a truly positive sign and demonstrates that veganism can thrive in hardship – it’s here to stay.

What this crisis has done is give us the opportunity to slow down, educate ourselves, and try new things. This can only be a positive thing for the future of Veganism and, although swathes of anxiety may dominate our feelings in this time, there are beacons of light in adversity.