Veganism is a hot topic, but increasingly parallels are being drawn by the media between the rise in veganism and the escalation in eating disorder sufferers. Jerry Silvester explores whether there is any credence to these claims, or whether veganism is the latest scapegoat. 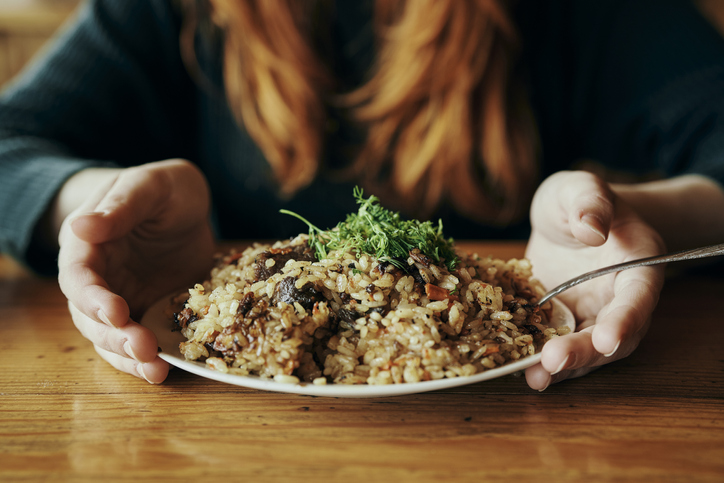 If you follow current news or are on any form of social media, it’s likely you may have noticed the current default trend in journalism and on Instagram in particular, associating and often blaming, veganism for an escalation in eating disorder sufferers.

Fear fueling, defective and fallacious headlines are frequently appearing, such as ones catechising readers, ‘Do you want your scoliosis to improve? Eat more dairy.’, as well as the supposedly ‘supportive’ groups that have been set up with their sole purpose being to demonstratively ensure people eat a deliberately ‘non-plant based’ diet, in order to ‘cure’ their eating disorders.

I certainly wouldn’t be the first to say that the media still has a long way to go when it comes to accurately portraying mental illness in any form, and with the excitement rapidly building around vegan and ‘plant-based’ lifestyles, I suppose it was inevitable that opportunists would exploit this popularity in a way that benefits their desired agenda, or simply to create sensationalised headlines.

Following such an influx of articles on this subject matter, it’s most concerning that the seemingly definitive message that is being put across to many, possibly very vulnerable people, is that a specific dietary choice can be solely responsible for an often multifarious mental health issue.

Statistics show that in the UK alone, 1.6 million people are suffering with an eating disorder of some form, with many going undiagnosed. This fact makes it all the more significant that content discussed, is both accurate and productive.

Experts are yet to agree on the exact cause, and like most mental health conditions, genetic and sociological factors can both contribute to, and/or raise the risk of an eating disorder. Attempting to blame or shame the specific dietary choice of the sufferer, serves no purpose whatsoever in the role of recovery.

Society as a whole could massively benefit from coming together to uplift and educate each other, even when our values regarding the food we choose to eat, don’t entirely align. 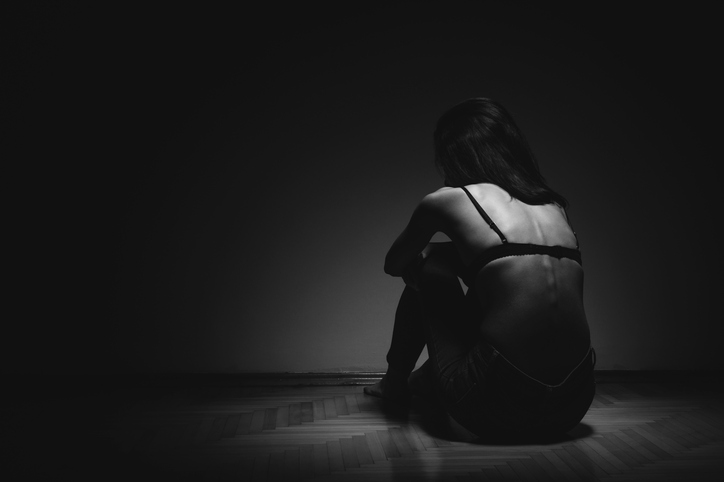 As well-intentioned as these articles, Instagram pages, and believe it or not, actual published books, maybe, discussing the concept that choosing to eat a plant-based diet could possibly be dangerous for a sufferer, could have imminent damaging consequences, both emotionally and physically. It’s reinforcing the notion that someone or something can be BLAMED for the eating disorder.

Shame is the most prominent characteristic to engulf many sufferers. Shaming someone for their choices in such a way is nothing but outright detrimental. Eating disorders don’t discriminate. Meat eaters, pescetarians, and yes, vegans, are all susceptible to suffering from a mental illness. There is absolutely no substantiated proof to link any of the above to an eating disorder. Restricting the intake of nutrients that our body requires is dangerous, no matter which classification, if any, you feel you fit into.

The facts are, you need to intake certain nutrients in order to contribute to being a physically functioning human being. All of which can most definitely be accessed, in abundance, as a vegan. Food restriction is a familiar foe for many with disordered eating, whether they eat animal products or not. What is important, is the relationship built with food itself, eating, and the intentions to recover and live healthily.

As someone who has recovered from an eating disorder whilst eating a vegan diet, (becoming vegan actually saved my life, and helped me develop the healthiest relationship with food that I have ever had), I wholeheartedly believe that any ‘advice’ that is being discussed should be considered with an open-minded, yet comprehensive approach. 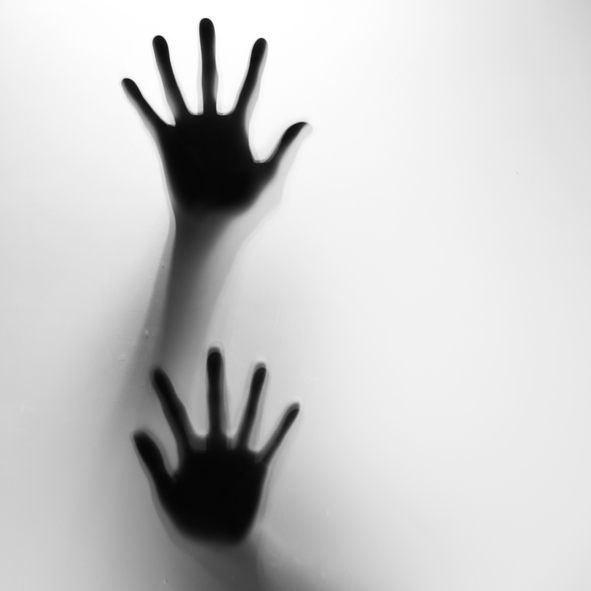 My patterns of disordered eating were complex but were primarily formed out of fear and in an attempt to ‘fix’ myself. I’d suffered with a mystery illness for many years that I had blamed food for. I partly distracted myself from such health concerns by over exercising and under eating, and I partly, (wrongly), believed I was helping myself by restricting my intake of anything I perceived as potentially problematic.

I was in a repeatedly self-perpetuating harmful cycle with eating. I couldn’t see an end to the distress and fear I felt surrounding food. The inevitable happened, and my already dangerously toxic relationship with food, continued to deteriorate and its all-encompassing impact on my life was crippling. My eating disorder was deeply private, demanding, personal, chronic, isolating, devastating, but it most definitely wasn’t a choice.

At an unrelated appointment with a wonderfully thorough and intuitive nurse practitioner, she asked me if I’d heard of a particular doctor that recommended treating all kinds of diseases with a plant-based diet. At the time, any discussion about food was too much to bear, but I was desperately unwell and was intent on finding a way out of the deepest, blackest hole I had become accustomed to residing in.

My newly found knowledge of the existence of this doctor and his research was unexpectedly thought-provoking. I started doing the most minimal research, as did my family. The word ‘vegan’ wasn’t regularly used initially, nor did it feel necessary to categorise the diet I began undertaking, nonetheless, I happily knew I was no longer eating any animal products.

I slowly and tentatively, began to educate myself about food in ways I had never before. No longer obsessively, and no longer through fear. I finally made the association of the importance of nutritious food, to a healthy body. I started to actually enjoy learning and understanding all of the incredible benefits my body would experience from eating certain foods. 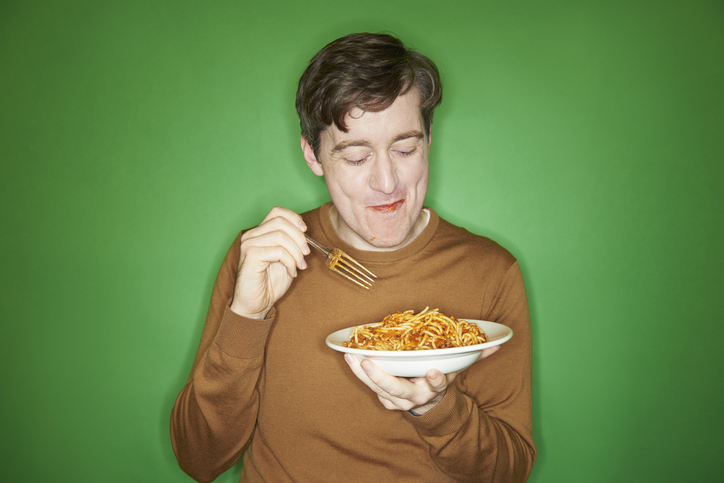 Eating disorders are complex, multi-faceted entities, often working hand in hand with other mental health issues, (in my case, coupled very cosily with OCD). They are diseases that are deeply misconceived and neglectfully mischaracterised. What they are not, is a stem on a dietary trend tree, a food fad or a lifestyle choice.

I don’t agree with the double standard that entails shaming and dictating how one should recover. I’ve recovered from an eating disorder AND I’m vegan. Becoming vegan saved my life in many ways, and although I know that won’t necessarily be the case for everyone, I would encourage fellow sufferers to please remember to try to make decisions that are informed ones. Seek advice in whatever capacity you feel able to cope with, and of course always try your best, (trying your best is all you can ever do, and is undeniably brave), to ensure that you are getting all of the vital nutrients from all of the necessary foods.

You do not have to allow someone on Instagram who has thousands of ‘followers’, but is actually unqualified and ill-informed, to undermine your very capable brain and tell you what is most fitting for YOUR recovery. 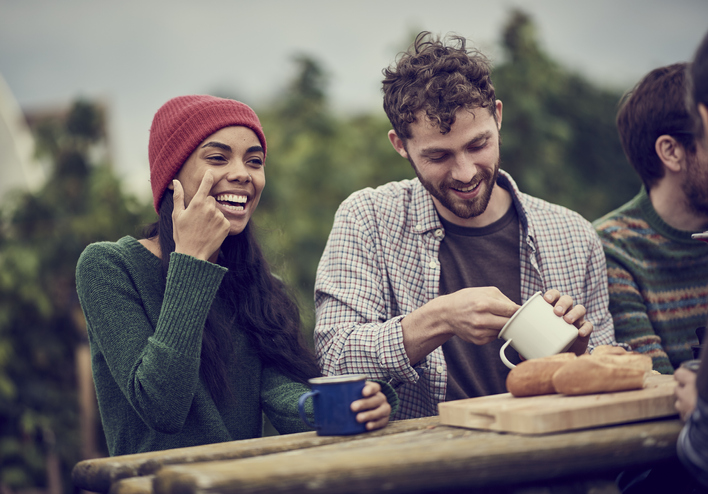 As a society, and as compassionate, intelligent humans we have a responsibility to ensure that in the very least, we aren’t sustaining any incredibly dangerous messages surrounding an illness of any kind. It is an undoubtedly harmful thing, to say that there is one right way to recover, from anything in life.

Recovery is a personal process, it’s not linear, and it’s certainly not to be dictated by anyone else’s trepidations. You are capable, and you are able to determine exactly what recovery looks like for you, but most importantly, you are not alone.