Should vegans feed their pets meat?

A tricky issue for many vegans is the question of whether we should feed out pets meat. We look at both sides of this hotly debated topic...

As vegans, we love and care for our companion animals deeply, and only want the best for them. But when it comes to feeding them, it’s a tricky issue that causes a lot of debate.

While humans can thrive on a plant-based diet, it’s less clear when it comes to animals like cats and dogs. Many people such as Lewis Hamilton have sung the praises of a vegan diet for their pets, but others argue that it’s unfair to make them eat what we do.

So, let’s explore both sides of the debate to help you decide for yourself.

Dogs are natural omnivores – they’ll eat practically anything. It’s what they do. Dogs chase rabbits, and if they catch one, they’ll eat it. Dogs have big sharp teeth for biting things. There’s nothing they like more than bones.

We simply don’t have the right to impose our dietary ethics on other species. Forcing a dog to be a vegan is no different to putting a tiger into a circus ring and forcing it to jump through a flaming hoop. They’re not on earth for our entertainment and we have no right to try to make them like us.

Far too many people equate loving animals with trying to make them into quasi humans, dressing them up, hugging and kissing them, sharing a bed with them. They’re not our children. 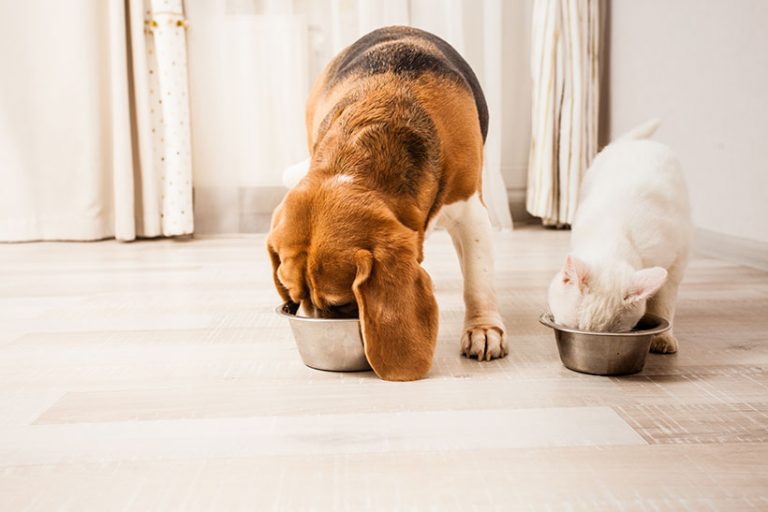 "No other animal attempts to change the nature of other species by forcing them to live in unnatural environments or eat unnatural diets." Image credit: oksix via Adobe Stock

Treating animals as if they were more or less human denies their true nature. We might prefer them not to exhibit any of the less pleasant animal traits like fighting, sniffing each other and rutting in the street.

But by imposing our own morals and ethics on them, we are sanitising animals and trying to stop them from being the animals that they are. That makes it easy for other people to say that we are deluded sentimentalists when it comes to animals and that we don’t live in the real world.

Would you give a dog jelly and ice cream? Of course not. So how can you justify giving a dog food made of wheat or carrots or seaweed? You can’t expect a dog to eat a human diet, any more than you can expect it to sit up straight at the table and eat with a knife and fork.

No – vegans should not feed their pets meat

As a vegan, you make an ethical decision to refuse to support the meat industry. It’s about seeing what is really going on, and wanting no part of it. It’s about putting your money where your mouth is.

Humans don’t need meat and it’s easy for us to just say no. Some animals are ‘obligate carnivores’ – they have to eat meat, they’re not built to survive on a meat–free diet. Cats need taurine in their diets and a deficiency can cause blindness. They’re natural hunters.

Dogs, however, are natural scavengers and have been electing to live close to humans for centuries, surviving on what we waste and throw away. They can live very happily on a meat–free diet. 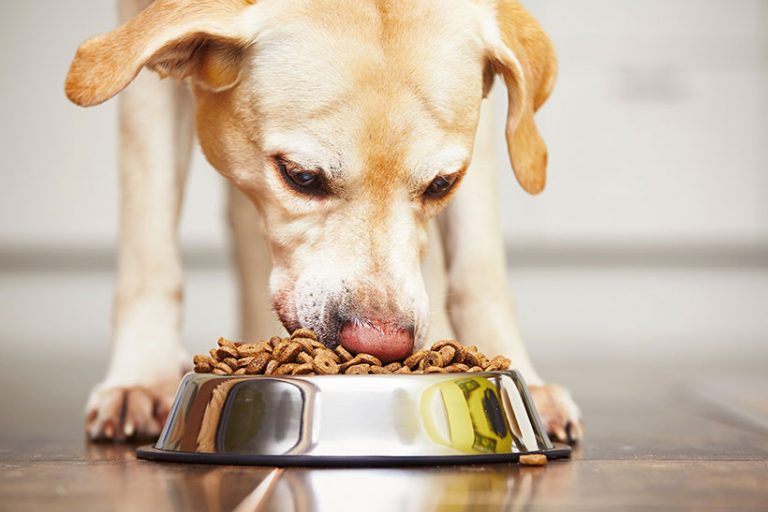 Buying meat–based dog food props up the meat industry because it provides a market for slaughterhouse products that are not considered fit for human consumption, effectively creating an extra income stream for people who make money out of killing animals.

There’s a saying, ‘You wouldn’t give it to a dog’ – but that’s exactly what many dog owners do, when they choose to give unidentified, unidentifiable mashed up canned meat to their pets.

Some people tackle this issue by going to butchers and buying unwanted offcuts of meat – at least you know what it is and where it came from – but surely a better principle is that if you wouldn’t eat it, you shouldn’t expect your pet to eat it either.

Would you feed meat to your children? Just like a child, a pet dog relies entirely on your judgement when it comes to food – you can choose to feed it junk, or you can choose to provide a healthier diet – it’s your call and it’s your responsibility.

Feeding a dog a vegan diet isn’t about forcing your views on an animal, it’s about doing what you think is the responsible thing. And it makes a great talking point when you can say, ‘I’m a vegan, and so is my dog – and we’re both looking pretty fit, don’t you think?’

Want to explore this topic in more depth? Check out our article on feeding dogs a vegan diet.