Sally-Anne Bedford debunks myths about our porcine pals… and confirms some too! 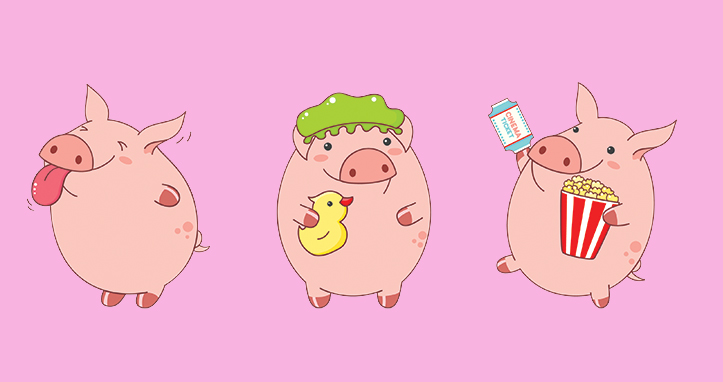 When I tell people that I live with five pigs, the response is always effusive. They are an animal that is universally loved, one that fascinates and intrigues in equal measures. From Peppa and Babe all the way through to Napoleon in Orwell’s Animal Farm we are very familiar with pigs and stories about them. When we look at them beyond being food, we find a smart and emotional animal that far exceeds our expectations.

I have lived with pigs for eight years and I am always surprised at how misunderstood this intelligent and emotional animal is, so I want to look at some of the myths and facts that surround them…

If someone tells you they are ‘sweating like a pig’ you should feel free to wander up to them, stick your nose in their armpit and take a good sniff, because this must mean, like pigs, they aren’t sweating at all. Pigs aren’t able to sweat like we do and that is why you will see them sitting belly deep in mud in the summer months – this is their way of cooling down. If you have pigs and don’t provide a mud bath, they will start to shovel out the earth themselves with their powerful snouts, it’s then just left for you to fill with water! 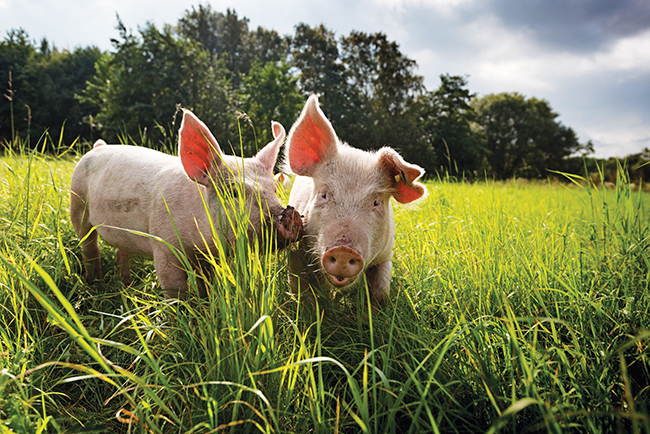 Pigs are not dirty, on the contrary they are cleaner than most human beings I know, and they are certainly tidier than I could ever wish to be. They won’t poo or pee where they eat and sleep, if confined they will make a ‘toilet’ area as far away from their bed as they can. Other than dust and damp from rainy, muddy trotters I would never have to clean out their beds. They are also very helpful with chores – if I place a few slices of straw in the barn they will pick one up in their mouth and take it over to where they sleep and shake it around to ‘make their own bed’.

Nothing makes me quite as cross as hearing my pig’s name used as an insult. ‘Pig’ has become synonymous with sexual predators, chauvinists and dodgy bankers stealing money. In truth, you could not meet a more straightforward and honest animal, Winston Churchill hit the nail on the head when he said: “I am fond of pigs. Dogs look up to us. Cats look down on us. Pigs treat us as equals.” 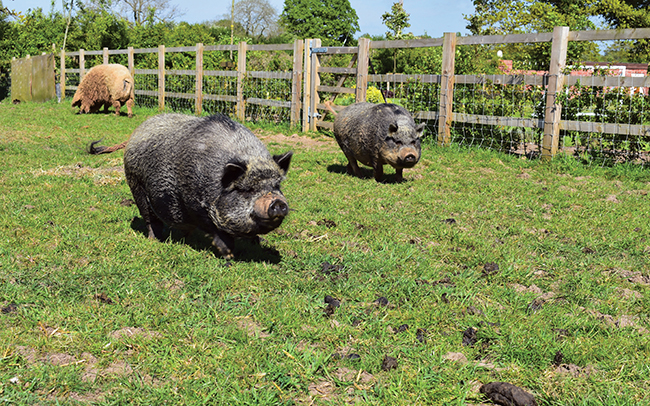 It’s a fun thought that should I ever get so angry with anybody I decide I want to murder them, I can just throw them into the pig pen and never worry about the consequences. However, more likely the stench of the remains will alert the local bobby and I’ll be carted off to the clink before I can say ‘Hannibal.’ Pigs are like any other animal, they express fear, happiness, love and, like us, in some cases aggression. Male pigs have large tusks and they’re like knives, so if you’re caught by one it hurts, and it’s not wise to approach a male in a bad mood, it’s a battle you won’t win. Pigs have been used to dispose of murder victims in the past (they are omnivores), but it’s no more strange dietary-wise than a human disposing of a pig via a bacon sandwich, and that happens every day.

A happy, loved pig is a lazy pig and you’ll be envious at the amount of time they snooze. They love nothing more (apart from doughnuts maybe) than a soft bed of straw to lie in, and they should always have a friend or two to lie with as they are social animals. After a hard day rooting for food in the grass and dirt, surely they deserve a good rest.

I have never met an animal with a stronger will to live than a pig. Five years ago I almost lost a pig to E.coli, I found her slumped in a heap in a bush and she was so sick her face had turned a shade of green. As soon as we attempted to moved her, she fought with everything that she had not to be moved. I dread the vet visiting, because as soon as they approach the knowing pigs either run or screech like velociraptors. I have never been in a slaughterhouse, but my vet told me that the noise is immense, as they all believe they are escaping down the tunnel before they are slaughtered. Never mind Hannibal, there is a horror film right there.

Pigs love their food. The only food pigs shouldn’t eat are onions and parsnips, which can give them mouth ulcers, other than that it’s free rein at the buffet. Legally in the UK, according to Defra, pigs should only be fed on animal specific dried foods, so unlike the days when they were used to get rid of scraps of household waste, today their diet is much less adventurous. But during sickness or a plentiful apple harvest our gang do get the odd treat or two… or three, and when they hear you coming with a bucket of feed, the people in the next town know it’s dinnertime. 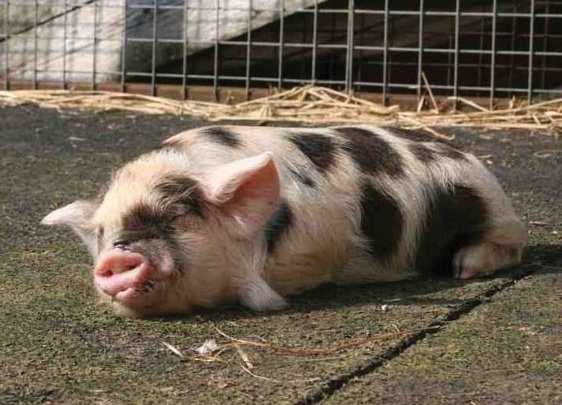 A pig doesn’t care about etiquette or manners. If they want to get out of the pen and you haven’t secured it, then they will get out no matter how much you want them to stay put. It’s not personal, they just don’t care for your rules. A pig living in nature wants to eat, sleep, mud bathe and root, and will do his or her best to achieve some or all of above whenever possible! Let’s get to know and understand this noble animal better and lets pledge to give them the love, respect and care that they so richly deserve. I promise you will never meet a more fascinating and fun companion to share time with… Just don’t expect them to share the doughnuts with you. 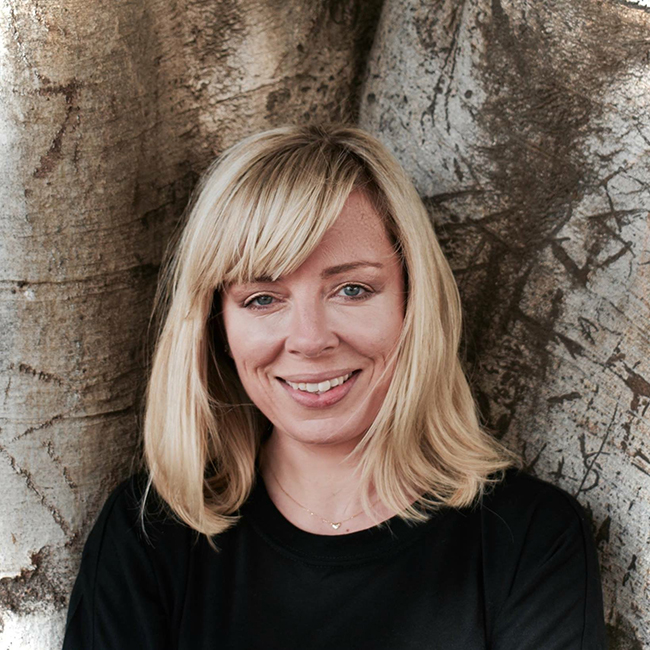 Sally-Anne is a writer and animal artist who has written for international, national and local print and digital publications. A vegetarian since the age of 12 and vegan since 2005, her passion is animals and, in particular, dogs, who frequently pop up in her pet portraits. She shares her life with four dogs, five pigs and a hamster called Ricardo.